Speaking in the White House Rose Garden, at what was billed as a “press conference” in which he would give remarks about China, Trump delivered a rambling 52-minute monologue filled with pre-scripted attacks on Democratic opponent Joe Biden.

As usual, Trump’s comments were filled with egregious lies and other false claims. We haven’t yet had a chance to comb through the entire transcript, but here is a list of the 19 false or misleading claims we have counted so far:

Trump said of an Obama-era housing rule meant to address racial segregation: “You’re going to abolish the suburbs with this.”

Facts First: This is nonsense. (To be specific, it is racially coded nonsense.) Diversifying or integrating suburbs does not abolish suburbs.

Trump denounced a proposal — put forward by a “unity” task force composed of people appointed by Biden and former primary rival Sen. Bernie Sanders — to achieve “net-zero” carbon emissions for all new buildings by 2030. Trump claimed that this “basically means no windows.”

Facts First: That is also nonsense. Buildings with a whole bunch of windows can have net-zero emissions, which means they produce as much renewable energy as the energy they consume. And the task force’s proposal wouldn’t mandate net-zero buildings; rather, this would simply be a “national goal.”

The task force report said: “We believe detention should be a last resort, not the default. Democrats will prioritize investments in more effective and cost-efficient community-based alternatives to detention. We will end for-profit detention centers and ensure that any facility where migrants are being detained is held to the highest standards of care and guarantees the safety and dignity of families. Detention of children should be restricted to the shortest possible time, with their access to education and proper care ensured.”

Trump claimed that Biden and President Barack Obama got bad “marks” in the polls for their handling of the H1N1 pandemic.

Trump claimed that Biden’s son Hunter Biden did not have a job before he was appointed to the board of directors of a Ukrainian natural gas company, Burisma, in 2014.

Facts First: Hunter Biden was employed as a lawyer at the firm Boies Schiller Flexner, an adjunct professor at Georgetown University, and CEO of an investment firm he co-founded. He was also chairman of the board of World Food Program USA.

Trump claimed that there is “tremendous fraud” with mail-in voting.

Facts First: All evidence shows that voter fraud is extremely rare in the US, though it does happen on occasion; experts say fraud is slightly more common with mail-in voting than with in-person voting, but still represents a minuscule fraction of votes cast.

Mail ballot fraud is exceedingly rare in part because states have systems and processes in place to prevent forgery, theft and other nefarious behavior. You can read longer fact checks here and here.

Trump claimed that he will take care of the DACA (Deferred Action for Childhood Arrivals) program “much better than the Democrats did.”

Facts First: This is nonsensical. Trump has repeatedly tried to end the DACA program, an Obama initiative, despite vocal Democratic objections. And Trump has rejected various Democratic proposals to save the program even though they have offered him concessions on his own priorities, like funding for a wall on the US-Mexico border.

Trump claimed that his wall on the Mexican border is “almost completed.”

Facts First: “Almost” is vague, but this an exaggeration; even by Trump’s own account, around half of the wall is done. Trump tweeted Sunday that 240 miles had been built — but that the wall will be a total of 450 miles by the end of the year; he has previously said he wants a total length of as many as 500 miles.
An official government update provided to CNN says that that 229 miles had been built as of July 2. Previous official updates have made clear that a tiny fraction of the miles built — for example, three miles of the 216 built as of June 19 — have been erected where no barriers existed before; the rest have been replacement or reinforcement barriers.

Trump claimed he put a “ban” on people from traveling from Europe during the coronavirus pandemic.

Facts First: This is an exaggeration. His travel restrictions contained multiple exemptions — for US citizens, for permanent residents, for many of the family members of both groups, and for multiple European countries, including Romania, Bulgaria, Croatia and Serbia.

Trump claimed that, after he imposed a travel “ban” on China, House Speaker Nancy Pelosi was “dancing in the streets of Chinatown” in San Francisco.

Facts First: Trump’s restrictions on China were not a “ban,” either — he exempted citizens, permanent and family members in that policy, too — and Pelosi didn’t dance. She just walked around Chinatown in February to encourage other people to visit, amid concerns about anti-Asian discrimination related to the virus.
Trump could criticize her for not taking the virus seriously enough at the time, though he was himself claiming at the time that the virus was under control, but he keeps exaggerating about what she said and did.

Trump claimed that Europe “has never treated us well,” then repeated his regular claim that the European Union was formed “to take advantage of the United States.”

Facts First: Experts on European integration say the EU was not formed to “take advantage” of the US. You can read more here.

Trump claimed that China’s economy had been “flat-lining” for “years and years and years and decades” before it joined the World Trade Organization in late 2001. He also claimed China had been having its worst economic year in “67 years” before the coronavirus crisis.

Facts First: China had experienced significant growth in the years prior to joining the WTO in late 2001; Nicholas Lardy of the Peterson Institute for International Economics wrote in 2008: “China has been the fastest growing economy in the world over almost three decades, expanding at 10 per cent per year in real terms.” And China had been having the worst year in 29 years, not 67, before the present crisis hit.

China’s officially reported 2019 growth rate, 6.1%, was the lowest since 1990, 29 years prior. While China’s official figures are unreliable, there is no basis for the “67 years” claim; Trump has habitually exaggerated how long it had been since China’s growth was as slow as it was in 2019, steadily inflating the figure over time.

Trump claimed, as usual, that China is paying a lot of tariffs because of him.

Facts First: It is American importers who make the tariff payments to the US government. And study after study has shown that American companies and consumers, not people and companies in China, are bearing the majority of the cost of Trump’s tariffs.

Trump claimed that the US has “just about” the world’s lowest mortality rate for the coronavirus.

Facts First: While we don’t know the true mortality rate in the US and in other countries, since we don’t know exactly how many people have been infected with the virus, there is no basis in existing data for the claim that the US is a world leader or “just about.” According to Johns Hopkins University data, the US rate was 4% as of Tuesday — worse than all but six of the 20 countries whose rates Johns Hopkins is tracking.

Trump again suggested that the US has so many coronavirus cases only because it does so much testing. He said the US would have fewer cases if it did less testing: “If we did half the testing, we’d have half the cases.”

Facts First: Cases do not cease to exist if they aren’t recorded. Testing helps reduce the spread of the virus and thus the number of cases. And testing is not the reason the US has experienced a recent increase in its number of recorded cases; rather, the virus is spreading. You can read a longer fact check on Trump’s testing claims here.

Trump touted agreements he made with Honduras, Guatemala and El Salvador, claiming that under him, unlike under Obama, these countries are willing to accept criminals the US wants to deport back.

Facts First: Trump was mixing up two separate issues. While the Trump administration does have new agreements with all three of Guatemala, Honduras and El Salvador, those agreements are related to the handling of people who come to the US seeking asylum, not criminals the US is seeking to deport. In 2016, just prior to Trump’s presidency, none of the three countries was on the list of countries that Immigration and Customs Enforcement (ICE) considered “recalcitrant” (uncooperative) in accepting the return of their citizens from the US.
You can read a longer fact check here.

Talking about the coronavirus crisis, Trump claimed that we initially “had very few ventilators.” North Korea sent a message addressed to “all Koreans at home and abroad” this evening.  It said they should make a “breakthrough” […] 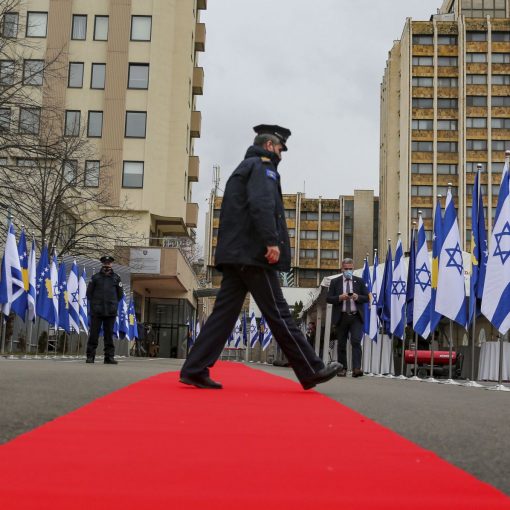 PRISTINA, Kosovo (AP) — Kosovo and Israel formally established diplomatic ties on Monday in a ceremony held digitally due to the pandemic […] 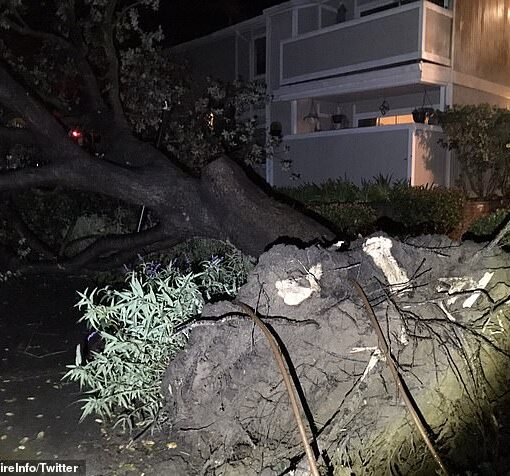 Rare California ‘tornado’ touches down in Santa Barbara: Rips up trees and damages cars A tornado whipped through Santa Barbara County on […] 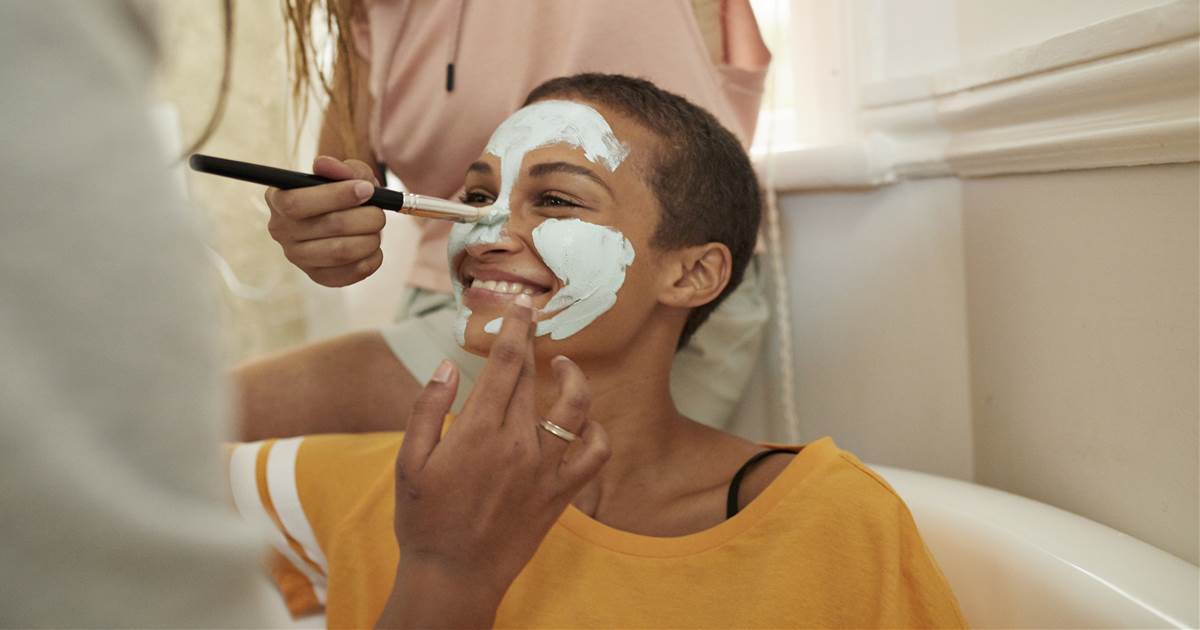 Adjusting your skincare routine to your skin type is significant to finding a workable routine: normal, oily, combination or dry. Likewise, it’s […]