PHOENIX —
They saw the ominous photos: Crowded hospitals, exhausted nurses, bodies piling up in morgues. It was far away, in New York, northern Italy and other distant places.

Now, after three months of anxiously waiting and preparing, Arizona nurses and doctors are on the front lines as the coronavirus rips through the state, making it one of the world’s hot spots. The trickle of a few virus patients in March became a steady stream two weeks after Arizona Gov. Doug Ducey ended a stay-home order in mid-May and allowed most businesses to reopen, and is now a scourge with no end in sight.

An intensive care nurse in metro Phoenix said she cries when she thinks about all the people who have died from the virus in her hospital, or the times she clutched a frightened patient’s hands during an intubation. Medical staff describe crowded emergency rooms where patients are put on ventilators waiting for a spot in the intensive care unit to open up. There are tearful goodbyes through a patio window in Tucson.

“We’re caring for physicians who have contracted this, we’re caring for mothers. Last week we withdrew life support on a 48-year-old mother and I stood out there with her 17-year-old son as she passed away,” said Muzzy, a clinical nurse specialist at southern Arizona’s Tucson Medical Center, where all 20 of 36 ICU beds dedicated to virus patients are full.

Hospitals across Arizona, a state of over 7 million people, spent a six-week lockdown and a nearly two-month ban on elective surgeries getting ready for the surge that’s appearing now. They polished emergency plans that require them to ensure they can increase capacity by 50%. They stocked up on masks and gowns, and trained professionals who normally work in operating rooms or other areas to care for virus patients. Dr. Lisa Goldberg, director of Tucson Medical Center’s emergency department, said her staff did drills, trained, and prepared.

Meanwhile Ducey, a Republican, argued the closures he ordered had slowed the spread of the disease and hospitals were now much better prepared. While he stressed the need for social distancing, he resisted wearing a mask himself in public even as cases mounted, batting away calls by some cities to allow them to require masks.

When the case surge became impossible to ignore, Ducey reversed himself on June 18 and allowed cities and counties to require masks in public, but didn’t issue a statewide order. Most have, including Phoenix, Tucson and Yuma and the counties that surround them.

Today, hospitals statewide are filling up with patients, some critically ill. The state had more than 70,000 confirmed cases as of Saturday, up from just over 20,000 on June 1. Thousands more are being reported each day, and 1,535 people have died.

More than 2,400 people are hospitalized with coronavirus this week, up from about 1,000 three weeks ago. More than 600 ICU beds were filled with virus patients this week, two-thirds of them on ventilators and sedated.

Arizona has just over 200 empty ICU beds, out of about 1,600 in the state. More are being added as hospitals brace for a flood of patients as newly infected people slowly get sicker. Traveling nurses are being hired from other states to back up overworked staff.

“This is not a sprint, this is a marathon. In fact it’s an ultra-marathon,” Goldberg said.

Death is ever-present in ICUs, but with virus patients, it is even more common, and often grueling and drawn out.

Patients on ventilators are put in what is essentially a medically-induced state of suspended animation as machines breathe for their virus-ravaged lungs. They’re hooked up to multiple IVs and drains, with a ventilator tube down their throats. They can stay in the ICU for weeks or months.

Nurses walk into their units for 12-hour shifts, gear up in gowns, respirators, gloves and goggles and enter an other-worldly setting. Patients are cut off from their families, and often all reality. They’re frequently flipped onto their stomachs for hours at a time, a move called proning that has become a go-to for helping those patients breathe but is a grueling task that can take six to eight nurses, respiratory therapists and doctors to accomplish.

For younger nurses, some of the hardest deaths are those of young, previously healthy patients, including a woman less than 25 years old who died in Scottsdale.

She deteriorated rapidly, said Caroline Maloney, a nurse at HonorHealth’s Scottsdale Osborn Medical Center with 28 years’ experience working in ICUs. “And it was very emotional,” she said. “I know one nurse in particular couldn’t even talk about it.

“They’re seeing this first-hand, and its unnerving for them to see when their peers are in a hospital bed and they have to take care of them,” Maloney said.

She said, however, that her hospital is seeing “amazing outcomes” and most of her ICU patients are recovering.

For most people, the new coronavirus causes mild or moderate symptoms, such as fever and cough that clear up in two to three weeks. For some — especially older adults and people with existing health problems — it can cause more severe illness, including pneumonia, and death.

Families of virus patients generally aren’t allowed bedside visits, leaving it to caregivers to arrange phone calls and FaceTime links via tablet computers. The hospital in Tucson is a rare case where families can visit their loved ones — at least through a window. That’s because it is an older facility and primarily one-story, with all its ICU rooms on the ground level. Each has a small patio with windows.

It’s where Muzzy often leads family members as they say goodbye to their loved one after making the decision to end care.

“I say it’s physically, emotionally, psychologically, spiritually draining,” she said. “Our nurses, the ones that do the 12½ hour shifts, they endure this day in and day out. They are amazing. They’re very strong.”

An ICU nurse who emotionally recounted holding a frightened patient’s hands during an intubation described conditions to The Associated Press about her overwhelmed Phoenix-area ICU on the condition her name not be used because her employer restricts talking to the media.

She’s facilitated FaceTime calls with faraway family, and dealt with a constant crush of patients, shuttled from the packed emergency room to the ICU, then back to the general nursing floor if they show improvement, or to the morgue if they don’t.

Like Maloney and Muzzy, she said her managers have installed robust safety procedures for staff and have plenty of protective equipment, but she says the toll of the sick and dying patients is becoming a strain.

“I don’t think there’s a shift where people don’t die,” she said. “It’s horrible. The nurses are just numb from it.”

“I’ve never seen so many people die. Every day.”

In one case, a woman in her 40s went to the emergency room with coronavirus symptoms, was tested, and then sent home. Her family got sick as well, and she came back to the ER as her condition worsened. Then she was taken to the ICU. She initially resisted being intubated, and the nurse called the patient’s sister and boyfriend to provide updates.

“She said ‘I’m really scared to get intubated.’ I said I know. She said, ‘Will you stay here, hold my hand? Promise me I’ll be OK.’” the nurse said. “And then she lasted two and a half weeks and we did everything … We did all the things and she ended up dying. It’s stuff like that, all the time, all the time.” 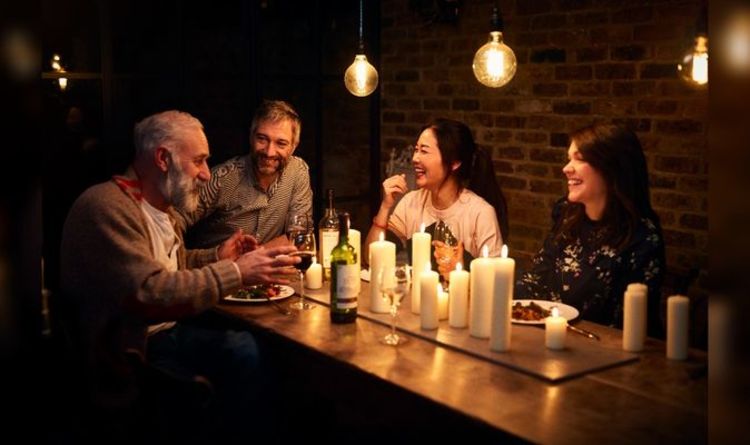 The Eat Out to Help Out scheme will allow people to eat out half price in August, in an effort to boost […] 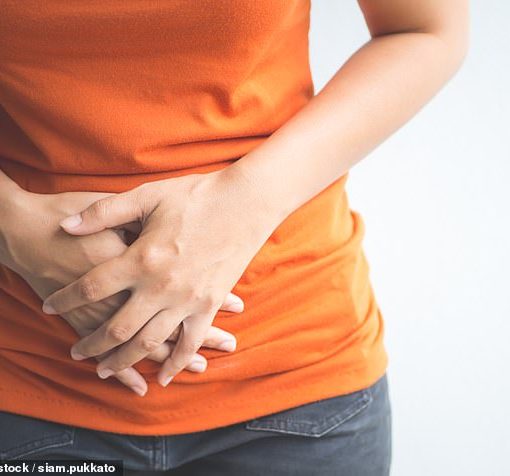 A British study assessing whether Covid vaccines can disrupt periods may not find anything because it is too small, scientists say.  Reproductive […] 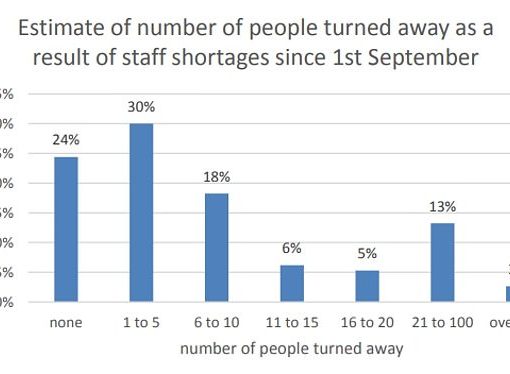 Care homes have been forced to reject requests from nearly 5,000 people due to staffing shortages over the last six weeks, industry […] 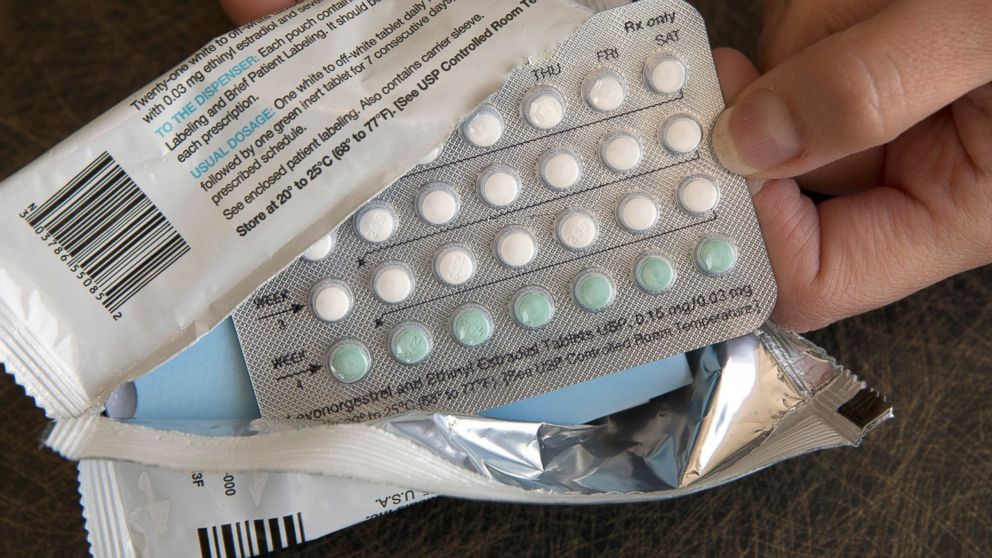