Novak Djokovic couldn’t buy a friend on Wednesday – at least not outside his tight circle of confidants and family in Belgrade, where the row over his virus-hit Balkan charity fortnight slid further into denial and acrimony.

First to his side was his father, Srdjan, who tried to shift the blame for the fiasco on to Grigor Dimitrov, the first of three other players to test positive for coronavirus in Croatia, where the two-week tour was abandoned minutes before the final on Sunday.

“How did the infection come about?” Djokovic Sr said on RTL’s Croatian TV network. “Probably because Dimitrov arrived sick, from who knows where. He was not tested in Zadar, but somewhere else. I don’t think that’s right. He brought great harm to you in Croatia, and to us as a family, and to Serbia.”

The Bulgarian’s agent, Georgi Stoimenov, replied acidly: “Grigor landed directly in Belgrade after three months of complete isolation. Neither in Belgrade [the first stop] nor later in Zadar was he offered or required to test for coronavirus. The event organisers are the ones responsible.” Djokovic’s mother, Dijana, told the Belgrade newspaper Blic: “It is horrible what is being written, but we are used to it.”

At Wimbledon, meanwhile, the new regime took a more kindly if firm view of the their blundering 2019 champion, who is quarantining in his home city for two weeks while coping with Covid-19, along with his wife, and contemplating the evaporation of goodwill that launched his well-meant venture.

Richard Lewis, who hands over to the All England Club’s first female chief executive, Sally Bolton, in August, said protocols at the US Open in August and Roland Garros in September “will be easier to enforce and observe than they otherwise might have been”. And, while he shied away from saying Djokovic had a special responsibility to the game as its title-holder, he said: “It’s a fact in this day and age that all sportsmen and sportswomen have a leadership role that goes with the territory. It is disappointing.”

The notion that the virus itself has bypassed the Balkans came under further scrutiny on Wednesday when another high-profile Serb athlete, the NBA star Nikola Jokic, had to delay his return to the US after testing positive. Jokic spent time with Djokovic during the Belgrade leg of the Adria Tour.

Elsewhere, five footballers from Red Star Belgrade revealed they had contracted the virus 12 days after playing in the local derby against Partizan in front of a crowd of 18,000 on 10 June, about the time Djokovic’s tour was getting under way in the Serb capital. Neighbouring Montenegro, which had been declared virus-free, later confirmed a minor outbreak there after fans returned from the Belgrade football match.

There was little respite for the world No 1 anywhere outside Serbia. Paul Annacone, who has coached Roger Federer and Andy Murray, told Sports Illustrated: “I think there’s a lot of his peer group who are scratching their heads. His passion to do something good clouded all the information, all the science. It was a good cause, driven by the right reason, but the end result was pretty disastrous.”

There are now growing calls for Djokovic to step down as the president of the ATP player council. Annacone said: “There’s 10 people on the council; they should figure how they feel about it. You have 500 players around the world on razor’s edge, hoping they can play in eight weeks [at the US Open]. Every action has a consequence.”

The world No 35 Guido Pella is the latest player to take Djokovic to task. “He played with many people’s health and crossed a line from which it will be challenging to return, disrespecting the world of tennis and the entire planet,” he is quoted as saying on tennisworldusa.org. “I don’t know how he’s going to get out of this.”

For Djokovic the party that rumbled joyously in a Belgrade nightclub two weekends ago is over. But the hangover lingers. 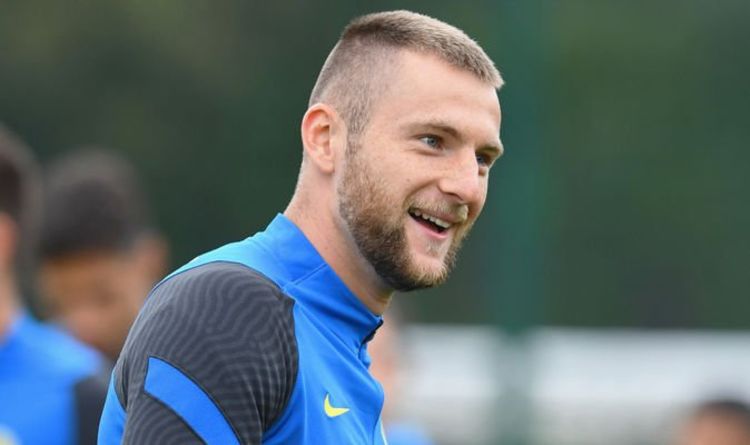 But speaking ahead of Saturday’s clash away at Brighton, Solskjaer refused to comment on speculation over potential incomings. He said: “As I’ve […]

Chelsea’s Danny Drinkwater has been charged with drink-driving, police have said. In a statement Cheshire police said: “A 29-year-old from Nether Alderley […]