TULSA, Okla. — At the BOK Center, where thousands gathered for President Donald Trump’s campaign rally Saturday, few of the president’s supporters wore masks inside as they stood shoulder to shoulder.

Barbara Baccari, 59, of Tulsa, told NBC News that event organizers had asked attendees to put on their masks before entering the arena, but said they were free to remove them once inside.

“I think the CDC and the Democrats are escalating the virus. I know it’s real, but I think they skew it. I’m not sure masks are even going to protect you,” Baccari said, adding that she did not keep her mask on.

Inside, as attendees waited for Trump to take the stage, virtually none of those assembled in front of the stage wore masks, and few throughout the rest of the arena had face covers. The few who did were vastly outnumbered by those who did not.

“What we are seeing at this rally is a very overt denial” that coronavirus still poses a health danger, Dr. Irwin Redlener, the director of the National Center for Disaster Preparedness at Columbia University, said on MSNBC. “How bizarre has this gotten?”

Teams of people wearing goggles, masks, gloves and blue gowns checked the temperatures of those entering, and the Trump campaign offered face masks but there was no requirement that they be worn inside.

A maskless rallygoer waiting outside the venue said on MSNBC that he was aware of the risks, but remained unconvinced of the scale of the problem posed by the coronavirus.

“We had a friend who died from COVID, and his son was on a ventilator, he almost died,” he said. “So we know it’s real, but then at the same time you don’t know what the facts are, you feel like maybe one side plays it one way and the other side plays it another.”

Trump, the White House and the president’s re-election campaign organization have faced criticism for hosting the event in an enclosed arena in Tulsa. The campaign had required all those in attendance to sign a digital waiver releasing the campaign and the president of any liability if they get sick.

Oklahoma’s health department on Saturday reported more than 300 new cases of the virus, as the state’s total number of confirmed cases surpassed 10,000, with 368 deaths.

Tulsa County, site of the president’s campaign rally, leads the state in both categories, with a 100 percent spike in cases just this week, the highest in the state. Health officials there announced Saturday that 136 new coronavirus cases had been diagnosed, the highest number yet to be reported in a single day in the state.

NBC News reported on Friday that Dr. Anthony Fauci, the nation’s top infectious disease expert, and coronavirus task force response coordinator Dr. Deborah Birx had both expressed concern in the last week over the safety of holding Saturday’s rally in part because of the state’s recent spike in cases.

Six members of Trump’s campaign staff who had been in Tulsa for several days to set up the first campaign rally in months tested positive for the coronavirus, the campaign announced Saturday, noting that they would not be in attendance at the event itself or in close contact with officials.

The president’s campaign said it had performed hundreds of tests before the rally, his first since March 2.

The campaign has maintained that it is taking enough precautions to avoid a sudden uptick in cases.

“As previously announced, all rally attendees are given temperature checks before going through security, at which point they are given wristbands, face masks and hand sanitizer,” said Trump campaign spokesman Tim Murtaugh.

The campaign had said as many as a million tickets had been requested ahead of the rally, but the 19,000-seat arena itself remained unfilled as the scheduled time for the president’s remarks approached, with vast sections of empty seats visible in the upper decks. A companion outdoor overflow event which had been planned featuring the president was abruptly canceled when few people showed up, and workers began dismantling the outdoor stage.

Murtaugh appeared to blame the gap between predicted showing and the actual attendance on the president’s opponents and press coverage detailing potential health risks of the gathering, though only a few small protests were visible near the arena as the start time approached.

“Sadly, protestors interfered with supporters, even blocking access to the metal detectors, which prevented people from entering the rally,” he said in a statement released shortly before the event, as the outdoor event stage was being dismantled. “Radical protestors, coupled with a relentless onslaught from the media, attempted to frighten off the President’s supporters. We are proud of the thousands who stuck it out.” 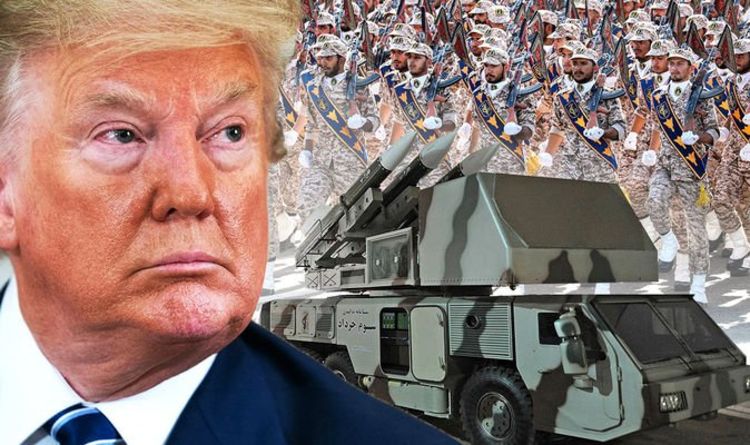 But while the US military is one of the world’s most powerful, Tehran also boasts a terrifying army – and the US […] 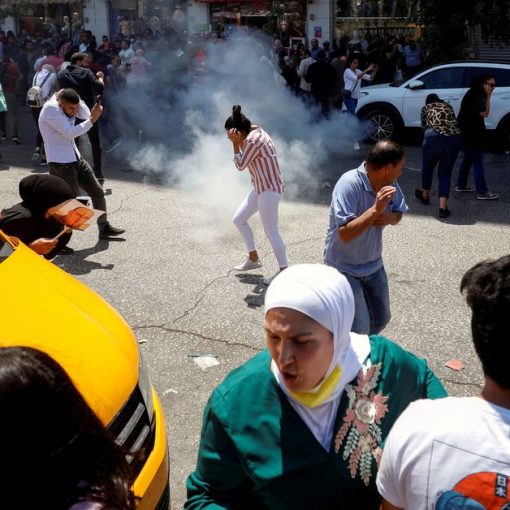 After three years of searching for her birth family in South Korea — making trip after trip, passing out flyers, broadcasting her […]