LONDON — Three airlines have launched legal action against the British government, describing the country’s plan to quarantine most incoming travelers as “flawed.’’

British Airways, easyJet and Ryanair say in a statement Friday that the quarantine will have a “devastating effect’’ on tourism and the wider economy. The airlines want the government to readopt its previous policy, where quarantine was limited to passengers from high risk countries.

Quarantine measures imposed this week stipulate that all passengers — bar a handful of exceptions like truckers or medical workers — must fill in a form detailing where they will self-isolate for two weeks. The requirement applies regardless whether they are U.K. citizens or not, and those who fail to comply could be fined.

The quarantine was imposed after a heated debate on whether it would help British efforts to tamp down the outbreak or simply stamp out any hopes that the tourism industry will recover following months of lockdown.

HERE’S WHAT YOU NEED TO KNOW TODAY ABOUT THE VIRUS OUTBREAK:

— Downplaying virus risk, Trump gets back to business as usual

— The European Union urged all its member countries to start lifting travel restrictions on their common borders from next week, saying that the closures they introduced to tackle the coronavirus do little to limit its spread.

— Among the numerous rural areas across the U.S. that have recently experienced coronavirus outbreaks are migrant farmworker communities in Florida. Immokalee is one of them. The poor town of 25,000 north of the Everglades has become a hot spot, with cases more than doubling in the past two weeks.

— Surgeons in Chicago have given a new set of lungs to a young woman with severe lung damage from the coronavirus. Northwestern Medicine announced the procedure on Thursday. Only a few other COVID-19 survivors, in China and Europe, have received lung transplants

HERE’S WHAT ELSE IS HAPPENING TODAY:

MANILA, Philippines — President Rodrigo Duterte has been promised by his Chinese counterpart that the Philippines “as a friendly neighbor” will be prioritized when China is able to develop a vaccine against COVID-19.

Roque said Xi assured Duterte of “his country’s commitment to make the vaccine available for all, adding that the Philippines, as a friendly neighbor, would certainly be a priority.”

The government said Friday that 40,247 patients have recovered.

Experts say Pakistan may witness a further rise in COVID-19 cases. They say the disease has spread across the country since last month when Prime Minister Imran Khan eased lockdown, saying he was doing it to save the ailing economy and people from hunger and poverty.

Pakistan’s economy will contract in the fiscal year ending June 30, for the first time in 68 years as a result of the global pandemic.

LONDON — Official figures show that the British economy shrank by a colossal 20.4% in April, the first full month that the country was in its coronavirus lockdown.

The Office for National Statistics said Friday that all areas of the economy were hit, in particular pubs, education, health and car sales.

Jonathan Athow, deputy national statistician for economic statistics, said April’s fall is “the biggest the U.K. has ever seen,” and “almost 10 times larger than the steepest pre-COVID-19 fall.”

April’s decline follows a 5.8% contraction in March. In April, the economy was about a quarter smaller than it was in February.

The U.K. was put into lockdown on March 23 and restrictions are slowly being eased. On Monday, nonessential shops, such as department stores and electronic retailers, are due to reopen.

Prime Minister Scott Morrison said after meeting federal state leaders on Friday that international students would be allowed to come to Australia under approved plans to study at nominated institutions.

Morrison said he expected all state borders to reopen in July, with the possible exception of Western Australia.

International students have been Australia’s most lucrative industry after mining, with China the largest source of foreign students.

China this week warned its citizens of the risk of pandemic-related racism if they traveled to Australia. Last month, China banned beef imports from Australia and ended trade in Australian barley through massive tariffs in what is widely regarded as retaliation for Australia calling for an investigation into the pandemic.

Foreign Minister Marise Payne on Friday accused China of “disinformation” through its racism warning. Morrison said he was not concerned that Chinese government warnings could deter Chinese students.

NEW DELHI— India’s coronavirus caseload has become the fourth-highest in the world, overtaking Britain, by adding 10,956 new cases in yet another biggest single-day spike.

India’s two-month lockdown kept transmission low but in a large population of 1.3 billion, people remain susceptible and the campaign against the virus is likely to go on for months, Balram Bhargava, director-general of the Indian Council of Medical Research, said.

India’s lockdown was imposed nationwide in late March but has eased since, and it is now largely being enforced in high-risk areas. The new cases rose after India reopened shops, shopping malls, manufacturing and religious places.

SEOUL, South Korea — South Korea is reporting 56 new cases of COVID-19 as the country continues to see a resurgence of the virus concentrated in the capital area.

Figures released by South Korea’s Centers for Disease Control and Prevention on Friday brought national totals to 12,003 cases and 277 deaths. It says 10,699 people have so far been released from hospitals after recovery, but 1,057 others remain in treatment.

At least 45 of the new cases were reported from the Seoul metropolitan area, where about half of South Korea’s 51 million people live. Health officials have struggled to track transmissions linked to entertainment and leisure activities, church gatherings and low-income workers who couldn’t afford to stay home.

But the state’s response director isn’t convinced a second wave of the coronavirus outbreak has arrived.

Nevada COVID-19 Response Director Caleb Cage says the state has seen an above-average rise in daily positive cases this week and experienced six consecutive days of an increase in the number of cases requiring hospitalization. He says the most recent spike is the fourth highest since the pandemic was declared in mid-March in Nevada, which now has nearly 10,400 cases and 458 deaths.

But Cage adds that “our assessment based on this data is that we are not seeing evidence of a second wave of COVID-19 in the state of Nevada yet.”

BEIJING — China has reported seven new coronavirus cases, including the first instance of local transmission in Beijing in weeks.

Authorities said Friday that the other six cases were all brought into the country by Chinese citizens arriving from abroad. No new deaths were reported.

Officials in Beijing say the locally transmitted case involves a 52-year-old man who arrived alone at a clinic displaying an intermittent fever but no other symptoms. He was swiftly diagnosed as having COVID-19, prompting authorities to isolate family members and reinstate anti-virus measures in his neighborhood.

The man said he had not left Beijing Beijing for more than two weeks and had not been in contact with anyone from outside the city.

Earlier this week, the state health secretary called the track an “imminent hazard,” ordered it closed and told the operators to announce the closure publicly. There was no evidence the owners did that, so officals asked the court to intervene.

The governor’s restrictions to curb the spread of the coronavirus limit outdoor gatherings to 25 people.

SAN JUAN, Puerto Rico — Puerto Rico’s governor says she will lift nearly all restrictions aimed at curbing coronavirus cases, which means beaches, churches and businesses across the U.S. territory will reopen after a three-month shutdown.

Gov. Wanda Vázquez said Thursday the changes will occur starting next week. She says businesses including gyms and movie theaters will be allowed to operate seven days a week.

However, she says an overnight curfew will remain in place for two weeks, with people required to be inside from 10 p.m. to 5 a.m.

The governor also says that Puerto Rico will begin welcoming tourists again starting July 15 and that airport screenings will continue.

GENEVA — Geneva’s most famous landmark, the towering fountain known as the Jet d’Eau, has fired back up after an 83-day stoppage amid broad lockdown measures for the coronavirus outbreak.

It was the longest such pause since the spray began operations in 1951. The head of the Geneva-based World Health Organization took part in a reopening ceremony Thursday that epitomized the recent easing of restrictive measures as case counts of COVID-19 have fallen dramatically in Switzerland.

The Geneva utility that operates the Jet d’Eau said it was switched off March 20 “to embody the lockdown and the associated sanitary measures as well as to protect staff involved in its proper functioning.”

The fountain shoots up a 140-meter (460-foot) plume of water onto Lake Geneva. 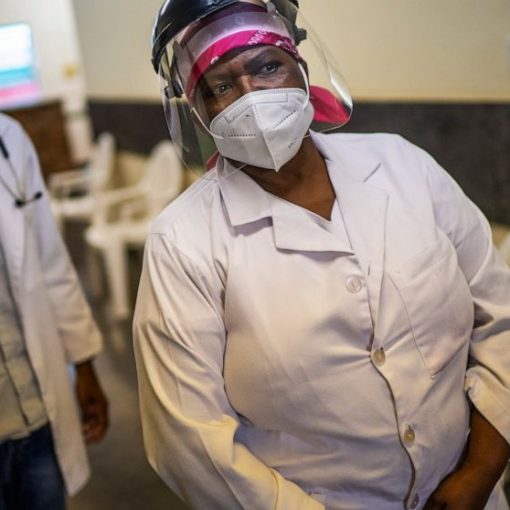 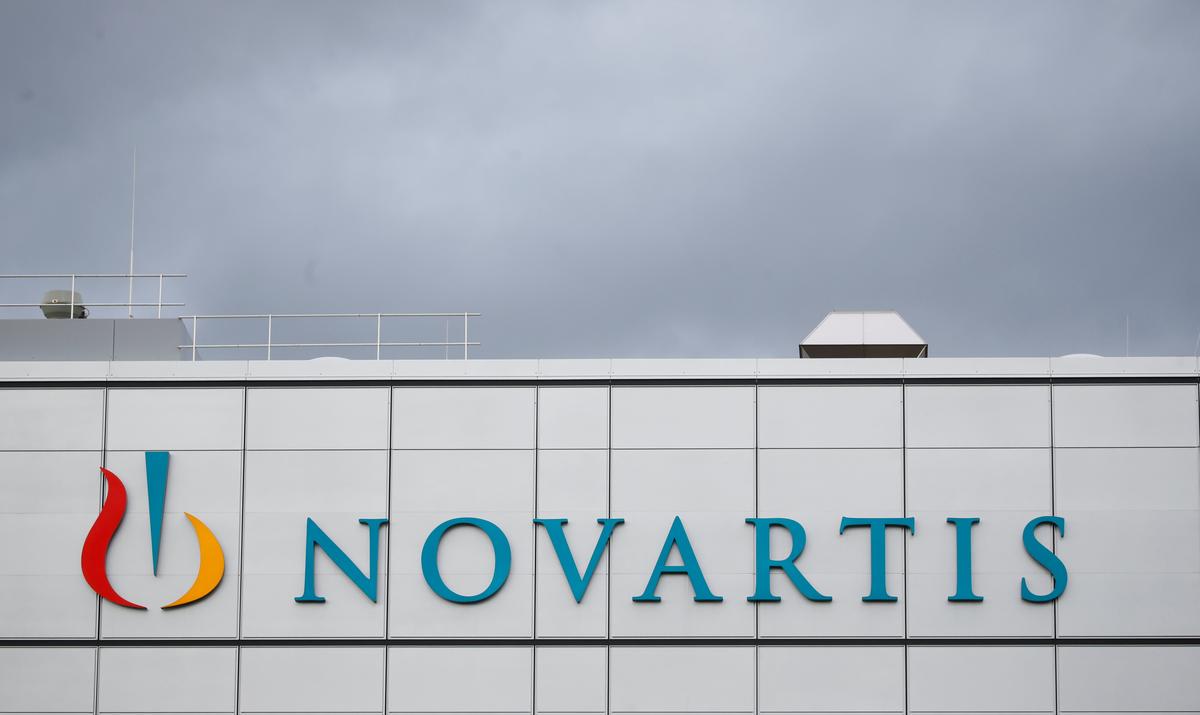 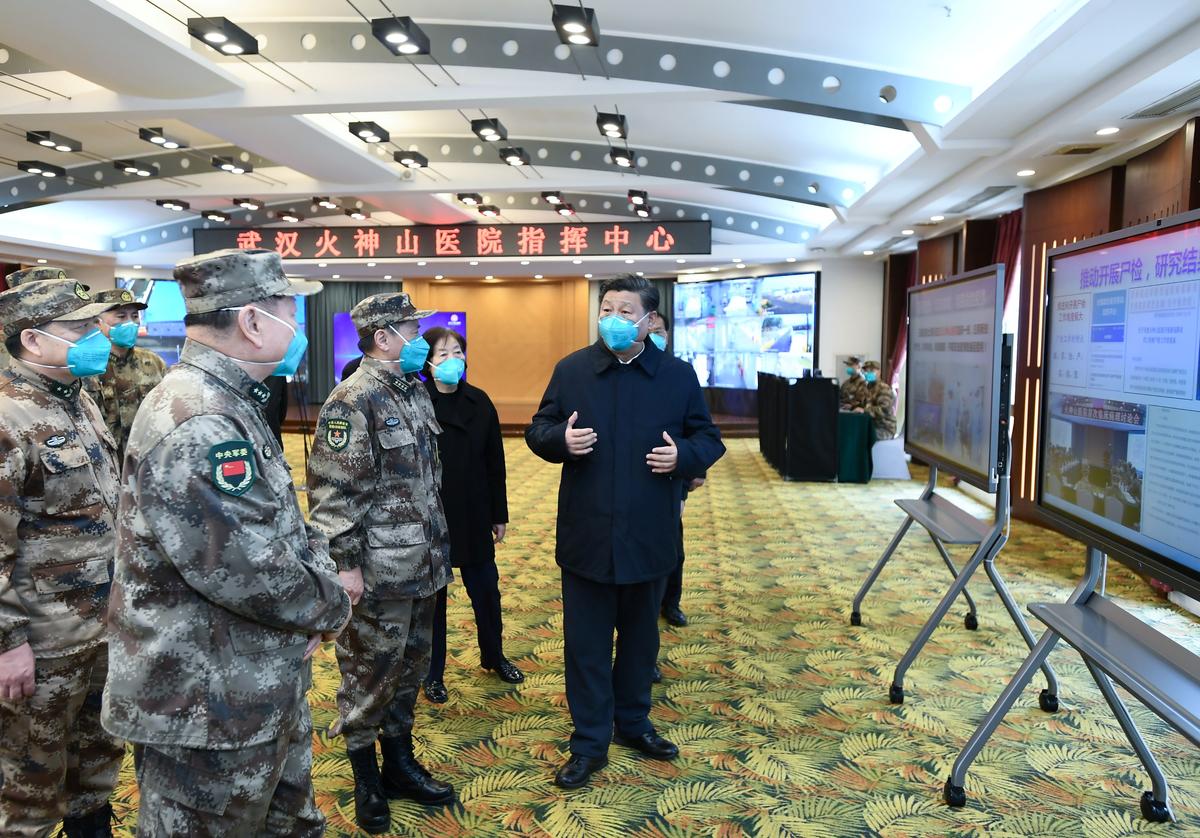