The people of Suriname will decide on Monday whether President Dési Bouterse, who has been found guilty of murder and sentenced to 20 years in prison, will continue to lead the South American country.

Voters will cast their ballots for members of the National Assembly, who in turn elect the president.

Mr Bouterse said he was confident of winning a third consecutive term.

His appeal against his conviction is due to be heard in June.

Who is Desi Bouterse? 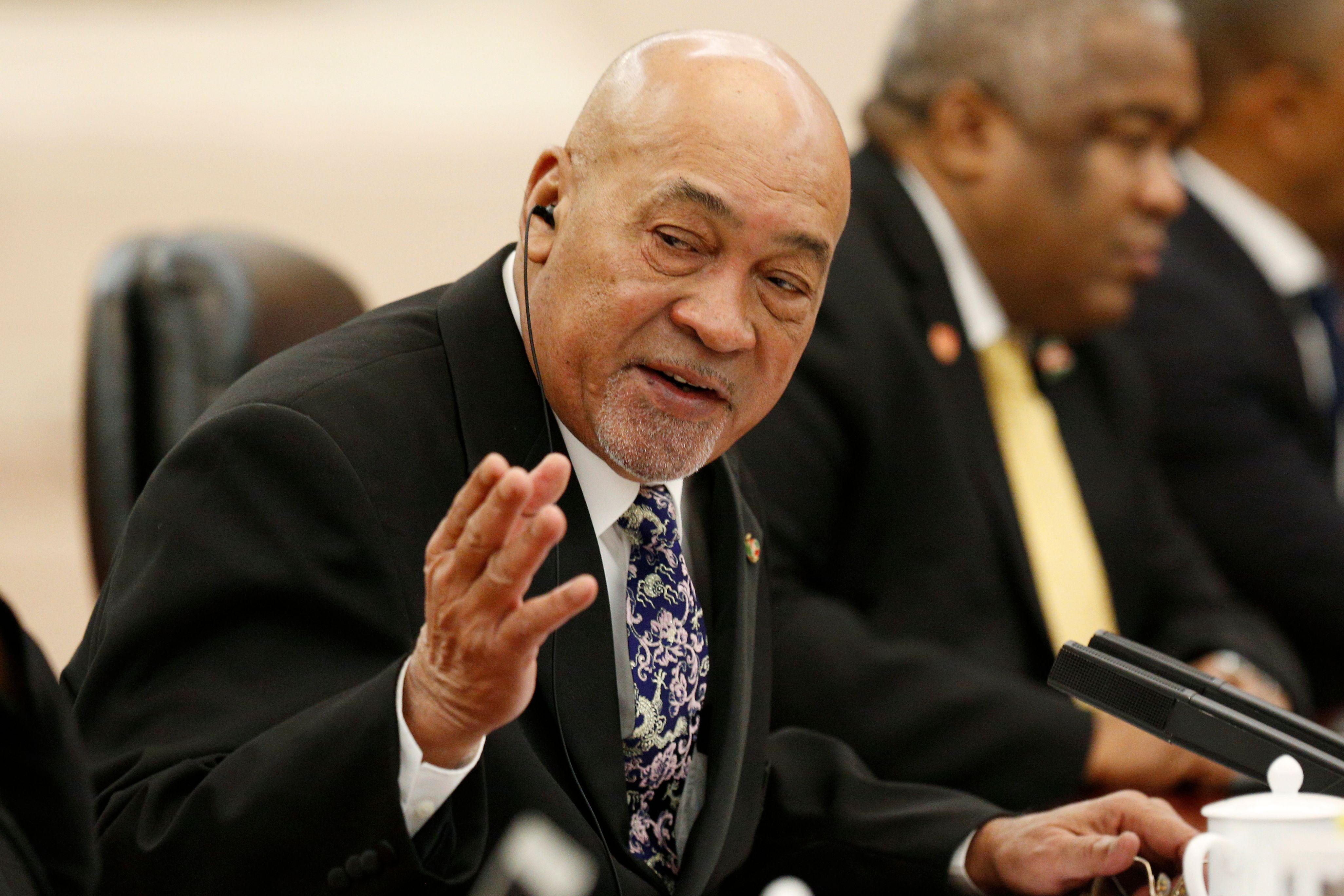 He first came to political prominence when he led 15 follow non-commissioned officers in overthrowing the government of Henck Arron, the first to lead Suriname after independence from the Netherlands.

In his role as National Military Council chairman, he was Suriname’s de facto leader for much of the 1980s.

What was he convicted of?

It was during this time, in December 1982, that soldiers rounded up, tortured and executed 15 of Bouterse’s opponents.

Bouterse claims the victims, which included trade union leaders and journalists, were shot as they were trying to escape from the colonial-era fortress in which they were being held.

A trial started that same year and three judges concluded 12 years later, in November 2019, that Bouterse was guilty of murder and should serve 20 years in jail. However, no arrest warrant was issued.

But the murder conviction is not his only conviction. In 1999, a court in the Netherlands found Bouterse guilty of smuggling more than a thousand pounds of cocaine and sentenced him in absentia to 11 years in prison.

How did he return to power?

Bouterse has never been far from power even though he spent much of the 1990s in the wings. In 2000, he won his first democratic election and was elected as member of the National Assembly.

In 2010, the Mega Combination coalition he leads won most seats in the National Assembly and he was elected president.

Ahead of Monday’s National Assembly, he said he was confident his NDP party would win enough seats to guarantee he would get re-elected to a third consecutive term.

However, polls suggest the NDP could face losses especially in the capital, Paramaribo.

Whether he is re-elected president or not, Bouterse’s appeal against his murder conviction is due to go ahead in June so he is unlikely to be jailed before the appeals process is exhausted.

Despite his convictions, Bouterse, who is of mixed Amerindian, African, Dutch, French and Chinese ancestry, has in the past managed to transcend the ethnic lines along which much of Suriname’s politics are organised.

But pollsters say surveys indicate his party’s appeal may have waned due to a recent economic downturn.

Bouterse’s government, which wooed poor voters through handouts, has overspent with economists saying it is at increased risk of defaulting on its debt.

A curfew in place to prevent the spread of coronavirus has been lifted to allow for voters to go to the polls.

These 6 features in iOS 14 will make you love your iPhone more. You’ll see why

Jada and Will Smith address relationship in ‘Table Talk’