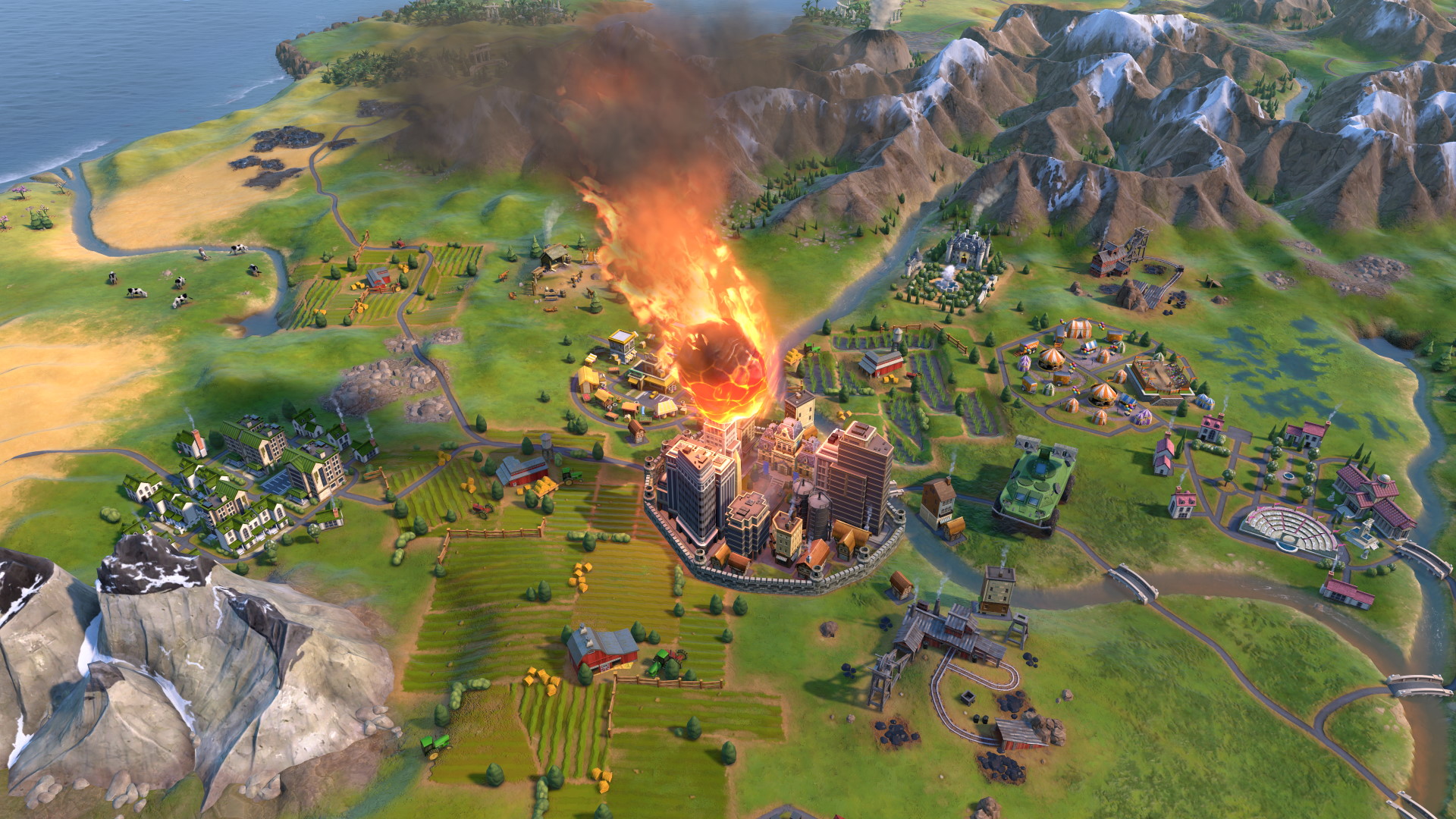 This week, Civilization VI is free on PC until May 28 on the Epic Games Store as part of the Epic Games Store’s “Free Game Fridays” deal, offering dozens of hours of city-building, empire-conquering, world-defining fun for absolutely nothing. And if you download it now, it’s yours to keep forever. But you don’t want to spend countless hours building the cradle of humanity only to drop the baby at the death, do you? Here’s our quickfire guide to ensuring your civilisation doesn’t falter at the finish line.

Your tactics for securing a win in Civilization VI will depend largely on your chosen victory condition. Unless you’re playing a Domination game, however, maintaining peace is essential for securing any other kind of victory. The Information Era comes with devastating weaponry that can cripple civilisations with frightening ease. To avoid being obliterated by another, war-like Civ, try to establish a Defensive Pact with a leader you trust.

Check the progress of other Civs.

The later stages of Civilization VI are a race to victory, but it’s worth remembering that racing becomes a lot harder if somebody pulls your legs out from under you. If it comes to this, make sure you’re doing the pulling. Keep an eye on the Victory progress menu to see how other Civilizations are doing. If you’ve got a rival Civ edging you on a Science victory, then a tactically placed nuke on their spaceport will put the thirteen in their Apollo mission. You’ll face diplomatic repercussions for such cheap tactics, but if it snatches victory from the jaws of defeat, who cares?

The information age comes with a lot of juicy looking technologies, from robotics to guidance systems to nanotechnology. But at this late stage in the game, it’s important to focus only on the tech you’ll really need. There’s no point in researching stealth technology if you’re aiming for a Science Victory, for example, while nanotechnology isn’t much help to a Domination-focussed Civ. Keep your eye on the ball, and shoot for goal.

Get your free copy of Civilization VI from the Epic Game Store.

The Mandalorian's Story Will Continue In Books And Comics

Payday 2's 'Breakfast in Tijuana' DLC is out today

Heavenly Bodies is coming to PS5 and PS4

July 1, 2020
Joanne did, too, but she had another take on baking as balm. Think about what you do when you bake, she said when we...

Will there be a second stimulus check and if so, when?...