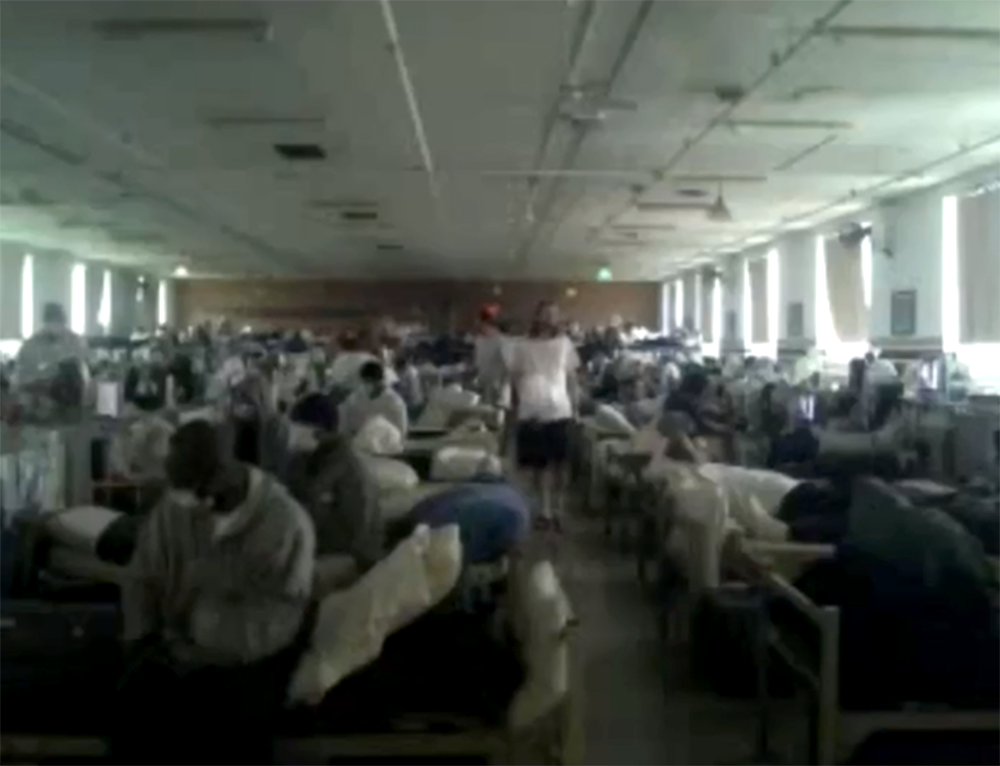 In an Ohio prison struggling to contain a deadly outbreak of the coronavirus, inmates are fearful they won’t make it out alive.

Richard Williams, 27, has been in prison for more than a year and at the Marion Correctional Institution since November on an assault conviction. In the beginning of April, he developed a high fever. The fever has subsided, but the headache and chest pain linger.

Inmates like him are concerned that prison officials are not doing enough to protect them from the virus.

“Sometimes, I call my mom. I don’t want to worry her too much because she gets to crying,” Williams said. “To be honest, I’m scared. I’m nervous of being in here.”

Marion has one of the largest coronavirus prison outbreaks in the country, with nearly 80 percent of inmates, or about 1,976, testing positive for COVID-19, according to prison officials. Five inmates and one correctional officer have died from the virus since the outbreak began.

The prison has struggled to institute social distancing, according to inmates. Several interviews and videos obtained by NBC News from inmates describe the prison population as living in close quarters, a lack of personal protective equipment for prison workers, limited supplies of soap and hand sanitizer, and a lack of physical separation between COVID-19 positive inmates and those who have yet to be tested.

The problems at Marion can be found in prisons across the country, according to the American Civil Liberties Union, which found that Marion’s staggering positive case count is reflective of what the numbers may look like at every American prison under mass testing protocol.

The Ohio ACLU also says the high case count and Marion’s difficulty to socially distance inmates is an indication of the overpopulation in American prisons.

“You got guys in here dying, that’s falling out, that’s stacked on top of each other,” said Shannon Kidd, who has been incarcerated since 1996 for rape, kidnapping, aggravated murder and other charges. “We got COVID-19, this was brought in to us. I know some guys have done horrific crimes, including myself, but I was a kid, I was a juvenile — we just want help.”

Kidd, 42, tested positive at the start of April. His symptoms initially included cold sweats, body aches, shortness of breath and a dry cough. He is one of the few COVID-19-positive inmates to report visible symptoms that he’s aware of at this time.

He said prison officials are not doing enough to stop the spread of the virus inside the prison.

“They took our temperature regularly, but they haven’t done anything other than that. They’re saying a lot of people are asymptomatic, but there are a lot of guys who don’t want to take this stuff to medical because they feel that nothing is being done. They don’t want to be moved,” said Kidd.

Marion prison officials reported that 95 percent of COVID-19 positive inmates are asymptomatic. It is one of the few prisons in the U.S. implementing mass testing, along with two others in Ohio: Pickaway Correctional Institution in Circleville and the Franklin Medical Center in Columbus.

Kidd resides at dormitory 7 at Marion, where three inmates have died from the virus.

One was Jesse “Ziggy” Ziegler, 74, who died on April 20. His family was notified of his death when they got a call from Ohio State Wexner Medical Center asking if they needed an autopsy.

Ziegler’s stepdaughter, Christine Bevington, 44, said he started showing symptoms of a sore throat, body aches, cough and headache on April 6. He was transferred to the Ohio State University Wexner Medical Center sometime in the next two days. A nurse called Ziegler’s family to inform them that he had tested positive for COVID-19 and was under oxygen and blood observation.

Bevington and her mother’s last conversation with Ziegler was on April 19. A hospital director called to tell them Ziegler probably wouldn’t make it through the night.

Bevington said that a prison official called the day after the hospital notified them of Ziegler’s death. He expressed his condolences and then asked the family, “Who called you and asked about an autopsy?”

Andre Stores, 43, tested positive for COVID-19 and resides in dormitory A.

The inmates say their bunks are just an arm’s length from each other, and Stores has had an older inmate coughing at him the last few nights. Stores said he has been given only a single face mask since the pandemic began.

“One guy’s lymph nodes were swollen, he had dizziness. It was four or five days before they took them out,” Stores said. “My neighbor just laid there, got real dizzy, and he couldn’t taste anything, smell nothing, his head was hurting. This older guy had really bad diarrhea. … People were walking around like zombies.”

Willis Williams, 64, is also housed at dormitory A and says he hasn’t gotten his COVID-19 test results yet. Willis has high blood pressure and hypertension, and he fears the virus will kill him.

“There’s people here who are obviously in advanced stages of the virus. One person was walking around like he was an extra on ‘The Walking Dead,’ dragging his feet,” said Williams. “I don’t want to be here.”

The Ohio Department of Rehabilitation and Correction said it has been difficult to separate COVID-19 positive inmates from the larger population because of the nature of the facility.

“The physical layout of a correctional facility does not lend itself to isolating every inmate at all times, especially in lower level facilities where there is dormitory style living,” department spokeswoman JoEllen Smith said in an email.

The department said there is no shortage of cleaning supplies and added that it has increased the use of disinfectants. Inmates can request additional bars of soap if needed. As of Tuesday, inmates should have received a third mask.

“Head to toe” sleeping has been implemented in the dormitories to increase social distance, ORDC said but inmates who spoke to NBC News said that’s not true.

Ohio residents with incarcerated loved ones are bracing themselves to hear the latest updates inside Marion, if any. Williams’ mother, Sabrina White, is anxious for him to come home — although his sentence isn’t up until March 2024.

“My son deserved to serve a sentence. … He screwed up,” White said. “This is supposed to be a correctional rehabilitation facility, not death row. Right now, it is death row.” 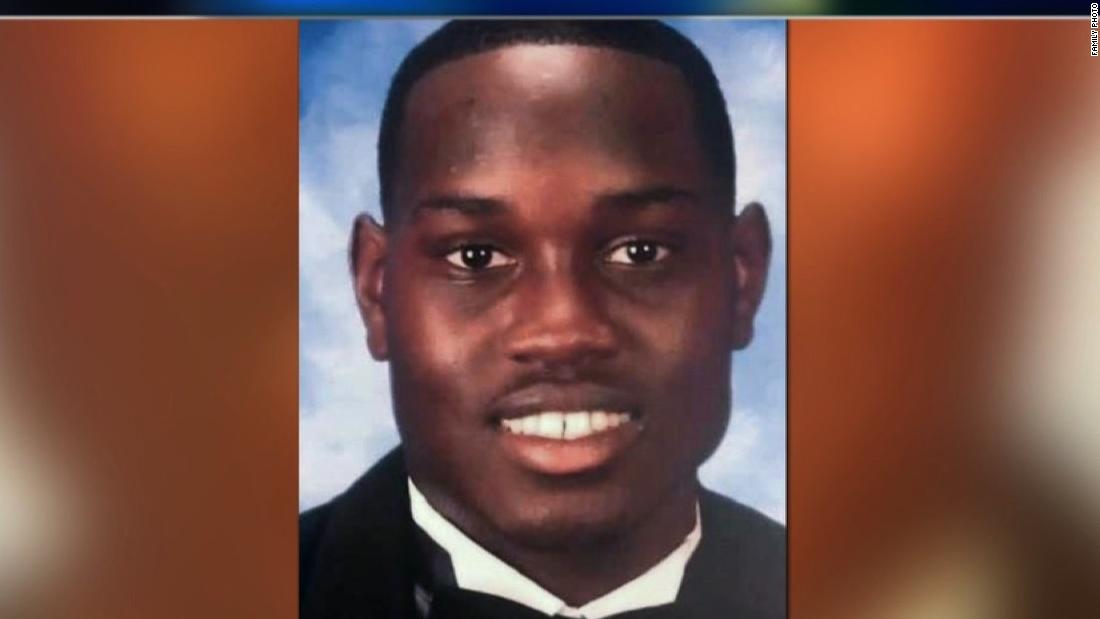 Gregory McMichael and his son, Travis McMichael, were taken into custody, the GBI said Thursday evening. They were booked into the Glynn […] 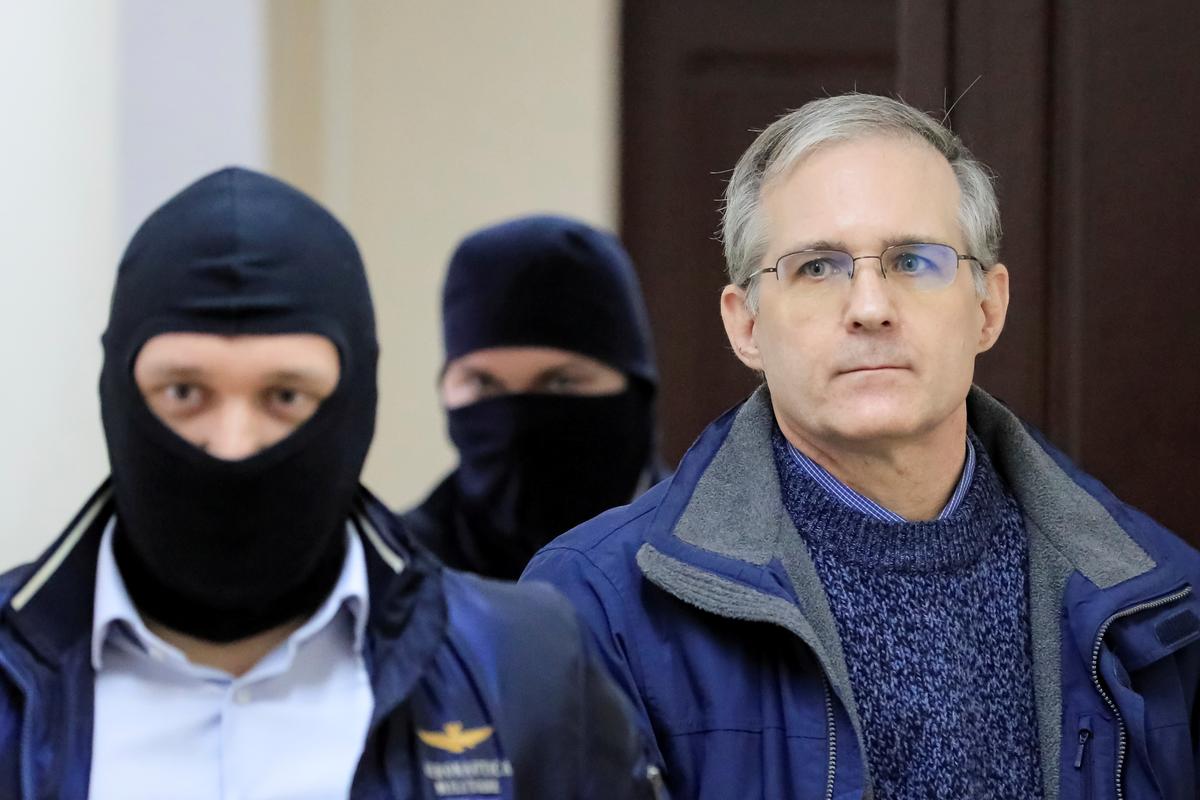 Outgoing Federal Minister of Finance Wolfgang Schäuble defended his financial policy against criticism from Brussels, insisting: “Europe would not be in a […]

HOUSTON — Harvey was taking aim at Texas again Tuesday, forecast to make landfall later somewhere along the border with Louisiana after […]