Spain reported the smallest increase in coronavirus deaths in more than a month as the government prepares more steps to relax one of the world’s strictest lockdowns. The U.K. foreign secretary and some German officials cautioned against a rush to ease measures.

Italy will gradually reopen from May 4, Prime Minister Giuseppe Conte told La Repubblica. France and Saudi Arabia are among those taking steps toward adjusting their lockdowns, or considering such a move. By contrast, Argentina and Kenya plan to lengthen their restrictions.

Subscribe to a daily update on the virus from Bloomberg’s Prognosis team here. Click VRUS on the terminal for news and data on the coronavirus. For a look back at this week’s top stories from QuickTake, click here.

Foreign Secretary Dominic Raab, who has been deputizing for Boris Johnson while the prime minister recovered from Covid-19, rejected calls for an early easing of the lockdown, telling Sky News the outbreak was still at a “delicate and dangerous” stage.

Six business leaders, including Conservative Party donor billionaires Michael Spencer and Peter Hargreaves, have written to the government asking them to ease restrictions, according to the Sunday Times.

France will outline how to begin the return to normal life on Tuesday, Prime Minister Edouard Philippe said. He has previously said wearing a mask could become mandatory on public transport.

The daily death toll from the virus fell to the lowest in more than six weeks as the country reported 60 additional deaths and 1,153 new cases overnight. Total fatalities rose to 5,710 from 90,481 known cases.

Covid-19 was detected in a few minks in two farms where the animals are bred in the south of the country, according to a statement from the Dutch Ministry of Agriculture, Nature and Food Quality on Sunday. The animals showed symptoms including respiratory problems. Because some employees at the two farms had also symptoms of the coronavirus, the ministry said it’s assumed that people transmitted the infection to the animals. The ministry said that previous research has shown ferrets, and as a result also minks, are “susceptible to Covid-19 contamination.”

Belgian Justice Minister Koen Geens said on VTM news late Saturday it will be impossible to provide every citizen with a mask by May 4, when masks will become a requirement for passengers on public transport, Le Soir reported. The federal government has placed an order with two textile manufacturers to make 22 million washable and reusable mask filters to be distributed to the public between May 4 and 20.

The number of newly reported cases continued to decline with 809 added over the last 24 hours bringing the total to 46,134. The death toll reached 7,094 and 10,785 patients have recovered since March 15.

Spain reported the smallest increase in coronavirus deaths in more than a month. Fatalities increased by 288, holding below 400 for the third day, and lower than the 378 recorded Saturday, according to data published by the Health Ministry. The daily death count peaked at 950 on April 2.

Prime Minister Pedro Sanchez said Saturday night that he expects to approve a further relaxing of the country’s confinement as Europe’s worst outbreak of the coronavirus eases. Measures due to be approved on Tuesday, including allowing outdoor exercise and walks after May 2. Children up to 14 are permitted to leave their homes for an hour a day starting today.

Russia reported 6,361 new cases in the past 24 hours and said 46% didn’t have symptoms. An additional 66 people have died.

The number of new confirmed coronavirus cases in Germany held below 2,000 for a second day. There were 1,968 new cases, bringing the total to 156,513, the fourth-highest in Europe.

Foreign Minister Heiko Maas damped expectations of an early re-opening of European travel destinations. “A European race to see who will allow tourist travel first will lead to unacceptable risks,” Maas said in an interview with Bild am Sonntag newspaper.

Singapore reported 931 more cases of the coronavirus on Sunday, with infections accelerating after the smallest increase in six days on Saturday.

The majority of infections remain among foreign workers residing in dormitories, while only 15 are Singaporeans or permanent residents, the government said in a statement. The number of cases in the city now exceed 13,600.

Prime Minister Giuseppe Conte told La Repubblica newspaper that some of his country’s strategic activites will restart next week. Schools are planned to reopen in September, Repubblica reported. It’s necessary to proceed with caution, Conte said, according to the report.

Players will be able to return to facilities in states such as Georgia for voluntary solo workouts, the report said, citing unidentified officials. Teams still won’t be allowed to hold group workouts or organized activities, ESPN said. The NBA’s announcement last month of the suspension of the rest of its season had contributed to a slump in stocks.

There is a growing view within the Japanese government that lifting the nation’s emergency as planned on May 6 will be difficult, national broadcaster NHK said, without citing sources.

While daily new coronavirus cases in Osaka and Tokyo have begun to fall, experts said the rate of change is not as fast as expected, NHK reported. That report preceded news that Tokyo recorded 72 coronavirus cases on Sunday, the first time in 13 days it was below 100. Deaths in Tokyo passed 100 on Saturday.

Japanese Prime Minister Shinzo Abe declared the state of emergency for seven regions on April 8, later extending it to include the whole country. The nation’s so-called Golden Week holidays — when in normal times salaried employees combine official holiday and personal time off to return to hometowns or take trips abroad — begin Wednesday.

Argentina is extending its nationwide lockdown by another two weeks until May 10 to contain the coronavirus outbreak while it seeks to ease some restrictions in smaller cities.

President Alberto Fernandez said Saturday the lockdown — one of Latin America’s strictest — would continue for the capital Buenos Aires and other urban areas with a population of 500,000 or more. Cities such as Cordoba and Rosario will also be affected.

In an interview with Politico, the former vice president said the next stimulus bill should be “a hell of a lot bigger” than the first $2 trillion CARES Act and assailed big business and banks. “This is the second time we’ve bailed their asses out,” he said of the big banks.

The White House denied a Dow Jones report that the Trump administration is discussing plans to replace Health and Human Services Secretary Alex Azar. That report came amid criticism of Azar’s handling of the early response to the coronavirus outbreak.

“The Department of Health and Human Services, under the leadership of Secretary Azar, continues to lead on a number of the President’s priorities,” White House spokesman Judd Deere said. “Any speculation about personnel is irresponsible and a distraction from our whole-of-government response to COVID-19.”

Trump Tweets Daily Briefing ‘Not Worth’ It (7 a.m. HK)

President Donald Trump, who has dominated the daily White House virus briefing, said the event is “not worth the time and effort,” two days after his comments on fighting Covid-19 with disinfectants or sunlight caused headaches for his health advisers.

Trump on Friday said he had “sarcastically” suggested that Americans be injected with disinfectant. But the comment prompted warnings from doctors and a manufacturer of cleaning products.

As questions mounted about the comments, Trump and his task force on Friday held their shortest news conference yet, at just 22 minutes, and he took no questions. No briefing was held on Saturday but instead, Trump sent a series of Twitter messages that returned to familiar targets including the media and Democrats.

Tesla Inc. is recalling some workers to its lone U.S. vehicle-assembly plant starting next week, before San Francisco Bay area stay-home orders are scheduled to expire.

Supervisors in the paint and stamping operations at the Fremont, California, factory told staff to report on April 29. In messages seen by Bloomberg News, the workers are asked to notify managers whether they’ll show up. Tesla representatives didn’t immediately respond to a request for comment.

Tesla had previously told workers it expected to resume normal production on May 4, the day after Bay Area measures are to end. 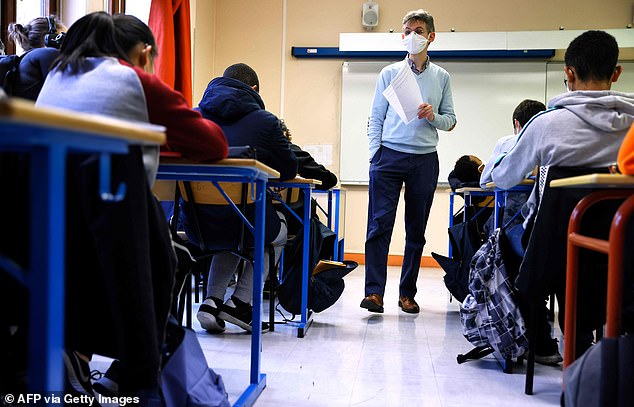 Parents who home-school their children could face up to six months in prison under new measures to combat Islamic extremism in France.  […] 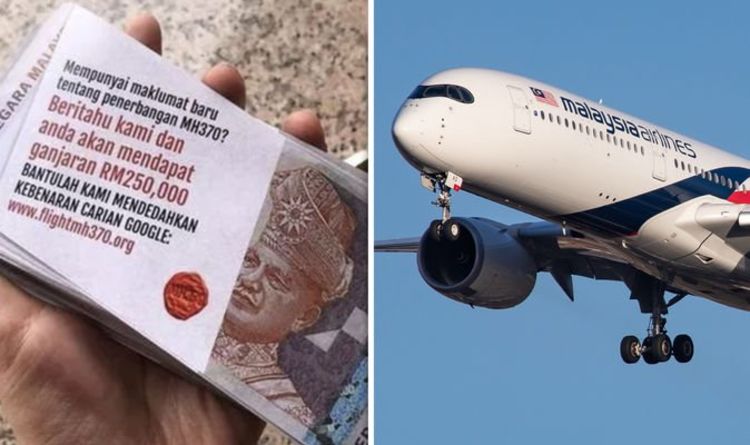 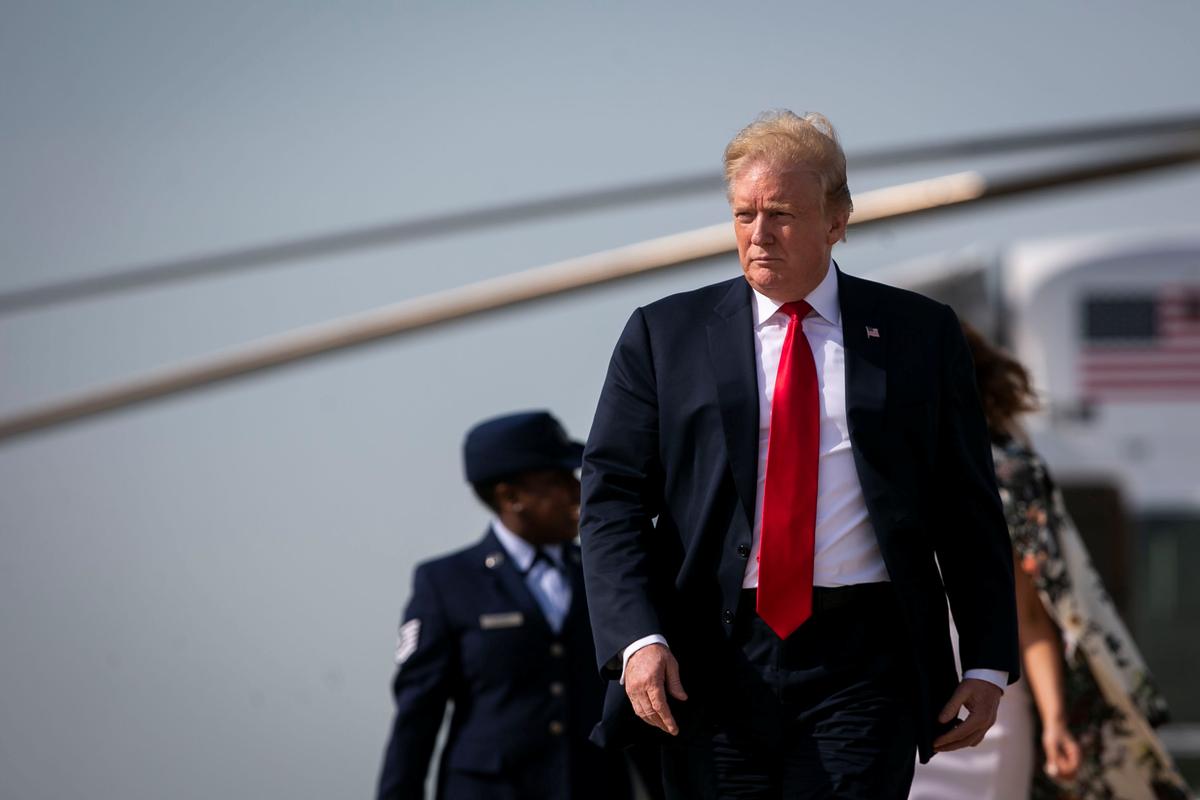 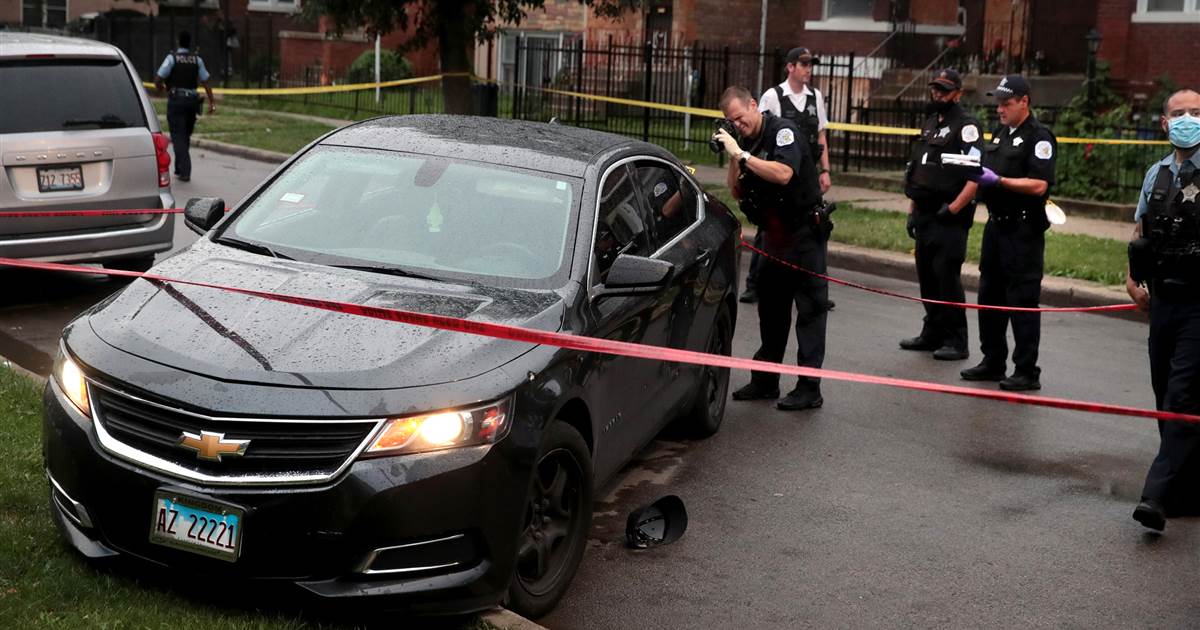 CHICAGO —The latest gun violence to pierce the South Side, including a shootout this week outside a funeral home that left 15 […]