President Donald Trump’s lack of scientific literacy is, unfortunately, increasingly well documented. Whether saying in Thursday’s press briefing that “medical doctors” should “check” into the possibility of taking household disinfectants for “injection inside or almost a cleaning” to combat the coronavirus infections, or suggesting that people take hydroxychloroquine prophylactically without scientific studies proving that is safe and effective, the commander in chief has repeatedly shown a tendency to leap before he looks, which is the opposite of the scientific method.

And Trump’s dismissal of the dissenting voices of scientists both inside and outside his administration — which could both counter that personal tendency and better inform U.S. policy in the midst of a global pandemic — is equally well documented.

For instance, this week Trump demoted Dr. Richard Bright —the administration official overseeing the development of a vaccine against COVID-19. Bright had criticized Trump for repeatedly promoting the use of chloroquine and hydroxychloroquine for the prevention and treatment of COVID-19 in his public statements. In a letter released by his attorneys, Bright called Trump’s claims a “panacea” which “clearly lack scientific merit.”

Want more articles like this? Sign up for the THINK newsletter to get updates on the week’s most important political analysis

Trump, of course, had touted the drug as a “game changer;” studies have now repeatedly shown COVID-19 patients given the drug are more likely to die. In a statement, Bright said that “science – not politics or cronyism – has to lead the way,” and then explicitly tied Trump’s promotion of the drug to politics: “I also resisted efforts to fund potentially dangerous drugs promoted by those with political connections.”

Or take Wednesday, when Centers for Disease Control and Prevention Director Dr. Robert Redfield was prompted by Trump to say at the daily briefing that The Washington Post had misquoted him in an article stating that the coronavirus would return in the autumn and be “difficult” to handle because it would coincide with flu season. While at Trump’s demand, Redfield said he wanted to “clarify” his statement and disputed the wording of the Post’s headline, he nevertheless had to confirm that his quotes in the article were accurate.

In the same briefing, Trump predicted that the coronavirus “may not come back at all” in the fall, but he was immediately contradicted by Dr. Anthony Fauci, the widely-recognized health care expert on Trump’s coronavirus task force, who said that he, too, was “convinced” that the virus would return at that season after infection rates slowed during the summer months.

Trump’s dismissal of expert scientific advice this week is only the latest in a long line of examples of his efforts to demean experts and marginalize their science-based efforts to contain the pandemic.

Perhaps the first, though, came in February when, as The Wall Street Journal reported this week, Trump threatened to fire Dr. Nancy Messonnier, the director of the CDC’s National Center for Immunization and Respiratory Diseases, after she correctly predicted the onset of the pandemic before he wanted to make a big deal about it. While she was not fired, Messonnier has since had a diminished role and has not been participating in the White House coronavirus task force briefings.

Most experts now agree that, had the White House taken — and encouraged Americans to take — the threat of the pandemic more seriously in February, it’s possible that some of the most onerous restrictions and high infection rates might have been avoidable.

The difficulty, of course, is twofold: The president’s beliefs and unwillingness to listen to scientific experts carry significant weight in terms of policy, and they carry weight with the American people — even those who don’t support his politics.

One need only look at the administration of President Richard Nixon to see how this has played out in the past.

Nixon, too, had little regard for science and scientists and, while being more circumspect in his public remarks, he followed a similar path to Trump’s in rejecting scientific advice by eliminating the office of the White House science adviser in 1973, which had been established in the Truman administration, and by keeping scientists at arm’s length, as chronicled in detail in The Atlantic.

Nixon’s jaundiced view of science was first noted in the scientific community in 1970, when Edward E. David Jr. was named the chief White House scientific adviser. An article in Science, published in October 1970 by the American Association for the Advancement of Science, characterized David’s choice as a “surprise appointment” — ­since he came from industry and did not have the academic credentials of his predecessors.

The article did, however, note that his lack of academic experience might ultimately be advantageous by helping scientists bridge social divides with policymakers. “[F]ew of the old timers feel at home with the Nixon administration, but they feel rapport with David and believe, or at least hope, that he can provide the link that has been missing between science and the government since Nixon took office.”

This “hope” ultimately was dashed: David had difficulty championing the importance of any scientific causes and quit in 1973. Nixon abolished the White House office of science and technology entirely a few weeks later (reportedly because the organization questioned the feasibility of anti-ballistic missile defense and commercial supersonic airplanes, the feasibility which turned out, actually, to be questionable).

It left no point person to advocate on behalf of scientific or technological advancement or monitor developments of importance to the United States. (Trump, similarly, eliminated the pandemic response team at the National Security Council and farmed what remained of the office out to the Department of State in 2018.)

Dr. H.G. Stever, who headed the National Science Foundation when Nixon abolished the White House Office of Science and Technology and was appointed his science adviser to replace the office, fared no better. The New York Times in 2010, in Stever’s obituary, wrote: “Dr. Stever was Nixon’s science adviser for three years but kept at a distance, for the most part meeting the president only at ceremonies.”

There is one major difference, though, about the consequences of Trump’s and Nixon’s disregard of science. Nixon’s concerns were over what scientists had to say about the feasibility of expensive technology — supersonic planes for commercial flights and antiballistic missile defense systems — that large companies wanted to build for profit at taxpayers’ expense, rather than sober analysis of risks to the health of American citizens. The scientific advice rejected by Nixon was likely expensive for Americans; rejecting scientific advice about the scope of the pandemic and how to treat COVID-19 are quite literally matters of life and death.

Michael Conway served as counsel for the House Judiciary Committee in the impeachment inquiry of President Richard M. Nixon in 1974. In that role, he assisted in drafting the committee’s final report to the House in support of the three articles of impeachment adopted by the committee. Conway is a graduate of Yale Law School, a fellow of the American College of Trial Lawyers and a retired partner of Foley & Lardner LLP in Chicago. 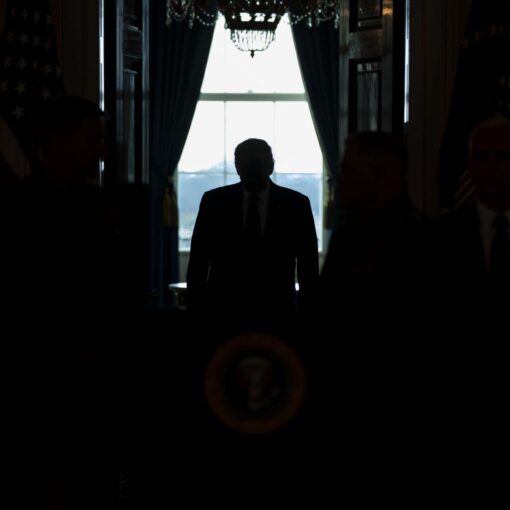 (Bloomberg) — Chinese President Xi Jinping will travel to Myanmar on January 17 for his first state visit of the year, Vice […]

Hitler rose to power as chancellor of Germany in 1933 before becoming Fuhrer one year later. His expansionist ideology triggered World War 2 […] Vatican prosecutors have alleged a jaw-dropping series of scandals in the biggest criminal trial in the Vatican’s modern history, which opens Tuesday […]