(Bloomberg) — Deutsche Lufthansa AG spent the last two decades forging a business empire that stretched across the wealthiest countries of continental Europe. Forced into retreat by the coronavirus crisis, it’s now bogged down by ties to four governments as it seeks a multi-billion euro bailout.

Europe’s largest airline warned late Thursday that it’s running low on cash and won’t be able to survive without state aid from Germany, Switzerland, Austria and Belgium. Each of those countries contributed former national carriers to the sprawling airline group, and negotiations are ongoing for an aid package that could total 10 billion euros ($10.8 billion), according to people familiar with the matter.

The talks are snared on how much the German carrier will receive from each country, and how much sway politicians will have in the airline after the cash is handed over, the people said, asking not to be named discussing private negotiations.

“We need to find a solution which will not lead to a permanent politicization of Lufthansa,” said Christian Democratic Union lawmaker Joachim Pfeiffer, who is involved in the negotiations.

Lufthansa’s expansion was a boon when the airline industry was riding a decade of seemingly limitless growth in European travel. The carrier, with more than 700 jets before the coronavirus hit, dominates business flights in the richest areas of its home countries, and last year contemplated adding Italy’s Alitalia SpA to its portfolio.

Lufthansa fell as much as 8.4% in Frankfurt, and is now at its lowest in 17 years. The airline has been forced to ground almost all its fleet, and each of the governments has its own priorities and internal divisions. It’s also awaiting European Union rulings on vouchers and state aid that could dramatically affect the contours of the aid package — and its independence.

The airline is fighting to conserve liquidity and slashing its fleet in expectations that the market won’t recover rapidly this year. Lufthansa has put most of its workforce on Kurzarbeit, a government program meant to offset wages lost when companies are forced to temporarily halt activities. It’s still flying cargo operations, including of medical supplies needed for the virus fight, but the revenues doesn’t come close to covering outgoings.

While the complications have slowed down talks, Lufthansa’s ties to the government — it was state-owned until the mid- to late-1990s — and its key role connecting Germany’s powerhouse economy to the far-flung markets make a collapse unlikely.

“The management board is confident that the talks will lead to a successful conclusion,” Lufthansa said late Thursday, declining further comment.

Still, Germany’s ruling coalition is split on conditions for aid for Lufthansa, the people said. While more free-market minded conservatives from Merkel’s CDU would be satisfied with the government taking a so-called silent equity stake without voting rights, their Social Democrat coalition partner is seeking powers over possible job cuts as a condition for public funding from Berlin.

“When companies like Lufthansa receive billions of euros in state aid from taxpayers’ money, the federal government must also be guaranteed a say,” Rolf Muetzenich, the SPD caucus leader, told the Bild-Zeitung newspaper. “This is essential, if only out of responsibility for the employees.”

In the end, Germany may end up with a combination of voting and non-voting stock, while also lending money to Lufthansa, one of the people said.

In Vienna, Lufthansa’s Austrian Airlines is in intense talks for several hundred million euros of short-term financing, according to people familiar with the talks. That would include loans, loan guarantees and direct payments for lost revenue.

For longer-term funding, the Austrian government is pushing with peers in Germany, Switzerland and Belgium to consider more concessions. They include a direct equity stake in the German airline, or convertible bonds and regular loans, according to the people. Austria wants to ensure Vienna’s position as a hub with European and intercontinental routes, according to the people.

Vienna is in technical discussions with Austrian so the airline will be able to officially ask for state support, a spokesman for the government said, declining to give more details.

In Switzerland, where Lufthansa operates national carrier Swiss after acquiring it in 2005, officials have ruled out taking an equity stake. A finance ministry spokeswoman declined further to comment further. Belgium is mulling a 290 million-euro bailout for Brussels Airlines, a firm Lufthansa acquired in 2009, according to local media reports.

The Belgian finance ministry didn’t immediately respond to a request for comment.

Also at play is a contentious debate over a European Union proposal to relax rules governing state subsidies. The EU has suggested easing guidelines on recapitalizations that would set strict terms on how and when companies would repay governments. Regulators are concerned that huge cash injections to selected companies could affect fair competition across the region.

And Ryanair Holdings Plc has separately complained that favored national carriers will get government help that it can’t access.

“Instead of giving Lufthansa 10 billion of state aid with which they just go and abuse their dominant position,” Germany should discount airport fees by 50% for all airlines, Ryanair Chief Executive Officer Michael O’Leary said in an interview. “That would get people moving again.’

The European Commission declined to comment on Lufthansa’s situation but said it was “very well aware of the difficult situation that the aviation sector is facing due to the coronavirus outbreak” and EU rules allow governments to grant aid, according to an emailed statement

Governments across Scandinavia and in the U.K. have already provided financing for airlines, whether via direct loans or state-backed commercial funds. Air France-KLM became the latest carrier to get a state-backed bailout, with the French and Dutch government shareholders pledging as much as 11 billion euros in loans and guarantees, while in Germany tour operator TUI AG was granted a 1.8 billion-euro loan from KfW.

For its part, Lufthansa is concerned environmental or other politically driven restrictions would hamstring it against carriers like Singapore Airlines Ltd. and Delta Air Lines Inc. that compete with the German firm on profitable intercontinental routes.

It’s not even clear how much cash Lufthansa needs. The company could get as much as 10 billion euros in fresh funds from the government, according to people familiar with the matter. But the exact amount and form is in flux.

On the low end of the range, some of the people close to the matter said the equity injection could come in form of a silent participation lacking voting rights of as little as around 2 billion euros, with another up to 5 billion euros coming in the form of a loan by Germany’s state-owned lender KfW.

Yet the German government could push for providing as much as 4 billion euros in turn for a direct stake and other equity instruments, another person close to the matter said. 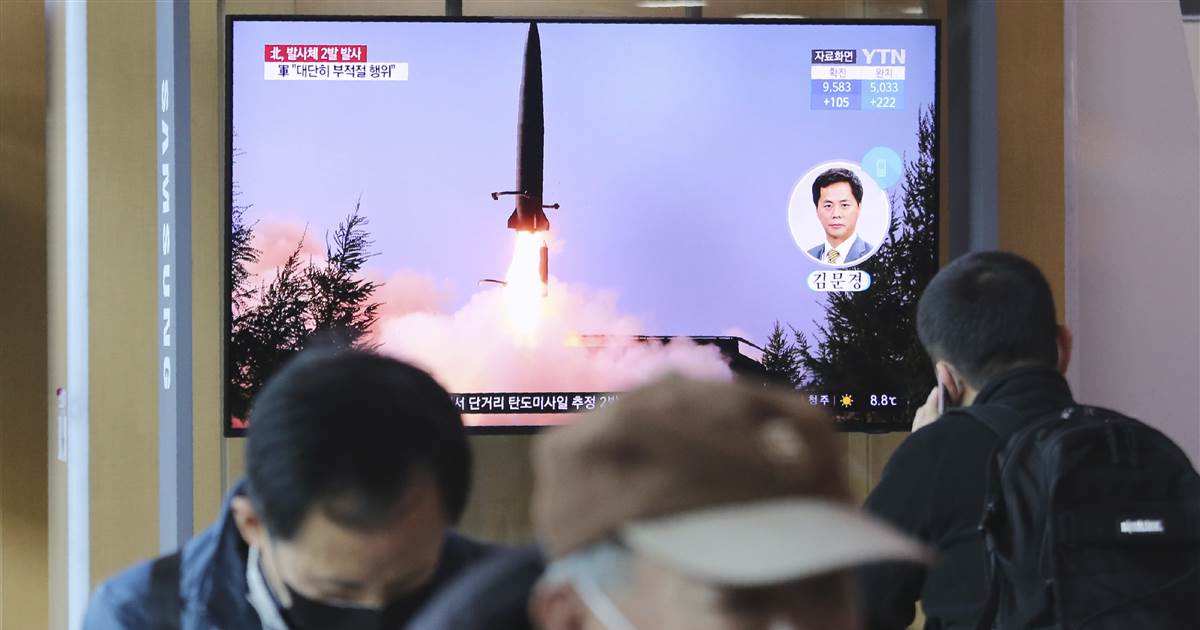 North Korea launched two projectiles into the Sea of Japan on Sunday, South Korean military officials said. In a statement to NBC […]

Foreign leaders from countries including Bangladesh and Nigeria will be blocked from receiving visitor visas under the proposed plan.  The European Union‘s […] 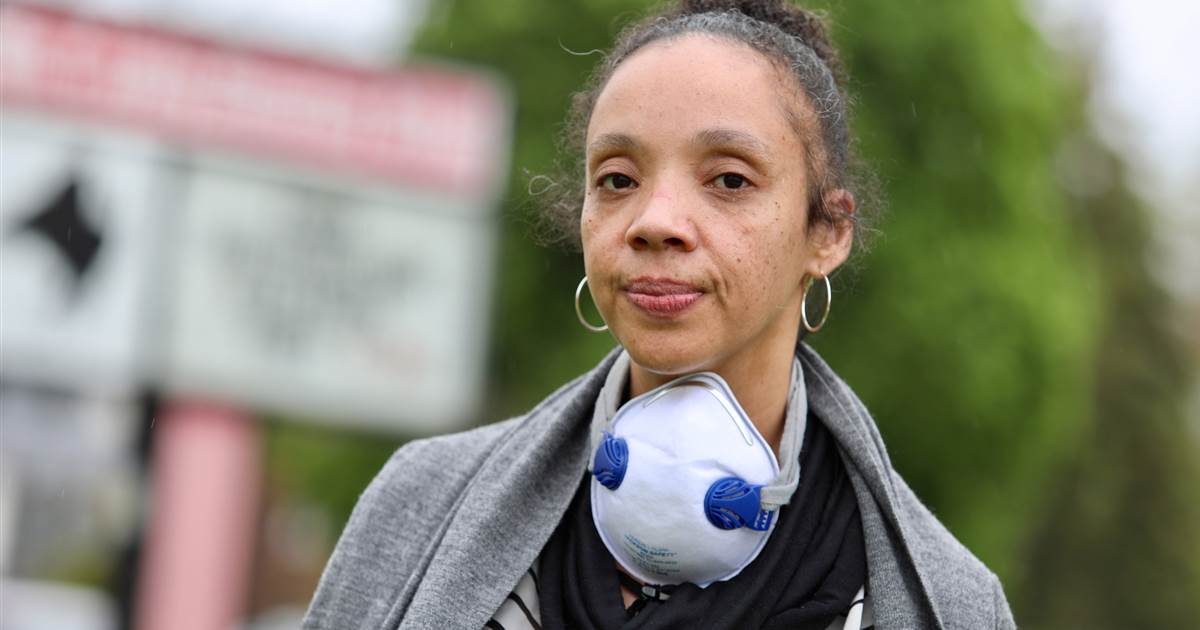 DETROIT — Principal Jacqueline Dungey was searching for one of her kindergartners. She’d called every number she had for his family. She’d […] 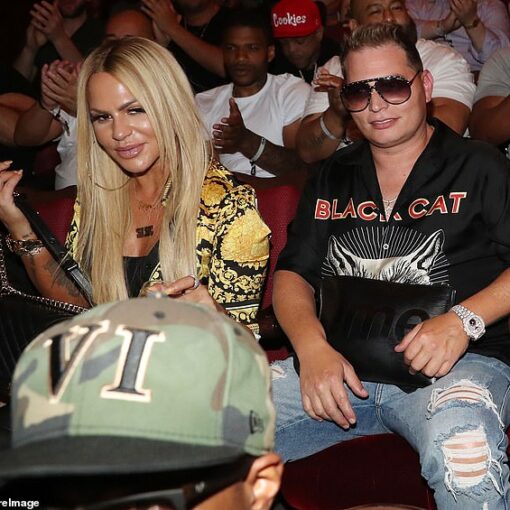 A wealthy and well-connected LA entrepreneur has become the latest target of the city’s home invader burglars, with both her house sitters […]