LONDON/WASHINGTON (Reuters) – U.S. President Donald Trump’s musings on whether injecting disinfectants might treat COVID-19 have horrified medical professionals and raised fresh concerns that his stream-of-consciousness briefings could push frightened people to poison themselves with untested treatments.

An international chorus of doctors and health experts urged people not to drink or inject disinfectant on Friday after Trump a day earlier suggested that scientists should investigate inserting the cleaning agent into the body as a way to cure COVID-19, the respiratory illness caused by the new coronavirus.

Initially, the White House said that Trump’s comments were being taken out of context. Later, Trump backtracked further, said he was just being sarcastic.

“I was asking a question sarcastically to reporters like you just to see what would happen,” Trump told reporters at the White House.

Paul Hunter, a professor of medicine at Britain’s University of East Anglia, said injecting disinfectants likely would kill anyone who tried it.

“This is one of the most dangerous and idiotic suggestions made so far in how one might actually treat COVID-19,” Hunter told Reuters.

“It is hugely irresponsible because, sadly, there are people around the world who might believe this sort of nonsense and try it out for themselves,” Hunter added.

Trump said at his daily news briefing on Thursday that scientists should explore whether inserting ultraviolet light or disinfectant into the bodies of people infected with the coronavirus might help them clear the disease.

“Is there a way we can do something like that by injection, inside, or almost a cleaning?” Trump asked. “It would be interesting to check that.”

Trump also has promoted an anti-malaria drug called hydroxychloroquine to treat people with COVID-19 even though its effectiveness is unproven and there are concerns about heart issues. The U.S. Food and Drug Administration on Friday cautioned against using hydroxychloroquine in COVID-19 patients outside of hospitals and clinical trials, citing risks of serious heart rhythm problems.

The American Cleaning Institute, an group representing the U.S. cleaning products industry, said in a statement, “Disinfectants are meant to kill germs or viruses on hard surfaces. Under no circumstances should they ever be used on one’s skin, ingested or injected internally.”

Reckitt Benckiser, a British company that manufactures the household disinfectants Dettol and Lysol, issued a statement warning people not to ingest or inject its products.

There were early signs that at least some Americans were preparing to act on Trump’s comments. A spokesman for Maryland’s governor wrote on Twitter that the state’s Emergency Management Agency had received more than 100 calls about the use of bleach to treat COVID-19.

Trump’s suggestion unleashed a torrent of ridicule online, with one comedian on social media app TikTok miming the action of injecting bleach into her veins like a drug.

On Twitter, journalists shared a video of Dr. Deborah Birx, the coordinator of the White House task force on the coronavirus, who appeared to look down, hunch her shoulders, and blink rapidly as Trump told the briefing that disinfectant “does a tremendous number on the lungs.”

While UV light is known to kill viruses contained in droplets in the air, doctors have said there is no way it could be introduced into the human body to target cells infected with the coronavirus.

“Neither sitting in the sun, nor heating will kill a virus replicating in an individual patient’s internal organs,” said Penny Ward, a professor in pharmaceutical medicine at Kings College London and chair of the Education and Standards Committee of the Faculty of Pharmaceutical Medicine.

Parastou Donyai, director of pharmacy practice and a professor of social and cognitive pharmacy at the University of Reading, said Trump’s comments were shocking and unscientific.

Donyai said people worried about the new coronavirus and the disease it causes should seek help from a qualified doctor or pharmacist, and “not take unfounded and off-the-cuff comments as actual advice.”

U.S. President Donald Trump looks at a chart about “Best Practices for Every American” during the daily coronavirus task force briefing at the White House in Washington, U.S., April 23, 2020. REUTERS/Jonathan Ernst

Robert Reich, a professor of public policy at the University of California at Berkeley and a former U.S. labor secretary, added on Twitter: “Trump’s briefings are actively endangering the public’s health. Please don’t drink disinfectant.”

The suggestion that bleach and related compounds are a “miracle cure” has a history in America’s conspiracist fringes.

Last August, the U.S. Food and Drug Administration issued a health warning here about MMS, or “miracle mineral solution,” that was being sold online with instructions to mix it with lemon or lime juice before drinking. The combination forms a powerful, dangerous bleaching agent, the FDA said.

The U.S. Justice Department last week was granted by a court in Florida a temporary injunction to halt the sale of industrial bleach products by an organization called Genesis II Church of Health and Healing, which was marketing it as a cure for autism and AIDS. 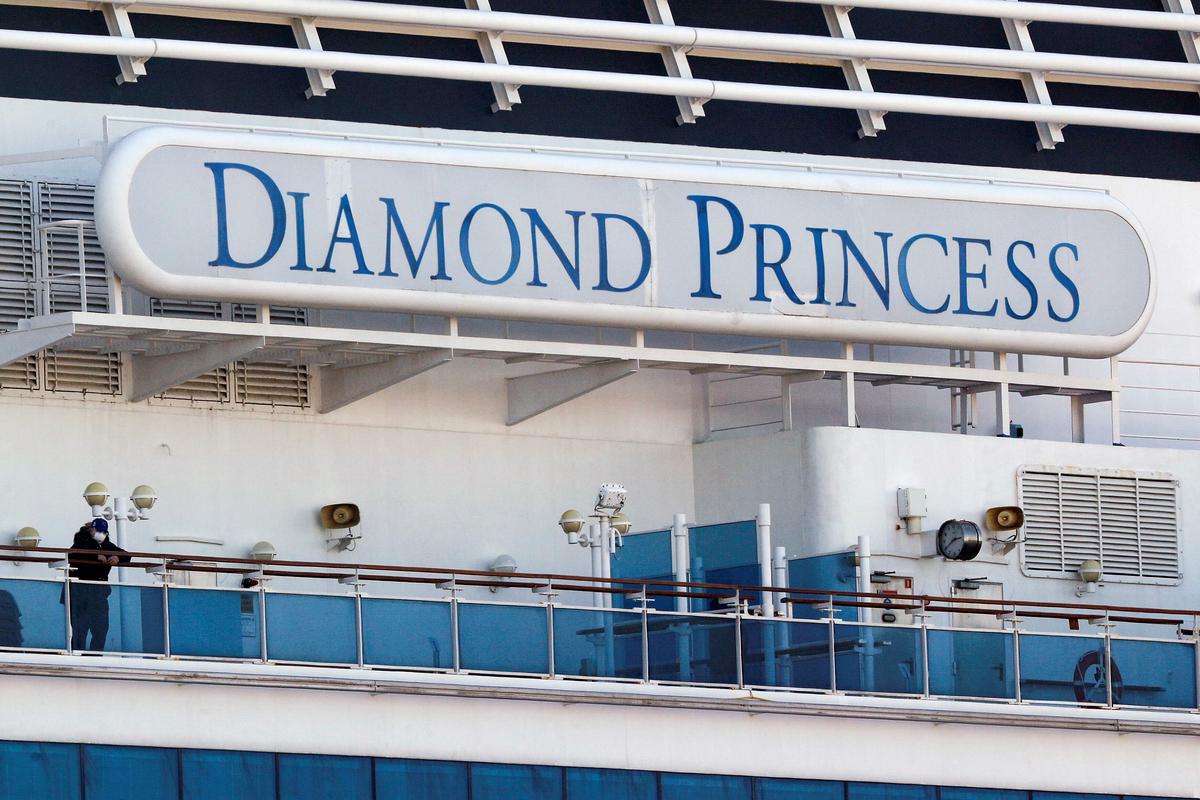 TOKYO (Reuters) – Another 70 people on board a quarantined cruise ship in Japan have tested positive for the coronavirus, bringing the […] 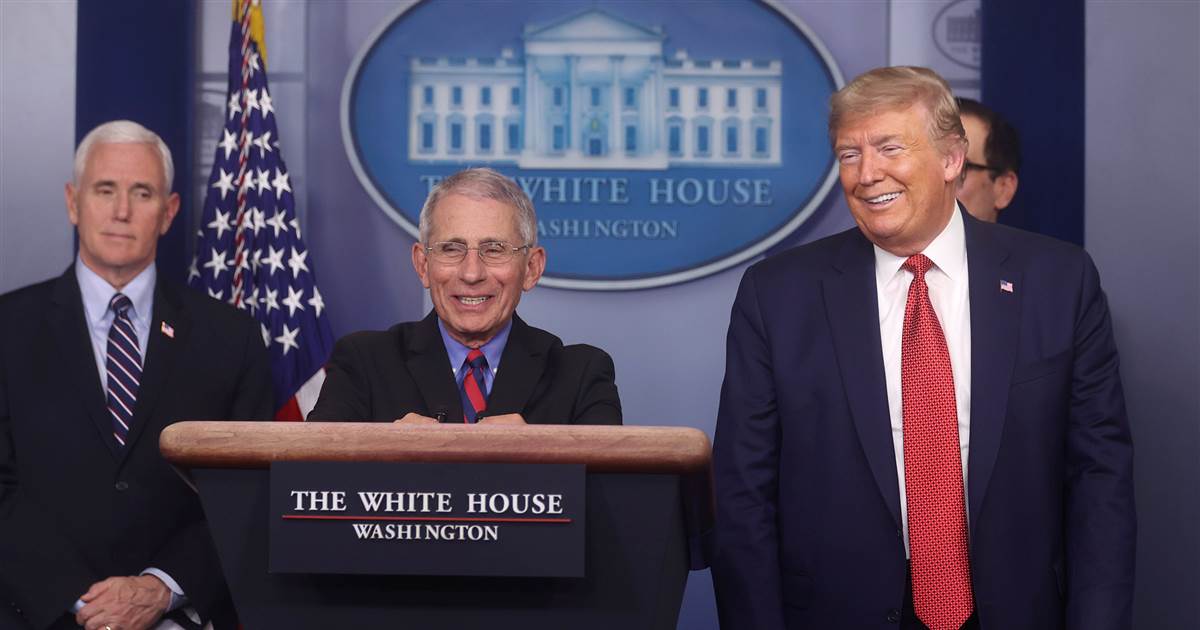 President Donald Trump bungled many aspects of the early coronavirus response. He minimized the threat, postulating “like a miracle, it will disappear.” […]

The Justice Department issued a legal opinion Monday that will provide one more tool for parents to control their teens’ online activity. […] 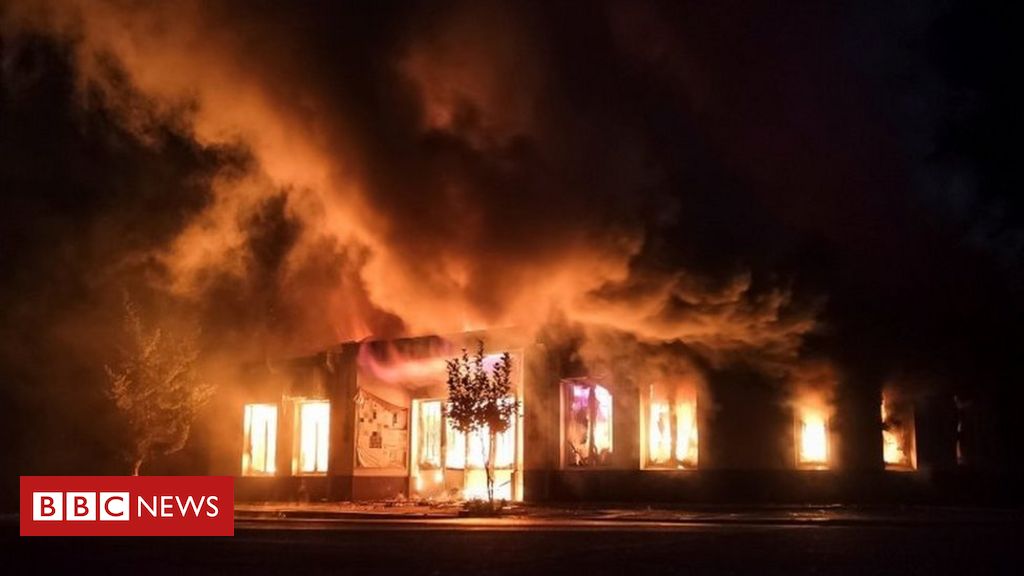 Both Azerbaijan’s second city and the capital of the breakaway region come under heavy fire. source: bbc.com