It is as if the sea has been turned off. Professional football in Britain has been stopped for the first time since the government overreacted to the outbreak of the second world war by shutting down the Football League after three games in September 1939. We are left with the game’s extraordinary absence. Football provides punctuation to our extemporised lives. Going to a game, watching Match of the Day, getting score updates on the phone – all create a functional framework for existence which some then choose to ornament with such things as a career and family.

Despite wall-to-wall press conferences, there have been no official directives on how to deal with the sudden and indefinite disappearance of football from the landscape. With this government waiting breathily for one good shot to take it down, you might think the BBC would take this chance to demonstrate its suitability to serve the population in a time of crisis. Instead, on the first day of the ban it replaced Match of the Day with the nonchalant cultural vandalism that is Mrs Brown’s Boys. It is difficult to think of a more efficient way of alienating seven million people with one scheduling decision.

By the second Saturday, bruised by the protests, BBC1 showed old FA Cup quarter-finals in the afternoon and a special Match of the Day in the usual slot, although this turned out to be Ian Wright and Alan Shearer debating the top 10 captains of the Premier League era in Gary Lineker’s kitchen. While this was still an improvement on Mrs Brown’s Boys, it was steeped in the laborious bonhomie of parents trying to convince the children that it is possible to have a wonderful birthday party without guests or presents.

Judging by recent additions to YouTube, many players and pundits are bored already. Ian Wright, a man with the attention span of someone strapped to a bomb belt, added a link on his Twitter account to a Facetime catch-up he has had with Romelu Lukaku, in which the two discuss each other’s health and Lukaku’s strategy of seeing this thing out by playing Call of Duty. The only thing not obvious about the conversation is why it was filmed.

Ordinary football fans have been left to improvise some kind of meaningful way to mark the passing of days as the virus takes the streets. There are those of us who find that social distancing comes naturally and we do not have to be told twice to avoid others for several weeks. The prospect of remaining inside for long periods similarly holds no fear, as this, after all, is where the fridge is located.

Yet, come the second Saturday without football, I found myself involved in a DIY project, something not attempted since a power drill was carefully removed from my hands by my partner 20 years ago after I had created a dragging gash in her wall during a three-second passion of untamed energy. Such was my confusion at the lack of football scores coming in, though, that I felt the need for something tangible to occur between meals. I would have sewn the button back on too, if the needle had worked properly.

Others who normally would be blamelessly tweaking their fantasy football team or scrolling through transfer rumours are now filling the dead hours going on social media to predict with grim satisfaction the next stage of social lockdown – “Next week you won’t be allowed to open a window unless you’re an anaesthetist and the army will be called in to supply the audience for Saturday Night Takeaway”. Even during the war, there were morale-boosting friendlies played. All we are offered is television, which has cast Holly Willoughby, Pip Schofield, Alex Jones and a slew of stony-faced newsreaders as the nation’s key workers.

It is possible to come up for air for an hour on Saturday morning by listening to Radio 5 Live’s Fighting Talk, an oasis of sporting pleasure in the virus desert whose host Colin Murray is, in terms of media exposure and entertainment value, the absolute antithesis of Rylan Clark-Neal or Covid-19. There has also been the diversion of admiring Piers Morgan’s growing conviction that he is the one true voice of the people, as he browbeats harmless reporters and talks all over Lorraine Kelly in his daytime television quest to speak truth to power, or, more accurately in his case, to shout truth outside power’s empty holiday home at two in the morning.

Some of us, searching frenziedly for football to watch, have strayed into the realm of esports, getting a fix watching non-athletes play Fifa 20 online, with the bonus in some cases of one of the players supplying their own commentary. But this kind of thing will not keep us going forever. While we pace about indoors, worrying that the season will be cancelled and scowling at neighbours out on their second walk of the day, there is a greater fear that we all must face together, a bewildering, destabilising thought that stirs in the void and grows between the cracks: what if we find ways of dealing with football’s absence? What if we get used to it?

• This article appeared first in When Saturday Comes
• WSC are on Twitter and Facebook, and they have a new podcast 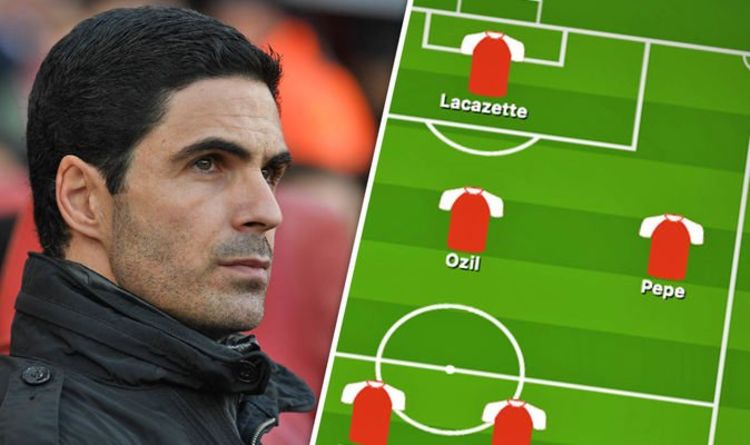 Arsenal have made just one signing this summer, landing striker Alexandre Lacazette from Lyon.  But fans are desperate to see Arsene Wenger […] 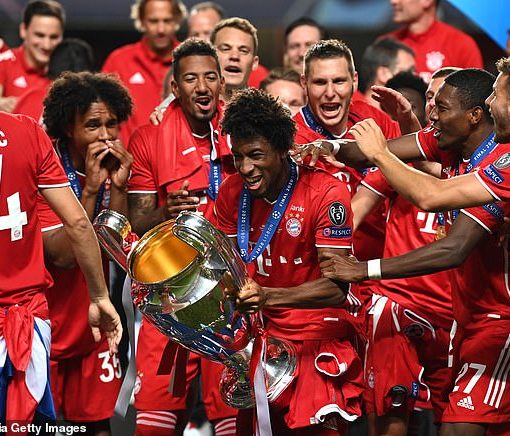 European football clubs are considering new rules that would ban Champions League sides from selling each other players. The extraordinary idea was […]

Moments after Wasps had beaten Bristol at the Ricoh Arena to book their first Twickenham final in three years, their captain, Joe […]