WASHINGTON — President Donald Trump is walking a fine political line in his push to reopen the economy, with advisers warning him there is a significant risk to his re-election bid in moving too quickly while his base of supporters grows impatient with the economic shutdown over the coronavirus crisis.

Trump sought to show the country had turned a corner this week, unveiling guidelines on how states can bring businesses back online during a press briefing that was part victory lap as he predicted the worst of the crisis was past. He said then some states could start implementing the steps immediately.

But allies and advisers inside and outside of the White House are urging caution, telling the president there is more potential risk at going too fast than too slow, citing polling that shows Americans are looking to take a more measured approach.

They have also cautioned that appearing to give too much responsibility to the governors, though it might appear to help spread out any future blame, could make Trump look like a passive bystander rather than a commander-in-chief leading the country through a crisis.

Some in Trump’s base have been sending another message. Protesters wearing “Make America Great Again” hats and waving Trump signs held demonstrations in key battleground states this week, calling on governors there to re-open businesses and services immediately, even before they have met the newly released federal guidelines. Trump seemed to be siding with the protesters on Friday, tweeting “LIBERATE MICHIGAN!”, Minnesota, and Virginia.

The conservative House Freedom Caucus, once led by current White House chief of staff Mark Meadows, also pushed for a quick reopening of businesses Friday, telling the president in a letter that “more government is not the answer to these economic woes — reopening the economy is the answer.”

With more than 20 million Americans filing unemployment claims since the start of the shutdown, campaign advisers don’t expect the economy to be back to where it was at the start of the year by Election Day. But the hope is that by fall it will be on the upswing, giving Trump the chance to pitch an American comeback story featuring feel-good images of people going back to work.

Voters will make their decisions based more on how they feel things are going versus the reality on the ground, said one former White House official close to the president, and much of those decisions will be made by early September — giving Trump just four months to turn the country’s mood around.

One concern advisers have raised about an extended shutdown that lasts into the summer is that the delay could send the economy into a prolonged tailspin where businesses permanently close and don’t re-hire their workers, depressing employment numbers into next year, said a White House official.

But lifting social distancing guidelines too soon, or without the proper preparation, could lead to a rebound in infections and deaths, public health officials have warned. While Trump’s allies believe they can make the case that the initial outbreak wasn’t his fault, urging Trump to place the blame on China or the World Health Organization, it would be a harder case to make that he doesn’t bear the responsibility for a resurgence in infections should he encourage restrictions to be lifted.

“It would be a disaster if it opened up too early, and again, we have a double curve and a double spike in cases and in deaths and we are back to where we were before,” said the White House official.

Voters, so far, say they are erring on the side of caution, as public health experts have urged. In a Pew survey released this week, roughly two-thirds of respondents said they are worried about their state easing restrictions too quickly — twice the number of those who are concerned it won’t happen fast enough.

Meanwhile, after getting an initial boost following his declaration of a national emergency, Trump has seen his poll numbers sink. Just 43 percent of respondents said they approved of the job he was doing in a Gallup poll released Thursday, falling six points since mid-March — the steepest decline of his presidency. Just 30 percent of Americans are satisfied with the way things are going in the U.S., the poll found.

Trump’s plan, announced on Thursday, would shift the decision to governors in recommendations he called “the next front in our war, which is called ‘opening up America again.'” The plan laid out a three-phase strategy states should follow for reopening areas of the economy like schools, restaurants and sporting venues, but avoided setting any dates, specific timelines or metrics for testing.

After declaring earlier this week that he has “total authority” over how states should lift restrictions, Trump told governors on a conference call Thursday that “you’re going to call your own shots,” according to two people listening to the call.

The strategy, said one former White House official, enables Trump to shift the blame to governors should the virus start to flare back up — but it also potentially prevents him from being able to take credit for success if the economy begins to recover.

Governors in the driver’s seat, said one Trump campaign adviser, are more likely to take an especially cautious approach for fear of being blamed for any deaths that might occur if the virus has a resurgence, leaving the president with an economy continuing to run on fumes.

“The problem is, it’s politics, so if some governor opens up a state and someone dies, [that governor’s] political opponents will pin the death on him,” said the adviser. “Because of politics it is probably going to cause us to wait longer than we need to in order to reopen stuff.”

Many governors have already indicated they need more testing and resources in place before they can think about approving a return to normalcy.

“Everybody wants to get our economy back and get people back to work and get our small businesses open,” said Maryland Gov. Larry Hogan, a Republican who is chair of the National Governors Association. “But we also want to make sure we do it in a safe way where we’re not just ramping things back up and endangering the lives of thousands of people.” 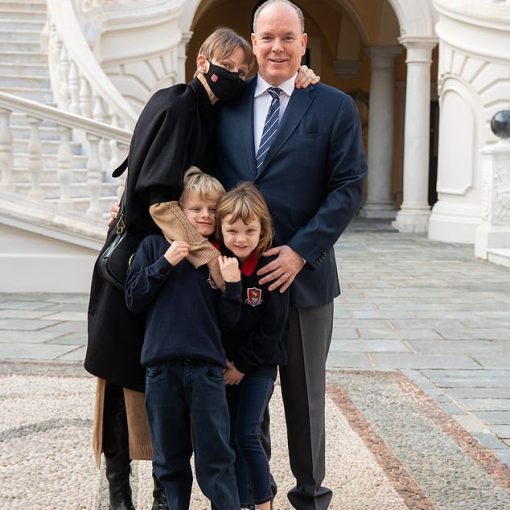