Erdogan rejected the resignation of the minister who oversaw Turkey’s rushed lockdown.

President Recep Tayyip Erdogan declined on Sunday to accept the resignation of Turkey’s interior minister, who offered it after taking responsibility for an abruptly announced curfew over the weekend that set off panic buying.

The minister, Sulyeman Soylu, announced his resignation late Sunday on Twitter, saying that he was responsible for implementing the lockdown. Within an hour, the president’s director of communications announced that Mr. Erdogan had refused to accept his resignation.

Mr. Soylu is one of the most powerful ministers of Mr. Erdogan’s cabinet, and his attempted resignation, following the removal of another minister two weeks ago, is an indication of the political fallout of the coronavirus pandemic.

The lockdown for 31 provinces was announced just two hours before it went into force at midnight on Friday, sending thousands of citizens rushing to late-night stores to buy provisions, undoing the government’s efforts to encourage social distancing.

At the time, Mr. Soylu said the lockdown was ordered by the president, but on Sunday, he said, that the responsibility for “implementing the weekend curfew decision, which was aimed at preventing the epidemic, belongs entirely to me.”

Turkey had seemed to be controlling the spread of the virus better than some European nations, and Mr. Erdogan introduced gradual restrictions while keeping some businesses working. The country was suffering double-digit unemployment and inflation even before the pandemic began.

Mr. Erdogan has sought to reassure citizens that the government will manage the health and financial fallout of the pandemic, but complaints are rising that a government compensation plan is inadequate. Many casual laborers are without income, and thousands of workers are being laid off.

A small study of chloroquine, which is closely related to the hydroxychloroquine drug President Trump has enthusiastically promoted, was halted in Brazil after coronavirus patients taking a higher dose developed irregular heart rates that increased their risk of a potentially fatal arrhythmia.

The study involved 81 hospitalized patients in the city of Manaus and was sponsored by the Brazilian state of Amazonas. Roughly half the study participants were given a dose of 450 milligrams of chloroquine twice daily for five days, while the rest were prescribed a higher dose of 600 milligrams for 10 days. Within three days, researchers started noticing heart arrhythmias in patients taking the higher dose. By the sixth day of treatment, 11 patients had died, leading to an immediate end to the high-dose segment of the trial.

“To me, this study conveys one useful piece of information, which is that chloroquine causes a dose-dependent increase in an abnormality in the E.C.G. that could predispose people to sudden cardiac death,” said Dr. David Juurlink, an internist and the head of the division of clinical pharmacology at the University of Toronto, referring to an electrocardiogram, which reads the heart’s electrical activity.

The researchers said the study did not have enough patients in the lower-dose portion of the trial to conclude if chloroquine was effective in patients with severe cases of Covid-19, the disease caused by the coronavirus. More studies evaluating the drug earlier in the course of the disease are “urgently needed,” the researchers said.

Despite its limitations, infectious disease doctors and drug safety experts said the study provided further evidence that chloroquine and hydroxychloroquine, which are both used to treat malaria, can pose significant harm to some patients, specifically the risk of a fatal heart arrhythmia. Patients in the trial were also given the antibiotic azithromycin, which carries the same heart risk. Hospitals in the United States are also using azithromycin to treat coronavirus patients, often in combination with hydroxychloroquine.

President Trump has enthusiastically promoted them as a potential treatment for the novel coronavirus despite little evidence that they work, and despite concerns from some of his top health officials. Companies that manufacture both drugs are ramping up production.

Israel’s powerful spy service has been deeply involved in the country’s fight against the coronavirus, and has been one of its most valuable assets in acquiring medical equipment and manufacturing technology abroad, according to Israeli medical and security officials.

As countries around the world compete ferociously for limited supplies during the pandemic, they are turning to any help available, and flexing their muscles unapologetically.

And with the Mossad having determined that Iran — struggling with its own coronavirus crisis — no longer represents an immediate security threat, the agency could afford to immerse itself in the health emergency, according to multiple people knowledgeable about its operations.

In early March, a command and control center was set up to handle the distribution of medical gear across the country, with Yossi Cohen, the Mossad chief, at its head and headquartered at Sheba Medical Center, Israel’s biggest hospital.

Professor Kreiss declined to say precisely how Mossad officers had helped the Israeli medical establishment or where the imported equipment came from. But according to six current or former Israeli officials with knowledge of the Mossad’s operations, the agency used international contacts to avert shortages that might have overwhelmed Israel’s health system.

In Britain, where the total number of reported coronavirus deaths surpassed 10,600 this weekend, Prime Minister Boris Johnson was released from the hospital on Sunday.

It was a major step forward in his recovery from the coronavirus and a welcome relief for a nation whose political leadership has been harder hit by the contagion than that of any other Western country.

In a video posted on Twitter, he credited the National Health Service with saving his life, calling it “the beating heart of this country.”

“It’s hard to find words to express my debt,” he said, looking a bit wan but speaking with his usual vigor.

He thanked Britons for adhering to social distancing measures and said they were helping to slow the spread of the virus.

Mr. Johnson, who spent three nights in intensive care at St. Thomas’ Hospital in London, will convalesce at Chequers, the prime minister’s country house, the government said in a statement. But he will soon be able to sign off on major decisions, including when to ease the country’s lockdown.

His release came a day after Queen Elizabeth II released a recorded Easter message in which she said that the holiday was a time of “light overcoming darkness.”

“We know that coronavirus will not overcome us,” the queen said. “As dark as death can be, particularly for those suffering with grief, light and life are greater. May the living flame of the Easter hope be a steady guide as we face the future.”

Airlines have canceled a staggering number of flights, but thousands still take off every day, leaving many of the people needed to keep them running to reckon with whether to continue working and how to stay safe if they do.

Already, hundreds of flight attendants and pilots have fallen ill and at least five have died from the coronavirus, according to to the labor unions that represent them.

Tens of thousands of airline employees have taken unpaid leave, staying home out of necessity or concern or to free up slots for colleagues who may need the income more. But some have continued to show up reluctantly, either because they need the money or fear losing their jobs once the crisis has ebbed.

Flight attendants and pilots at several major airlines, many of whom requested anonymity for fear of losing their jobs, said they have had to take their own gloves and masks to work. Even when airlines have committed to providing protective equipment, many have run into the same supply problems that have plagued hospitals across the country.

Air travel has fallen to new lows: For the first time since its formation, the Transportation Security Administration screened fewer than 100,000 people at its checkpoints. It screened more than two million people on the same day last year.

And even though the industry secured $25 billion from the federal government to pay employees through September, many airlines are likely to emerge from the crisis with fewer employees.

Saudi Arabia, Russia and other oil-producing nations completed an agreement to slash production, aiming to bolster prices that collapsed when global demand cratered amid the pandemic.

The Organization of the Petroleum Exporting Countries and Russia had reached a tentative agreement on Thursday. The final agreement will cut 9.7 million barrels a day.

The plan was delayed after the lone holdout, Mexico, stood firm on its position to cut 100,000 barrels a day and not the 400,000 barrels that Saudi Arabia had pushed for. The United States, Brazil and Canada promised to make up the 300,000-barrel-a-day difference.

The collapse in economic activity caused by the virus reduced demand by an estimated 30 million to 35 million barrels a day, according to international energy agencies and oil consultants. Analysts expect oil prices, which soared above $100 a barrel only six years ago, to remain below $40 for the foreseeable future.

Russia and Saudi Arabia — which only a month ago hoped to undercut American producers — have retreated from threats to pump more oil into the already-saturated market. President Trump had lobbied both countries to lower production. 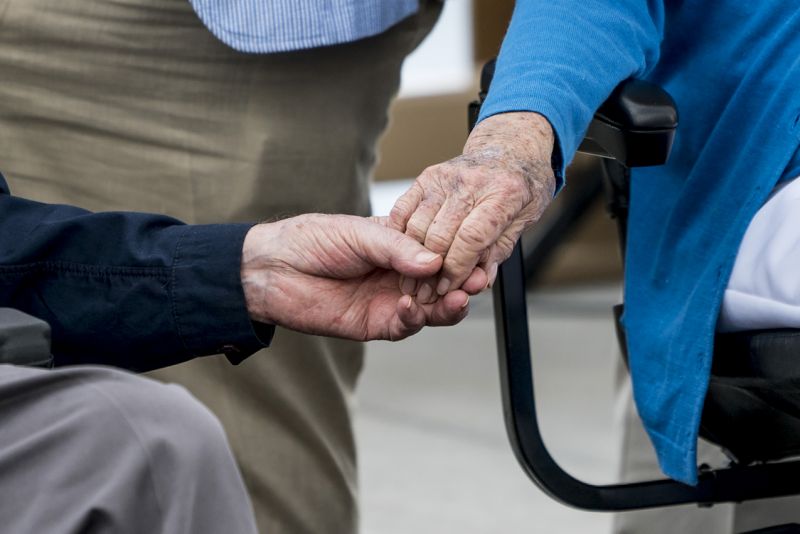 A broken heart may be a real cause of death More George H.W. Bush died in his Houston home on Nov. 30, […] 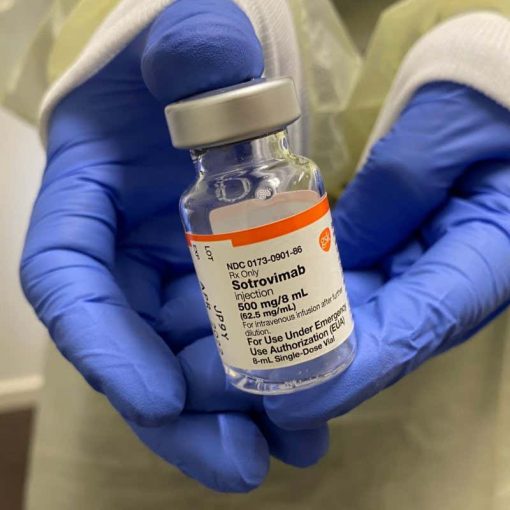 “Even if it’s a theoretical possibility, it may be a practical impossibility,” said Andrew Michael, a California-based geophysicist at the USGS. A […] 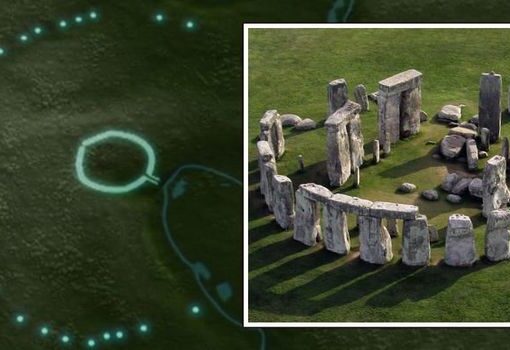 Stonehenge: ‘Mind-blowing’ new discoveries discussed by experts The story of Stonehenge took a dramatic turn this year after researchers uncovered the remains […]