Wuhan lifts its lockdown, as Europe charts its next moves.

The Chinese city of Wuhan, the birthplace of the coronavirus pandemic, lifted its lockdown on Wednesday, allowing 11 million residents to leave their homes without special authorization for the first time in more than 10 weeks.

Wuhan’s reversal is a powerful symbolic victory for China that will be closely watched by the rest of the world, even as the contagion continues to spread quickly elsewhere — including in the United States, which is approaching 400,000 known infections. It may offer a window into how other places begin to restart damaged supply chains and return to a semblance of normalcy.

The next test may come in Europe, where the spread of the virus has started to slow in hard-hit countries like Italy and Spain. Some countries are now tiptoeing toward a loosening of radical lockdown measures that have been in place for close to a month.

But the global death toll — 1.4 million confirmed infections and 80,000 deaths — continues to rise. And most of Europe, India, much of the United States and many other places are under orders for businesses to close and most people to stay at home, abruptly crippling economies and throwing millions of people out of work.

News reports are filled with scenes of overflowing hospitals in New York City; uncollected bodies on streets in Ecuador; updates on the condition of Prime Minister Boris Johnson of Britain, who is hospitalized in intensive care; and expert warnings that the epidemic could be exploding, undetected, in the poorest parts of the world.

Virologists and public health officials in Europe say that loosening restrictions too swiftly could essentially produce the catastrophic scenario that the lockdowns have so far kept at bay, just a few weeks later.

“We cannot allow a wave that overwhelms out intensive care units like in Italy or New York,” said Walter Schachmayer, a Vienna-based mathematician who has been advising Chancellor Sebastian Kurz of Austria.

That explains why many European leaders are still holding off on announcing specific dates for loosening restrictions.

President Simonetta Sommaruga of Switzerland, for example, said on Tuesday that her government was working on different scenarios for easing confinement measures in the country “when the time comes.”

“We are still very far from normal,” she said.

How doctors and nurses risked everything as the coronavirus tore through northern Italy.

By the middle of March, northern Italy had become the epicenter of a global pandemic. The coronavirus had infected tens of thousands of Italians, devastating the country with Europe’s oldest population. In the region of Lombardy, where the virus first exploded in the West, a wealthy and advanced health care system had suddenly become a war zone.

Hospitals expanded intensive-care capacity, lined entire wards with ventilators and crowded corridors with oxygen tanks and beds. The doctors, nurses, paramedics and volunteers had little choice but to soldier through day and night with little rest. Quarantined at home, Italy’s civilians took notice. They applauded from their balconies and shared on the web photos of nurses collapsed at a desk or bearing the bruises of tight masks.

Those images reached the photographer Andrea Frazzetta in the Milan apartment where he was sheltering in place with his wife and their 4-year-old son, who had recovered from pneumonia several months earlier. Frazzetta had strongly urged his mother and father to do the same. But like many in and around Milan, they took the threat lightly and stayed home only when the central government in Rome ordered a shutdown, first in the north and then in the entire country. Looking at the selfies of those bruised nurses, Frazzetta decided to document the historic struggle unfolding around him.

Prime Minister Boris Johnson of Britain spent a second night in the intensive care unit of a London hospital on Tuesday battling symptoms, raising questions not just about the state of his health but about who would lead the country, gripped by a major outbreak, in his stead if that became necessary. In England alone, 758 patients were reported to have died in hospital in 24 hours, public health officials reported on Tuesday.

Mr. Johnson was transferred to the intensive care unit on Monday after his illness worsened. Aides said he had been moved in case he needed a ventilator to help his recovery. On Tuesday evening, the British foreign secretary, Dominic Raab, said that Mr. Johnson was “receiving standard oxygen treatment and breathing without any assistance,” like a ventilator.

As Britain has no written Constitution and no standard line of succession in the case of illness or death of the head of the government, it was for Mr. Johnson to decide who should stand in for him if he became ill. But the man he nominated, Mr. Raab, has been relatively untested, serving as the leader of the Foreign Office for less than a year.

While Mr. Johnson remains as the head of the government from his hospital bed, the seriousness of his illness means that could change quickly. At a time of extraordinary challenge, Mr. Raab is already serving as chairman of a key committee on the pandemic as the government battles to control the spread of the virus and stabilize an economy hit hard by the lockdown measures it has imposed.

Previous British prime ministers, including Tony Blair and Margaret Thatcher, have had health issues while in power, but had brief periods of absence for planned procedures.

Mr. Johnson could be hospitalized for some time, and at a moment when the government must make major decisions about its virus response. Though some British prime ministers have nominated deputies, Mr. Johnson chose not to do so when he took the role last year.

The last time Britain experienced such a power vacuum was in 1953, when Winston Churchill suffered a stroke and the truth of his condition was kept from the British public.

Before going into intensive care, Mr. Johnson asked Mr. Raab to stand in for him “where necessary.”

Another senior minister, Michael Gove — who has had a lead role in coordinating the government’s response, including giving interviews on Mr. Johnson’s state of health — announced on Twitter on Tuesday that he was self-isolating. He felt well, he said, but a member of his family showed symptoms of the virus.

Meanwhile, the acting Navy secretary resigned in the wake of his bungled response to an outbreak of the virus aboard the aircraft carrier Theodore Roosevelt engulfed the Navy in a public relations disaster, Defense Department officials said.

In Wisconsin, fears of the pandemic did not stop thousands of voters from participating in the state’s elections, where critical races such as the Democratic presidential primary and a key state Supreme Court seat were being decided. But many others across the state appeared inclined to stay home as the fear of contracting the disease outweighed their desire to vote.

And Jack Dorsey, the chief executive of Twitter and Square, announced that he planned to donate $1 billion, or just under a third of his total wealth, to virus relief programs. Mr. Dorsey said the donation, in the form of shares in his mobile payments company Square, into a limited liability company that he had created, called Start Small. Start Small would make grants to beneficiaries, he said, with the expenditures to be recorded in a publicly accessible Google document.

Like many cities, Paris has lost a little bit of its magic during the coronavirus lockdown, with cafes, theaters and shops closed.

And now you can’t even run there, at least for much of the day. All outdoor sports, including running, have been banned from 10 a.m. to 7 p.m. Officials hope that by pushing people to exercise in the less busy hours they will cut down on social interaction.

Mayor Anne Hidalgo told Franceinfo that she did not want to ban jogging, only limit it to “times when there will be fewer people on the street.” She continued, “During the day, you have people who do their shopping — and that’s normal, because you have to eat — and you have people who go to work.”

Even cycling has been halted in France, but professionals are asking for a waiver, saying that their livelihoods are at stake.

On Tuesday, France became the fourth country in the world to pass the grim milestone of 10,000 deaths because of the coronavirus, as authorities reported that 10,328 people had died because of the virus in hospitals and in retirement or nursing homes.

Jérôme Salomon, a top official at France’s health ministry, said at a news conference on Tuesday evening that there were now 78,167 test-confirmed Covid-19 cases in France, and that 7,131 people were now in intensive care.

French authorities are closely following the number of patients in intensive care as an indication of the strain on the health system as a whole.

The net increase of patients in intensive care has gradually diminished over the past week, an encouraging sign that the number of serious cases health workers have to deal with each day is starting to stabilize.

But Mr. Salomon warned that this did not mean the epidemic had peaked, because the number of new cases and new hospital patients was continuing to increase.

Doug Ford, the premier of Ontario, officially proclaimed the Easter Bunny an “essential service provider” thus freeing the seasonal visitor to make its rounds on Sunday.

But it won’t be business as usual for the bearer of chocolate eggs. The Easter Bunny, the order states, “shall not deliver Easter treats in parks, playgrounds and all other outdoor recreational amenities as described in Ontario Regulation 104/20.”

“The kids have simple things they are worried about, like the Easter Bunny,” Mr. Ford said during his daily news conference which was otherwise dominated by issues like Ontario’s supply of personal protective gear for health care workers. “So kids, the Easter Bunny has become an essential service and he will make sure they have chocolates ready for Easter.”

In Quebec, François Legault, the province’s premier, sternly reminded residents that gathering to celebrate Easter was not allowed, but he assured children that the work of the Tooth Fairy had been declared essential.

“I want to assure all parents that the Tooth Fairy has immunity against the coronavirus — there is no danger,” Mr. Legault said on the day Quebec released its projections for virus-related deaths. He did not weigh in on the Easter Bunny’s current legal status.

Prime Minister Justin Trudeau does not have the authority to declare workers essential. But he has specifically addressed children during his daily briefings, and over the weekend took questions from children in an online broadcast.

Asked what song he uses to time his hand washing for the recommended 20 seconds, Mr. Trudeau said: “I like singing ‘Happy Birthday,’ because I like thinking that it might be my birthday today or any given day.”

Time is of the essence for disinfecting your home and hands

You’ve been cleaning your home and washing your hands all these years, and you never stopped to consider if you were doing it wrong. But time matters when it comes to fully disinfecting your household surfaces and your skin. Some disinfectants can take up to 10 minutes to fully work. As for your hands? By now you should know that scrubbing for a full 20 seconds is the way to go. 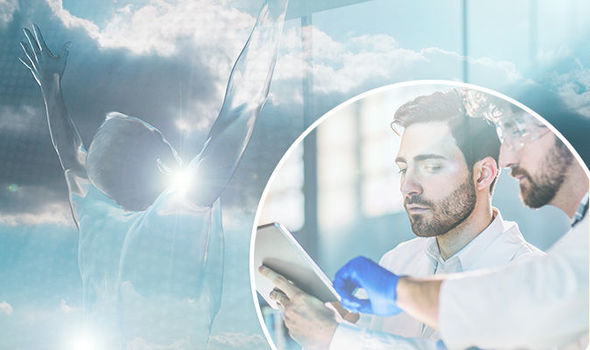 Top scientists have come up with a cloaking device that scatters light away from an object so it cannot be detected. The […] 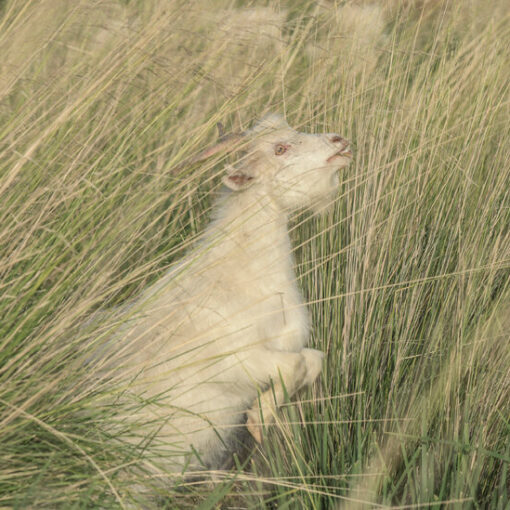 Just under a decade ago, I wrote a column about an extraordinary new initiative, courtesy of Fendi, called Pesce d’Aprile, in which […] 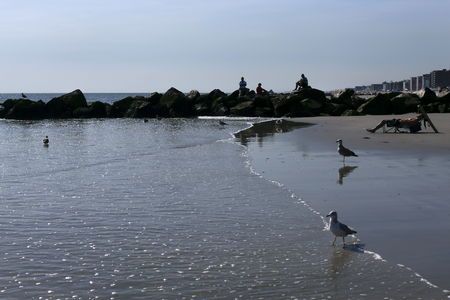 Mass starvation has wiped out thousands of penguin chicks in Antarctica, with unusually thick sea ice forcing their parents to forage further […]