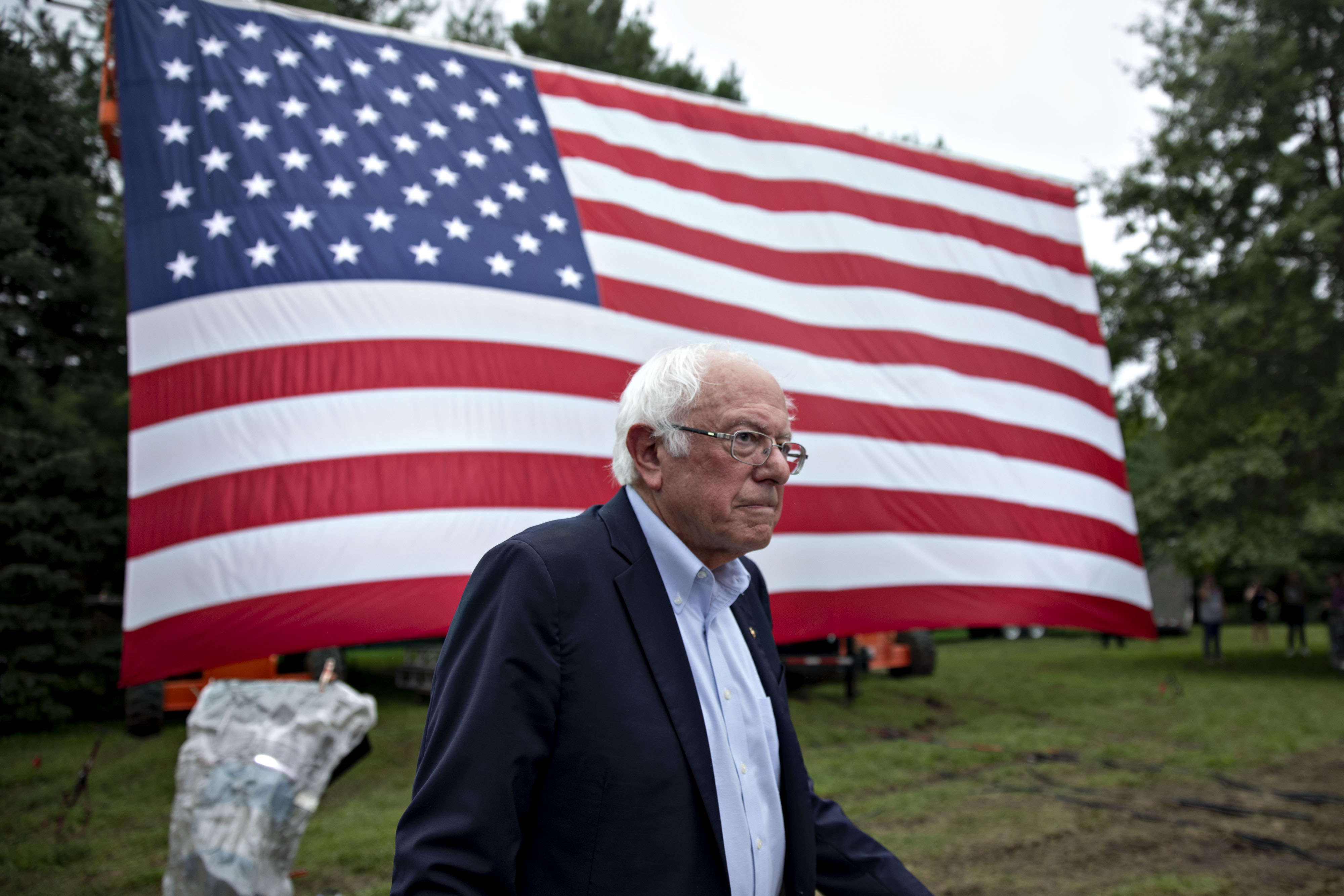 “I have concluded that this battle for the Democratic nomination will not be successful, and so today I am announcing the suspension of my campaign,” Sanders told supporters in a livestream, saying he wished he could provide supporters with “better news” but “I think you know the truth.”

“We are now some 300 delegates behind Vice President Biden and the path to victory is virtually impossible,” he said. Sanders called Biden “a very decent man who I will work with to move our progressive ideas forward.”

Calling the decision “difficult and painful,” Sanders said he had to make an “honest assessment of the prospects for victory.”

He added that he understands some supporters who want him to fight on through the convention, but he could not “in good conscious continue to mount a campaign that cannot win and would interfere with the important work required of all of us in this difficult hour” as the COVID-19 outbreak grips the nation.

He pledged to have significant influence over the party platform this summer, as he did during the 2016 convention. He pointed to policies like a $15 minimum wage, which has been picked up in some states and cities since he first began campaigning for it at the presidential level five years ago, as evidence that his progressive platform is winning.

In a conference call with staffers earlier Wednesday, Sanders thanked his team for its “extraordinary work.”

Biden released a lengthy statement on Medium after Sanders’ departure from the race, saying he “has put his heart and soul into not only running for president, but for the causes and issues he has been dedicated to his whole life.”

“So, I know how hard a decision this was for him to make — and how hard it is for the millions of his supporters — especially younger voters — who have been inspired and energized and brought into politics by the progressive agenda he has championed,” Biden said. “Bernie has done something rare in politics. He hasn’t just run a political campaign; he’s created a movement. And make no mistake about it, I believe it’s a movement that is as powerful today as it was yesterday. That’s a good thing for our nation and our future.”

He said he knows “how hard this is” and that Sanders “put the interest of the nation — and the need to defeat Donald Trump — above all else.”

“And for that Jill and I are grateful,” Biden said. “But we also want you to know: I’ll be reaching out to you. You will be heard by me. As you say: Not me, Us. And to your supporters I make the same commitment: I see you, I hear you, and I understand the urgency of what it is we have to get done in this country. I hope you will join us. You are more than welcome. You’re needed.”

“Bernie Sanders is OUT!” Trump wrote. “Thank you to Elizabeth Warren. If not for her, Bernie would have won almost every state on Super Tuesday! This ended just like the Democrats & the DNC wanted, same as the Crooked Hillary fiasco. The Bernie people should come to the Republican Party, TRADE!”

The Vermont independent senator’s 2020 bid started off strong. He narrowly missed first place in Iowa before picking up wins in New Hampshire and Nevada. All the while, his campaign continued to rake in millions in small-dollar donations and pack rallies full of supporters as he ascended to national front-runner status amid a crowded Democratic field.

Running as a progressive insurgent against Hillary Clinton in 2016, Sanders popularized ideas like “Medicare for All.” In 2020, however, a number of candidates backed similar policies, and he faced another prominent progressive in Sen. Elizabeth Warren, D-Mass., who was the first to propose canceling some student debt in April.

Sanders followed with a more far-reaching plan of his own in June. Warren surged above Sanders in the fall, right up until he suffered a heart attack in October. That — along with the high-profile endorsement by Rep. Alexandria Ocasio-Cortez, D-N.Y., — revived his national polling numbers, and he remained in second place until Biden’s dismal fourth-place showing in Iowa, which propelled Sanders to front-runner status.

In his 2020 bid, the senator worked to broaden his support with Latino voters, and his coalition grew more diverse because of it. But despite years of outreach to increase his popularity among black voters, Sanders failed to earn their votes in large numbers. He also lost some of his white working-class supporters to Biden, a fracture of his coalition that cost him crucial votes in states like Michigan.

Sanders also stumbled with women voters, facing accusations of sexism in January after tensions between his and Warren’s campaigns spilled out into the open. The two progressives had largely remained allies while campaigning for the nomination, but a series of leaks to the media from aides and supporters of both senators accusing the other camp of dirty tricks and lying culminated in Warren saying in a statement that Sanders once told her he didn’t think a woman could win the presidency.

Sanders denied the claim, but he was hit with further criticism of his supporters — dubbed the “Bernie Bros” — after female union leaders in Nevada who spoke out against his candidacy said they were attacked by his fans.

His campaign officially stalled in South Carolina. Fueled by a crucial endorsement from Rep. James Clyburn, D-S.C., Biden won the Palmetto State decisively. The moderate wing of the party then consolidated around him — Amy Klobuchar and Pete Buttigieg both dropped out of the race and endorsed him — and Biden won 10 of 14 states on Super Tuesday.

Warren dropped out of the race after Super Tuesday, but declined to endorse any candidate.

“Thank you @BernieSanders, for fighting so relentlessly for America’s working families during this campaign,” Warren tweeted Wednesday. “Your fight for progressive ideas moved the conversation and charted a path for candidates and activists that will change the course of our country and party.”

A week later, on March 10, Biden dominated in five of the six states that voted, including Michigan, one of Sanders’ biggest 2016 victories, to grow his delegate lead over the Vermont senator. Sanders’ substantial losses in Florida, Illinois and Arizona on March 17 put Biden on an insurmountable path to the Democratic nomination.

A day after those contests, and with the next voting night weeks away, Sanders’ campaign manager Faiz Shakir wrote that the candidate was “going to be having conversations with supporters to assess his campaign. In the immediate term, however, he is focused on the government response to the coronavirus outbreak and ensuring that we take care of working people and the most vulnerable.”

In a message to supporters, Shakir was more pointed.

“No sugarcoating it, last night did not go the way we wanted,” he said of the March 17 losses. “And while our campaign has won the battle of ideas, we are losing the battle over electability to Joe Biden.”

None of my staff has undermined coronavirus messaging: UK PM Johnson

Memorial Day isn't a celebration. It's for remembering people like Tyler Parten.

Under fire over lockdown trip, close aide to UK's Johnson toughs it out

Some Americans take a holiday from social distancing

Out of the house: Democrat Biden makes first campaign stop in weeks