PARIS (Reuters) – President Emmanuel Macron pledged on Tuesday to make France self-sufficient in protective masks by year-end and learn lessons from the coronavirus emergency, firing back at growing criticism of his government over painful equipment shortages.

France has already ordered 1 billion masks to ease an acute shortage nationwide that has angered front-line healthcare officials and politicians as the coronavirus outbreak has swept across the country, killing at least 3,523 people.

Speaking at a mask-producing factory on Tuesday, Macron said he had ordered a tripling of domestic mask production by the end of April to 10 million and production of 10,000 extra respirators by mid-May.

“The priority today is to produce more in Europe and France,” Macron said at the Kolmi-Hopen factory near the western town of Angers.

“By the end of the year I want to us to be fully and completely independent (in production),” he said, adding that 4 billion euros ($4.39 billion) had been set aside for the Public Health Authority to buy equipment.

The pandemic has triggered a massive surge in demand for protective gear in France and neighboring European countries including Italy and Spain, with the world’s worst and second worst death tolls from the respiratory illness respectively.

China, where the virus originated and where countless factories were shut down to contain its spread, accounts for more than half the global production of masks, according to the World Health Organization (WHO).

The number of people in France infected with the virus rose to 52,128 on Tuesday, a 17% rise on the previous day.

In 2013, France’s previous government took the decision to sharply reduce the number of face masks held in strategic reserve after a public outcry over the cost of bolstering stocks during the H1N1 bird flu crisis.

Mask consumption since the onset of the coronavirus crisis has soared from four million per week to more than 40 million, but the state’s pre-crisis inventory of 140 million has proved insufficient as has the import of billions of masks.

Nowhere has the shortage been felt more than in hospitals and nursing homes where health professionals have criticized the government’s slow reaction to the unfolding crisis.

Sarah, a nurse in a coronavirus wing of a Paris hospital, told Reuters on Tuesday that the lack of masks for staff, but also patients, was getting worse despite government pledges.

“Each patient should have their own mask, but we don’t have enough to change them and some don’t even have any. I had one (patient) who coughed on me and we didn’t have any gel left either to disinfect,” she said.

“What makes me angry is that we don’t have the equipment to protect ourselves. Who will look after the patients when we fall sick?”

The management of the crisis, which has halt the economy and forced the government to lock down France until at least April 15, has also been condemned by opposition lawmakers.

Far-right National Rally leader Marine Le Pen said on Monday the government had lied about “absolutely everything, without any exceptions”. Macron hit back on Tuesday.

“When we fight a battle, we must be united to win it and I think that all those who are already trying to hold trials when we have not won the war are irresponsible,” he said.

“The time will come for accountability.” 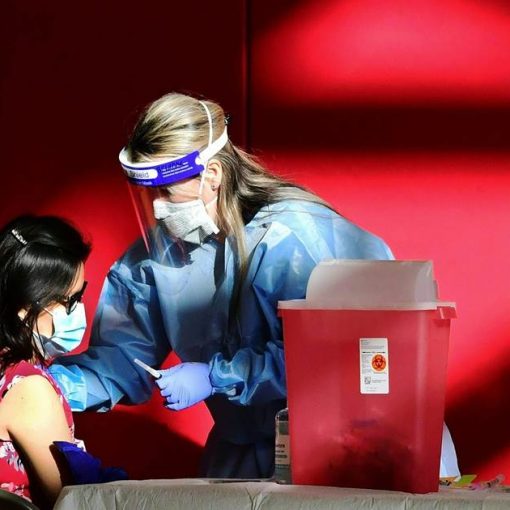 One hundred days after the United States started administering Covid-19 shots, it is in a somewhat surprising place: The vaccination effort is, […] 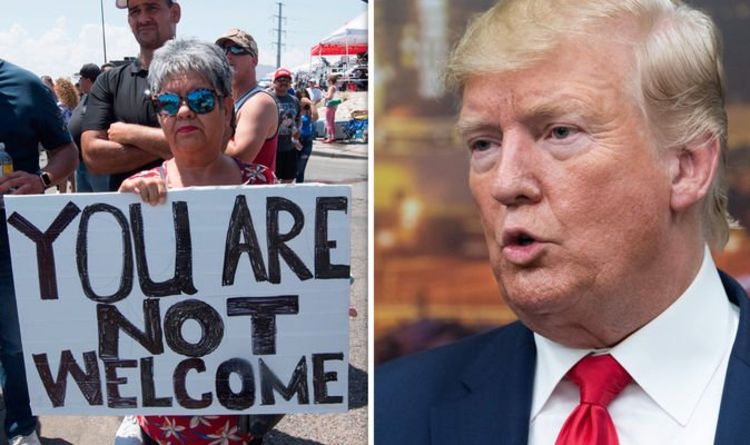 More than 30 people were killed in two deadly acts of violence over the weekend in the US. The President was criticised […] Beijing has staked its claim on a piece of disputed land near the border with India, by writing the word ‘China’ on […] 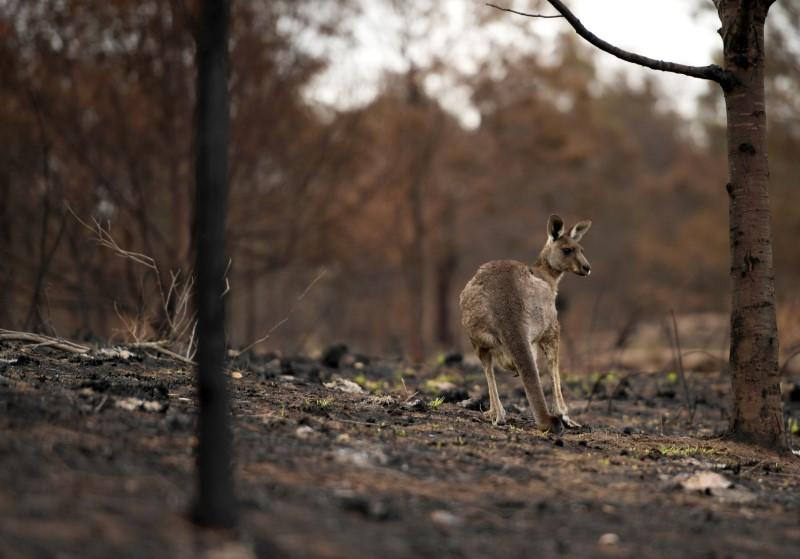