Canada has become the first country to warn that it won’t send its athletes to the Tokyo Olympics unless they are postponed for a year, as pressure builds to delay the Games due to the coronavirus pandemic.

The Canadian Olympic Committee said holding the Games as planned would threaten the health of its athletes, “their families and the broader Canadian community for athletes to continue training for these Games”.

“In fact, it runs counter to the public health advice which we urge all Canadians to follow,” it said in a statement, hours after the Japanese prime minister, Shinzo Abe, conceded for the first time that postponement was now a possibility if the Games could not be held in their “complete form”.

The committee added: “While we recognise the inherent complexities around a postponement, nothing is more important than the health and safety of our athletes and the world community.”

The Australian Olympic committee (AOC), meanwhile, has told its athletes to prepare to compete in the Olympics in the northern-hemisphere summer of 2021.

The AOC said the massive disruption caused by the outbreak would make it impossible to assemble a team in time for the Games, which are scheduled to open on 24 July.

“We have athletes based overseas, training at central locations around Australia as teams and managing their own programs. With travel and other restrictions this becomes an untenable situation,” its chief executive, Matt Carroll, said in a statement on Monday.

New Zealand added to pressure for a delay, saying the country would consider boycotting the Olympics if they open as scheduled.

The committee’s president, Mike Stanley, published an open letter on Monday in which he wrote, “Athletes need a safe, and fair, playing field to compete and, right now, the widespread and evolving impact of Covid-19 is not allowing that to happen.” He urged the International Olympic Committee (IOC) to “finalise their decision as soon as possible, bringing clarity to our sports and athletes”.

A few hours later, following the news that Japan was considering postponing the Games, Stanley told Newshub that “postponement is the only way to go”, and that New Zealand would consider a boycott if the Games went ahead as planned.

Opposition to holding the event in July has risen sharply in recent days, with US Track and Field and UK Athletics among those calling for a delay because of the pandemic. Several countries, including Brazil, Norway and Slovenia, have pressed the IOC to consider postponement but have not threatened a boycott.

The IOC said on Sunday that it was drawing up alternative scenarios for the Games, but was not considering calling them off. It said it would take up to a month to reach a decision, although that timeline will soon begin to look unrealistic if more national Olympic committees threaten boycotts.

“These scenarios relate to modifying existing operational plans for the Games to go ahead on 24 July 2020, and also for changes to the start date of the Games,” the IOC said in a statement.

“The IOC will … start detailed discussions to complete its assessment of the rapid development of the worldwide health situation and its impact on the Olympic Games, including the scenario of postponement. The IOC is confident that it will have finalised these discussions within the next four weeks.”

Abe, who until recently insisted the Olympics’ timing would not change, hinted that postponement could be an option if the coronavirus pandemic made it impossible to hold them in July with the full quota of athletes and spectators.

If holding the Olympics in its complete form “becomes impossible, we may have no option but to consider postponing the Games, given the Olympics’ principle of putting the health of athletes first”, Abe told parliament on Monday.

Despite the uncertainty, Japan’s Olympics minister, Seiko Hashimoto, said on Monday that the torch relay would start on Thursday as planned. Organisers have asked people not to line the route when the flame begins its journey through Japan’s 47 prefectures in Fukushima.

Pep Guardiola believes the loss of John Stones will present Manchester City with a tough examination of their title credentials. Stones, whose […] 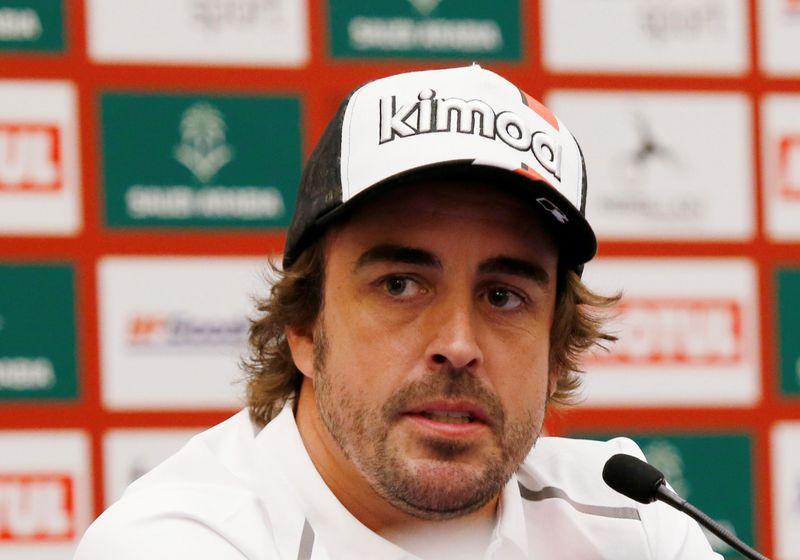 (Reuters) – Fernando Alonso won at Indianapolis, in the virtual world at least, on Saturday in a field featuring 80-year-old U.S. great […]