CAREFUL WHAT WE WISH FOR

The Fiver has campaigned for more than a decade to STOP FOOTBALL and our hard work of sitting back and waiting around has finally paid off. We had hoped the issue to curtail the sport would be an international shortage of whistles for referees, but it is what it is.

There was no lack of dillying and dallying from the Premier League on Thursday as it stated games would go ahead this weekend, just to spite the campaign. It was announced that our brave boys would carry on with Blitz spirit to play for another 90 minutes. Within 69 minutes it turned out that top-tier English professional football, like the rest of the world, was not immune. An emergency meeting was convened by bigwigs as they tried to work out how to belatedly do the right thing. Could they stop the players from breathing on the pitch? Could fans be forced to wear Premier League-branded masks? In the end, they had to call the whole thing off.

“In this unprecedented situation we are working closely with our clubs, government, the FA and EFL and can reassure everyone the health and welfare of players, staff and supporters are our priority,” read a Premier League statement, which stopped short of expanding on what happens next. Could the season be voided, thus scuppering the hopes of Liverpool, Nasty Leeds and Plymouth Argyle? Will Euro 2020 be pushed back 12 months? Does any of it really matter? “I’ve said before that football always seems the most important of the least important things,” said Jürgen Klopp later on Friday. “Today, football and football matches really aren’t important at all. If it’s a choice between football and the good of the wider society, it’s no contest. Really, it isn’t.”

Anyway, life will now be so much richer without spending the entire weekend watching back-to-back matches from the Premier League, Championship, WSL, MLS and Bolivian second division. Sadly, our STOP FOOTBALL plan involved being able to go out and slurp Tin in gardens for weeks at a time – but we can adapt, what with being no stranger to social distancing, hoarding hundreds of loo rolls and keeping the bath topped up with baked beans at all times. And without constant live football on the tellybox at Fiver Towers, there will need to be a rethink on how to spend the weeks ahead. Our internet shopping basket is bursting with that Morse collection, how-to-make-your-own-booze booklets and 3D jigsaws of football stadiums, while the Subbuteo set, not needed since Cousin Fiver tipped it over after a last-minute Grasshoppers Zurich winner at Christmas 1996, is being brought down from the loft. Stay safe, good luck and see you on the other side.

Er, there’s some live stopped football, if it helps.

“I don’t think we had any great leadership, listening to the prime minister. I was totally underwhelmed by the lack of leadership and clear message. I heard one of the statements from the prime minister talking about listening, and that the decisions would be based on science and that there’s not necessarily a greater risk with people being together at sporting venues. If that’s based on science, fine, but that doesn’t necessarily make sense to me. I wouldn’t want our fans to be going into a situation where they are fearful of contracting something that could possibly affect either themselves or a member of their family” – Watford manager Nigel Pearson, there, less than impressed with Boris Johnson.

“May I be the 1,057th to congratulate The Fiver on finally completing your STOP FOOTBALL campaign? Now, please start football again” – Thomas Krantz (and 1,056 others).

“Apropos of Tottenham’s most successful manager, Sir Bill Nicholson, and his famous words (‘It is better to fail aiming high than to succeed aiming low’) I would argue The Fiver has perhaps set its sights too high in its campaign to STOP FOOTBALL. A successful failure, if ever there was” – Tony Christopher.

“I know it might seem a bit unfair to Nasty Leeds and Liverpool supporters but, as a concerned citizen, I think it’s only fair that we should abandon the season and start again from scratch next September due to coronavirus. After all, as the great and magnificent Pep Guardiola said, we are in the business of entertainment and that would cheer up an awful lot of people in these dark days” – Stuart Burrows.

Send your letters to [email protected] And you can always tweet The Fiver via @guardian_sport. Today’s winner of our prizeless letter o’the day is … Tony Christopher.

The pilot of the plane carrying Emiliano Sala was not licensed to fly the aircraft when it plunged into the sea, killing both of them, an official report has concluded. David Ibbotson had not completed night-flying training and his private pilot’s licence did not permit him to be paid for carrying passengers, the Air Accidents Investigation Branch (AAIB) found.

Uefa has postponed all Big Cup and Big Vase fixtures next week because of coronavirus.

BT Sport are not offering refunds to subscribers for the lack of live Premier League, Big Cup and other competitions to which they have TV rights, as broadcasters grapple with the mass postponement of sports due to the coronavirus pandemic.

The Vanarama National League is ploughing on, mind. “The FA has offered its guidance, and made it clear the decision to continue or to suspend a competition is a matter for each league to make,” read a statement.

And the Fun and Games in South America Dept remains open for now as well, with Grêmio’s goalless Libertadores draw with Internacional culminating in eight red cards and scenes no one likes to see but really likes to see. “I am against violence and I told my players that too,” tooted Grêmio coach Renato Portaluppi. “I always tell my team just to play football, but when the opponent starts fighting, I can’t expect them just to watch. My team is not made up of nuns.”

Angel Di Maria is Barcelona’s top alternative target if they cannot sign Philippe Coutinho from Liverpool. Barca are furious with PSG for […]

For Norwich there could hardly been a sweeter way to reach the top of the Championship. They ventured into the den of […] 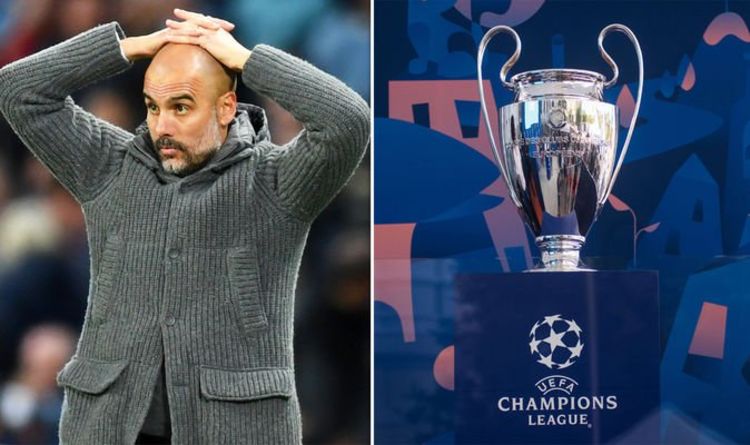 Manchester City retained their Premier League crown over the weekend with victory at Brighton. It was a close-fought battle with Liverpool throughout […]

Bury’s opening League One match against MK Dons on Saturday has been suspended, the EFL has announced. “Following continued and comprehensive discussions […]