At some point last Oct. 1, Russell Bucklew was served a gyro, a smoked brisket sandwich, two portions of fries, a cola and a banana split. We know this because, shortly after he was executed at 6:23 p.m. that day, the Missouri Department of Corrections gave details of the condemned man’s final meal request to a small group of journalists.

I read about Bucklew’s food choices courtesy of a British tabloid. It was a banal but compelling detail at the end of a wretched drama that started with a homicide and rape in 1996, involved multiple appeals that advanced all the way to the Supreme Court and concluded with Bucklew’s death by lethal injection.

It is also the grim reality behind the parlor game that those of us with an overly developed interest in our lunch have long loved to play: Just what would your last meal be?

Over my two decades as a newspaper restaurant critic in Britain, I have regularly been invited to imagine myself on death row, and not just by aggrieved chefs. So what would I choose? I’ve always told my interviewers that I would have lost my appetite. The obvious candidates — anyone on the edge of death — for last meals are equally less than suited to eating them.

Nevertheless, the notion of a collection of dishes that might sum up who you are, that could represent your fondest of food memories, is a hugely appealing one. Eventually I decided I should go in pursuit of mine and write a book about it, while I was still fit and healthy enough to enjoy the outcome.

But before setting out on the culinary adventure to end them all, I thought it only proper that I investigate the real last meals of the condemned — that I put some bitter meat on the bare bones of the game.

One thing became clear. While more than 50 nations have the death penalty and continue to use it, only the United States appears to have acquired highly developed literature on its culinary aspect, both popular and scholarly: There are countless accounts of orders for fried chicken and burgers, for ice cream and chocolate chip cookies; for the food of a great childhood day out, ordered by men — and it is mostly men — about to be executed by the state.

There are academic papers with titles like “Final Meals: The Theatre of Capital Punishment,” by Christopher C. Collins, a doctoral candidate at Southern Illinois University when he wrote it in 2009. The article cast the serving of such food as part of the dramatic ritual of state-sanctioned death.

There was the 2007 paper “Last Words, Last Meals, and Last Stands: Agency and Individuality in the Modern Execution Process,” by Daniel LaChance, then of the University of Minnesota. He argued that the practice of allowing the condemned to choose a last meal — a selection then amplified by the news media — portrayed death row inmates as “autonomous actors, endowed with agency and individuality.”

In short, he said, it helped signify them as “self-made monsters who are intrinsically different by choice.” That, in turn, helped sustain the death penalty by emphasizing the notion that they deserved it.

Yet another paper, published in 2012 by the journal Appetite, is a detailed analysis of what the authors refer to as “death row nutrition.” One of the authors was Brian Wansink, who resigned his professorship at Cornell University in 2018 after questions were raised about the methodology used in many of his studies of consumer food choices. Nevertheless, the paper is still regularly quoted, perhaps because of the granular detail it offers.

It analyzes 247 last meals, all of them ordered by condemned prisoners in the United States from 2002 to 2006. The average meal came in at 2,756 calories, but four requests, from Texas and Oklahoma, were estimated to have gone beyond 7,000. The choices headed deep into diner territory — 70% of the prisoners asked for fried food. Many requested specific brands: 16% ordered Coca-Cola, and three inmates wanted Diet Coke.

These academic studies sit alongside popular representations, like the stark photographic re-creations of last meals by Jacquelyn C. Black, or the 2004 cookbook by Brian D. Price, a former Texas prisoner who prepared many of the last meals where he was incarcerated and wanted to share the recipes. He called it “Meals to Die For.”

In 2011, Texas abandoned the custom last meal for death row inmates after killer Lawrence Russell Brewer placed a vast order — two chicken-fried steaks, a pound of barbecue and so on — but ate none of it. New Zealand-born photographer Henry Hargreaves was struck by the news and began researching the subject.

“For me the death penalty was no longer an abstract thing,” Hargreaves said. “The detail of death row meals brought home the human aspect. I thought, if I can empathize with these people through their last meals, other people can, too.”

He set about re-creating last meals in his Brooklyn, New York, apartment and shooting them. Here was Oklahoma City bomber Timothy McVeigh’s order for mint chocolate chip ice cream. Here was the bucket of fried chicken requested by serial killer John Wayne Gacy, once a KFC manager. And here was the meal requested by Nicola Sacco and Bartolomeo Vanzetti, Italian immigrants executed in 1927 for killing two men in an armed robbery; their case elicited protests around the world, and 50 years later, the governor of Massachusetts proclaimed that they had not been given a fair trial.

“With these images, I didn’t want to preach right or wrong,” said Hargreaves, whose collection, titled “No Seconds,” was exhibited at the 2013 Venice Biennale. “I wanted people to look at them and think about the issues involved. That’s what art should be about.”

Except perhaps for “Last Supper,” a 2005 documentary by Swedish art filmmakers Mats Bigert and Lars Bergstrom that includes testimony from prison guards in Thailand, South Africa and Japan, all of this material is American. This may be because many of the other countries that impose the death penalty, like China, Iran and Saudi Arabia, do not have news media free enough to report the details of executions.

The fascination in the United States stems in part from a well-established true-crime culture, said Ty Treadwell, an author of the book “Last Suppers: Final Meals From Death Row,” published in 2001 and still in print. “The line between news and entertainment in the U.S. has become somewhat blurred,” he said in a phone interview. “And people are interested in lives very different from their own, be they the Kardashians or death-row inmates.”

Michael Owen Jones, a professor emeritus at the University of California, Los Angeles, interrogated the subject in his thoughtful 2014 paper “Dining on Death Row: Last Meals and the Crutch of Ritual.”

Reporting about death row meals is not new, he wrote, quoting from an 1891 editorial in The Fort Worth Gazette that railed against the fascination: “Someday some newspaper will forget to report the articles of food comprising the last meal eaten by a murderer under sentence of death and then the whole bottom will fall out of newspaper enterprise.” It continued, “There is too much attention paid to sickly details in setting forth the fact of the execution of a man too dangerous to live.”

Jones wrote in an email that the interest in death row meals was born merely of a desire “to think about one’s own last meal and what it would consist of, wondering what if anything could be inferred about the personality of the executed person from the requested final meal.” It could also be used, he said, to justify support or opposition to the death penalty.

Kristina Roth, senior program officer for criminal justice programs at Amnesty International USA, which opposes capital punishment, contended that “the publicity around condemned prisoners’ last meals sometimes means the general public are made to think about the grim reality of facing execution at a predetermined hour.”

“The ‘ordinariness’ of the last meal is a sort of connection between the macabre world of death row and everyday life,” she said in a statement.

Michael Rushford, president of the Criminal Justice Legal Foundation, which supports capital punishment, disagreed. “The 60% who support the death penalty don’t care either way,” he told me.

Robert Dunham is executive director of the Death Penalty Information Center, a nonprofit group that provides analysis and information about capital punishment but does not take a position on it. He described the interest in death row meals as “voyeuristic sensationalism.”

“It has nothing to do with the merits or flaws of capital punishment,” he added.

It is, he said, a “vestigial hangover” from the days when hangings and lynchings were public events. “The fact that executions have been moved indoors hasn’t eliminated the salaciousness that accompanied them in the past,” he said.

It seems that, because we’re no longer able to huddle around the steps of the gallows to watch executions up close, we make do with a litany of familiar dishes reported from afar. From that, we attempt to understand a little more about the person behind the terrible crime they may have committed and, in turn, try to imagine the terrible punishment that follows.

It’s a curious obsession, given that these death row requests probably tell us little about either. They also happen to be a long way from our idle fantasies of the one meal that we hope might define us when we ourselves are a long way from death. 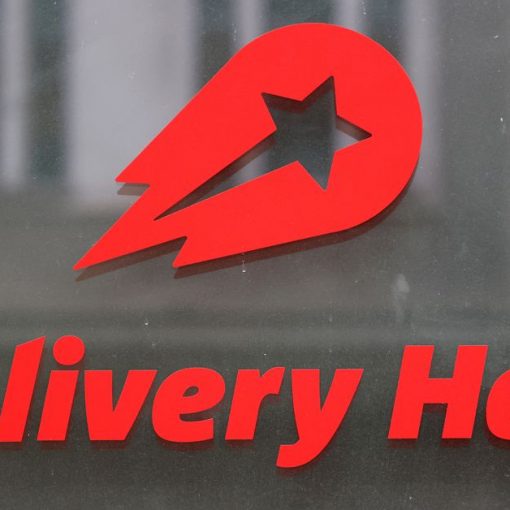 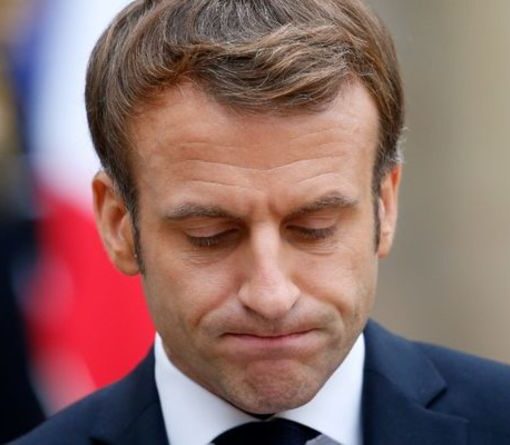 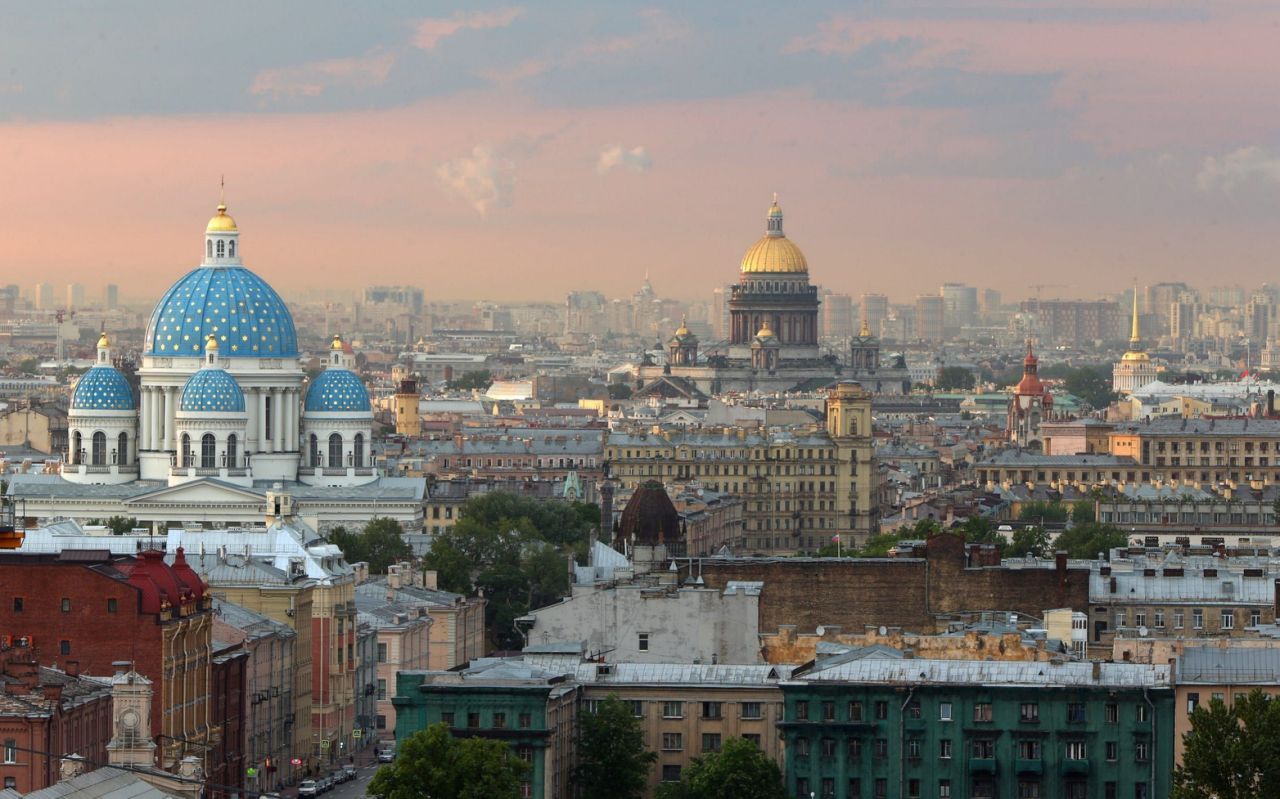 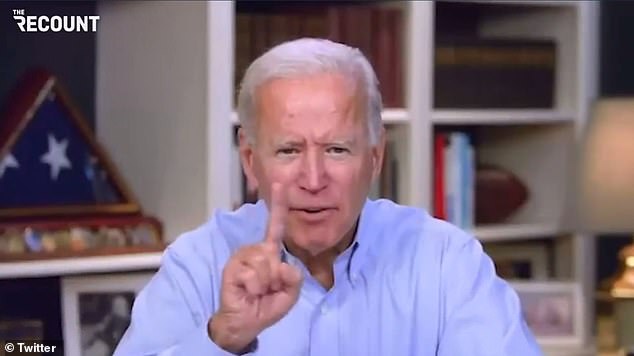 Joe Biden has described his rival for the presidency in November’s election as the first racist president of the United States. Biden […]