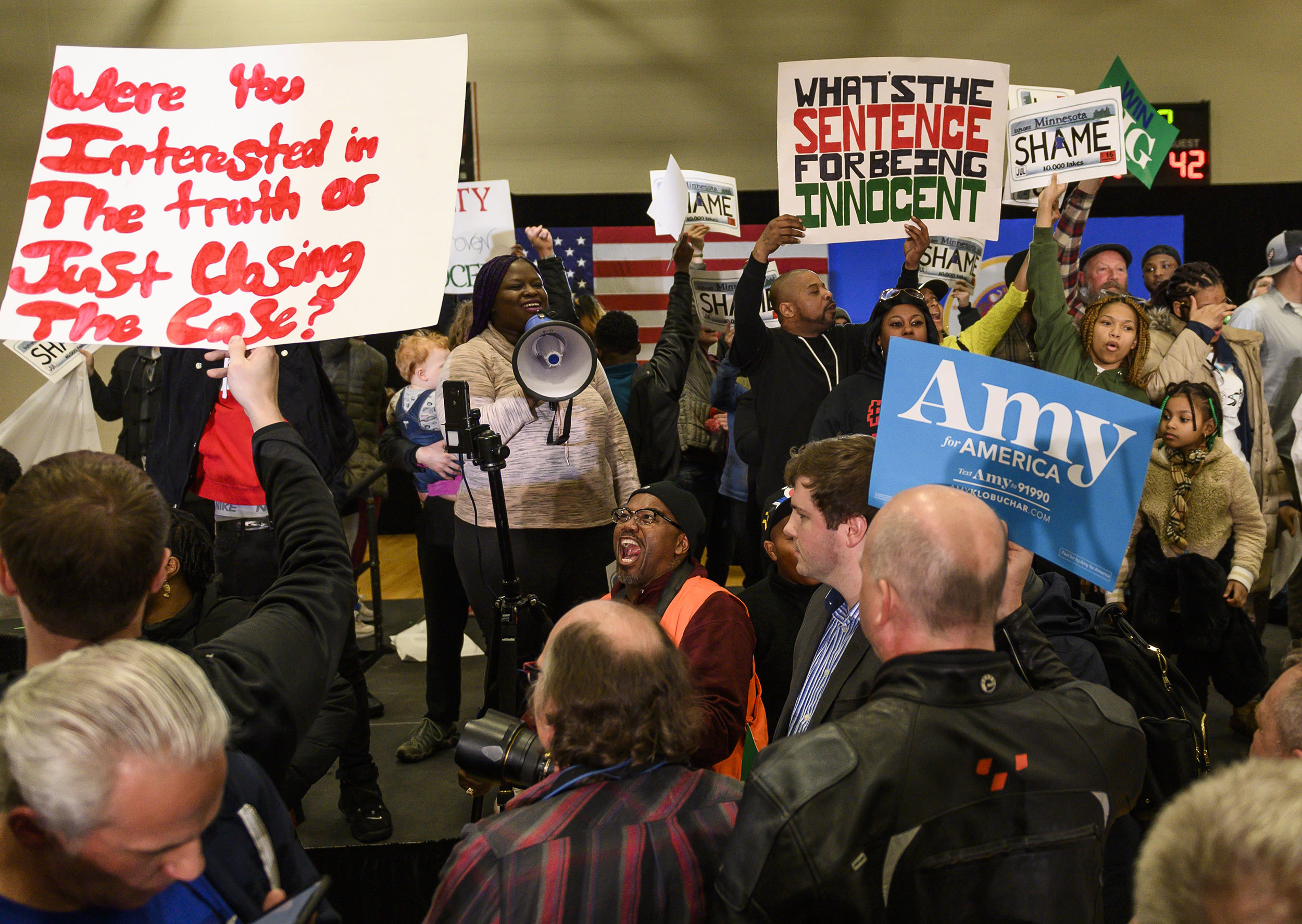 Minnesota Sen. Amy Klobuchar was forced to cancel a campaign rally in her home state on Sunday after protesters took to the stage and shouted against her over the case of a black teenager sent to prison when she was a county prosecutor.

Around 50 protesters held large banners and signs demanding she drop out of the presidential race, and chanted, “hey hey, ho ho Klobuchar has got to go,” “Black Lives Matter” and “free Myon,” in reference to Myon Burrell, who was sent to prison for life for the shooting of an 11-year-old girl in 2002.

Last month, the Associated Press released an investigation into his case that detailed flaws in the evidence and conflicting accounts of the shooter. Burrell, now 33, was 16 when he was arrested. Klobuchar was the Hennepin County attorney at the time.

Protesters from a number of groups including Burrell’s family and Black Lives Matter Minnesota first gathered around 7 p.m. (8 p.m. ET) at the site of the rally in St. Louis Park, a suburb west of Minneapolis. After entering into a chanting battle with Klobuchar’s supporters at the rally, they took to the stage 30 minutes later. At around 8:40 p.m., an announcement came on over the loudspeaker saying the event was cancelled.

“We had a negotiation and had an agreement with the organizers of the protest to meet with the senator on site. She was in the room ready to meet with them and then they changed the terms and decided that they didn’t want to meet with her,” Justin Buoen, Klobuchar’s campaign manager, said in a press conference after the event was cancelled.

“I really wish that we would have been able to one, do the meeting, and listen to the protesters, but also have the event,” he added.

Klobuchar has said if there is new information in the case it should be considered — a response that some activists have said doesn’t go far enough.

The rally came just days before Minnesota’s Democratic primary on Tuesday. In South Carolina, Klobuchar came in sixth, winning just 3.2 percent of the vote. Despite the poor showing, she has said that she would compete in Super Tuesday, when 14 states will vote. 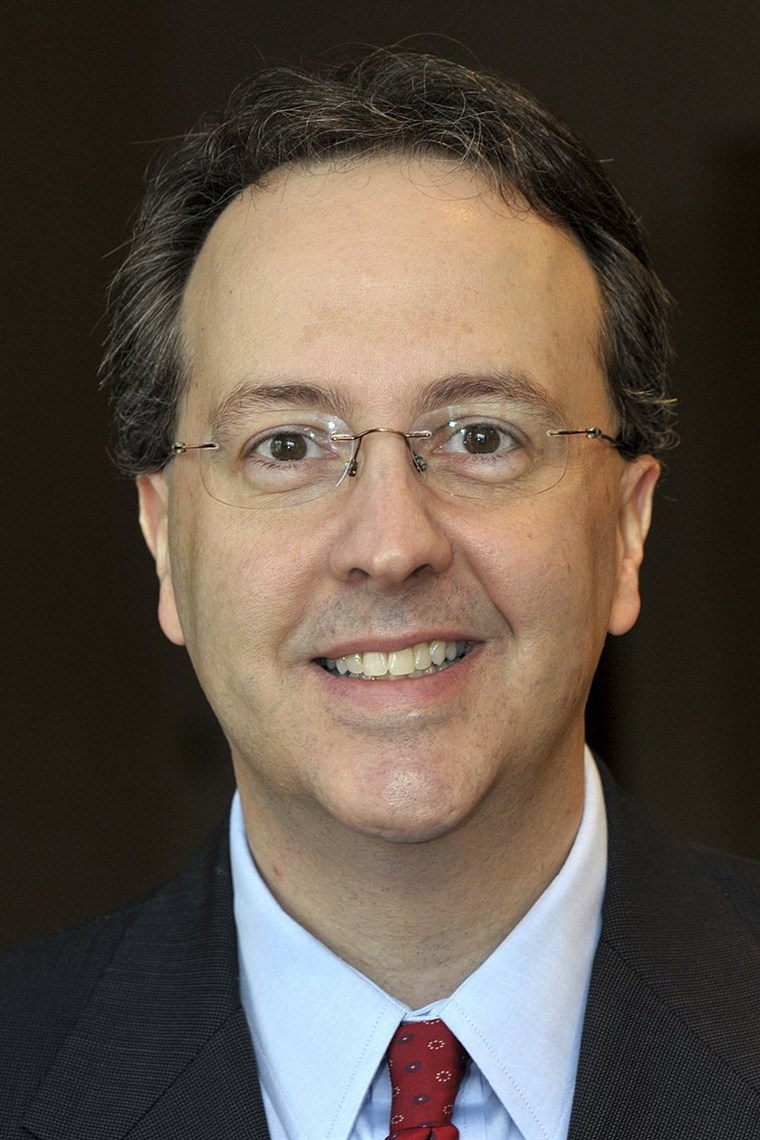 There is a convention that U.S. Supreme Court history is described not in “eras” or “ages,” or even decades, but by chief […]

North Korea is on relatively friendly terms with India, with both states maintaining embassies in their respective capital cities.  While India is […] 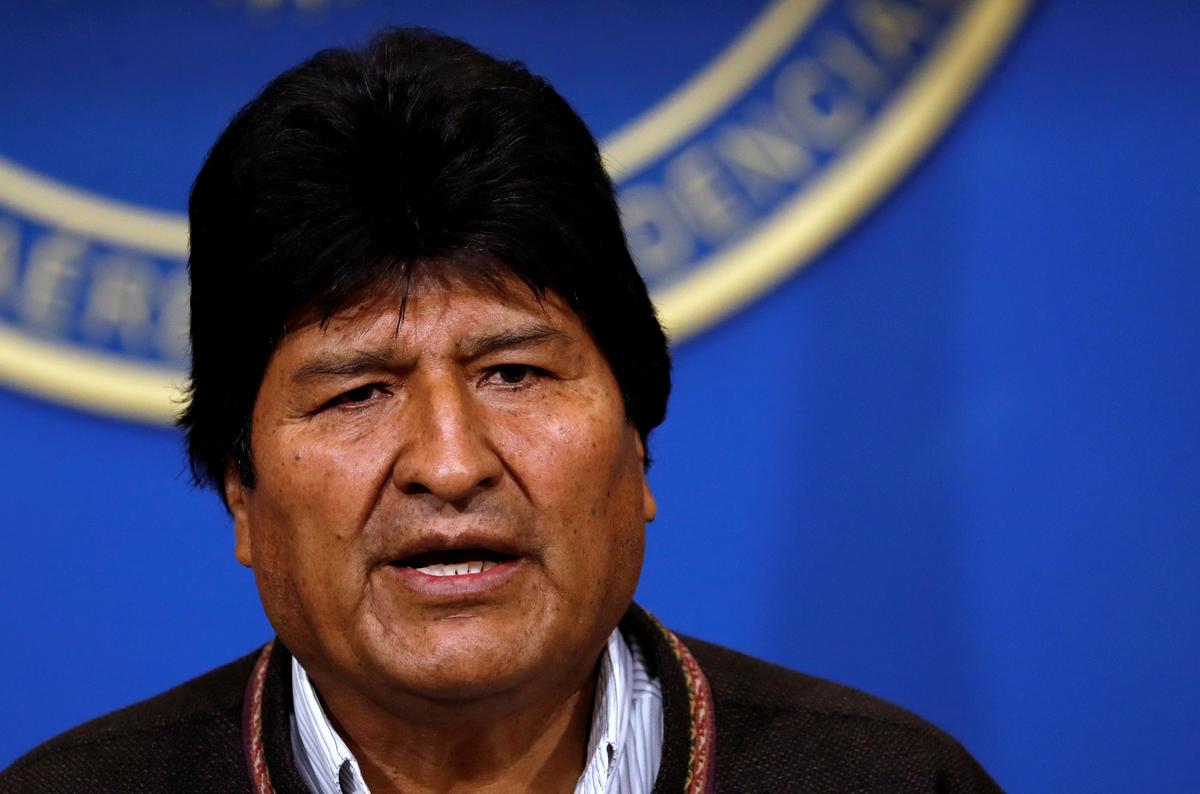