NEW YORK (Reuters) – Former movie producer Harvey Weinstein was convicted of sexual assault and rape in a New York court on Monday and taken away in handcuffs, a turning point for the #MeToo movement that inspired women to publicly accuse powerful men of misconduct.

Once one of Hollywood’s most influential producers, Weinstein, 67, was found guilty of sexually assaulting former production assistant Mimi Haleyi in 2006 and raping Jessica Mann, a onetime aspiring actress, in 2013.

The jury of seven men and five women acquitted Weinstein on the most serious charges. Those carried a potential life sentence.

Justice James Burke ordered Weinstein to be held in custody. Officers helped Weinstein unsteadily to his feet before leading him away in handcuffs.

Actress Rose McGowan, who had accused Weinstein of rape, wrote on Twitter: “Today is a powerful day & a huge step forward in our collective healing.”

He faces up to 25 years in prison on the sexual assault conviction. He was also convicted of third degree rape – sexual intercourse without consent – which carries a prison sentence of up to four years.

His sentencing hearing was set for March 11.

Weinstein’s lawyer Arthur Aidala quoted Weinstein as saying to him after the verdict, “I’m innocent. I’m innocent. How can this happen in America?”

Weinstein was being taken to a medical facility at Rikers Island jail, Aidala said outside the courtroom. “We will have a very professional appeal done by the best and the brightest in the business,” he said.

A long legal battle in the appeals courts is likely to ensue. At the start of the trial, defense lawyers accused the judge of bias, the prosecutors of withholding evidence, and the media of turning the trial into a circus.

Weinstein still faces sexual assault charges in California, which were announced just hours after his New York trial began on Jan. 6. Dozens of women have also filed civil lawsuits against him.

“We will change the laws in the future so that rape victims are heard and not discredited and so that it’s easier for people to report their rapes,” actress Rosanna Arquette, who has said she resisted unwanted sexual advances by Weinstein, wrote on Twitter.

More than 80 women, including famous actresses, had accused him of sexual misconduct stretching back decades. He had denied the accusations and said any sexual encounters were consensual.

Manhattan District Attorney Cyrus Vance said at a news conference: “It’s a new day because Weinstein has finally been held accountable.” He praised the jurors. “Your verdict turned a page in our criminal justice system.

“To the survivors: I owe and we owe an immense debt of courage to you,” Vance said.

A conviction on predatory sexual assault would have required the jury to find that Weinstein also sexually assaulted actress Annabella Sciorra in 1993 or 1994.

Sciorra, best known from the television show “The Sopranos,” testified that Weinstein forced his way into her home one winter night, raped her and forced oral sex on her. By law the accusation is too old to be charged as a separate crime.

Weinstein made his mark with critically acclaimed films such as “The English Patient” and “Shakespeare in Love.”

Film producer Harvey Weinstein is handcuffed after his guilty verdict in his sexual assault trial in the Manhattan borough of New York City, New York, U.S., February 24, 2020 in this courtroom sketch. REUTERS/Jane Rosenberg

“The jury worked with an incredibly narrow and unjust set of laws governing sexual assault, and though he was not convicted on all counts, Harvey Weinstein will have to answer for his crimes,” according to a statement released on behalf of the #MeToo movement.

Asked by reporters outside court how the jury service experience was for him personally, jury foreman Bernard Cody said: “Devastating,” but declined to elaborate.

During his trial, Weinstein often appeared feeble, entering the courthouse using a walker. He sometimes leaned on lead defense lawyer Donna Rotunno for support. Critics had accused Weinstein of playing up medical problems to win sympathy. Weinstein said he had back injuries.

Prosecutors portrayed Weinstein as a serial predator who had manipulated women with promises to open doors in Hollywood, coaxing them to hotel rooms or private apartments and then overpowering and violently attacking them.

During the trial, the prosecution methodically elicited graphic testimony from several accusers, including Haleyi, who said Weinstein invited her to his SoHo home after she had worked on one of his television productions.

After she arrived, Weinstein backed her into a bedroom, held her down on the bed and forced himself on her orally, yanking out her tampon, Haleyi told jurors.

Mann said that soon after meeting Weinstein she entered into an “extremely degrading” relationship with him that never included intercourse until, she alleged, he raped her in 2013.

She described Weinstein as a “Jekyll and Hyde” character: He was charming in public but often showed terrifying anger when they were alone, Mann said.

Legal experts said three women who testified for the prosecution to recount sexual abuse by Weinstein provided powerful evidence that was difficult for the defense to overcome.

Throughout the case, the defense said regret drove the accusers to take consensual incidents and reframe them as crimes.

Weinstein’s lawyers zeroed in on friendly messages and ongoing contact between the women and Weinstein.

During cross-examination of Haleyi, for example, the defense showed her a message she sent Weinstein signed “lots of love” after her alleged attack.

Defense lawyers repeatedly suggested that Mann willingly had sex with Weinstein to advance her career.

Weinstein never testified in his defense.

Prosecutors pushed back against defense assertions that his accusers were not credible and the notion that they were responsible for the alleged attacks. 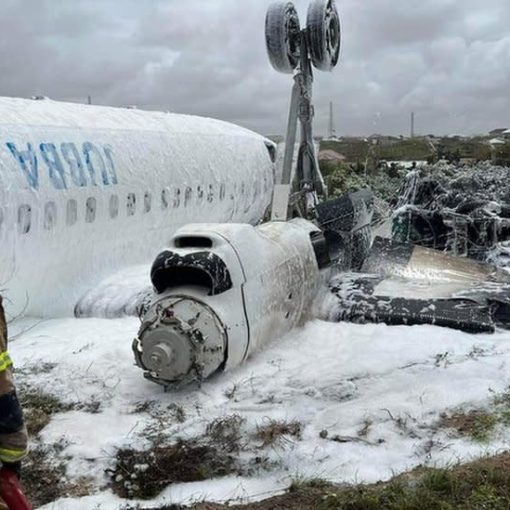 Thousands of international troops are withdrawing from Mali amid surging violence, growing Russian influence and an acute humanitarian crisis. On Wednesday Germany […] 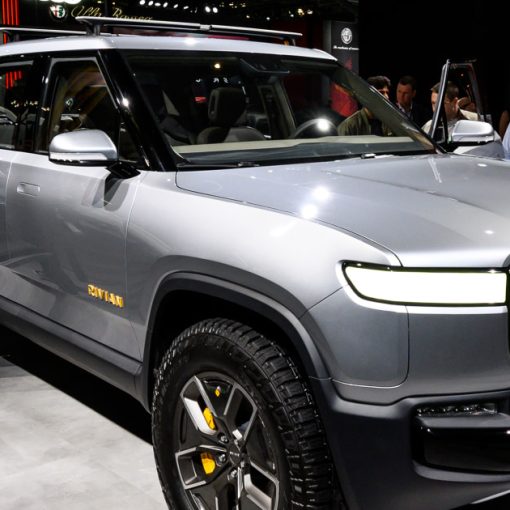 IRVINE, Calif. — Electric truck and SUV maker Rivian Automotive said Friday it is recalling almost all the vehicles it has delivered […] The incident happened at 9.05am local time (6.30pm GMT) when the aircraft was forced into its emergency stop system. There are no […]