(Bloomberg Opinion) — When writing about the Texas Railroad Commission, it is customary to note that, despite its name, it regulates the state’s oil and gas industry. Having read the report it just published on flaring, perhaps we can drop that disclaimer.

Flaring and venting — whereby unwanted gas from oil wells is burned off or just released into the air — are old practices that are now in focus for two reasons. First, the shale boom has led to a lot more of both, as fracking of wells outpaced construction of new pipelines and processing facilities. Texas’ flared and vented gas has risen from about 100 million cubic feet per day a decade ago to an estimated 650 million a day in 2018, according to figures cited by the commission. Estimates from Rystad Energy and Bernstein Research suggest flaring and venting in the Permian basin alone topped 800 million cubic feet per day last year — far more than Texas’ entire residential consumption of the fuel(1).

Second, it is now abundantly clear that carbon emissions from the burning of fossil fuels cause climate change. Burning 650 million cubic feet per day of gas releases about 13 million tonnes of carbon dioxide in a year, equivalent to the entire emissions of New Hampshire (venting gas is even worse on a shorter time scale)(3).

The commission has taken some flack for handing out flaring permits with abandon. It issued nearly 5,500 in fiscal 2018, versus about 300 in 2010, according to the Energy Information Administration. Most notably, the commission granted one to a producer last year even though its wells were connected to existing pipelines. While one commissioner, unusually, voted against the decision, commissioner Ryan Sitton argued the pipeline contract was uneconomic, making it unreasonable to withhold a permit.

Sitton authored the analysis just published. The broad thrust is that, while flaring has undoubtedly jumped in Texas, the state’s flaring intensity — flared gas per barrel — compares well with other producers. Moreover, tinkering with regulations could limit oil output in Texas, raising energy costs for Americans and letting producers with higher flaring intensity take market share.

Flaring intensity is an interesting number for benchmarking purposes but less useful for mitigating-climate-change purposes. If a company (or state) cuts its intensity by roughly 10% but quadruples its production, then the amount of gas it flares still rises by more than 3.5 times. That is what happened with Texas in the decade ending 2018, using the commission’s own data(4).

Yes, it’s good the state’s flaring intensity is lower than in some other places (including, the report notes, North Dakota; I see what you did there, Texas). However, “those other kids done worse” stopped being a useful get-out for me roughly around the time I could formulate the sentence.

Notably, the report singles out higher flaring intensity in Iran and Iraq. “We’re doing better than that country we’ve sanctioned for four decades and that other country we invaded (and which now barely functions as a country)” seems a curious line of reasoning. While such thinking lets pretty much any regulator simply throw their hands up, why would Texas take its lead from such places? Even the commission’s argument that more-intensive countries would replace lost Texan barrels is questionable in the near term: Saudi Arabia, which ranks lower on intensity, holds the vast majority of spare production capacity.

Above all, when it comes to greenhouse gases and their impact on the atmosphere and our climate, this is one of those times when absolute quantity counts. Nature ultimately isn’t interested in how efficiently you polluted.

Now, of course, omelettes-and-broken-eggs theory dictates you can’t produce oil without some gas escaping into the wider world. And since we remain dependent on fossil fuels for most of our energy, some flaring goes with the territory. The shale boom has played a big part in choking off coal use in the U.S., generating a big benefit in terms of reducing carbon emissions.

That doesn’t mean you can just shrug off flaring’s impact, which is the tone of this report. Early on, it dismisses those using “raw volumes” when discussing flaring without acknowledging that raw volume is what counts when it comes to climate change (a phrase not found in the document). The author laments that public discussion has centered on “philosophical/political beliefs” rather than data — which, apart from being inaccurate, is roughly equivalent to telling everyone to stop getting so emotional. The report frames the question as “if/how to attempt to reduce flaring” and then suggests even incorporating its own favored benchmark into the regulatory process would first require “careful consideration.” You’d find stronger commitment on Tinder.

The commission’s own analysis shows flaring intensity began rising again after 2016, jumping at least 25% by 2018. Moreover, of the top 151 operators, fully 105 of them, representing 39% of the sample’s oil production, are flaring above the commission’s own benchmark. Quite clearly, Austin, like Houston, has a problem.

The commission may think it’s shielding a critical sector, but it really isn’t. For an industry that regularly touts its ability to drill miles underground with laser-like precision, saying it also has a tough time just holding onto and selling more of the stuff it’s supposed to sell is not a good look. Yes, extra measures to address flaring require investment that may raise costs and, thereby, shut in some production. But the cost of flaring, in terms of contributing to climate change, is being borne by everyone anyway. To say addressing the issue will somehow result in “new” costs is a logical and economic fallacy that mostly serves vested interests (not to mention philosophical/political beliefs).

Moreover, there is a parallel here with the financial performance of the frackers over the past decade. The sector’s all-out push for production growth has ultimately inflicted collateral damage on the investors who financed it, exposing the model’s shortcomings. That’s why Permian darlings such as Diamondback Energy Inc. are touting higher dividends as they report results this week.

Like the earlier enthusiasm of the high-yield bond market, handing out flaring permits by the fistful fosters behavior that is ultimately unsustainable, both in terms of economics and the industry’s relationship with society at large. Even the biggest oil companies can feel where this is going. The regulators just aren’t keeping up.

(2) Methane’s global warming potential is upward of 28 times that of carbon dioxide over the first 100 years, according to estimates from the Environmental Protection Agency.

(3) The data are a bit confusing because the Texas Railroad Commission’s analysis uses several data sources. It compiles its ownhistorical data but these only run to 2017 in the study, before a big uptick in both oil production and flaring. The data for 2018 used in its benchmarking analysis are sourced from the World Bank and indicate flaring of 410 million cubic feet per day, or roughly a third lower than the figure for flaring and venting estimated for that year by the Energy Information Administration and cited elsewhere in the document.

To contact the author of this story: Liam Denning at [email protected]

To contact the editor responsible for this story: Mark Gongloff at [email protected]

This column does not necessarily reflect the opinion of Bloomberg LP and its owners.

Liam Denning is a Bloomberg Opinion columnist covering energy, mining and commodities. He previously was editor of the Wall Street Journal’s Heard on the Street column and wrote for the Financial Times’ Lex column. He was also an investment banker. 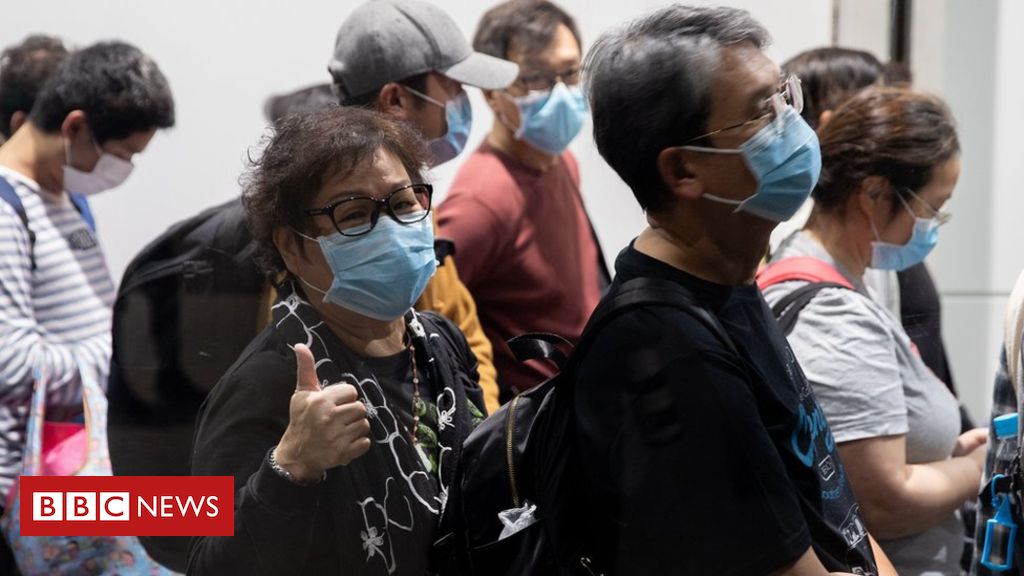 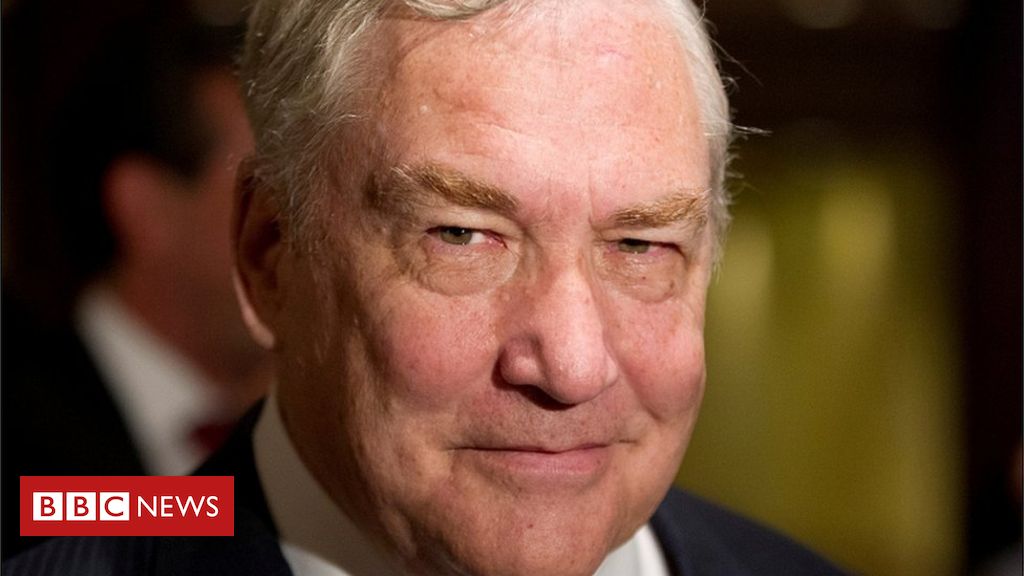 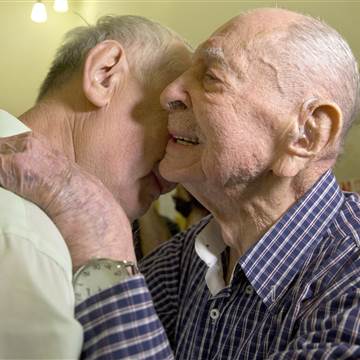 KFAR SABA, Israel — Eliahu Pietruszka shuffled his 102-year-old body through the lobby of his retirement home toward a stranger he had […] 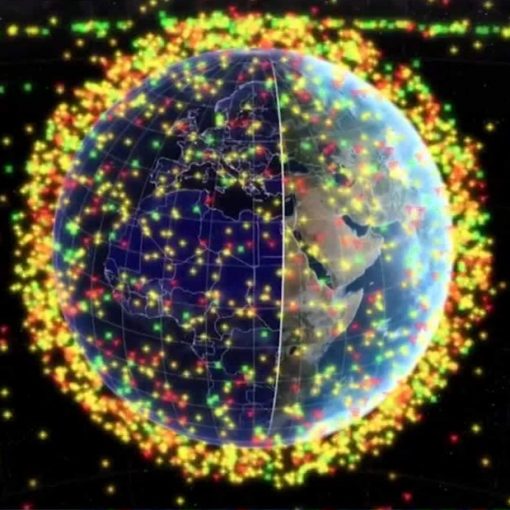 The Soviet satellite Sputnik 1, which launched on October 4, 1957, was the first human-made object in space. It kick-started the space […]