BEAVERTON, Ore. — After his dog Bleu sustained a leg injury over the summer, Andres Figueroa brought the 7-month-old dachshund in for a checkup at a sleek suburban clinic outside of Portland, Oregon, that was decorated with cutouts of cheerful pets.

But in the exam room, the veterinarian said, Bleu tried to nip at him. He snatched the dog by the mouth and torso with such jarring force that Bleu defecated on the table, Figueroa said, and then lifted him into the air by the snout until he began to lose consciousness.

Distraught, Figueroa recovered his dog and left. Back in the car, Bleu curled on his lap in a daze, his breathing labored. By the next day, the dog’s lungs were filled with fluid and he had to be put down.

“I was in shock,” Figueroa said. “I knew I had to call the police.”

After going to the authorities about the veterinarian, Dr. Daniel Koller, Figueroa discovered that the practitioner had decades of complaints filed against him in two states by regulators, customers and employees.

Across the country, there is less accountability for veterinarians than there is for practitioners who treat people. While courts award multimillion-dollar judgments for negligence in hospitals, states treat companion animals as a form of property, and owners have little opportunity to sue for damages beyond the cost of a replacement.

Unlike the extensive national records kept on doctors and nurses, there is no comparable data repository to track problematic veterinarians, and state review boards rarely put sanctioned practitioners out of business.

Practicing in both California and Oregon off and on for the past 30 years, Koller first faced a criminal charge of animal cruelty three years after he got his license in 1974; regulators in California said he was seen kicking and beating a German shepherd that employees later found dead. He had his license revoked for that and other abuse allegations in 1979, restored in 1984 and suspended again in 2001.

In the 1980s, he built a network of budget veterinary clinics in Oregon but also faced a new round of complaints. Oregon officials suspended his license in 2008 and revoked it in 2010, but he returned to practice five years later.

In interviews with The New York Times, eight customers detailed a series of concerning encounters at Koller’s clinics in the four years since his license was most recently restored.

One said Koller snatched her whimpering dog by the scruff of the neck with such force that the dog wet the table. Another said the doctor choked her frightened puppy. Some had concerns after their pets that went in for surgery ended up dying.

Koller declined an interview request, telling a reporter: “I don’t talk to anyone. Goodbye.”

In a 2015 memo to Oregon officials, he said he maintained high standards for care and cited support from numerous veterinarians, who said he was an excellent practitioner and a caring person who advocated for low-income people.

“I am not a danger to my patients,” Koller wrote.

While there is no nationwide database for the public to track veterinary discipline, state records show the rarity of serious enforcement actions. In Oregon in recent years, about 6% of complaints handled by the veterinary board resulted in the finding of a violation.

In states that make enforcement reports readily available, including Arizona, Nevada, New Jersey, New York and Pennsylvania, records show cases in which veterinary personnel who had racked up five board actions or more were able to continue practicing.

Lori Makinen, the executive director of the Oregon Veterinary Medical Examining Board, said enforcement in human medicine and veterinary medicine cannot be compared because society does not place as much value on an animal’s life. Under the law, she said, animals are considered property.

But Linda Rosenthal, a member of the New York state Assembly who has worked on animal issues for years, said states should acknowledge the changing relationships that people have with their pets. Rosenthal said she had been exploring a plan to establish pets as a special category under tort law, somewhere between people and property, but expected strong resistance.

Dr. Jeff Young, a Colorado-based veterinarian who has a show on Animal Planet, helped develop a model law a few years ago that would expand potential veterinary damages to $10,000 for pets.

But industry advocates quickly moved to quash it, arguing that it would make the cost of veterinary care prohibitively expensive, Young said, in part because of insurance rates. Meanwhile, he noted, clinics were offering operations that cost thousands of dollars to keep pets alive.

“It seemed like total hypocrisy to me,” he said.

Much of the case against Koller prepared by California regulators in the 1970s concerned his treatment of the German shepherd at a pet hospital outside Monterey.

An administrative law judge wrote that a woman had brought in the stray animal for treatment of a leg injury. The judge found that on two occasions in July 1975, Koller hung the dog off the ground, beating it with his hand and foot until it lost consciousness. The dog lost three teeth.

Employees later found the dog in the freezer used to store dead animals, according to the veterinary board documents.

A jury convicted Koller of animal cruelty in that case, and he was sentenced to 100 days in jail.

The veterinary board in California was looking at a range of other concerns. In October 1974, regulators said, Koller pounded the head of a Lhasa apso dog named Tammy “until both eyes were hemorrhaged,” according to documents. In 1975, officials found evidence that he beat a dog named Coco for several minutes when the dog would not stop barking; bit and pounded a dog being prepared for surgery; used a slip lead to suspend a dachshund by the neck for at least 30 seconds; and violently slammed a cat on the sides and floor of its cage.

In 1979, the board revoked his license. Five years later, it reinstated it.

Koller expanded his work to Oregon in the 1980s and franchised a series of Companion Pet Clinics, offering lower-cost services than competitors.

Gretchen Kaehler, who briefly worked with him during that period, said the focus on a high-volume, low-cost model called for cost-saving measures like reusing needles — with sterilization — to the point that they would be difficult to insert into the animal.

Kaehler said she never saw Koller abuse animals, noting that he had a dog of his own, and that she recalled him being friendly and smart. But he was so focused on the business, Kaehler said, that he fired her for spending too much time comforting the animals.

“He wasn’t going to spend a lot of time petting them,” Kaehler said. “He didn’t have that nurturing side. It was very much just business.”

Koller, who had apparently been studying the law when he was barred from veterinary practice, began aggressively defending himself against critics in court.

After a customer complained in 1987 that Koller had hurt her cat’s leg by handling it roughly, Koller filed a defamation lawsuit against the customer and several others who had criticized him. Court records indicate that the case was settled.

“I’m a litigator,” Koller once said, according to a 2004 article in The Oregonian. “I like the courtroom battle.”

By the early 2000s, Koller was facing another legal problem. In 2001, his daughter called 911 to their home in California, where paramedics found Koller’s wife unconscious and him semiconscious with a fresh puncture wound in his arm, according to regulatory records. He later admitted to using Telazol, a veterinary anesthetic.

California officials suspended his license but later held off on full revocation by imposing a four-year probationary period in 2004.

In Oregon, regulators scrutinized Koller after he pleaded no contest in 2007 in a driving-under-the-influence case in which he tested positive for morphine. They also looked at reports that staff members had seen him practicing medicine while impaired — once reportedly falling asleep during surgery.

At the time, he was also battling one of his former employees, Maureena Schmaing. A receptionist at his clinic in the early 2000s, Schmaing said she watched Koller throw a cat onto the ground and step on its head to inject it with a sedative. In another case, she said, she saw him beat a husky.

Schmaing said that after witnessing such conduct one day, she was in tears and began compiling a dossier on her boss with the help of Tessa Sage, a former veterinary technician at another clinic who had talked with some of Koller’s clients.

In 2004, the women filed a 79-page complaint to the Oregon veterinary board, detailing what they described as abusive treatment of animals, a lack of supervision of an intern and mistakes that led to pets dying.

“I thought for sure it was going to have an impact,” Schmaing said. “All I wanted was for him to be stopped.”

Koller disputed Schmaing’s complaint, citing contrary testimony offered by other employees and noting that Schmaing had repeatedly brought her own pet in for care. The board in the end said it was unable to substantiate the abuse allegations. Two years later, in 2008, it suspended Koller’s license, in part citing his history of illegal drug use, and then revoked it in 2010.

Koller continued to manage veterinary facilities, though he did not act as a veterinarian, and in 2015, he was able to get his license reinstated.

“I understand the gravity of what has transpired,” he wrote to Oregon officials, “and I believe that I have met the requirements to reinstate my license to responsibly practice the profession that I so love.”

His problems continued. In 2018, the board fined him $1,500 for trying to spay a male cat. Customers continued to come forward with complaints about rough handling of their pets and unexpected deaths during surgery.

Figueroa said he was shocked at Koller’s treatment of his dachshund during his visit in September.

“I started yelling and saying something like, ‘Why he did that?’ And he just told me to leave,” Figueroa said.

Figueroa went outside and called his parents, who drove to the clinic to confront Koller.

Koller blamed Figueroa for not warning him that his dog bites, and then turned to Figueroa’s father, who was clearly angry. “Do you want to go outside or do it here?” Koller said before starting to walk around the counter. Others intervened to deescalate the situation.

Bleu was euthanized the next day on the advice of another veterinarian.

In November, the district attorney in Washington County filed criminal charges of animal abuse stemming from Figueroa’s case. Koller has pleaded not guilty and remains in good standing with the veterinary board.

Since the case was publicized, Figueroa and his family have become acquainted with other former clients of Koller. They often gather outside the clinic in Beaverton, Oregon, with protest signs; “No Excuse for Animal Abuse,” read one during a recent demonstration.

They urge people to think twice before taking their pet inside. 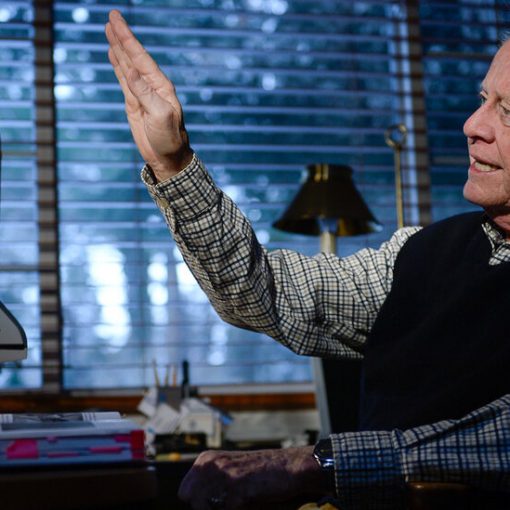 At that point Mr. McDonald, sitting in the back of the room, stood up. His hands shaking, he told the panel that […] 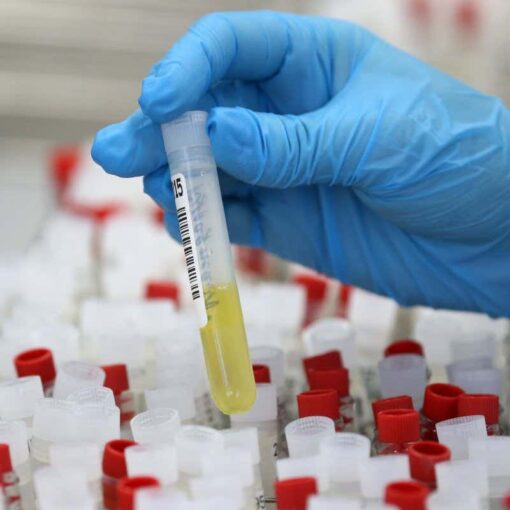 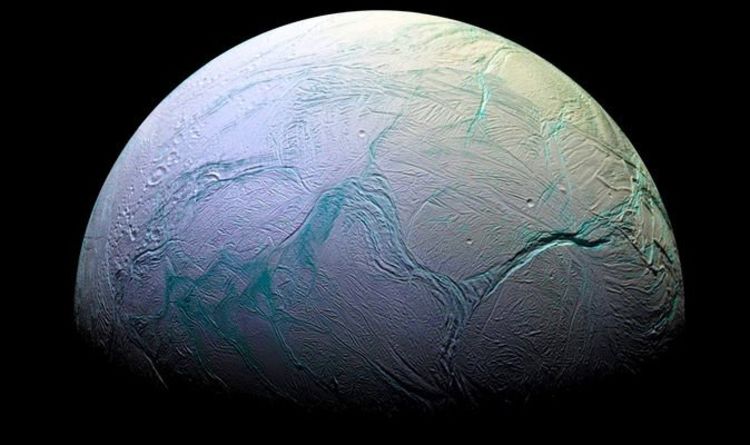 The space agency said it has found “new kinds of organic compounds” in the hydrothermal plumes bursting out of Enceladus’ core. NASA […] 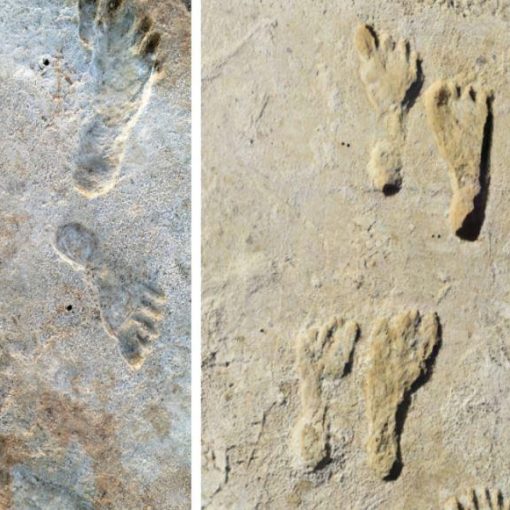 Scientists have uncovered new evidence showing that humans in the Americas may have existed several thousands of years earlier than once thought, […]