The U.S. government isn’t prosecuting Charles Lieber because he’s a world-renowned inorganic chemist at Harvard University, says the U.S. attorney who last week drew headlines by charging Lieber with making false statements about his ties to Chinese research institutions. Nor does the Department of Justice (DOJ) think for 1 minute that Lieber is a spy.

What worries Andrew Lelling, U.S. attorney for the Massachusetts district, is that Lieber was allegedly paid to carry out research in China, which, combined with his failure to disclose those relationships, makes him potentially vulnerable to pressure from the Chinese government to do its bidding at some future point. “It was the amount of money involved that drew our attention,” Lelling says, referring to a 2012 contract included in court documents that indicates Lieber received $50,000 a month in salary and millions of dollars in research support. “That is a corrupting level of money.”

Federal investigators were also alarmed, Lelling says, by how Lieber “brazenly” hid that relationship from Harvard and from the federal agencies that for decades have been funding his research on inorganic nanowires. “When people begin to hide things, that’s when law enforcement authorities get all excited.”

On 31 January, Lelling spoke with ScienceInsider about the nationwide DOJ effort, dubbed the China Initiative, that resulted in the charges against Lieber. Lelling is one of five U.S. attorneys leading the initiative, which began in November 2018 under then–Attorney General Jeff Sessions. The effort, which aims to blunt China’s effort to improperly acquire cutting edge technology, has focused on what DOJ calls “nontraditional collaborators,” and Lelling says the vast majority of cases that prosecutors are examining involve scientists working in the high-tech industry or academia.

“A little bit of fear”

Lieber is the highest profile scientist arrested so far. On 28 January, DOJ announced he is one of three people from Boston facing charges related to China. The other two—a junior cancer researcher at Beth Israel Deaconess Medical Center and a former undergraduate student at Boston University (BU)—are both Chinese nationals.

Born and trained in the United States, Lieber is a member of both the U.S. national academies of sciences and medicine. At Harvard since 1991, he has pioneered work on the chemical synthesis of nanowires and their incorporation into devices ranging from transistors to light emitters and sensors. Most recently, his lab developed soft, flexible nanowire nets that could be injected into the brains or retina of animals to unfurl and wrap around neurons, and then eavesdrop on the electrical communication between cells. In 2011, he began a collaboration with Wuhan University of Technology (WUT) in China that is at the center of his alleged violations. (WUT did not respond to requests for comment on its relationship with Lieber.)

Lieber was released on 30 January after posting a $1 million bond and agreeing to remain in Massachusetts. He has been suspended with pay from Harvard, which last week called the charges “extremely serious” and said it is “cooperating with federal authorities.” His lawyer, Peter Levitt, declined to comment on the charges.

Lelling says Lieber’s prominence was not a “deciding factor” in DOJ’s decision to file criminal charges. “This wasn’t about looking for a bigger scalp,” Lelling insists. But, “The fact that Lieber is a prominent academic helps us to get out our message … that transparency works,” he adds.

Lelling says the DOJ team works closely with the National Institutes of Health (NIH), which has been much more aggressive than other federal research agencies in pursuing apparent violations of federal policy requiring disclosure of foreign research support. Over the past 18 months, NIH has asked more than 60 grantee institutions to investigate what it has flagged as questionable behavior by some 200 faculty members, notably participation in China’s Thousand Talents Program. Lieber signed up for Thousand Talents in 2012, according to court documents. Although both NIH and the universities have generally stayed quiet about their responses to those letters, at least 15 scientists have resigned or been dismissed at a half-dozen institutions that have spoken publicly about their actions.

“I think those letters have had an in terrorem effect,” Lelling says, using a legal term for how the threat of prosecution can scare people into following the law. “And that’s good, because you want a little bit of fear out there to sensitize people to the magnitude of the problem.”

“All across the spectrum”

DOJ weighs several factors in deciding which cases to bring forward, according to Lelling. “Is there deception?” he asks. “How much money was involved? What kind of technology was transferred?” And what other steps did a researcher take to develop the relationship?”

Lelling says he understands the research community’s confusion over exactly what types of behavior could result in criminal charges and what scientists should do to avoid that fate. “I agree that the responses of universities to this kind of behavior have been all across the spectrum,” Lelling told ScienceInsider. “And obviously, we don’t control what the universities do.”

The challenge for DOJ, he says, is to attack the problem vigorously without being heavy-handed. “There may be situations in which a professor has done something that doesn’t quite reach the level of charging them with a federal felony,” Lelling says. “So maybe the federal authorities say to the university, ‘You should deal with that.’ And the university says, ‘OK, OK, we’ll do it.’”

The China Initiative’s working group meets regularly to “come up with consistent messaging,” Lelling says. And that includes prodding the department’s 89 field offices “to be aggressive, because we want them to prioritize these cases.” At the same time, Lelling says, he and his colleagues are aware that their work must be consistent with other policies of the Trump administration.

“As we’re doing these cases, the White House may be negotiating a trade deal with China,” he notes. “So, while we’re all in our own little silos, we have to remember that we’re not the only thing going on.”

Lelling rejects criticism that the department has unfairly targeted ethnic Chinese people and other Asian Americans. “Dr. Lieber is probably the most prominent academic charged in this kind of case so far,” Lelling says, “and he is not a Chinese national, nor is he of Chinese descent.” But Lelling says China’s aggressive efforts to become the world leader in many high-tech fields has meant devoting more resources to tracking those of Chinese ancestry.

Lelling recognizes that international collaboration has helped make U.S. science the envy of the world, and thinks that U.S.-trained scientists should be free to live and work anywhere. But those who decide to mingle their federal funding with support from Chinese institutions are playing a dangerous game, he warns, adding that Lieber is a perfect example.

“The Chinese government has a very strategic approach to obtaining technology,” Lelling says. “It targets researchers who specialize in areas where the Chinese are deficient, in the hopes that they can piggyback on their expertise to close that strategic gap.”

“What concerns us … is that a scientist who accepts their support becomes dependent on it to the point where they are willing to accept [an assignment] from the Chinese government or a Chinese university for whatever it is they need. Those of us that work on public corruption cases develop a radar for when person or entity A is attempting to coopt or corrupt person or entity B. And a large enough amount of money can shift loyalties.”

Getting over the hump

Lelling says the two other people charged last week are outliers in the China Initiative’s portfolio.

Ye Yanqing, a 29-year-old former BU student who the U.S. government alleges is a lieutenant in the Chinese military, is charged with lying about her military affiliation on her visa documents. Such cases involving foreign intelligence officers are rare, Lelling says. Zheng Zaosong, a 30-year-old cancer researcher, has been charged with trying to smuggle 21 vials of biological material out of the country and lying about the contents of his suitcase when confronted by federal airport security agents. Ye is believed to be back in China, while Zheng has been detained since 30 December 2019.

Looking ahead, Lelling expects to prosecute more cases of scientists who have failed to disclose their Chinese ties. But he thinks the number of cases will then drop as universities absorb what they have learned from interactions with officials from various federal law enforcement, intelligence, and national security agencies.

“The universities have been extremely responsive,” he says. “They are becoming sensitized to the problem. So, after we get over a little hump here, I think things will rapidly approve.”

With reporting by Dennis Normile and Robert F. Service. 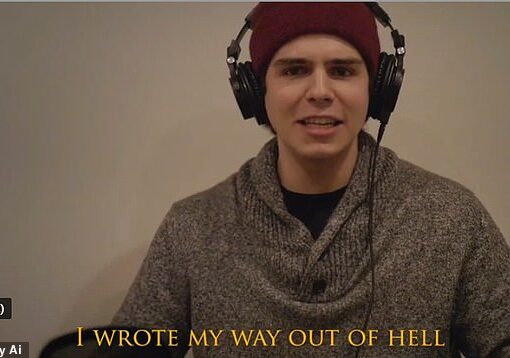 A new song from the hit Broadway show Hamilton has been released, but this ditty was not written Lin-Manuel Miranda – it […] 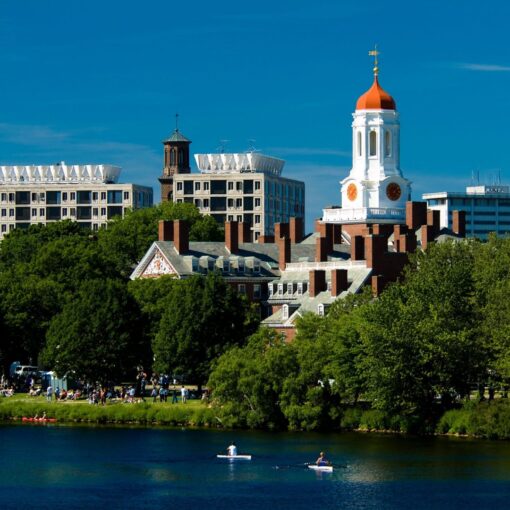 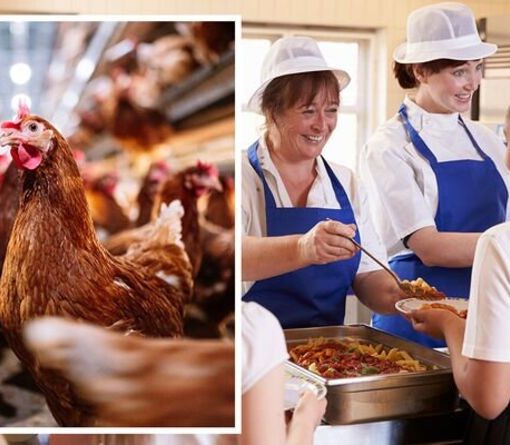 Russia’s invasion of Ukraine has caused swathes of Ukrainian butchers to go back to their homeland to fight off Russian forces, in […] 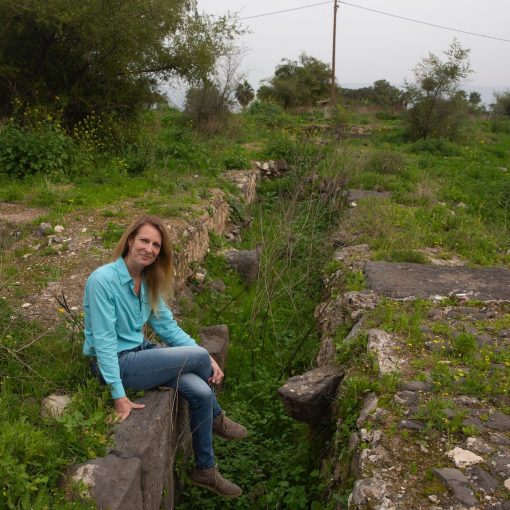 Dr. Katia Cytryn-Silverman, an archaeologist with The Hebrew University of Jerusalem, at the dig site in Tiberias, northern Israel, Wednesday, Jan. 27, […]