One regular season MVP award, two Olympic gold medals, three consecutive championships, four All-Star MVP awards, five championships in total. In the last couple of days we’ve seen these numbers in the papers, heard them on the news bulletins. And others too, 18 consecutive All Star appearances, 20 years with the Lakers, 39,283 career points, 57,278 career minutes, 122 40-point games, 25 50-point games, six 60-point games, one 81-point game. Caught short by the suddenness of his death, journalists used the stats to underpin their first sketches of Kobe Bryant’s life, a shorthand to capture something of the magnitude of his achievements, and make them comprehensible to those of us who don’t follow basketball.

There are plenty of people who know them already, they’re as familiar to them as Don Bradman’s batting averages are to cricket fans or Usain Bolt’s world records are to athletics geeks. And there are people, like me, who are really only just beginning to appreciate them now. There are plenty of experts who can explain his legacy for us. I’m not one myself. Basketball is not my beat. What I’m left is the regret that I didn’t pay more attention. There ought to be a word for the remorse you feel reading the obituaries of someone whose work you suddenly wish you’d followed more closely.

What struck me, reading about his career now, wasn’t how often Bryant succeeded, but how often he failed. That one stat really stood out from the rest. He missed more shots than any other player in history, 14,481 altogether, more than 1,000 up on the man in second place, the Boston Celtics’ John Havlicek. Maybe if you know the sport better than I do it makes more sense that a great player could get it so wrong so often. They asked Bryant how he felt about the record right after he broke it, when he missed a jump shot from 14 feet in the fourth quarter of a loss against the Memphis Grizzlies in 2014. He smiled, and shrugged, and told them: “Well, I’m a shooting guard that’s played for 19 years.”

Maybe all those misses were just a natural consequence of playing so long. Or maybe there’s more to it.

There’s a famous story about a Lakers game against the Utah Jazz in May 1997, Game 5 of the second round of the play-offs. It was Bryant’s rookie season. In the final seconds of regulation time he tried a mid-range jump shot to win the game, but got it so wrong he missed the rim entirely; in overtime, he tried a three-pointer from out on the left, but it fell short too. With 40 seconds left he tried another from the top of the arc, and it fell short again. Then, with four seconds left, and the Jazz leading by three, he did it again, from the left.

When he landed back in Los Angeles he spent the night practising his shooting in the gym at Palisades High School. He was still at it when the sun came up. Years later, when they were writing up his legend, this would become one of the more important beats in the story. The Lakers’ former general manager Jerry West called it his defining moment. Bryant said himself that it shaped him: “It was an early turning point for me in being able to deal with adversity, deal with public scrutiny and self-doubt. I look back at it now with fond memories, but back then it was misery.”

If you follow sport, you know all about that sort of failure. And even if you didn’t know this particular story, you know others just like it. I’ve told plenty of them myself. We spin legends around setbacks and handicaps, obstacles and injuries. “Such stories are grist for the sportswriter’s mill, more than merely common, these stories are almost routine,” wrote David Chambliss in an essay on the nature of excellence. It begins to seem that “perhaps the crucial factor is not natural ability at all, but the willingness to overcome natural or unnatural disabilities of the sort most of us face”.

What seemed startling about Bryant’s relationship with failure, to my eyes, wasn’t that he had another story about how it helped shaped him (good as his one is), but that, afterwards, he carried on confronting it night after night, game after game, shooting and missing, shooting and missing until he had shot and missed more often than any other man to ever play in the league. Somewhere along the way he got so comfortable with the idea of failure that he was willing to encounter it, repeatedly, in every game he played.

Over on the Ringer, Zach Kram put it this way: “That stat might seem like a strange choice to celebrate. But the very opportunity to shoot that often is a marker of dominance; the top 30 players in career misses are all current or future Hall of Famers. So much of Bryant’s on-court legacy was tied into his irrepressible determination to compete, and to score. He shot and he kept shooting.” So that in his last game, when he scored 60 points, he missed his first five shots. Look at it like that, and failure isn’t the alternative to success, or something you risk by attempting it, but a prerequisite of achieving it at all. It’s the embodiment of Wayne Gretzky’s famous riposte: “You miss 100% of the shots you don’t take.”

It might not be your breakfast-table topic of choice, but we need to talk about cricket equipment. During the lockdown summer of […]

TRANSFER NEWS LIVE: All the latest talks, news and done deals as clubs hunt for signings after the window’s re-opening… as Everton […] 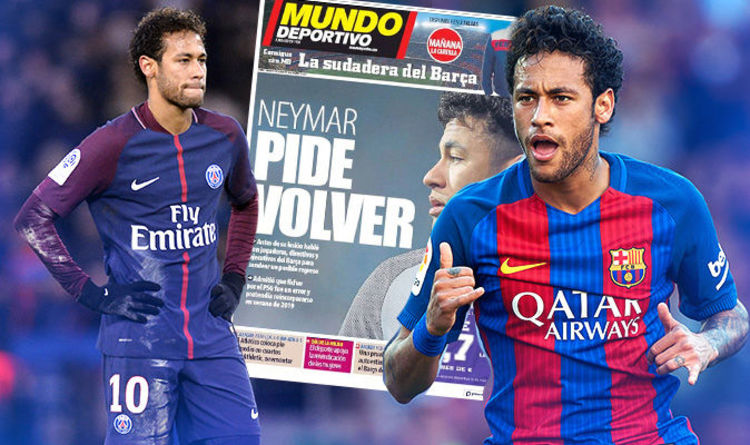 The Brazilian superstar shockingly left the Catalan outfit for a world-record £198m fee in the summer. But it appears Neymar’s life at […]