“They’re trying to catch up with us.”

The Russian leader unveiled the Avangard and five other new-generation weapons in his annual state-of-the-nation address in March 2018, saying it could travel at up to 20 times the speed of sound like a “meteorite” or a “fireball”.

Russia’s first regiment of Avangard missiles was commissioned in the Urals region of Orenberg, Defense Minister Sergei Shoigu said on 27 December, days after President Vladimir Putin boasted that the new weapon could penetrate any defensive shield.

Unlike traditional intercontinental ballistic missiles, which boost their nuclear warheads high into low-Earth orbit and then send them streaking down toward their targets, Avangard uses the ICBM booster to reach an altitude of just 62 miles, or a third of low-Earth orbit.

Once at altitude, Avangard zooms down toward its target at Mach 27, or 20,716 miles per hour.

The 2010 New START treaty (Strategic Arms Reduction Treaty) between the two former cold war enemies is due to expire in February 2021, but treaties designed to limit the power of the US and Russia have a history of being confined to the dustbin.

There was the Intermediate-Range Nuclear Forces Treaty (INF), a reminder of a thawing period between the Soviet Union and the United States from 1987.

JUST IN: The threats we face in a dangerous decade ahead says MARCO GIANNANGELI

It prohibited the fielding of land-based missiles with ranges between 500 and 5,500 kilometres, but both the US and Russia have now confined the document to oblivion.

The last nuclear arms control treaty, the lonely 2010 New START treaty, deals with the number of strategic nuclear missile launchers and is also predicted to be cancelled.

The demise of New START “will have a disastrous impact” on the strategic balance between Russia and the US, said Alexander Golts, an independent defence analyst in Moscow.

“We’ll be going back to the period that led up to the Cuban missile crisis” in 1962, when the Soviet Union and the US came close to nuclear war, he said.

light of the warhead of the Avangard hypersonic boost-glide weapon (Image: GETTY)

Abandoning New START at this juncture would be a major mistake, Democratic Senator Jeff Merkley warned this month.

There’s bipartisan support in the US Congress for extending the agreement, which “has successfully kept the US and Russia out of a modern-day nuclear arms race” he said on Twitter.

While the US alongside China is also developing hypersonic technology, it’s probably “a couple of years” away from producing a weapon of such a calibre, Defence Secretary Mark Esper said in August.

The US have fallen behind in hypersonic weapons technology (Image: GETTY)

The general who oversees US nuclear forces, Air Force General John Hyten, said in February that hypersonic missiles can strike America within 15 minutes, half the time of ballistic weapons.

Nikolai Sokov, a senior fellow at the Vienna Centre for Disarmament and Nonproliferation said: “This is an unprecedented situation in which we see that Russia is technologically ahead of the US and the Pentagon is playing catch-up.

“The US only woke up this year to this technology and has started to throw money at it.”

Russia successfully tested Avangard in December last year, firing it from a military base in the southern Urals 6,000 kilometers (3,700 miles) to the Kamchatka peninsula. After a ballistic launch, the Avangard glides toward its target with a high degree of manoeuvrability.

light of the warhead of the Avangard hypersonic boost-glide weapon (Image: GETTY)

The difference between the hypersonic weapon and a traditional ballistic missile is that it “disappears and we don’t see it until the effect is delivered,” General Hyten said in testimony before the Senate Armed Services Committee.

The real breakthrough will come when Russia implements the same technology in another weapon class, like cruise missiles, according to Mr Sokov, the disarmament expert. 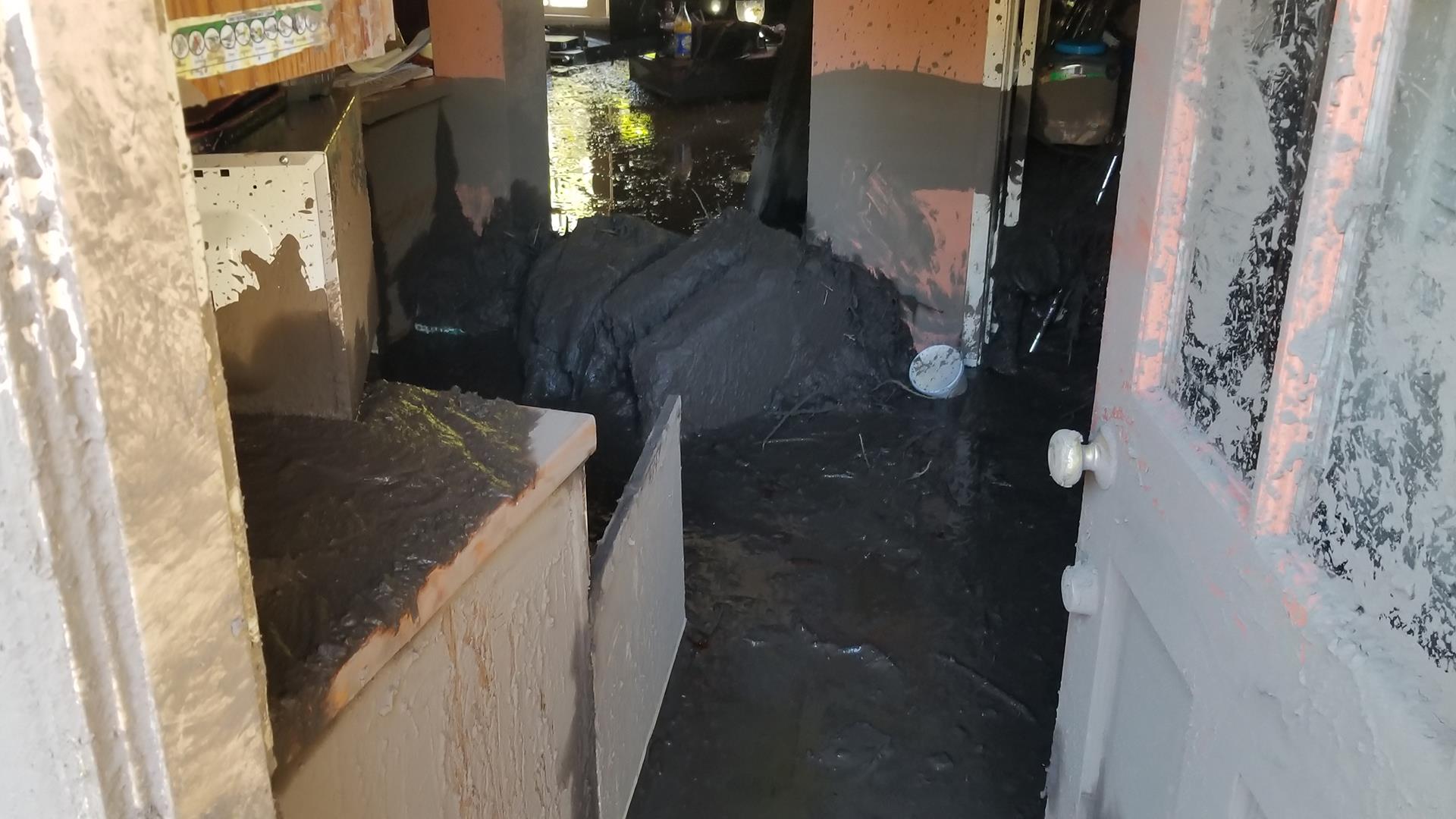 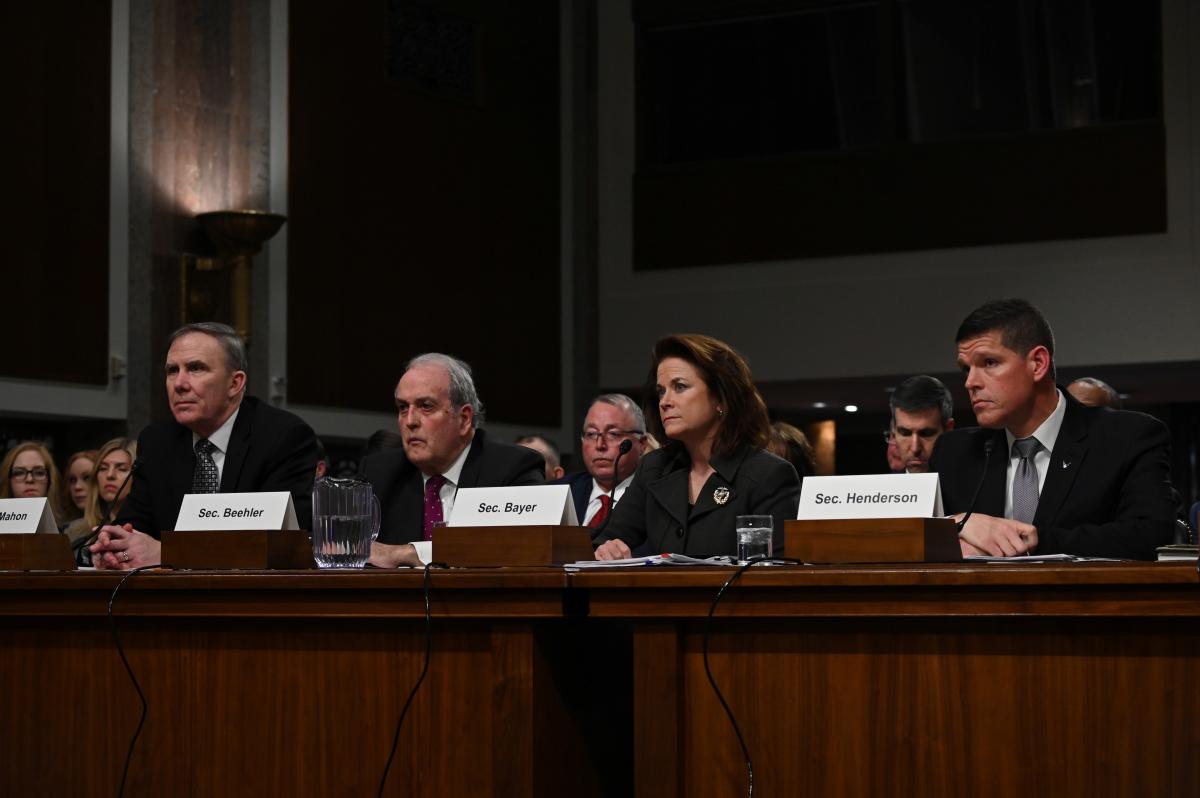 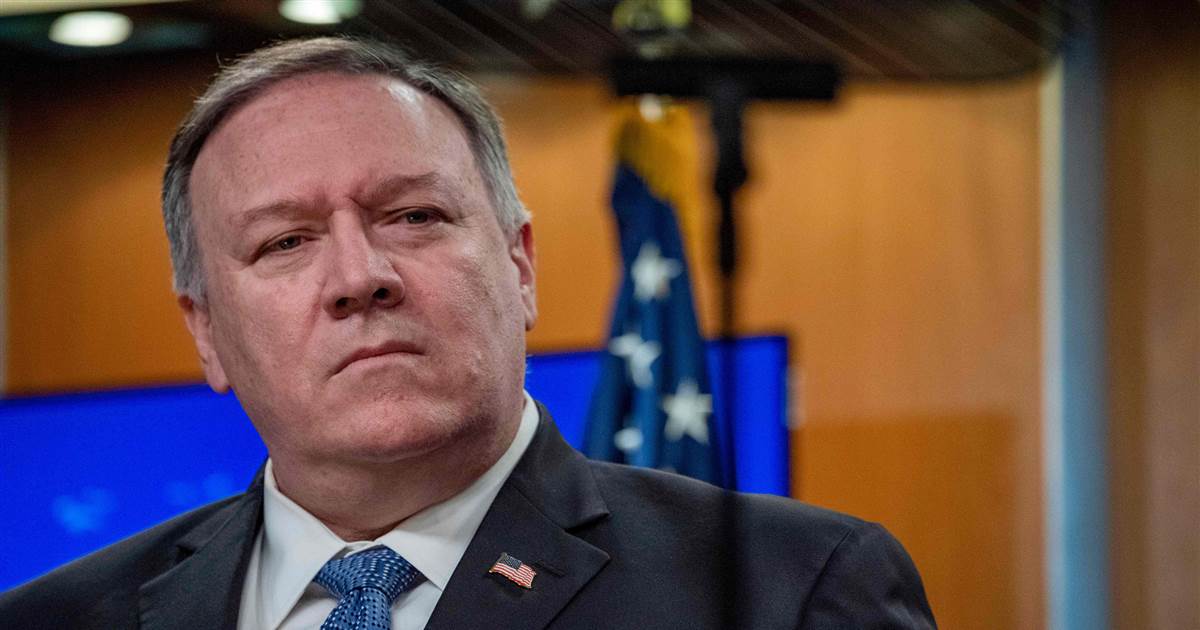