Everton are interested in signing want-away Real Madrid midfielder James Rodriguez in the January transfer window. The Colombia international has a good relationship with manager Carlo Ancelotti, and would welcome to chance to link up with his international team-mate Yerry Mina, rather than head to Arsenal.

Rodriguez has struggled for game time this season under Zinedine Zidane at Real Madrid.

He started just four La Liga matches for Los Blancos, and has spent the past two months on the sideline through injury.

After returning from a two-year loan deal with Bayern Munich in the summer, Real Madrid failed to sell the midfielder.

Now, it appears that Everton are most likely to sign Rodriguez, according to El Desmarque, with Arsenal trailing in their wake.

The manager had tried to sign the midfielder when he was at charge of Napoli, but a deal failed to materialise.

Now, Everton are prepared to spend £42million on the Real Madrid star.

Zidane would likely sanction the deal, as Real Madrid slapped a a €50m (£42m) price tag on the Colombian.

Rodriguez is also very good friends with Mina, and would jump at the chance to join his international team-mate.

Rodriguez has missed half of this season’s fixtures, after picking up a knee injury while on international duty.

He felt a discomfort in his left knee with the Colombian squad, back in November.

It was later revealed that he had damaged the ligaments in his knee.

But, he’s expected to return to action in early January, and could be in line to feature for Real Madrid against Getafe on January 4.

Meanwhile, Ancelotti has confirmed that Everton will have talks over possible transfers in January.

The Toffees are currently 10th in the Premier League table, after winning back-to-back league fixtures for the first time this season.

“The market is not open yet,” said Ancelotti. “There are a lot of rumours, that is normal.

“It is the same in Italy. After the 5th of January I will talk with the club to see if we can improve the squad.” 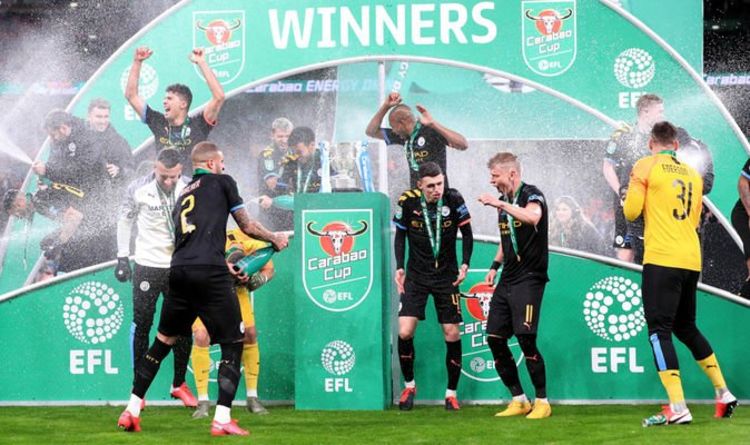 Manchester City boss Pep Guardiola said his players were “starving and hungry” for silverware and they delivered when it mattered most. City […]

Phoenix Thoroughbreds’ continuing stay in British racing could extend to winning one of the season’s most valuable handicaps, as Deja is expected […] 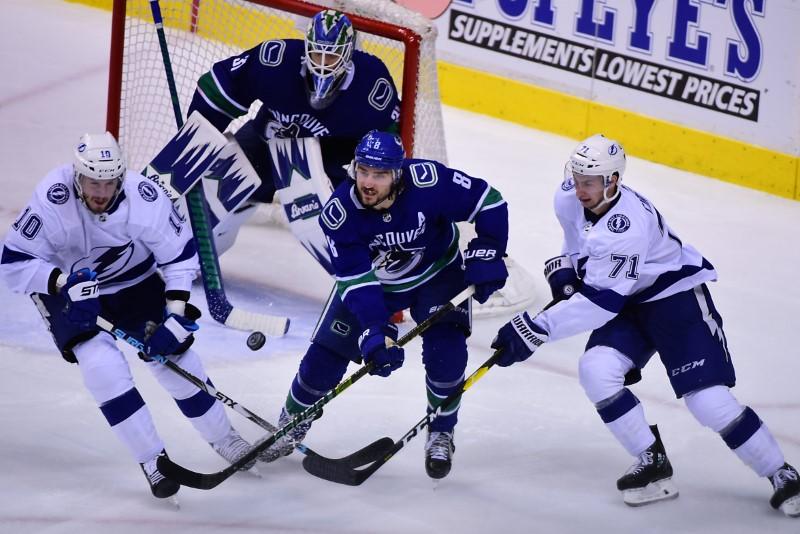 J.T. Miller scored the winner in the seventh round of a shootout, and Louis Domingue was sensational after regulation as the Tampa […]

A late Raheem Sterling strike was the difference as Manchester City came from behind to win 3-2 away at Schalke. The home […]