Until recently, a small, politically neutral Syrian radio station was broadcasting in exile from Istanbul, but then, last year, the US administration withdrew funding for Syrian stabilisation projects. Radio Alwan is now off air, and – as Emma Jane Kirby discovered – its journalists no longer feel welcome in Turkey.

It’s when Rahaf, Radio Alwan’s former social media reporter tells me that she’s abandoned her dream of motherhood that I begin to understand. We’re sitting in my minimalist-chic Istanbul hotel room – with dusk falling and the desk light spilling a wan, sickly light on our faces, the room feels sparse and sterile.

Thirty-five-year old Rahaf and her husband have always imagined having a son together. They even talked about names, she says, smiling shyly. But when you don’t belong anywhere, when you might be kicked out of one country at a moment’s notice and sent back to another that’s completely broken and wild, and where you cannot guarantee a child’s safety… well, you have to ask yourself, is it really fair to insist on realising your dream?

She swallows and smiles at me bravely. “So,” she says, “I have decided I must not become a mother.”

It’s been seven years since most of the Radio Alwan team left Syria. Seven years since they last closed the door of that house or that flat which they had always unthinkingly called “home”. Now that word has floated free of its meaning – has blurred, been scrambled into some unfathomable code. Just as Radio Alwan has vanished from the airwaves, so the word “home” has disappeared from its former employees’ lexicon.

“When you ask me do I miss home,” asks Sami, Radio Alwan’s former manager gently, pulling on his black beard. “What do you mean by ‘home’?”

Sami and Rahaf were at university together in Damascus. When they speak of those days, their language becomes romantic, poetic, as they talk faster and faster about the architecture, the smells, the sounds, the vibrant soul of their homeland. But when they recently revisited their former town, they no longer recognised it. It was blackened by hatred, says Sami, by militias, by murder.

“You see, home,” he explains tentatively, as if tasting the strange word, “a place you call home has to feel safe. And I don’t feel safe in Syria.”

Sami no longer feels at home in Turkey either.

The hard-hitting soap for a country at war (April 2016)

The radio station giving hope to listeners in Syria (December 2016)

If the recent Turkish invasion of Kurdish-held territory in northern Syria has complicated an already chaotic war, it’s also made things much more difficult for Syrian asylum seekers, like the Radio Alwan journalists.

Turkish President Recep Tayyip Erdogan’s rhetoric has recently become more abrasive. Sami argues this is legitimising what he believes is an ugly racism in parts of Turkish society.

On his way to meet me this evening, Sami was stopped by transport police on the metro who checked his papers. When they saw he was Syrian, the officer told him ominously, “Syria? Syria’s dead.”

Sami makes a point of no longer speaking Arabic in public places and only sends texts in English. Like all the Alwan team, he has a Turkish tourist visa which has to be renewed annually and which could be revoked at any time. Sometimes he dreams of getting asylum in Canada.

“Or settlement status anywhere in the world that’s safe,” he muses. “Somewhere I am not seen as a disease but as a human being. Maybe then I’ll have a new understanding of the word ‘home’.”

Mariam listens curled up in her chair like a child but her face is contorted with suppressed emotions.

She’s learned not to give way to her feelings, she explains, because it’s wiser these days, as a Syrian refugee in Erdogan’s Turkey, to keep one’s “tracks light” – to put up a neutral facade. Likewise, she reminds me, when she was Radio Alwan’s youth programmes presenter she always used a pseudonym to broadcast – because you never knew who was listening back in Syria either.

She curls up smaller in her chair, as if to minimise her presence, as if to make her imprint on life imperceptible. Then suddenly she springs up like a cat.

“Yeah, I’m frightened here,” she agrees. “But if things get really tight, I’ll just pick up my stuff and go – I won’t wait for them to kick me out.”

I recognise her feisty spirit as pure Radio Alwan.

And that’s when Sami shows us the photograph on his phone – it’s of the station’s former engineer, who is defiantly building a tiny radio station in his own sitting room, in the hope of resurrecting Radio Alwan – albeit a much reduced service – from the ashes of silence.

They both look at Sami expectantly. “If it happens, of course I’m in,” he grins.

“I so miss the listeners,” Mariam tells me wistfully, studying the picture on Sami’s phone. “I got so attached to them. You know every day they’d hear my voice – every day we talked.”

Sami is nodding. “They weren’t just listeners,” he says. “They were, well, family.”

And then it clicks why Radio Alwan matters quite so much to its former staff. The station wasn’t just about providing listeners in war-torn Syria with innovative dramas, debate and distraction – it was about offering them refuge, comfort, familiarity. Equally, when listeners selected the Radio Alwan frequency, they were opening their door to the Alwan exiles, inviting them in, saying, “You’re welcome here.”

And in these fractured, brutal times of war, perhaps that counts at least as some sort of home.

Listen to Emma Jane Kirby’s report from Istanbul on From Our Own Correspondent, on Radio 4, on 28 December 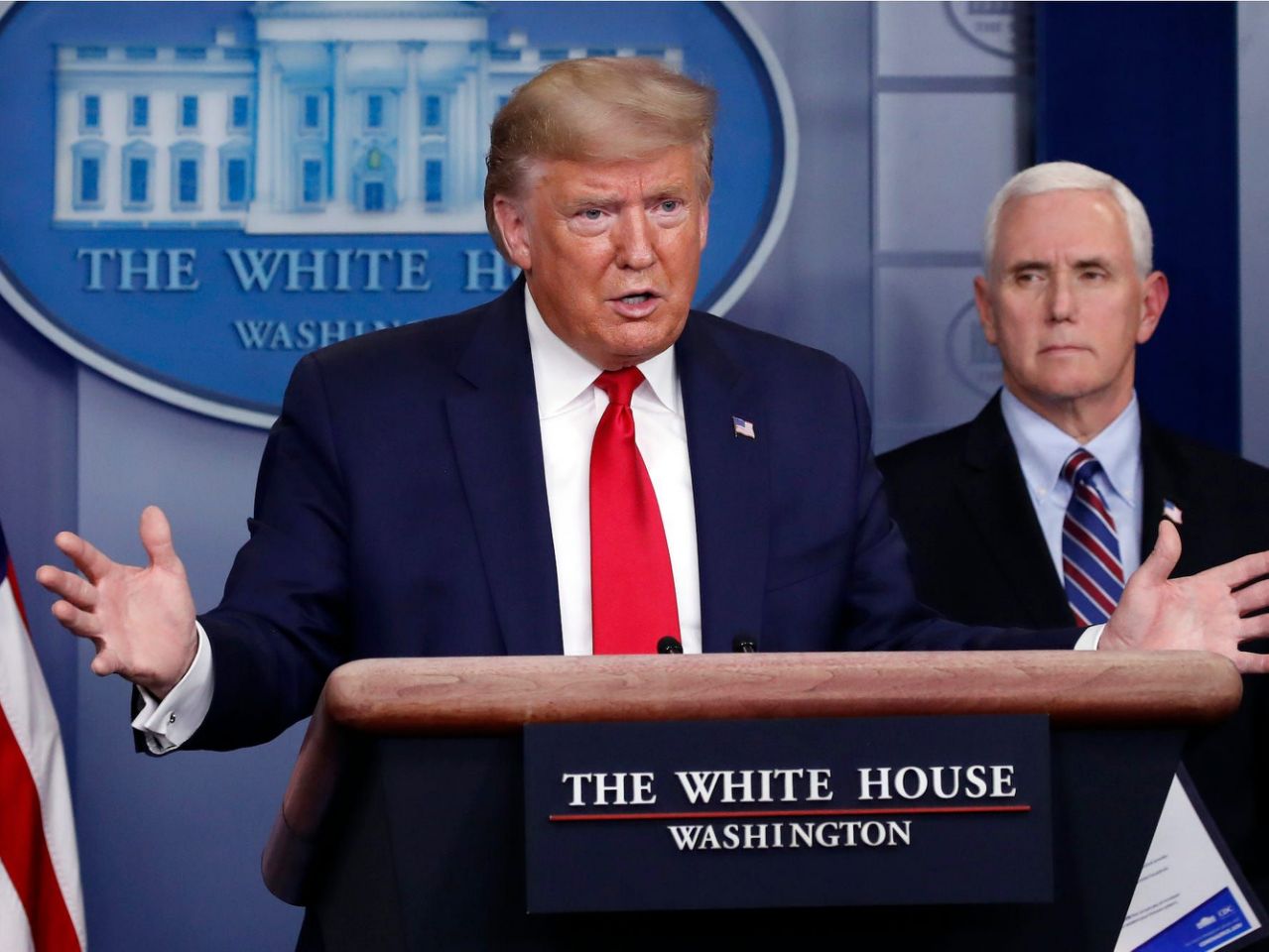 President Donald Trump speaks about the coronavirus in the James Brady Briefing Room, Thursday, March 26, 2020, in Washington, as Vice President […]

Wilfred Reilly is a political science professor at Kentucky State University, a historically black university in Frankfort. But at heart, he is, […] 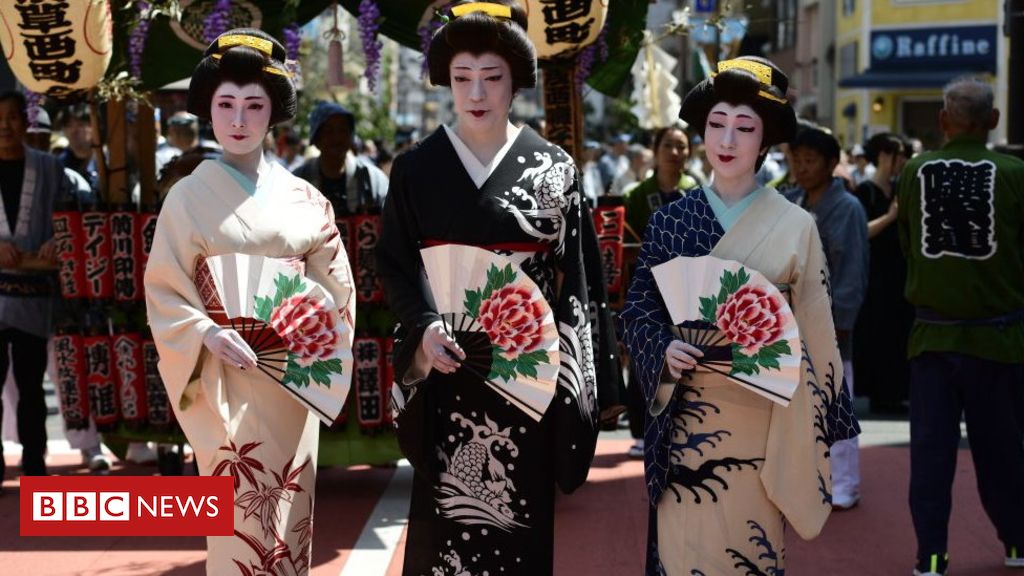