The first No. 1 single of the 2010s was a blippy, raunchy ode to partying by a young pop newcomer with a dollar sign smack in the middle of her name. “TiK ToK,” the debut single by the brash Ke$ha, greeted the decade with a bedheaded, yet confident, opening line — “Wake up in the mornin’ feeling like P. Diddy,” in honor of the hip-hop mogul — and a feeling that the party would never end.

Which party was that? As the aughts had ended, there wasn’t much cheer on pop’s business side: Sales had sunk, record stores were closing and the revenue gap between $16.99 compact discs and 99-cent single songs didn’t seem to be narrowing. But Ke$ha was part of a phalanx of young women, who were ruling radio and selling out arenas with outsized personalities and even larger-than-life songs — P!nk, Rihanna, (Lady) Gaga, Taylor (Swift) and Beyoncé.

It was an auspicious beginning to the 21st century’s teen years, although the way things turned out in the decade for these six women varied widely.

Kesha dropped the currency symbol from her name and became one of the avatars for #MeToo in the industry, taking on her one-time mentor Lukasz “Dr. Luke” Gottwald — whom she accused of physical, sexual and mental abuse — in a series of lawsuits. (Gottwald, for his part, retreated behind the scenes, accusing Kesha of lying and allegedly continuing his producing career under pseudonyms.) Her biggest hit in the latter part of the decade, “Praying,” is a smoldering poison-pen letter to those who have hurt her that climaxes in a high note — the mirror inverse of “TiK ToK,” but no less potent a listen.

P!nk was already the veteran solo artist of this group at the decade’s outset, having released her first album before Y2K. Her earlier hits such as “Family Portrait” and “Don’t Let Me Get Me” established her as one of pop’s realest-talking stars of the early millennium, and she continued to hone that aspect of her music as the years went on. While her end-of-decade singles like the politically charged “What About Us” and the storming “Walk Me Home” didn’t score big on top-40 radio, both scored on adult-contemporary radio — a format where her music has performed exceptionally well since the early 2000s, when programmers began incorporating more teen-pop singers into the mix of Celine Dion and Shania Twain hits.

Rihanna’s aughties hits included “Pon de Replay,” “S.O.S.” and 2007’s massive “Umbrella,” and then continued her torrid run by putting out an album every November between 2009 and 2012, collections that showed her seemingly innate ability to predict what kinds of music would hit big on radio and with listeners. While the lack of an eighth album in the fall of 2013 — and 2014, and 2015 — surprised some fans, she maintained her visibility by appearing on a handful of singles, including collaborative efforts such as “FourFiveSeconds” with Paul McCartney and Kanye West and “This Is What You Came For” with Calvin Harris, as well as with solo efforts like like “Bitch Better Have My Money.”

The moody, genre-agnostic “Anti,” which came out in early 2016, garnered praise from critics for its showcase of her musical curiosity — it included a cover of Aussie psych-rockers Tame Impala’s “Same Ol’ Mistakes,” cameos from stars such as SZA and Drake and forays into hard-edged electro and dancehall — and vocal ability, which particularly shone on the torchy “Love on the Brain.” In the latter part of the decade, Rihanna became more of a mogul than a pop star, releasing makeup, lingerie, and high-fashion lines that sent shock waves through each industry, but her presence in music is still strong enough that she’s regularly being asked about the release date for her next album in Instagram comments and on red carpets.

Lady Gaga kicked off the decade with the audacious “Born This Way,” which included powerhouse singles, like the Clarence Clemons-assisted “The Edge of Glory” and the drama-heavy “Marry the Night.” But on its followup, 2013’s “Artpop,” she seemed to lose the plot, its halfhearted songs backed by her puddle-deep proclamations of being a serious artist. This foray into performance-piece gibberish wound up being a perfect setup for her rise back into capital-a Authenticity, though, beginning with 2016’s “Joanne,” which wasn’t as countrified as the pink 10-gallon hat she wore on its cover implied but which did contain a couple of stirring piano ballads.

Her efforts at remaking herself then crested with the 2018 remake of “A Star Is Born,” which contained the world-conquering power ballad “Shallow.” Those triumphs — as well as her collaborative record with Tony Bennett and her Las Vegas residency “Enigma,” both of which showcased her ability to channel old-school crooners — put the indulgent “Artpop” era far in the rear view mirror. (She’s also franchised her name with her Amazon-distributed makeup line Haus.)

Taylor Swift’s decade wasn’t as up-and-down as Gaga’s, although the moment when observers seemed invested in turning her public tussles with Kanye West into pop’s most era-defining feud was perhaps their most embarrassing time. She released five albums in the 2010s — “Speak Now,” “Red,” “1989,” “Reputation,” and this year’s “Lover” — that engaged directly with the way people were discussing her, while mostly avoiding the trap of celebrity self-indulgence. (“Reputation,” which shrouded her in monochrome newsprint, is probably the worst offender on this point, although in the glow of “Lover,” it now comes off as a more darkness-before-the-dawn moment.) Swift, who in the early part of her career was dismissed for her youth, also grew into a place where she garnered respect not just from listeners, but also from critics.

The artist who weathered the music industry’s travails of the 2010s with the most gusto was likely Beyoncé, who blazed the trail for remaking the pop-star ideal with her 2011 album “4.” An ode to inner bliss that recalled the R&B that harkened back to her childhood, it did well among the ever-more-fervent Beyhive and among online fans, but thanks to radio programmers turning away from R&B and embracing sounds borrowed from dance clubs, it didn’t spawn a single top-10 pop hit. Indeed, over the 2010s, when she definitely was one of pop’s most mega of stars, she only hit the Hot 100’s top 10 twice — and her lone No. 1 hit came when she hopped on a track by jack-of-all-trades moppet Ed Sheeran.

But Beyoncé, who pioneered the surprise-release strategy with her 2013 self-titled album and epitomized what the synergy of streaming music and streaming video could mean for an album with 2016’s “Lemonade,” also helped chart a new path for pop stardom by operating outside the gate-kept realms of radio and the male-dominated world of the streaming charts. Her cultivation of a fervent fan base led to sold-out stadium shows both on her own and with her husband, Jay-Z, a strategy that mirrored the outside-the-box successes of fiercely beloved artists such as Carly Rae Jepsen and Kacey Musgraves; her surprise-release blueprints were copied by many, including the chart-topping Ariana Grande.

Pop music underwent a lot of sweeping changes in the 2010s. The way these six women, all of whom are still considered capital-p Pop Stars, weathered its shifts defied conventional wisdom about how women in the spotlight can hold on to their status — and laid the groundwork for late-10s world-beaters such as Lizzo and Grande to upend expectations with even more gusto.

Climate change became a burning issue in the past decade, but also an opportunity 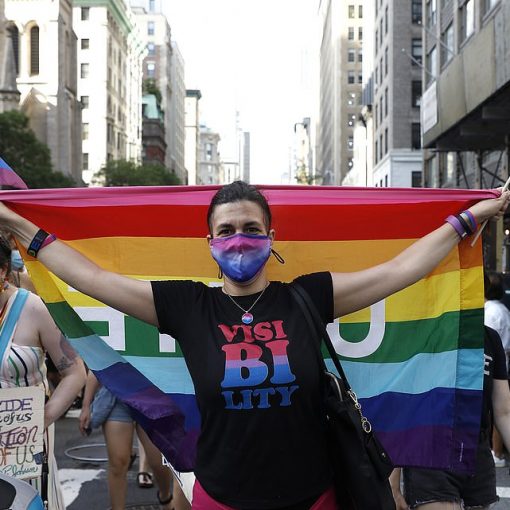 New York City is celebrating Pride this weekend, the first after last year’s official celebrations were hampered due to the coronavirus pandemic. […] 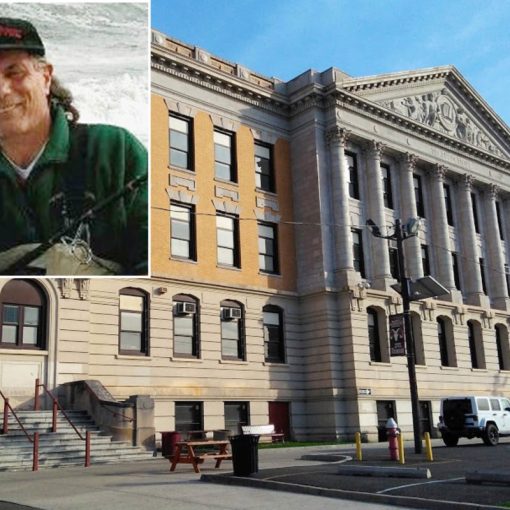 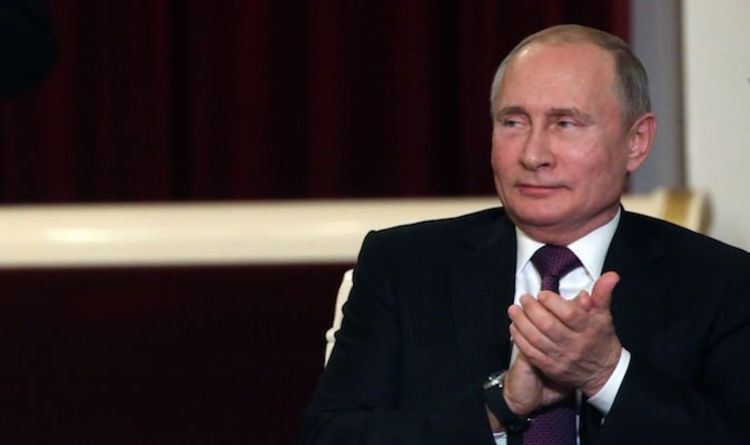 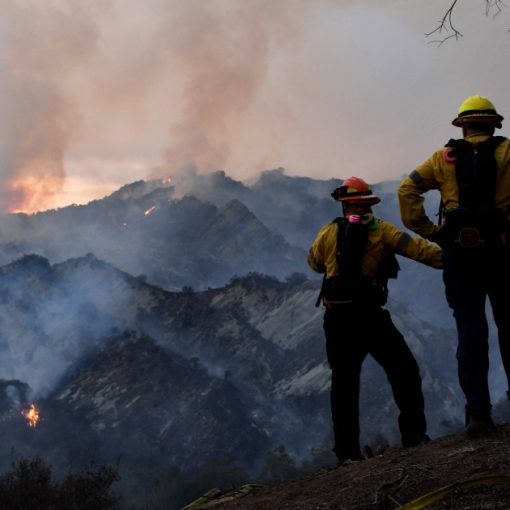 One man has been arrested in connection with a roaring brushfire that has vexed Southern California first responders all weekend, authorities said […]