Bradley Walsh is an English comedian, television presenter, actor, singer, and former professional footballer. Many Britons would recognise Bradley Walsh from his presenting stint on ITV’s The Chase, which he has been the host of since 2009.

Bradley Walsh has had a long successful career on television and off. During his career, he has fronted a number of shows including Odd One In and Tonight at the London Palladium.

But, not only this, but the star was also once a professional footballer, recording artist, and actor. With a career spanning more than 40 years, what is the multi-talented star’s net worth?

Tonight, Bradley Walsh and This Morning presenter, Holly Willoughby, present a special Christmas family entertainment show, that offers members of the audience the chance to win the holiday of a lifetime to Lapland.

According to Celebrity Net Worth, Walsh has accumulated an impressive fortune, how rich is The Chase presenter?

Bradley Walsh has more than $8million, or £6.18million, hidden in the bank.

Previously it was reported that Walsh had become one of the UK’s highest-earning television stars.

How did the 59-year-old television presenter earn his impressive fortune?

He started building his fortune at the age of 18, when Walsh become a professional football player for Brentford.

During his time here, he also played for Barnet on loan, making five Southern Football League appearances in the 1978–79 season.

His football career was sadly brought to an end in 1982 however when he suffered an ankle fracture.

Bradley had a number of jobs before he landed a presenting role on the National Lottery on BBC.

He went on to host programmes including the game shows, Midas Touch and Wheel of Fortune.

At this time, Bradley also turned his hand to acting and landed a role in ITV’s soap Night and Day in 2002.

He became a regular as Danny Baldwin on the soap, Coronation Street, in 2004 and he stayed in the show for two years.

The star has also used his property portfolio to increase his fortune as he reportedly sold his home for £2.45million in 2015.

But, how does his net worth compare to co-presenter, and This Morning legend, Holly Willoughby?

Holly Willoughby is an English television presenter, model, and author.

Currently, Holly is co-presenter of This Morning and Dancing on Ice alongside Philip Schofield.

However, since the 2000s Holly has been a constant presence on British television screens, so with a career spanning nearly 20 years what is the day-time television presenter’s net worth? And how does it compare to Take Off with Bradley & Holly co-presenter, Bradley Walsh?

The television host has an astounding fortune of $8million, or £6.18million, according to Celebrity Net Worth.

Having spent most of her life in front of the camera, Holly started making money when she was just 14-years-old and scouted as a model.

During this time, she modeled for teen magazines for girls such as Mizz, Just Seventeen, Shout, and More!.

Her television career began when she won an audition for the CITV show, S Club TV, in 2000 and began hosting children’s shows on BBC the same year.

It appears that both Walsh and Willoughby have the same estimated £6.18million fortune, but with both of the presenters having several future entertainment gigs booked for the New Year, time will tell who ends up with the highest net worth. 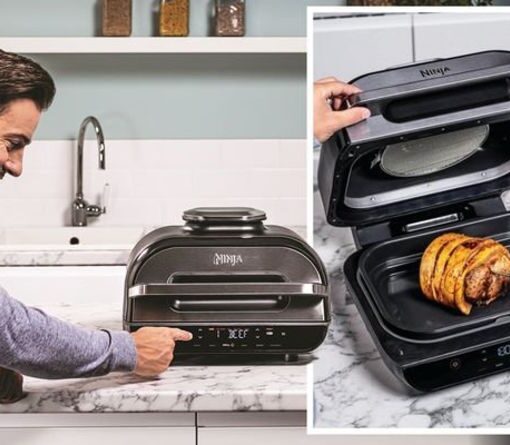 Buy: John Lewis (£179.99) Even when cooking things like steak, you can choose your desired finish from anywhere between rare to well done […]

Waitrose launched its rapid delivery service back in 2018. Waitrose Rapid enabled shoppers in certain areas to have up to 25 grocery […]

ANCHORAGE, Alaska (Reuters) – A rotund and furry grandma bear has been crowned the fattest of them all. Fat Bear Week for […] 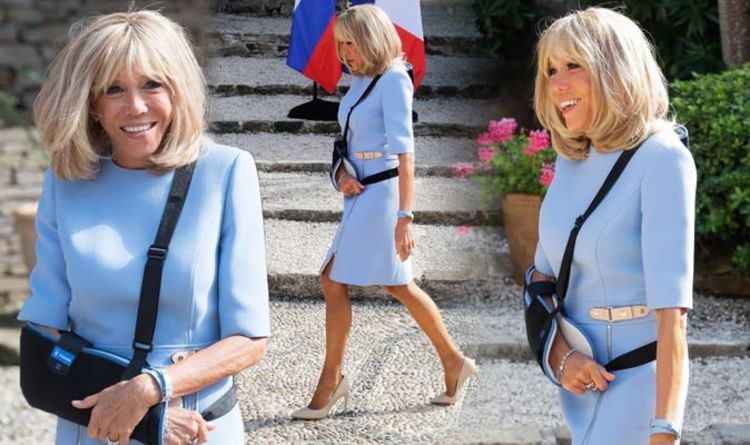 Brigitte Macron dressed for summer in a stunning light blue pencil skirt dress but it was her injured arm which attracted attention. […]