December is often stressful — there can be relatives to visit, food to make, gifts to buy for everyone from your son’s bus driver to your impossibly fashionable 18-year-old niece, all piled on top of your regular workload and set to an endless Mariah Carey soundtrack. And then there’s the smaller but ever-present stressor: How do you say hello and goodbye to strangers?

The choice between sticking with the traditional salutation or the more politically correct “Happy Holidays” is riven by differences in ideology, age, geography and gender.

Normally, when we greet and take leave of people, we rely on what linguists call phatic speech. These are expressions that, as sociolinguist Peter Trudgill puts it, “establish and maintain good social relations, without necessarily communicating any information.” When we say things like “please,” “thank you” and “How are you?” we are greasing the social wheels — indicating that we are positively disposed toward our interlocutor and that we know and abide by norms of politeness. Until quite recently, “Merry Christmas” was one of these phatic expressions, an unremarkable December alternative to “See you later!” or “Have a good day!”

Today, however, the practice of using “Merry Christmas” is a fraught one. The choice between sticking with the traditional salutation or the more politically correct “Happy Holidays” is riven by differences in ideology, age, geography and gender. The person most likely to insist on “Merry Christmas” would be a Republican man over 60 who lives in the Midwest; the archetypal “Happy Holidays” proponent is a young (18 to 29) female Democrat living in the Northeast.

The political gap can be particularly large: A 2016 Public Religion Research Institute survey found, for example, that in response to the question, “Do you think stores and businesses should greet their customers with ‘Happy Holidays’ or ‘Seasons Greetings’ instead of ‘Merry Christmas’ out of respect for people of different faiths, or not?” 67 percent of Republicans said “No” and 66 percent of Democrats said “Yes.”

At this point, when it comes to the original reason for the utterances, “Merry Christmas” and “Happy Holidays” make equally little sense. Neither merely signals the speaker’s goodwill or puts people at ease. Their primary function now is to characterize the speaker, serving as badges of group identification. “Merry Christmas” advertises that you’re likely a conservative and comfortable with Christianity as the default. “Happy Holidays” conveniently ignores the fact that, of the world’s major religions, only two or so have important celebrations in December, and thus often indicates, “I am a liberal and try hard to be inclusive, but I still want to wish you a Merry Christmas.”

Interestingly, the social struggle over “Merry Christmas” isn’t limited to this side of the Atlantic. It is one that also plays out in Britain, though for different reasons. There the divide is between classes.

Since there has never been any separation of church and state in the United Kingdom, Christianity suffuses public life in ways that might seem strange to Americans. With Anglicanism the state religion, British public schools put on Nativity plays­ — though to make them “inclusive” the three wise men may carry a menorah and talk about Diwali — and the queen gives a televised Christmas speech.

Wishing someone a something Christmas is thus still a fairly uncontroversial thing to do there. But what sort of something? Do you say “Merry Christmas” or “Happy Christmas?” In Britain, this choice reveals your social class.

Though happy and merry are synonyms, they actually have different connotations. Merry implies a degree of revelry that is missing from happy, which tends more toward quiet contentment. When you make merry, you’re doing a lot of drinking, dancing, eating rich food and playing games. “I am happy” means you are pleased; “I am merry” means you are drunk. (At least it used to — it was slang for inebriation in the 18th and 19th centuries.)

Christmas in England was originally very merry indeed — in the Middle Ages and Renaissance it was a 12-day festival of feasting, singing and other entertainment, like games where you kiss other people’s spouses. The first English carols ever printed, from 1521, reflect this attitude — they are about a delicious boar’s head served for dinner (“The Boar’s Head Carol”) and the fun hunting that might take place afterward (“A Carol of Hunting”), rather than Christ’s birth.

The buttoned-up Victorians popularized the phrase “Merry Christmas,” but toned down the actual merriment. In Charles Dickens’ 1843 “A ChristmasCarol,” for example, characters frequently wish each other a “Merry Christmas,” but the festivities depicted in the book are fairly mild; the season was no longer an extended (and probably quite fun) party, as it had been 400 years earlier. It was an occasion to sit down to Christmas pudding with relatives, cherish children and remember the poor.

The British upper classes either objected to merry’sechoes of debauchery or thought that it had become irredeemably twee and middle class by the time King George V gave the first Royal Christmas message on the radio in 1932. On that occasion, he wished his subjects a “Happy Christmas,” and upper-class Brits have been saying it that way ever since.

So, are you proudly middle class? Then by all means go with “Merry Christmas!” An aristocrat or social climber? “Happy Christmas!” A posh person who feels guilty about sounding posh? Back to “Merry!” As British journalist Susannah Constantine wrote in The Daily Mail in 2014, “There’s no time quite like Christmas to illustrate just where you stand in the social minefield of the British class system.”

What if you want to say, “Hi! How are you this December?” but don’t want to proclaim yourself liberal or conservative, upper or middle class? “Happy New Year!” might serve us well.

“Merry Christmas,” “Happy Holidays” and “Happy Christmas” can still work to convey sincere good wishes, of course, if you know your audience. But what if you want to say, “Hi! How are you this December?” but don’t want to proclaim yourself liberal or conservative, upper or middle class?

“Happy New Year!” might serve us well. Although cultures mark years differently — for example, the year 5780 began in September, according to the Jewish calendar — most people in the United States and Britain still also follow the calendar that proclaims this Jan. 1 the beginning of 2020. So what if it seems a bit early, or a bit Communist (it was the default greeting in the USSR after Bolsheviks abolished Christmas): Happy New Year to all, and to all a good night!

Melissa Mohr is the author of “Holy Sh*t: A Brief History of Swearing.” 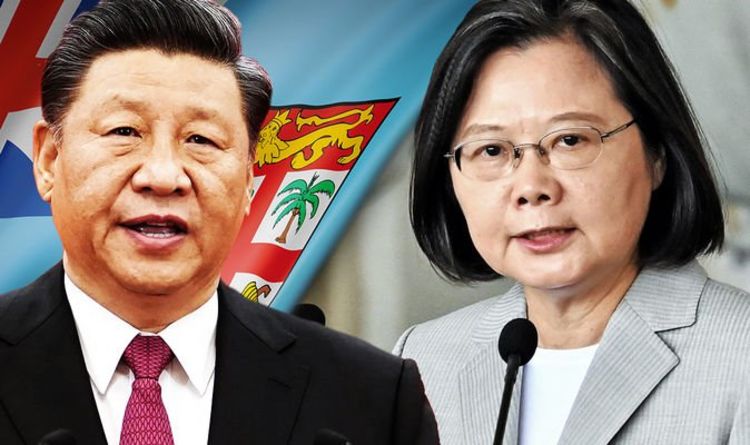 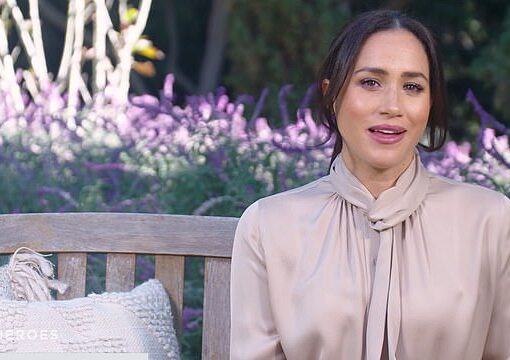 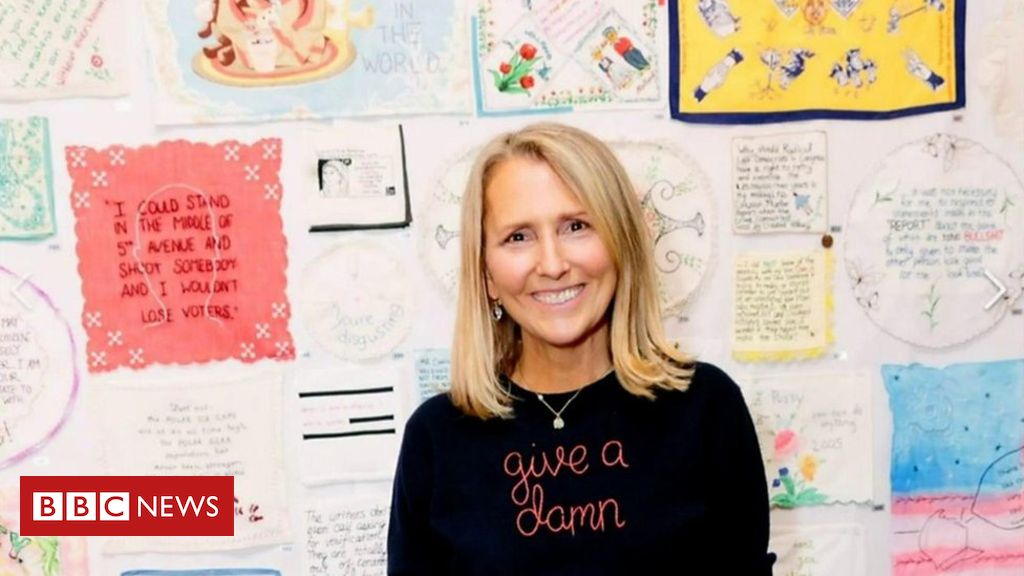 US artist Diana Waymar wanted to find a way of relating to the current political atmosphere. So she began knitting President Donald […]