Serie A has used images of monkeys in an anti-racism campaign less than three weeks after its clubs pledged to combat Italian football’s “serious problem”.

The ‘No To Racism’ posters show three monkeys with painted faces.

The monkey artwork will be displayed at Serie A headquarters in Milan.

“Once again Italian football leaves the world speechless. It is difficult to see what Serie A was thinking, who did they consult?” said anti-discriminatory body Fare.

“In a country in which the authorities fail to deal with racism week after week, Serie A have launched a campaign that looks like a sick joke.

“These creations are an outrage, they will be counter-productive and continue the dehumanisation of people of African heritage.

“It is time for the progressive clubs in the league to make their voice heard.”

In November, Brescia’s Mario Balotelli called fans who shouted racist abuse at him “small-minded” and “imbeciles”.

Inter Milan’s Romelu Lukaku said the abuse he suffered in September, when Cagliari fans made monkey noises after the Belgian scored a penalty against their team, showed the game was “going backwards”.

The Sardinian club were later cleared of racist chanting, leading the head of anti-discriminatory body Fare to say that Italian football authorities and their disciplinary systems to combat racism were “not fit for purpose”.

Earlier this month Italian newspaper Corriere dello Sport was criticised for the headline ‘Black Friday’ alongside images of Roma defender Chris Smalling and Inter striker Lukaku prior to a match between the sides.

“Question for the league is how they can’t see what a loaded and misguided collaboration this is for an anti-racism initiative,” he said.

“If you wondered why a select group of Serie A clubs are taking anti-racism into their own hands, faith in the league is sub-zero.”

At a news conference on Monday, artist Simone Fugazzotto, who always uses monkeys in his work, said: “For an artist there is nothing more important than trying to change the perception of things through his own work.

“I decided to portray monkeys to talk about racism because they are the metaphor for human beings. Last year I was at the stadium to see Inter v Napoli [a match in which Napoli defender Kalidou Koulibaly was racially abused] and I felt humiliated, everyone was shouting ‘monkey’ at Koulibaly, a player I respect.

“I’ve always been painting monkeys for five to six years, so I thought I’d make this work to teach that we’re all apes, I made the western monkey with blue and white eyes, the Asian monkey with almond-shaped eyes and the black monkey positioned in the centre, where everything comes from. The monkey becomes the spark to teach everyone that there is no difference, there is no man or monkey, we are all alike. If anything we are all monkeys.”

Serie A chief executive Luigi de Siervo said: “The League’s commitment against all forms of prejudice is strong and concrete, we know that racism is an endemic and very complex problem, which we will tackle on three different levels; the cultural one, through works like that of Simone; the sporting one, with a series of initiatives together with clubs and players, and the repressive one, thanks to collaboration with the police.”

BERLIN (Reuters) – Matches in lower divisions, the women’s Bundesliga and the German Cup could potentially see the return of fans to […] 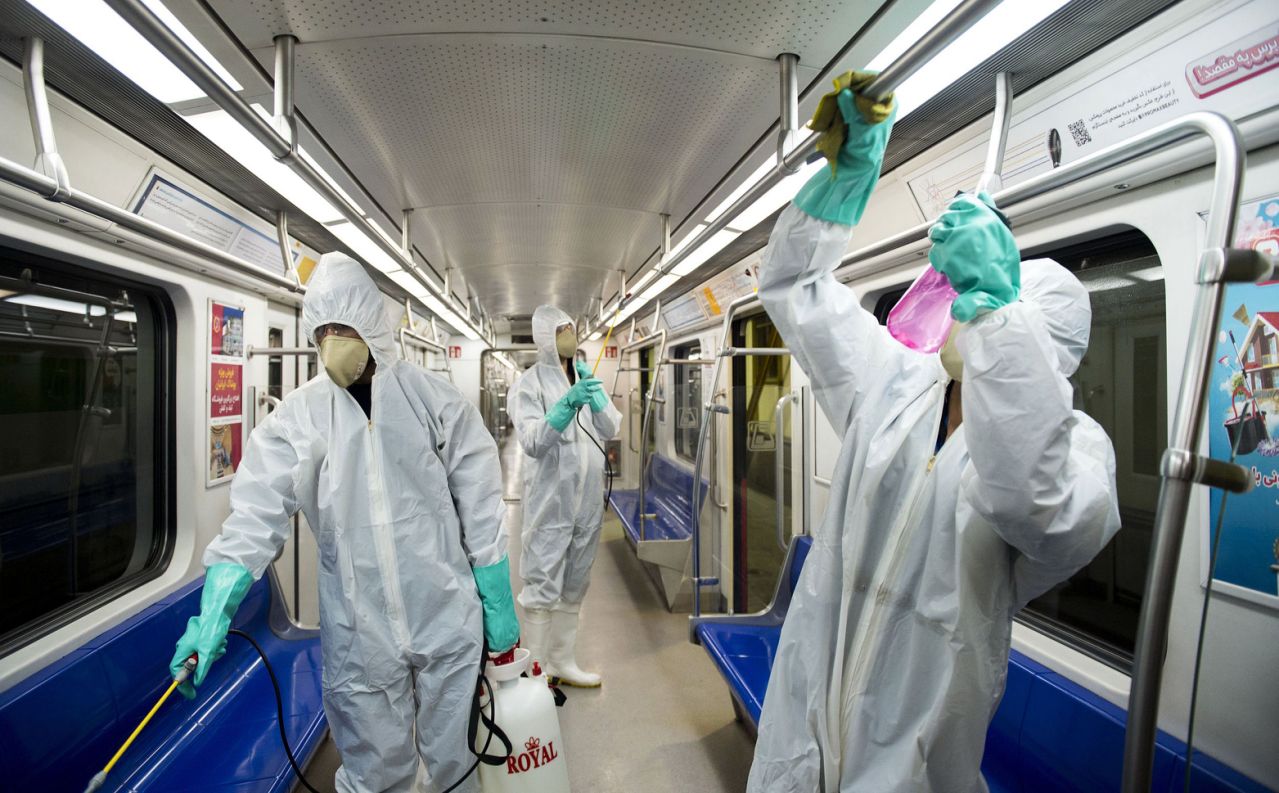 WASHINGTON — Iran has the highest reported number of deaths from the coronavirus outside China, raising questions about how the government is […]