LONDON (AP) — President Donald Trump will huddle with NATO leaders as House Democrats resume their impeachment inquiry probing whether he abused his presidential authority by urging a foreign leader to open an investigation of his political rival.

More significantly, Trump will face one of the most critical split-screen moments of his presidency near the end of the NATO conference, when he addresses the news media soon after Rep. Jerrold Nadler, D-N.Y., gavels to order the House Judiciary Committee’s first hearing in the impeachment inquiry.

The hearing will be on the constitutional grounds for presidential impeachment.

“The impeachment is going nowhere,” Trump insisted Tuesday as he sat down with NATO Secretary-General Jens Stoltenberg. “It is a waste of time. They’re wasting their time. And it’s a disgrace. It’s a disgrace to our country.”

Trump said he remains unconcerned about the unfolding inquiry in Washington with Democrats facing a mountainous climb to remove him from office. While Democrats hold the majority in the House, Republicans control the Senate and not one Republican lawmaker in the upper chamber has signaled support for kicking Trump out of office. An impeachment conviction in the Senate requires 67 votes out of 100.

Democrats argue that Trump acted improperly when he pressed Ukraine President Volodymyr Zelenskiy to open an investigation of former Vice President Joe Biden and his son’s dealings in the eastern European nation. The vice president’s son, Hunter Biden, sat on the board of a Ukrainian energy company.

The U.S. president bantered with reporters for more than two hours Tuesday, sitting casually in a salon of Winfield House, the manicured estate of the U.S. ambassador to the United Kingdom, where he also met with fellow NATO leaders.

He slammed the ongoing Democratic-led impeachment inquiry back in the United States as a “”hoax” and professed to be unconcerned about declines in the stock market spurred by his remark that a trade deal with China might not materialize until after the 2020 election.

Trump later paid a call on Prince Charles and his wife, Camilla, and attended a NATO welcome reception at Buckingham Palace, before proceeding to an event at the prime minister’s residence, No. 10 Downing St. Trump punctuated the day of diplomacy with a fundraiser for his reelection effort that his campaign said brought in $3 million.

The gathering of NATO leaders follows Trump’s frequent criticism of alliance members as falling well short in doing their financial part through the first three years of his presidency.

After a NATO summit last year, he called for members devote at least 4% of gross domestic product to military spending and took aim at German Chancellor Angela Merkel, whom he accused of paying Russia ‘”billions of dollars for gas and energy” while failing to meet her nation’s commitment to spend at least 2% of GDP on defense.

But at this NATO meeting, Trump — heading toward an election year looking to showcase foreign policy wins — is offering a more optimistic outlook for the alliance’s future. To that end, he suggested he deserved much of the credit for progress.

“I don’t think frankly before us that NATO was changing at all, and NATO is really changing right now,” Trump said as he sat down for a one-on-one talk with Stoltenberg.

White House officials say that before Trump took office just four NATO members had reached the 2% benchmark set in 2014. Now there are nine, and 18 of the 29 are projected to meet the benchmark by 2024. Trump is set to have a working lunch Wednesday with what the White House called the “NATO 2%ers.”

Stoltenberg said that Trump does deserve credit for nudging members.

“The reality is that, not least because it has been so clearly conveyed from President Trump that we need fair burden sharing, allies are stepping up,” Stoltenberg said.

In his meeting with Canadian Prime Minister Justin Trudeau, Trump gently ribbed the premier — his country is spending about 1.3% of GDP on defense — as “slightly delinquent.”

“Some are major delinquent,” said Trump. He added that he’s looking at the possibility of imposing unspecified trade penalties against NATO allies that perpetually fall below benchmarks.

“Some are way below 1 percent and that’s unacceptable, and then if something happens we’re supposed to protect them and it’s not really fair and it never has been fair,” he said.

Trump’s talks with Macron were tense at times. Before meeting with him on the sidelines of the summit, Trump laced into the French president for what he called “very, very nasty” comments in The Economist about NATO’s health with Trump leading its most important member.

Macron didn’t back down when they appeared later in the day, and he renewed his own criticism of Trump for withdrawing U.S. forces from Syria.

That decision by Trump, made without consulting France or other NATO allies, gave Turkey, another NATO member, a green light to launch operations against Syrian Kurdish forces who had played a key role in the fight to clear a huge swath of Syria of Islamic State militants.

Trump and Macron have had an up-and-down relationship in the nearly three years Trump’s been in office.

Macron, who early in Trump’s presidency had looked to cultivate a close relationship, hosted Trump in 2017 for Bastille Day celebrations in Paris. Trump reciprocated by honoring Macron last year with the first state visit of a foreign leader during his time in the White House.

As they answered questions from reporters, the new stress was most apparent as they discussed their concerns over Turkey’s plan to purchase an anti-aircraft missile system from Russia.

Macron said there is a disconnect in allowing Turkey to buy the system from Russia and also be a NATO member. Trump said he is weighing issuing sanctions against Ankara if it moves forward with plans to buy the weapons.

Ahead of the meeting, Turkish President Recep Tayyip Erdogan said he would oppose a NATO plan to defend the Baltic region if the alliance does not back Turkey in its fight against Kurdish groups it considers terrorists.

“I’m sorry to say we don’t have the same definition of terrorism around the table,” Macron said in a swipe at Turkey.

Trump showed more deference to Erdogan, saying that Turkey was “very helpful” during the October U.S. commando raid that led to the death of IS leader Abu Bakr al-Baghdadi near the Syria-Turkey border.

At another point in their extended comments before the news media, Trump and Macron had a curt exchange about the repatriation of Islamic State fighters who are European citizens and were captured in Syria and Iraq in recent years. Trump has pressed unsuccessfully for European nations to accept fighters captured by U.S. forces.

“Would you like some nice ISIS fighters? I can give them to you,” Trump said. “You can take every one you want.”

“Let’s be serious,” Macron responded. “Your No. 1 problem are not the foreign fighters.”

Trump retorted, “’That’s one of the greatest non-answers I’ve ever heard. And, that’s OK.”

After such exchanges, however, Trump gave Macron, along with Italy’s prime minister, a ride in his armored presidential limo from the reception at Buckingham Palace to the gathering hosted by British Prime Minister Boris Johnson. 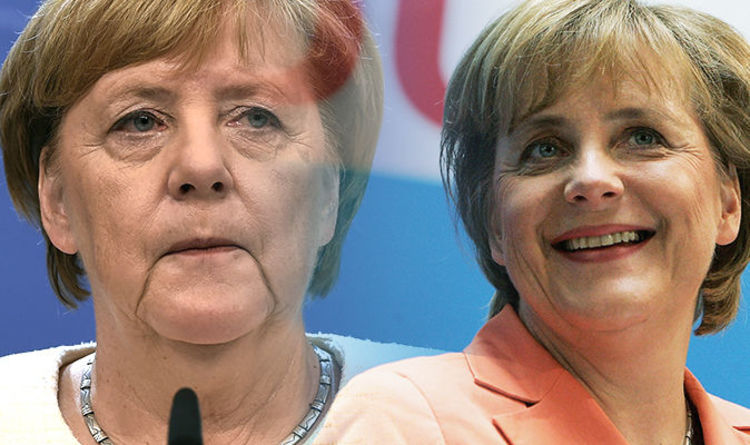 Winds of political change are blowing across Europe and politicians who fail to engage will face the same fate as Mrs Merkel. […] 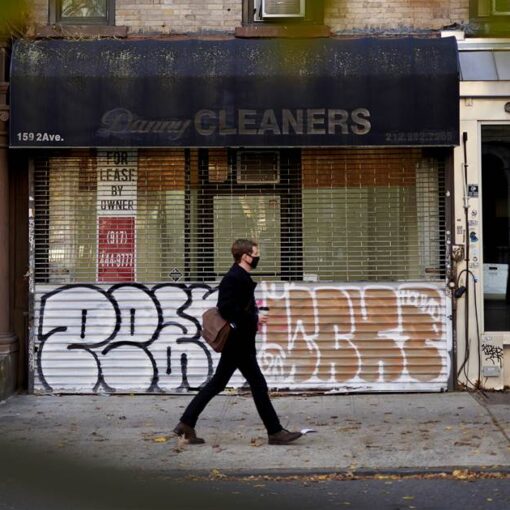 Weekly jobless claims fell to 803,000 from a revised level of 892,000 an improvement after two weeks of increases, the Department of […] 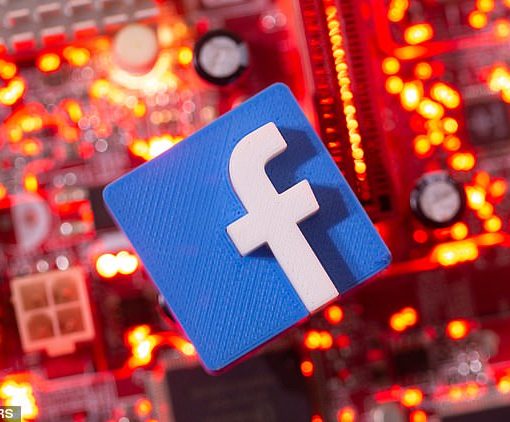 Facebook goes down, leaving thousands of users across the U.S. and Europe unable access their social media pages and others report finding […] 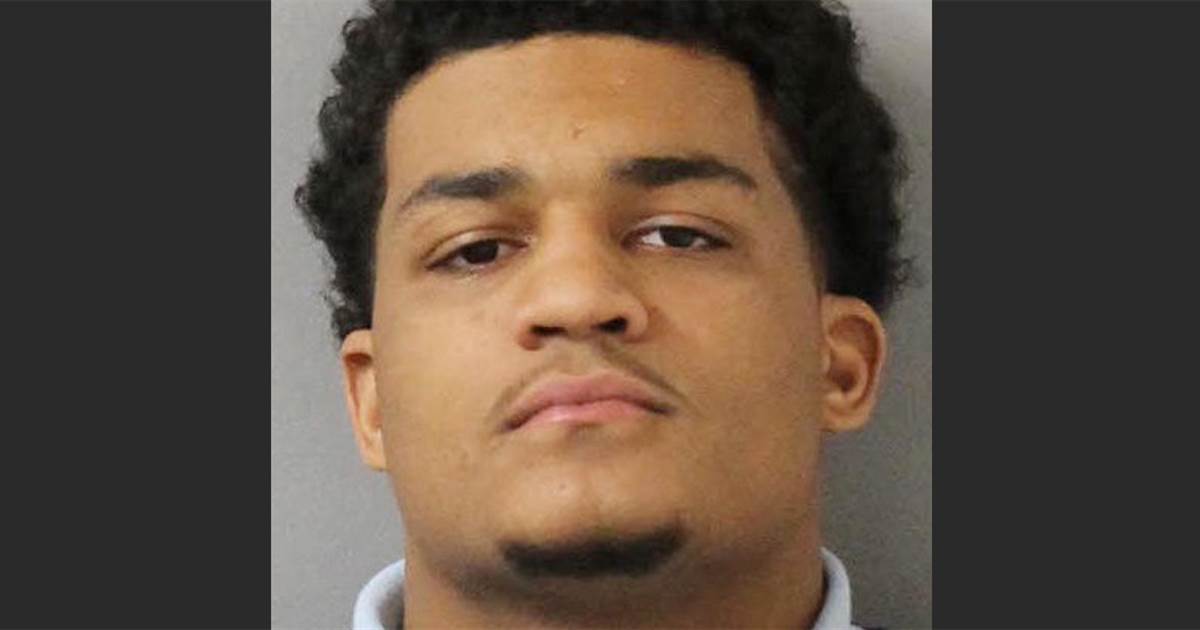 A 17-year-old boy who was among four teenagers who escaped a juvenile detention facility in November was arrested Thursday, ending a nearly […]