ATLANTA — In a small suburban park on a muggy morning a few months ago, a woman in elbow-length gloves was armed with a net, a loaf of bread and a tall cardboard box, all in hopes of catching an elusive goose.

The goose, whose left leg was tightly wound in fishing line, walked with a pronounced hobble; as it swam, the leg dragged listlessly in the water. Yet despite its condition, animal instinct prevailed. The goose simply refused to be caught.

Cindy Rooker, the would-be captor, hoped to retrieve the recalcitrant Canada goose, tuck it into the cardboard box she had brought, and drive it to a wildlife rehabilitation center a few hours away in South Carolina, where the bird would receive medical attention.

But after several attempts, Rooker knew it was time to call it a day. Birds are easily stressed, and waterfowl have an inconvenient and frustrating knack for flying right into the center of a pond. Also, she didn’t bring a kayak this time.

A police officer who lives in Canton, Georgia, Rooker, 56, volunteers for the Wildlife Resources and Education Network (WREN). She started working with the organization at the beginning of the summer, and has since completed about 10 transports, crisscrossing the northern half of the state with the likes of orphaned baby opossums and injured hawks in the cab of her Nissan pickup truck.

WREN connects people like Rooker — committed animal lovers in the Southeast with spare time, spare gas money and an empty back seat — with wildlife rehabbers and veterinary clinics that lack the resources to transport an animal on their own.

In other words, Rooker and her fellow transporters are Mother Nature’s unpaid Uber drivers.

Robert Jones, an animal lover whose other pursuits include military history and small-business consulting, started WREN with Liz Crandall in 2016. The two met at the Southeastern Raptor Center at Auburn University, where Crandall worked and Jones volunteered and, later, interned.

They formed WREN as a wildlife educational initiative, but with time, sharpened their focus largely on transportation after seeing the same challenge day after day: More people seemed to be stumbling upon injured wildlife every passing year, but few wanted to transport the animals to rehabbers themselves.

“It’s a really large gap,” said Jones, 34, who now lives in Jonesborough, Tennessee, and is the executive director of the Tilted Tavern Animal Sanctuary. Nonprofits like the raptor center don’t always have the resources or staff to send someone out to fetch an animal, especially one that’s hours away.

That’s where WREN — and a handful of similar organizations, like the Connecticut Emergency Animal Response Service — step in.

When I first spoke with Crandall, 46, by phone, she had just finished up “a fawn call” (which, at least in this instance, is not a pun). Crandall, who is the assistant director of the Tilted Tavern Animal Sanctuary, said that she fields roughly a dozen calls a day and manages a handful of transports each week, often across state lines.

That number is increasing each year, for reasons both dismal and hopeful: While humans are pushing into wildlife territory more and more, some of them are also becoming more aware of, and attuned to, the wildlife in their backyards.

“I think people are more conscientious,” Crandall said. “They want to help more.”

WREN uses Slack to communicate to its volunteers and manage logistics, like making sure each transporter has an appropriate container for the animal (typically a cardboard box or a lidded Rubbermaid bin with holes for oxygen).

Driving a captured animal requires total silence in the car — no phone conversations, no podcasts or music — sometimes for hours on end.

“It takes a lot for people to commit to something where they’ll get a call maybe once a month, or maybe every day,” Crandall said. Working with nature has inherent challenges and frustrations. It requires patience and flexibility, not to mention thick skin: Not every case has a happy ending.

One of the organizations WREN works with is the Chattahoochee Nature Center, where Kathryn Dudeck works as wildlife director. Dudeck said that the center fields 400 to 500 phone calls a month, and takes in more than 650 animals for rehab each year.

Those cases range from natural causes, like nestlings blown out of their nests in a hurricane, to injury explicitly at the hands of humans: an owl with buckshot in its wings, a red-tailed hawk hit by a car. “Needless to say, Mother Nature didn’t invent the vehicle or the gun,” Dudeck said. “So, we have a moral obligation to assist.”

David Crawford is the founder of Animal Help Now, a 911-like website and smartphone app that links people to wildlife rehabbers and transporters like WREN. App usage has increased every year since its inception in 2012, he said.

“As we expand and build new roads and build new suburbs, you have a lot more interaction with animals,” he said. Then, he added, there is climate change: more destructive hurricanes will yield more injuries and habitat destruction; prolonged droughts, raging forest fires and searing heat waves will continue to push desperate animals further into human habitats.

“People are going to be interacting with wildlife a lot more than they are right now,” said Crawford. He estimates that by the end of 2019, Animal Help Now will have been used in 40,000 wildlife emergencies across the country.

A week after the first attempt, Rooker was back at Laurel Park. This time, there was a scrum of additional helpers, including Crandall, along with two kayaks. There were, however, no geese.

Just before the group split off to search nearby ponds for the flock, Darcell Patterson, a sneaker-shod woman, intercepted the volunteers. Patterson, 66, has walked around the park every day for the last four years, she said, and brings dried food pellets with her to “establish rapport” with the resident ducks and geese.

She matter-of-factly informed the group that the injured goose is named Gary, and that his leg has been wrapped in that line for a couple of years. Gary, it seems, can survive on his own, and has not yet been ostracized from his avian comrades.

Crandall decided to let Gary be for now, knowing he was under Patterson’s watchful eye. As long as the bird can still fly, walk and eat, Crandall explained, the stress of relocation isn’t justifiable yet.

While it wasn’t the Disney-worthy victory that the volunteers may have had in mind this go-round, it was still a victory by their standards. 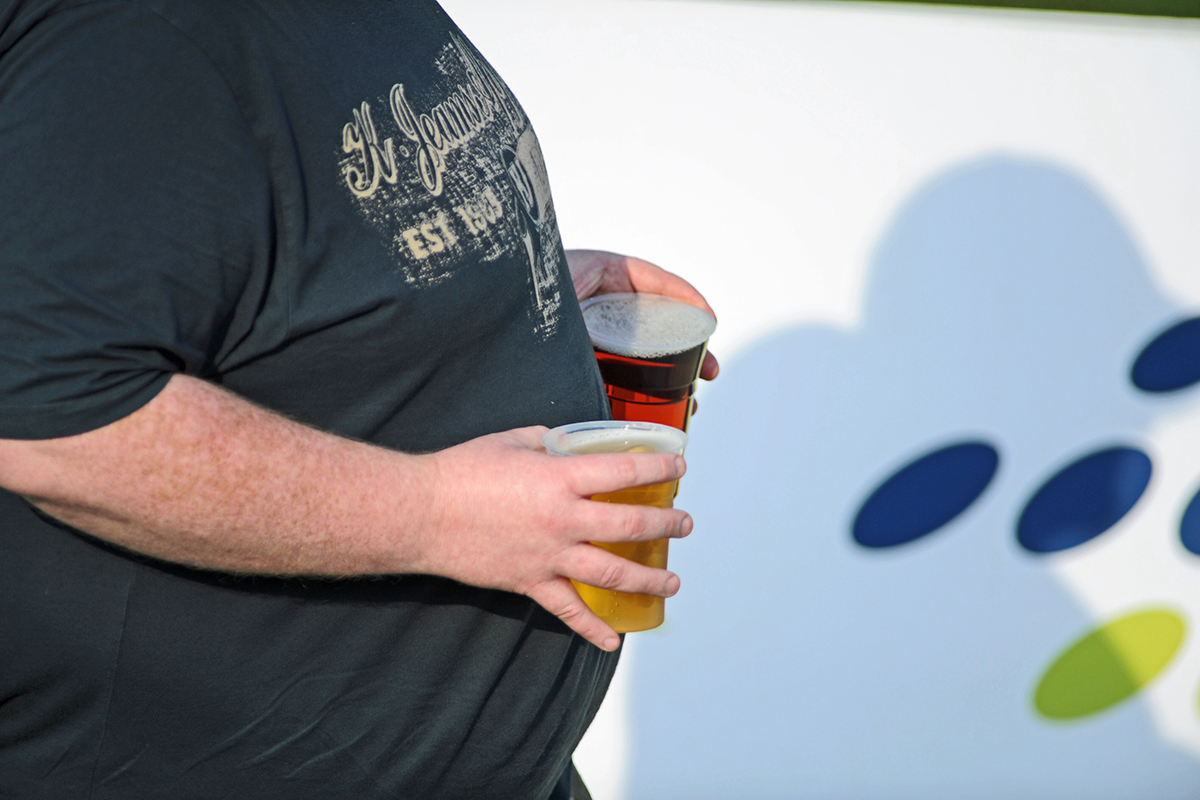 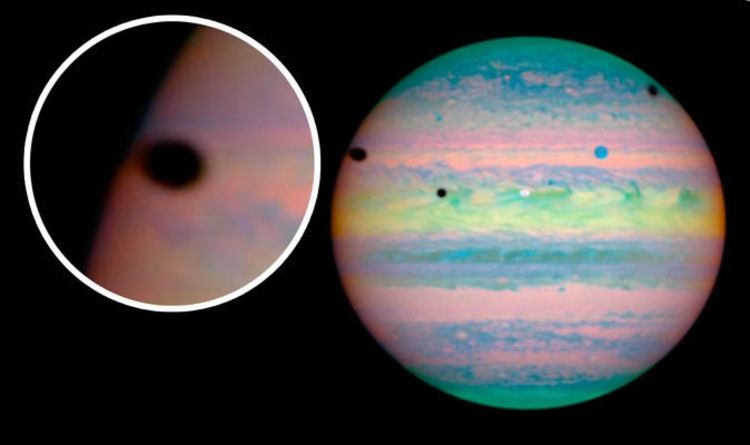 If you watched the event from Jupiter, you would see the three moons pass directly in front of the Sun. Here on […] By Alex Dobuzinskis LOS ANGELES (Reuters) – A winter storm that dumped heavy snow on the U.S. Midwest, stranding some motorists in […] 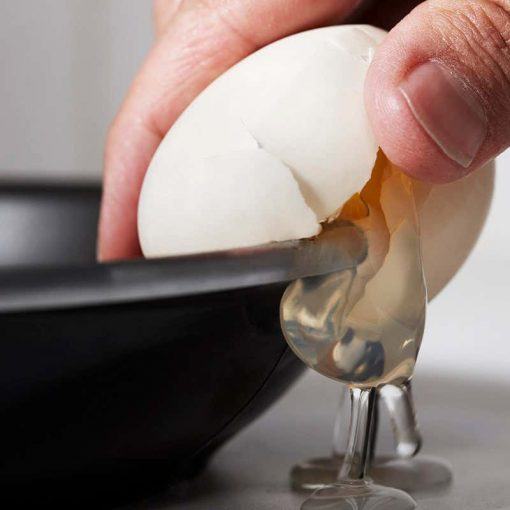