This has been a big year for Disney. In March, the company closed the deal buying out nearly all of 20th Century Fox’s holdings, making it one of the biggest entertainment companies on the planet. In May, “Avengers: Endgame” shattered opening weekend records on its way to becoming the highest grossing film of all time. In July, Disney broke the record for yearly global box-office receipts — with five more months left in the year.

Now a new milestone has passed: The legendary Walt Disney Animation Studios has debuted the first theatrical release sequel to an official Disney princess film in the company’s 82-year history. “Frozen 2” is expected to be another box office win for the company. But in a way, it also feels like the moment Disney princesses abandoned their thrones to wander around with the commoners.

The original “Frozen” was a true Disney phenomenon when it arrived in 2013. Walt Disney had spent decades struggling to adapt Hans Christian Andersen’s “The Snow Queen” before “Snow White and the Seven Dwarfs” even put his company on the map. The finished film turned every Disney convention inside out. Instead of a heroine rescued by a random prince from an evil ruler, ruler and heroine come together, save themselves and overthrow the random jerk prince. Even the hit song, “Let It Go,” was an inversion of what Howard Ashman famously called the “I Want” song, with a celebration of, well, letting go of all that. Grossing $1.2 billion worldwide by the time it left theaters, a sequel was inevitable.

Or was it? Once upon a time, that would not have been the case. When “Snow White” and “Cinderella” first came out during Disney’s “Golden Age,” no theater sequels were considered. When the Disney Renaissance arrived in 1989 with “The Little Mermaid,” sequels were still judged as low-class cash grabs. Though Disney did eventually make follow-up films to some hits (“The Little Mermaid II: Return to the Sea” and “Pocahontas II: Journey to a New World” are real titles), these were cheaply animated, direct-to-video films. Meanwhile, the originals were treated as “classics,” to be locked away in the famed “Disney vault.”

But by the time children around the world were playing the soundtrack to “Frozen” on repeat, sequels were not only acceptable, but practically de rigeur. There had already been eight “Harry Potters,” four “Hunger Games” and three “Dark Knights.” There were three more “Hobbits” on the way to add to three “Lord of the Rings,” “Star Wars” episodes seven through nine were in the making — to add to episodes one through six — and Marvel was eight movies into a saga that currently consists of 23 films across 11 franchises and stands as the model for modern “event films.” Even “Despicable Me” has three movies (with a fourth on the way) and two spinoffs. For Disney’s animation team to hold itself to a different standard of a bygone era made little sense.

In this context, “Frozen 2” is not a bad first attempt. All fairy tale material was used up in the original, so a new story had to be created. The result is a little convoluted; the villain, for instance, doesn’t exist in the present, and the drama hinges on righting generational wrongs. (One could say the same about “Frozen II,” which went to great lengths to avoid the rarely discussed cultural appropriation issues of the original.) But most disappointing is the unconventionality that made “Frozen” originally stand out has disappeared.

That’s not to say “Frozen 2” isn’t an enjoyable film. Visually, it’s a complete stunner, worth seeing on the big screen. It’s a testament to how fantastic Disney Animation Studios is when it fires on all cylinders. But there’s a surprising lack of savvy to it; no clever excuse tucked away in the film’s heart that explains why it was a necessary story to tell. Considering how shrewd other franchises under the Disney umbrella have become in rationalizing endless sequels, this lack of justification for the film’s existence, other than “money,” feels, at the very least, impolitic. Storywise, it’s about average for a mid-tier Disney princess film, no better or worse than say, “Tangled” or “The Princess and the Frog.” But it borders on painfully conventional.

Olaf the Snowman (Josh Gad) spends the entire movie worrying about growing up and sings multiple numbers about how his friends are changing. He’s right, they now fit the traditional Disney molds. Elsa (Idina Menzel) becomes a horse girl, dresses in virginal white and makes friends with fire lizards because they find her little drifts of snow cool. (Drifts of snow sold separately; purple lizard fire hopefully not included.) Anna (Kristen Bell) spends the film working her way to becoming an official queen with crowns and gowns, ready to settle down and rule a kingdom.

Some tropes are blessedly not brought back. For instance, Anna thankfully doesn’t make a second attempt at marrying a random man she just met because he has a “prince” moniker. But even so, Kristoff (Jonathan Groff), her commoner love interest from the first film, spends the entire film attempting to propose to her as a running plot point; his success is part of “Frozen 2’s” “happy ending.” Elsa still has the biggest numbers, but her “Let It Go” follow up, “Into the Unknown,” is a much more traditional Disney “I Want” song.

It is a coincidence of timing that “Frozen 2” arrives 10 days after Disney smashed open its famed vault to raid its coffers for exclusive Disney+ content. Creating a one-and-done fairy tale and then locking it away is no longer the height of exclusivity; it is leaving money on the table. But part of what made Disney princesses special was that they weren’t trotted out in endless sequels. No one ever went to the theater to see Snow White’s next adventure. “Frozen 2” takes the storied “Disney princess” and makes her ordinary, just another franchise face, grubbing for your dollars. Capitalism has finally killed the monarchy after all. 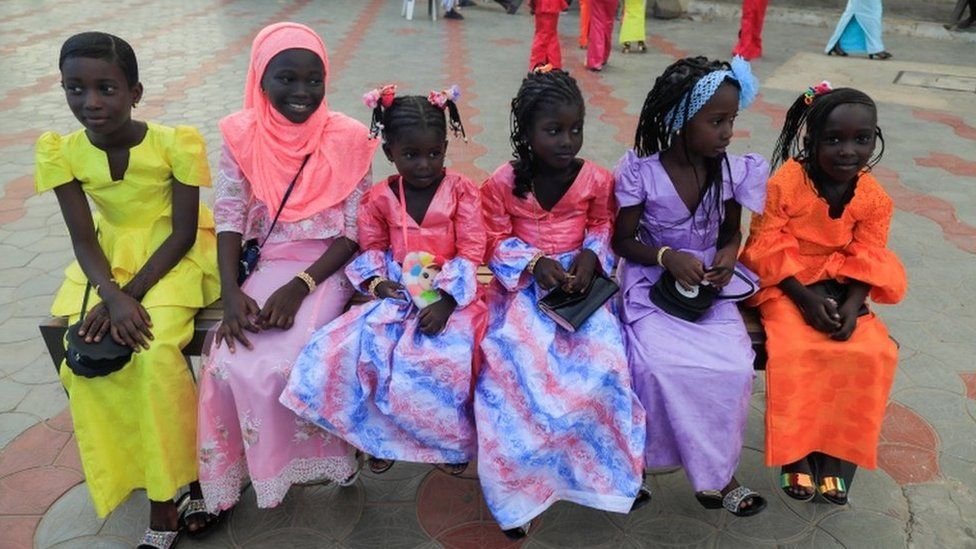 A selection of the week’s best photos from across the continent: Kenyan fashion-lover James Maina Mwangi, who once told the BBC he […] 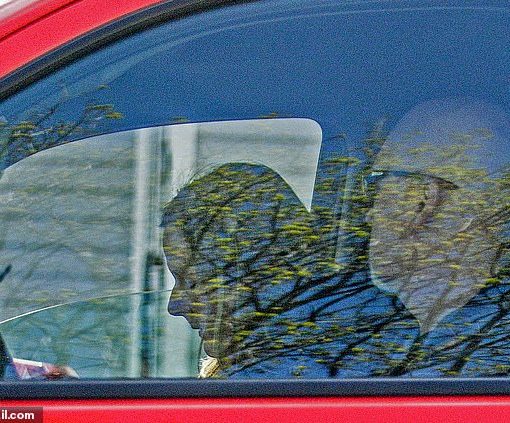 The Minnesota cop who ‘accidentally’ shot Daunte Wright was seen for the first time since she was released from jail on $100,000 […] 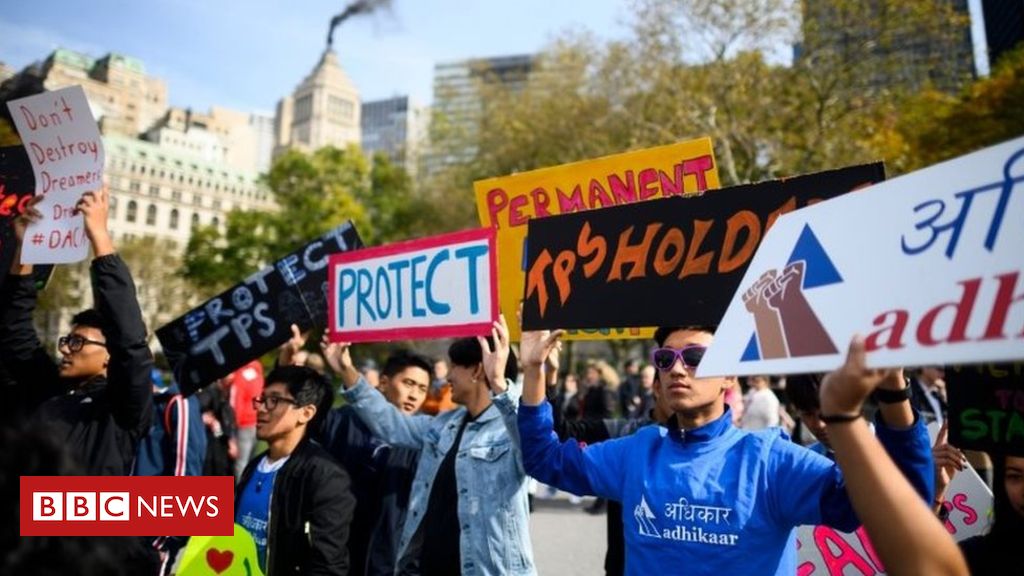 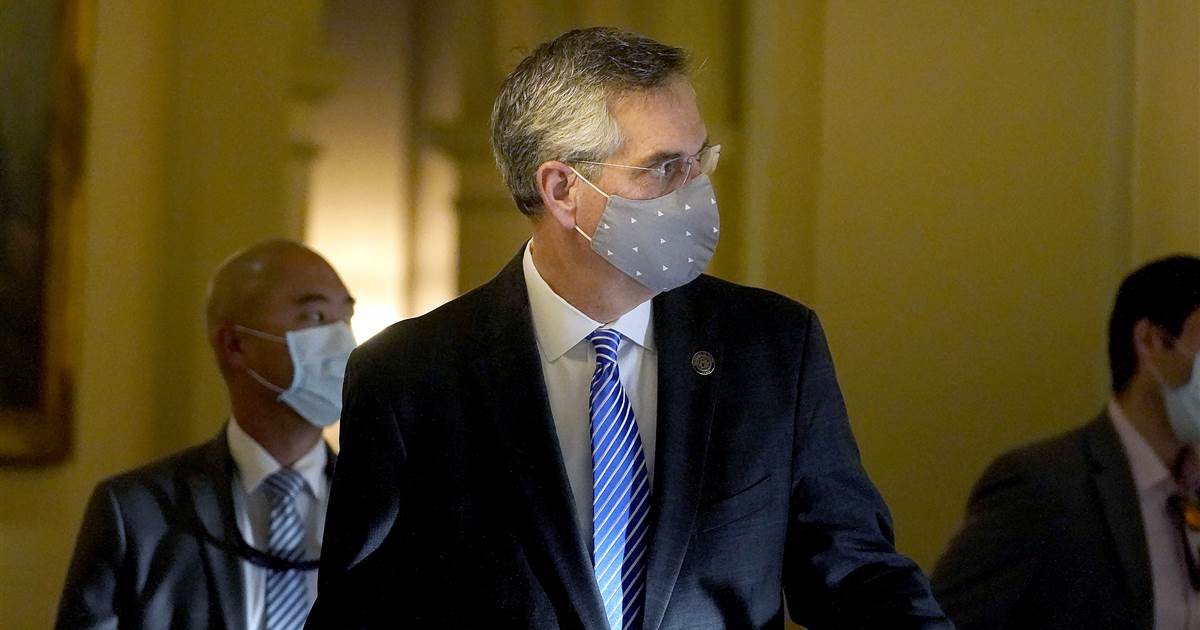 Georgia announced Friday that it will certify the results of the 2020 general election, following a hand recount of nearly 5 million […]