Amazon Fire TV is a very interesting proposition – it’s a top-of-the-line Fire TV video streaming system that brings services like Netflix, BBC iPlayer, Prime Video and Apple TV+ to your Smart TV, but it’s also an Echo Dot, with all the usual functionality you’d find in the Alexa-powered smart speaker.

For some people, this is absolutely perfect.

If you’re looking to bring a bevy of apps and games to your TV, and don’t already have an Amazon Echo, or an Echo Dot in your living – this is a perfect way to kill two birds with one cube-shaped stone.

However, if you’ve already got a Fire TV Stick plugged into the back of your TV, or own an Echo Dot, or would prefer to have a Google Home speaker in your lounge because that works better with your connected home devices… you’re probably better off buying the individual component of the Fire TV Cube that you’re missing, either Fire TV Stick 4K streaming stick for £49.99, or Amazon Echo Dot for £49.99.

Of course, there is one reason that you might still opt for the Fire TV Cube. That’s because it’s comfortably the most powerful, fastest, and feature-rich streaming set-top box on offer from Amazon, powered by a hexa-core processor (compared to quad-core on the other Fire TV streaming gadgets) coupled with 2GB of RAM (compared to 1.5GB in the Fire TV 4K and 1GB in the Fire TV Stick).

And you can feel it the instant you switch it on.

Alternatives To The Fire TV Cube…

The Fire TV Cube can be used to control every aspect of your smart home – it’s not just a way to stream Netflix in your living room (Image: AMAZON)

Navigating around Fire TV OS on the Cube is an absolute joy. For our money, Amazon’s set-top box user interface is still one of the prettiest out there with stunning artwork that fills the screen and switches to a trailer if you’re hovering on a tile for a particular show or movie for longer than a few beats. None of this causes the Fire TV Cube to stutter or pause – to matter how quickly you’re speeding through the UI.

Just like the pricier Apple TV boxes, Amazon offers quick access to shows and movies that you were recently watching – even if they’re not available on its own Prime Video service.

So, you’ll be able to jump back into the latest episode of Unbreakable Kimmy Schmidt by tapping the tile that greets you on the main page next time you collapse on the sofa and wake-up the Fire TV Cube. You’re also able to curate your own Watchlist of shows and films that have caught your eye that you’d like to get around to watching at some point. These can be from a variety of services, including Netflix, BBC iPlayer, ITV Hub, Amazon’s rental store, or its Prime Video subscription service, to name just a few.

One of our favourite features in Fire TV OS is the ability to see a summary of all the actors in any given scene, the director of the episode or film, as well as the music playing in the background – or used in the soundtrack, by tapping a single button. Viewers can then play the song in its entirety, or click to see more from any of actors or the director.

Unfortunately, it’s only available in select shows and films from Amazon. So you won’t be able to check the soundtrack at the touch of a button if you’re watching something inside the Netflix app, but shows on other services will be suggested while checking a directors filmography, for example.

Hopefully, other supported video on-demand services will adopt the technology in future, so there is a more cohesive experience between different Fire TV OS apps.

So, nifty Fire TV OS tricks and gorgeous artwork aside, what is it like to actually watch something on the Cube? Well, pretty damn good as it turns out.

The cuboid design of the set-top box could cut into the picture on-screen if your HD TV has particularly tiny bezels (Image: AMAZON)

Amazon’s second-generation Fire TV Cube supports 4K Ultra HD up to 60 frames-per-second. It also boasts Dolby Vision, Dolby Atmos – the HDR standard that provides deeper blacks and more vibrant colours, and the (other) industry standard, HDR10+. Movies and TV shows that support the latest technologies look absolutely stunning on the Fire TV Cube. If you’ve been using the built-in app included with your Smart TV for any of these video services, you’ll be surprised by how phenomenal they can actually look on a top-of-the-line streaming box.

All that means you’re future-proofed with the Fire TV Cube, so it should continue to provide the best possible viewing experience as more and more services add support for Dolby Vision and upgrade their shows to 4K Ultra. Aside from a move to an 8K television, the cuboid set-top box from Amazon should be able to comfortably keep pace when you upgrade your TV in the next few years, too.

Finally, the extra grunt found inside the Fire TV Cube compared with the other Fire TV products in Amazon’s portfolio also means it can process your voice commands on-device. That means your commands to chatty AI assistant Alexa will be processed inside the Cube itself – there’s no need to wait for your broadband to beam it to servers in the United States before you get your answer.

And it’s when using these voice commands that the Fire TV Cube really starts to shine.

Sure, Amazon has sold its Fire TV products with an Alexa Voice Control remote that lets you press and hold on a button to search for shows and actors to save yourself from the teeth-grinding frustration of slowing typing-out Arnold Schwarzenegger on the on-screen keyboard using the small directional pad. But the Fire TV Cube offers hands-free voice control for the first time. And it’s transformative.

Fire TV Cube comes with a remote control (something you won’t get with the Chromecast) and an IR extender so you can hide away the box (Image: AMAZON)

With the Fire TV Cube, you can say “Alexa, pause” to put the brakes on whatever you’re watching without tearing apart the sofa to find the remote.

At launch, this works for all content from Amazon, as well as Netflix, YouTube and My5 with ITV Hub, All 4 and Hayu to follow in the coming months. Unfortunately, there’s no word from Auntie about when you’ll be able to control BBC iPlayer shows without clicking the remote like its still the 90s.

As you’d expect you can do all of the usual searches around actors, directors and genres. But since Alexa is aware of what is being displayed on the screen, you can also use your voice to ask to “show me more” after a search, select a certain show, add to your Watchlist, or “play episode three”, for example.

And these incredibly handy voice controls don’t just apply to the shows and movies on your TV, but to your TV itself.

Fie TV Cube lets you use Alexa to switch between HDMI connections, mute the audio, switch to a channel from your Sky TV box, PlayStation or any other devices plugged into the set. We connected the Fire TV Cube to a TV with a Sonos Beam attached and pairing everything up was easily the most seamless set-up process we’ve ever encountered with a TV product. Like, Apple AirPods-levels of slickness.

The Fire TV Cube asks what brand of sound-bar you’re using, then plays a little tune. On-screen, the Cube asks if you could hear the audio playing. If you reply “Yes,” the audio cuts-off and you’re again asked to confirm that it’s now stopped. And that’s it. Two chimes and you can now use Alexa to control the volume and mute all audio from your sound-bar.

As well as all this, Alexa on the Fire TV Cube can do all the usual stuff you’re used to, including controlling any smart lighting you’ve got around the house, ordering taxis and take-aways, and answering any queries you’ve got about the latest headlines or weather updates. You can also request music from your Amazon Music, Apple Music, or Spotify library. Local and national radio stations over TuneIn are also supported.

If you’re looking for the most complete Fire TV experience available right now, the Fire TV Cube is it. The hands-free control is brilliant and asking your AI assistant to switch between HDMI connections, control the volume, and dimming your smart lightning before settling in for a movie night feels truly futuristic.

But at £109.99, the latest and greatest from Amazon certainly doesn’t come cheap. Those who already have an Alexa device in the living room and are simply looking for a way to watch Ultra HD shows on their shiny new flatscreen might be better suited to the Amazon Fire TV Stick 4K (£49.99) which is sure to get a Black Friday discount in the coming weeks. If you’re a little self-conscious about barking “Alexa, play Fifty Shades Of Grey” from the comfort of the sofa, you might want to opt for the more traditional remote-based options, too.

But for those who are interested in getting an Echo Dot or similarly-sized Alexa gadget as well as a powerful set-top box to stream content in Ultra HD with Dolby Vision and Atmos support, Amazon has built you the perfect device. This might not be the biggest group of people (that’s what the entry-level 1080p-only Fire TV Stick with £39.99 price tag is for) but for those who fit the above criteria – there’s no better solution than the Amazon Fire TV Cube.

Now, if you’ll excuse us… we’re going to finish our box set. “Alexa, play The Boys and turn the volume up to 11” 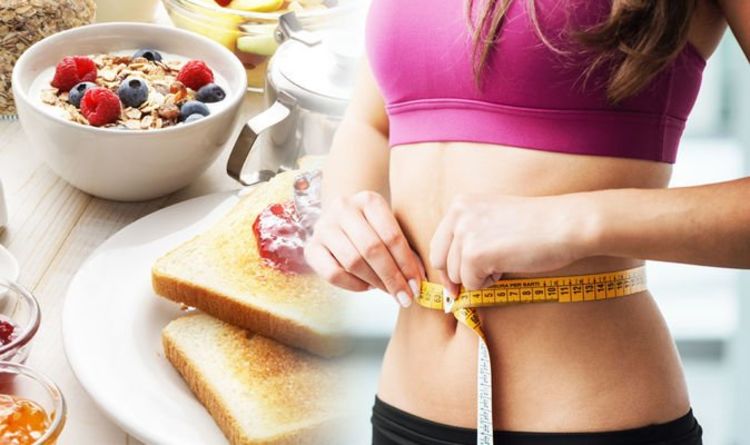 They say breakfast is the most important meal of the day, but when it comes to losing weight it can be the […] 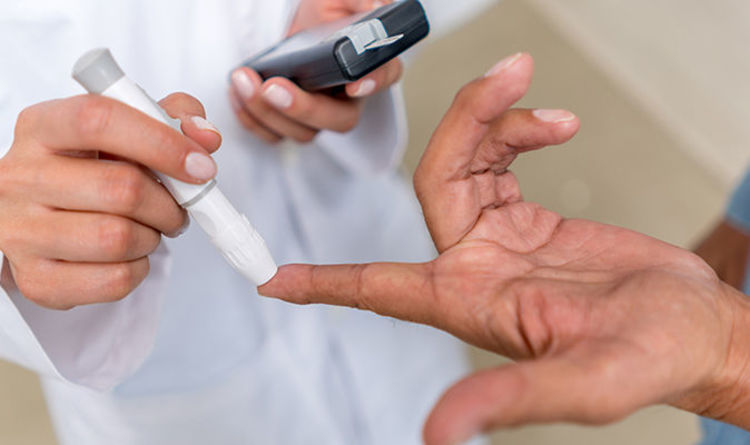 Diabetes is caused by the pancreas not producing enough insulin, or the body’s cells not reacting to insulin, according to the NHS. […] 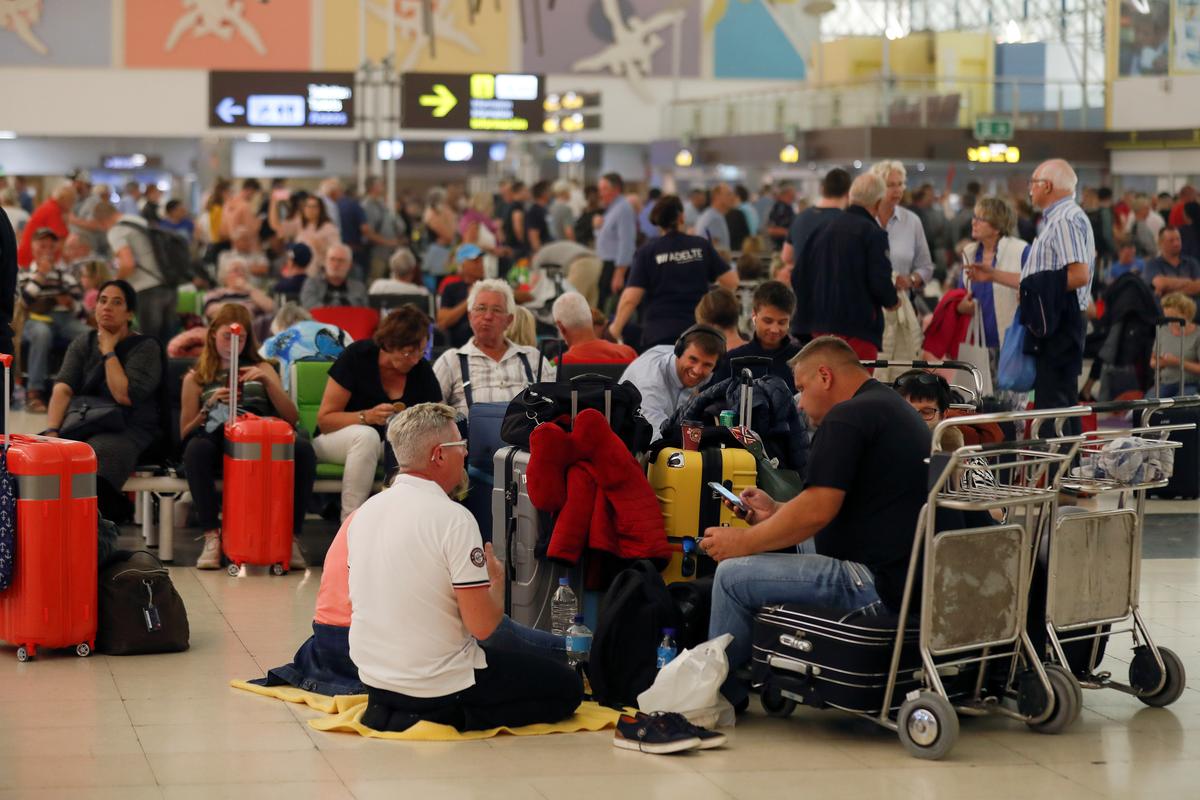 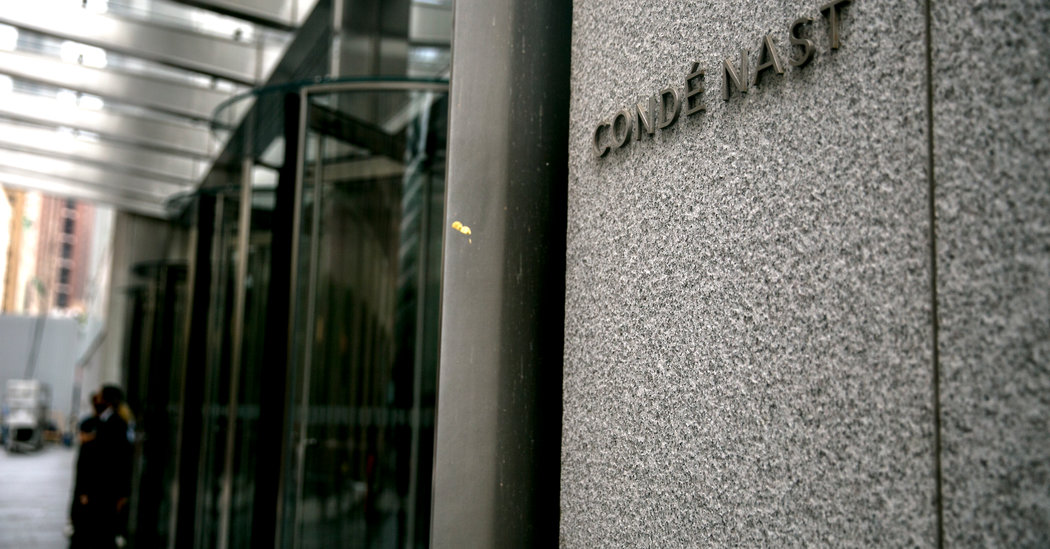 Condé Nast named Amanda Shapiro as the acting deputy director of Bon Appétit on Tuesday, after the swift fall of the magazine’s […]