Midfielder Rodri hobbled out of City’s Champions League clash with Atalanta on Tuesday with a hamstring problem and will be out for the next few weeks. Left-back Zinchenko has undergone minor surgery on a knee problem and could be sidelined for up to six weeks.

Asked about Zinchenko at a press conference to preview Saturday’s Premier League clash with Aston Villa, Guardiola said: “He had a contact with a knee, felt something in the bone and has to stop. He had something to clean up the knee. It was not a big issue.” He added the Ukraine international would be out for “five or six weeks”.

On Rodri he said: “They told me after the [November] international break maybe he will be ready again.” Rodri had started in defence against Atalanta despite specialist centre-back John Stones being available again.

Guardiola, however, did not feel Stones was match-fit: “It’s not about the first choice, it’s about being fit. He has had many injuries. That’s why he couldn’t play.” 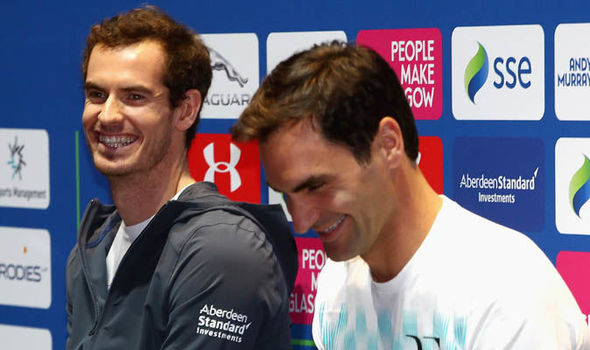 Federer and Murray locked horns last week at Andy Murray Live ahead of this week’s ATP World Tour Finals in London. It […]

A good video editor could really mess with Aston Villa’s minds after Sunday’s Carabao Cup final. On one hand they could show […]