Russian troops have expanded their presence across north-eastern Syria, the result of an agreement between Ankara and Moscow that should end Turkey’s attack on Kurdish-led forces at the price of ending the Kurds’ dreams of local autonomy.

Syrian and Russian media showed footage of Russian military police vehicles on the outskirts of the important towns of Manbij and Kobane on Wednesday, one day after the Turkish president, Recep Tayyip Erdoğan, met Vladimir Putin in Sochi.

A statement carried on Russia’s Interfax agency said Russian patrols had already begun inside Manbij, a town that until two weeks ago was a key US base in the region.

The deal was hailed as a “big success” by Donald Trump, although his critics say it cements Russia’s role as prime power broker in the Middle East after the US president’s announcement that American special forces would withdraw from the area.

Who is in control in north-eastern Syria?

Until Turkey launched its offensive there on 9 October, the region was controlled by the Syrian Democratic Forces (SDF), which comprises militia groups representing a range of ethnicities, though its backbone is Kurdish.

Since the Turkish incursion, the SDF has lost much of its territory and appears to be losing its grip on key cities. On 13 October, Kurdish leaders agreed to allow Syrian regime forces to enter some cities to protect them from being captured by Turkey and its allies. The deal effectively hands over control of huge swathes of the region to Damascus.

That leaves north-eastern Syria divided between Syrian regime forces, Syrian opposition militia and their Turkish allies, and areas still held by the SDF – for now.

On 17 October Turkish president, Recep Tayyip Erdoğan, agreed with US vice-president Mike Pence, to suspend Ankara’s operation for  five days in order to allow Kurdish troops to withdraw. The following week, on 22 October, Erdoğan and his Russian counterpart, Vladimir Putin agreed on the parameters of the proposed Turkish “safe zone” in Syria.

How did the SDF come to control the region?

Before the SDF was formed in 2015, the Kurds had created their own militias who mobilised during the Syrian civil war to defend Kurdish cities and villages and carve out what they hoped would eventually at least become a semi-autonomous province.

In late 2014, the Kurds were struggling to fend off an Islamic State siege of Kobane, a major city under their control. With US support, including arms and airstrikes, the Kurds managed to beat back Isis and went on to win a string of victories against the radical militant group. Along the way the fighters absorbed non-Kurdish groups, changed their name to the SDF and grew to include 60,000 soldiers.

Why does Turkey oppose the Kurds?

For years, Turkey has watched the growing ties between the US and SDF with alarm. Significant numbers of the Kurds in the SDF were also members of the People’s Protection Units (YPG), an offshoot of the Kurdistan Workers’ party (PKK) that has fought an insurgency against the Turkish state for more than 35 years in which as many as 40,000 people have died. The PKK initially called for independence and now demands greater autonomy for Kurds inside Turkey.

Turkey claims the PKK has continued to wage war on the Turkish state, even as it has assisted in the fight against Isis. The PKK is listed as a terrorist group by Turkey, the US, the UK, Nato and others and this has proved awkward for the US and its allies, who have chosen to downplay the SDF’s links to the PKK, preferring to focus on their shared objective of defeating Isis.

What are Turkey’s objectives on its southern border?

Turkey aims firstly to push the SDF away from its border, creating a 20-mile (32km) buffer zone that would have been jointly patrolled by Turkish and US troops until Trump’s recent announcement that American soldiers would withdraw from the region.

Erdoğan has also said he would seek to relocate more than 1 million Syrian refugees in this “safe zone”, both removing them from his country (where their presence has started to create a backlash) and complicating the demographic mix in what he fears could become an autonomous Kurdish state on his border.

How would a Turkish incursion impact on Isis?

Nearly 11,000 Isis fighters, including almost 2,000 foreigners, and tens of thousands of their wives and children, are being held in detention camps and hastily fortified prisons across north-eastern Syria.

SDF leaders have warned they cannot guarantee the security of these prisoners if they are forced to redeploy their forces to the frontlines of a war against Turkey. They also fear Isis could use the chaos of war to mount attacks to free their fighters or reclaim territory.

On 11 October, it was reported that at least five detained Isis fighters had escaped a prison in the region. Two days later, 750 foreign women affiliated to Isis and their children managed to break out of a secure annex in the Ain Issa camp for displaced people, according to SDF officials.

It is unclear which detention sites the SDF still controls and the status of the prisoners inside.

The US president was planning to make a fresh statement on the issue on Wednesday morning. In an earlier tweet he claimed the Kurds were safe and Isis prisoners secured.

Big success on the Turkey/Syria Border. Safe Zone created! Ceasefire has held and combat missions have ended. Kurds are safe and have worked very nicely with us. Captured ISIS prisoners secured. I will be making a statement at 11:00 A.M. from the White House. Thank you!

Turkish troops, allied Syrian rebel proxies, the Kurdish-led Syrian Democratic Forces (SDF) and soldiers belonging to the Syrian president, Bashar al-Assad, are now all present in the border zone, with Russia the only negotiating force between them.

The talks on Tuesday between Erdoğan and the Russian president defined the contours of Turkey’s long-proposed border “safe zone”: Turkish troops in the area seized since the offensive began on 9 October will remain in situ, and Russian soldiers and the Syrian army will control the rest of the frontier.

Moscow and Damascus will supervise the removal of Kurdish fighters and weaponry to the depth of 18 miles (29km) from their current positions on the border before 26 October, after which joint Russian-Turkish patrols will begin across the entire border area to a depth of six miles, with the exception of the de facto Kurdish capital, Qamishli.

On Wednesday, the Russian ministry of defence published a map showing 15 planned border observation posts that will be manned by the Syrian regime.

The deal in effect redraws the map of northern Syria and ends five years of semi-autonomy carved out by the local Kurdish administration and its military forces, after Kurdish officials reached an agreement with Assad, their former enemy, for military reinforcements to fend off the Turkish attack.

However, the fate of local military councils set up by the SDF in border towns previously under their control and what happens to the SDF’s non-Kurdish units remains unclear. The SDF and Kurdish politicians are yet to comment on the Sochi deal.

It is believed they will retain control of the approximately 90,000 men, women and children with links to Islamic State being held in Kurdish-run prisons and detention camps.

Turkish officials including Erdoğan threatened on Wednesday that Ankara would resume the offensive if neither Russia nor the US guaranteed the total withdrawal of Kurdish fighters from the border region.

Erdoğan asked Putin what would happen if the People’s Protection Units (YPG), the largest and most important unit within the SDF, put on Syrian army uniforms in order to stay in the border area, according to Hürriyet newspaper.

Ankara says the YPG is indistinguishable from the outlawed Kurdistan Workers’ party (PKK), which has waged an insurgency against the Turkish state for decades. Erdoğan said Putin responded by saying he would not let that happen.

The border towns of Ras al-Ayn and Tel Abyad, which have experienced fierce fighting, remained quiet on Wednesday, one day after a separate, poorly observed US-brokered ceasefire expired.

Erdoğan is scheduled to visit the White House next month.

The deal was greeted more cautiously by the Nato secretary general, Jens Stoltenberg, who said the need for a political solution in north-east Syria would be discussed by defence ministers in Brussels on Thursday.

At least 120 Syrians have died and 176,000 people have fled their homes over the last two weeks of violence, with 20 Turkish civilian deaths on the other side of the border. 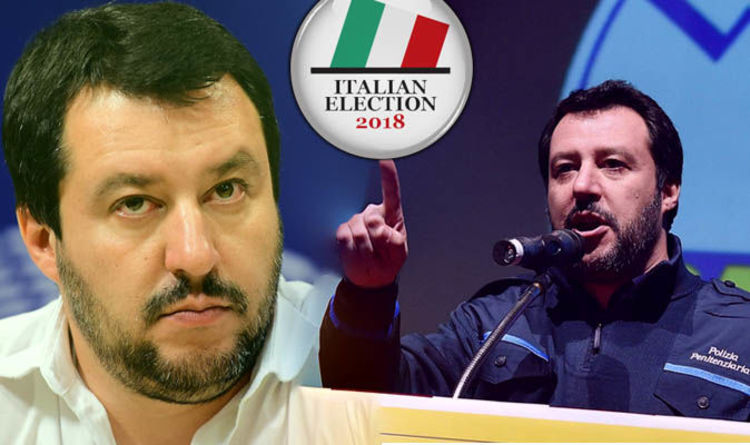 Mr Salvini, 45, is a key member of the centre-right wing coalition led by Silvio Berlusconi and the leader of the heavily […]

LONDON, Sept 6 (Reuters) – Britain will not blink in Brexit trade negotiations with the European Union and is not scared of […] 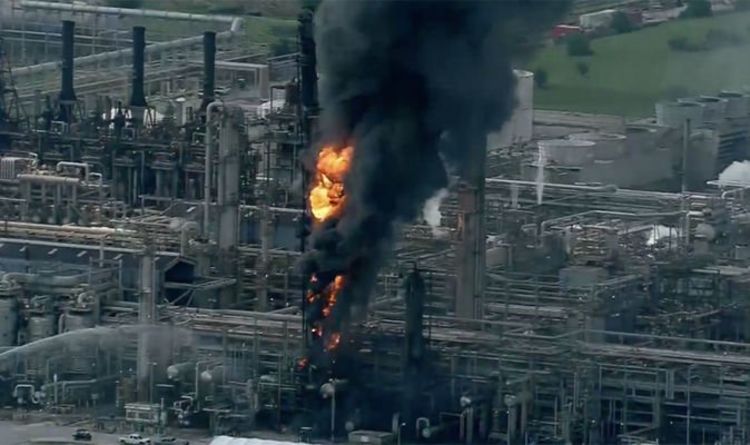 Fire fighters are on the scene at the ExxonMobil oil refinery, which has burst into flames sending plumes of smoke into the […]