Whatever the future holds, Matty Longstaff will never forget the sudden, almost elemental, assault on his senses. He met the ball, his brother screamed “hit it”, David de Gea was beaten from distance and the 19-year-old knew life would never be quite the same again.

“I can just remember the loudest roar I’ve ever heard in the Gallowgate,” he says, his smile as wide as the Tyne. “It was all a bit surreal.”

As a schoolboy growing up by the mouth of the river in North Shields, he was obsessed with Newcastle United but never dared imagine that, this month, he would make his Premier League debut against Manchester United playing alongside his 21-year-old sibling, Sean, in central midfield. The idea that he might score the winning goal for Steve Bruce’s previously struggling team in a 1-0 win at St James’ Park belonged strictly to the realms of fantasy.

“When you get back to the halfway line and you hear the crowd singing your name it’s mental,” says Matty. “As a young lad it’s what you’ve always wanted. But when it actually happened it was indescribable. It still feels weird getting [congratulatory] texts from my mates.”

After the game he said thank you to Bruce. Manners matter to the Longstaffs’ parents, David – a former Great Britain ice hockey player – and Michelle but if such politeness reflected his upbringing it was also sincere.

“It was only right,” says Matty, who earns around £850 a week but seems set for a significantly enhanced contract. “I can’t thank him enough. It was a brave move putting me in and backing a kid. He’d been getting a lot of stick; a lot of managers under pressure at such a big club in such an important game would have gone for experience.”

With his bonfire-bright ginger hair and adhesive first touch, Matty has, inevitably, been likened to Paul Scholes while Sean’s elegant, straight-backed passing style meant he was hyped as the new Michael Carrick when he broke into Rafael Benítez’s side last season.

Flattered as the siblings are, there is arguably a better comparison. Considering their younger sister, 15-year-old Milly, is an outstanding netballer, the Longstaffs may just be Tyneside’s answer to the Neville family.

The boys are talking in a decoratively tired backroom at Newcastle’s training ground but their enthusiasm and sheer niceness refreshes it in a way two coats of fresh paint could not rival.

Their mother has said the pair “really love each other” and they look slightly startled at being asked whether her words damaged their street cred.

“We genuinely do love each other,” says Sean, firmly. “We’ll always be there for each other, always keep each other pretty level. There’s not loads of people you can trust, so to have your brother out there alongside you, knowing he’s got your back, is special.

“We used to fight a lot and my mam once had to ask Newcastle’s coaches to have a word and tell us to behave but we got it out of the way at a young age. We realised we had to help each other.”

“When he was 10 or 11 Newcastle turned him away,” says Sean. “I’ve seen him crying about it. He said: ‘No one will ever do that to me again.’ From then on he’s worked so hard. It’s why I got a bit emotional when he scored. I filled up and thought: ‘I can’t start crying.’ The emotion was crazy. It was just pure happiness. It was even better than when I scored my first goal, just because of the occasion and knowing what he’d been through.”

Visceral as the emotions surrounding it remain, Newcastle’s initial rejection was possibly the making of Matty. “It really pissed me off,” he says. “But it fired me up.”

Back at North Shields Juniors, Sunderland tried to sign him several times but he refused to countenance the notion and Middlesbrough received similarly short shrift: “I said: ‘Stop asking, there’s only one club for me.’ Fortunately I got back to Newcastle.”

With Michelle dedicating almost every evening to driving her children to football, netball or cricket practice and spending weekends cheering them on from frequently windswept touchlines, sport shaped their lives. “We were brought up quite strictly,” says Matty who, like Sean, is also a fine cricketer. “We had jokes and everything but our parents disciplined us.”

After a year in Stockholm, where their father played for Djurgården, the family debated emigrating to Canada. It was a sliding doors moment but England’s north-east coast ultimately won the argument, leaving Longstaff Sr on course for his current role as player-coach at Whitley Warriors.

Before kick-off against Manchester United I looked at Matty and thought, to have two brothers from North Shields starting alongside each other, felt pretty crazy

Whereas the 45-year-old is a veteran, his sons’ on-pitch synchronicity belies their novice status. “Playing alongside my brother makes it a lot easier,” says Matty. “He’s so composed.”

Sean shakes his head. “I couldn’t have done what he’s done at 19. We were in a tough situation and Matty’s controlled the tempo of a Premier League game on his debut.”

If the Longstaffs have made North Shields famous for more than its fish quay, Georgian houses and international ferry terminus, their stabilising presence seems imperative at Chelsea on Saturday. “This season’s been turbulent,” says Sean. “Now it’s about the dressing room sticking together. As long as we’re all fighting for each other we’ll be all right.”

He is more worried about Milly’s adolescence in a small town where everybody recognises her celebrity siblings and heads turn when they take their regular place in the crowd at non-league North Shields. “It can be hard for her at school when everyone’s talking about us; we try to make sure she doesn’t read too much social media. That’s the not so great side of it. We can’t thank her enough for the sacrifices she’s made for us.”

Shola Ameobi, who played alongside his brother Sammy at St James’, offers informed advice and a challenge has been set by George and Ted Robledo, Chilean siblings who helped Newcastle to 1952 FA Cup final glory against Arsenal with George scoring the only goal.

Reprising that feat is for the future though; right now the Longstaffs are content to hold their own in a changing room staffed with players from a dozen countries including Argentina, Brazil, Ghana and Paraguay.

“The Premier League’s so worldwide,” says Sean. “Before kick-off against Manchester United I looked across at Matty and thought that to have two brothers from North Shields starting alongside each other felt pretty crazy. A year ago we’d have laughed at the idea.”

Ozil has entered the final 12 months of his contract and can from January sign a pre-contract agreement with another club. Arsenal […] 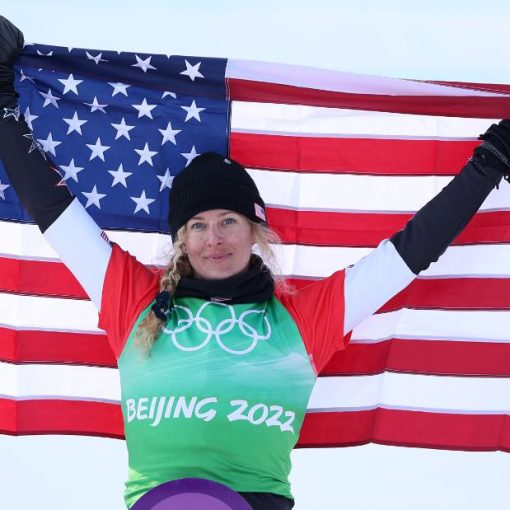 After near misses at previous Games, the 36-year-old finally topped the podium at her fifth Winter Olympics. “This feels incredible because this […]

During the days when Mauricio Pochettino was still feeling his way into the English language, he saw the chance to pull out […] 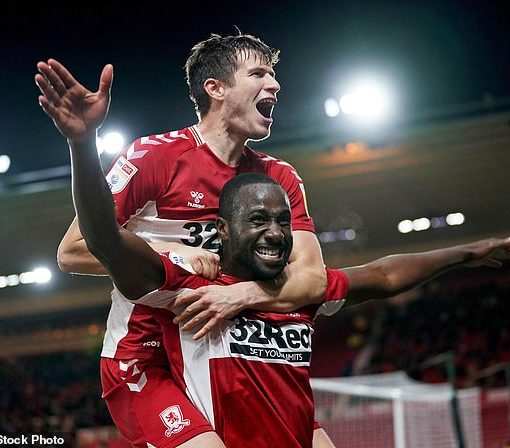 When Sol Bamba lay in bed for four days straight, his body shattered by a first round of chemotherapy and his mind momentarily […]