The move means forces loyal to Bashar al-Assad are effectively in control of the Kurdish region for the first time in years. Russia, which militarily supports the al-Assad regime, is said to have played a major role in brokering the agreement.

It followed Donald Trump’s announcement that US forces would leave the country.

Trump’s decision to withdraw around 1,000 US troops was described as a “stab in the back” by the SDF.

However, Turkey, which has its own restive Kurdish population in the south-east, is keen to prevent any independent Kurdish enclave emerging.

The Kurdish administration in northern Syria said Syrian troops had been invited in to counter “this aggression and liberate the areas that the Turkish army and mercenaries have entered”.

Over the weekend nearly 1,000 imprisoned ISIS suspects, predominantly the family members of fighters, managed to escape from a Kurdish controlled prison.

The group escaped from the Ain Issa camp, where several British ISIS recruits were being held.

SDF members, formerly a US ally, pose with an American flag (Image: GETTY)

There had been concerns Kurdish forces would struggle to hold ISIS prisoners whilst fighting off a Turkish invasion.

Speaking to Foreign Policy magazine SDF commander Mazloum Abdi said there would have to be “painful compromises” with the Syrian regime and its Russian allies.

He added: “We do not trust their promises.

“To be honest, it is hard to know whom to trust.

Turkey defies Trump as Erdogan goes on war path ‘We will not stop!’

Troops from the SDF played a key role in pushing back ISIS (Image: GETTY)

Smoke rises over a Kurdish town after a Turkish attack (Image: GETTY)

“If we have to choose between compromises and the genocide of our people, we will surely choose life for our people.”

There are concerns pro-Assad forces will carry out reprisals against opposition activists in the Kurdish areas they now control.

Tens of thousands have been executed or imprisoned in other parts of Syria that the Government was able to recapture.

“When the regime takes control of Kurdish areas there will almost certainly be a new round of activists being hunted down, imprisoned and tortured.”

President Trump has come under sharp criticism over his decision to withdraw US forces, including from within the Republican Party.

Usually, loyal conservative Senator Lindsey Graham tweeted: “We are witnessing ethnic cleansing in Syria by Turkey, the destruction of a reliable ally in the Kurds and the reemergence of ISIS.”

However, Trump defended his decision on Sunday, claiming he was moving US forces out of harm’s way.

He commented: “Very smart not to be involved in the intense fighting along the Turkish border, for a change.

“Those that mistakenly got us into the Middle East wars are still pushing to fight.

She tweeted: “The actions of Donald Trump enabling his friend President Erdogan have given ISIS a new lease of life and Assad’s regime more territory.

“How is that in the interests of the US?

“Meanwhile Britain says little and does nothing.” 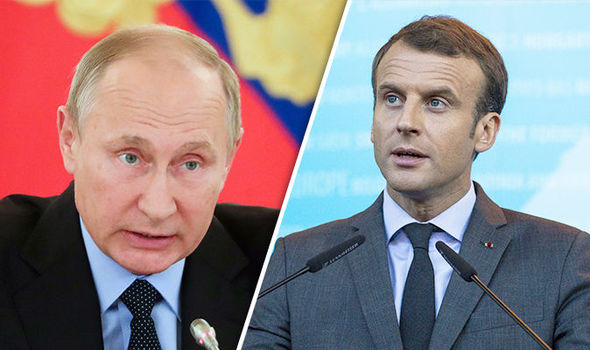 Mr Macron addressed the European Court of Human Rights for the first time on Tuesday. During the speech, he promoted “European values” […]

The U.S. Labor Department on Monday said trade economist and former union official Thea Lee has been named to lead the agency’s […]