Eddie Jones is playing the role of straight man this tournament, for now. Just as his players resisted any temptation to ad-lib in their opening two matches against Tonga and the United States, and again when Argentina had a player sent off with more than an hour remaining, so England’s head coach, unusually for him, has armed himself with a stiffened upper lip which repeated cajoling has been unable to loosen.

Jones has plotted a steadily upward graph since England arrived in Japan, reflecting the fixture list in their group, starting with the lowest‑ranked team, Tonga, and working up to the highest, France. He would have hoped for a sterner defensive test from Argentina, but once the Pumas’ second-row Tomás Lavanini saw red for a high, dangerous tackle on Owen Farrell, the air went out of them and the promised war did not get beyond a few skirmishes as the 2003 winners, eliminated at this stage four years ago, became the first team to qualify for the quarter-finals.

“Don’t care, mate,” responded Jones when asked if other contenders would now be paying more attention to England. Was Farrell, the victim of a dangerous tackle against the United States which prompted a red card, being targeted? “No.” What was his take on the spate of red cards and citings since World Rugby’s criticism of lenient officiating in the opening round? “I have zero interest in talking about it. Any issues should be discussed after the tournament.”

It is so different to the Jones of 16 years ago when, in charge of the hosts, Australia, he never missed an opportunity to antagonise rivals, not least England and their head coach, Clive Woodward. Part of Jones’s reasoning was that he wanted to generate headlines in a country where rugby union struggled for media exposure and he was not going to achieve that by droning on about the nuances of front-row play.

Here, surrounded by a far larger, hungrier media pack, there is not a scrap of meat on the bones he throws out. A feature of England’s three previous World Cup campaigns was an undermining lack of discipline on and off the field, even though England recovered in 2007 to reach the final. This time the squad has been as tight as Jones’s mouth, no antics, no social media rankings and no leaking of a team before the official announcement.

On the field, England are just as steady and unspectacular, sticking to their patterns and refusing to be distracted, although Lavanini’s dismissal did, for some minutes, ruffle their equilibrium, as if having to recalibrate following something unexpected.

And then it was back to basics, earning the right to go wide by making the hard metres, a procession of hard-running forwards (with no let-up when Billy Vunipola left the fray), and Manu Tuilagi, getting over the gainline for Tom Curry and Sam Underhill to ensure quick release for the playmakers George Ford and Farrell to manoeuvre a pacy and elusive back three.

The contrast with which England and, on Sunday, France played against Tonga was stark. England gave the Islanders nothing in wearing them down but, in looking to be expansive, the French produced some stunning moves but also gave their opponents sustenance by making mistakes in possession. Les Bleus oscillate between high and low, unable to sustain pressure, while Jones’s men stay on a straight line.

The return of Jack Nowell and Mako Vunipola, who both came off the bench in the second half, increases Jones’s options and Henry Slade had his second outing as a replacement. England in the past have been easy to pigeonhole, but they have tactical variety now and in the latter stages Jones will be able to use that to leave opponents guessing at the formation he will field.

A question asked here, but not put directly to Jones, was whether defeat to France, with its likelihood of providing a path to the final that will very probably be different to New Zealand’s, would not amount to much of a setback, although no team has won a World Cup having lost a group match. Australia were only too happy to be drawn with England in the 2007 quarter-finals only to be mauled in Marseille. Momentum is generated by winning, not cherry-picking.

“I will be looking to pick our best 23,” said Jones when asked if he would look to protect players now that England were in the last eight. “It may be different from your 23. I think we can improve the team and the challenge is how to.”

The lack of defensive stress so far has allowed the Ford-Farrell axis to flourish, but France should put it under more scrutiny. England need them to because they have yet to show whether a weakness that was evident in the Six Nations, a failure to react when their hold on a match was loosened, remains. It is a side-effect of a very well coached side.

Another issue is the cards now being shown for high challenges. Australia received two yellows in a blow-out on Saturday as did New Zealand the following day. Lavanini saw red but Tuilagi escaped with just a penalty after taking out Emiliano Boffelli in the air, fairly as the full-back was a few centimetres from the ground when he was hit.One mistimed challenge and the best-laid plans need redrafting; and a consequence of the crackdown has been an import from football, players demanding cards for opponents and putting pressure on referees, something about which Nigel Owens warned England, through Farrell.

“We are where we need to be and we have not played at our best yet,” said Jones. When England come to the boil, so will their head coach, but it won’t be just yet. 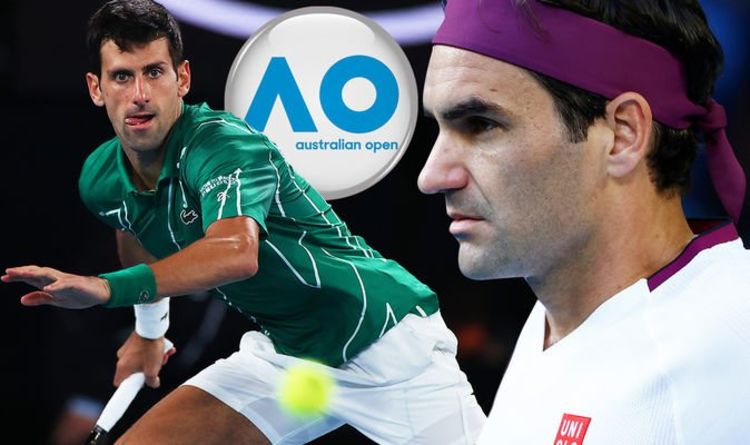 ROGER FEDERER VS NOVAK DJOKOVIC LIVE 07:50: Around 40 minutes until Federer and Djokovic are expected on court. Federer was spotted earlier […] 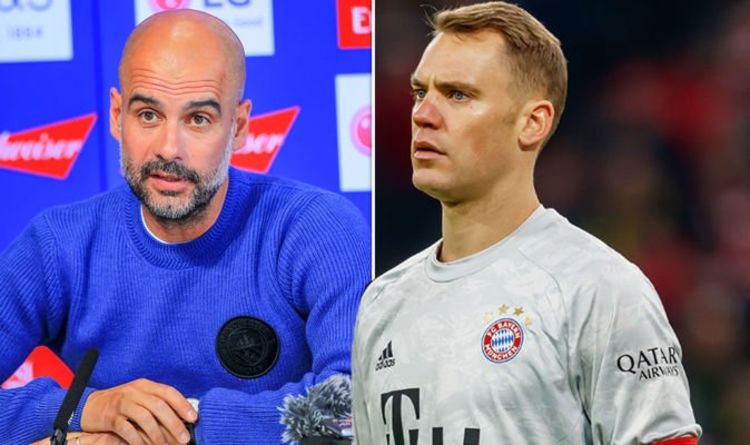 Bayern Munich stars Manuel Neuer and Leon Goretzka have joked about Pep Guardiola making a return to Bundesliga to manage the club. […]

The Los Angeles Rams acquired Jalen Ramsey from the Jaguars on Tuesday night, ending the star cornerback’s tumultuous tenure in Jacksonville with […] 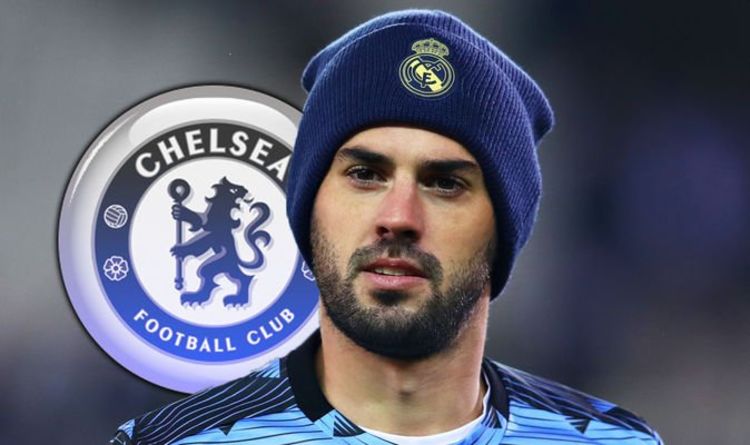