Michelle Visage, 51, was keen to receive a compliment from her professional dance partner Giovanni Pernice, 29, after she didn’t put a foot wrong in their Quickstep tonight.

The RuPaul’s Drag Race judge channelled Liza Minelli’s character in Cabaret for their Strictly Come Dancing 2019 Movie Week performance and received an incredible 35 points out of a possible 40.

However, Giovanni seemed reluctant to give the star too much praise as they discussed their feedback  from the judges.

In a video from BBC Strictly’s official Instagram page, Michelle was lost for words as she said: “I don’t even know what to say.”

Appearing to be slightly unconvinced by the dancer’s words, the reality star asked: “Did I do well tonight?”

“You did very well, we got three nines,” Giovanni reassured her.

“Does that mean I did well by Gio’s standards? Do I get a compliment?” Michelle wondered.

The Italian pro joked in response: “Not yet, but eventually it will happen.

“You did a really good job though.”

Michelle and Giovanni’s banter following tonight’s performance comes after the Strictly contestant rowed with the dancer over his lack of support last week.

The duo rowed while getting their hair and makeup done, as the RuPaul’s Drag Race judge accused Giovanni of not complimenting her enough. Ronnie Ortiz-Magro has broken his silence after he was arrested on domestic violence charges on Friday. The incident involved Jen Harley, his […]

Shooting his shot! The Bachelorette star Mike Johnson might have his sights set on a new love interest — Bachelor producer Julie […] 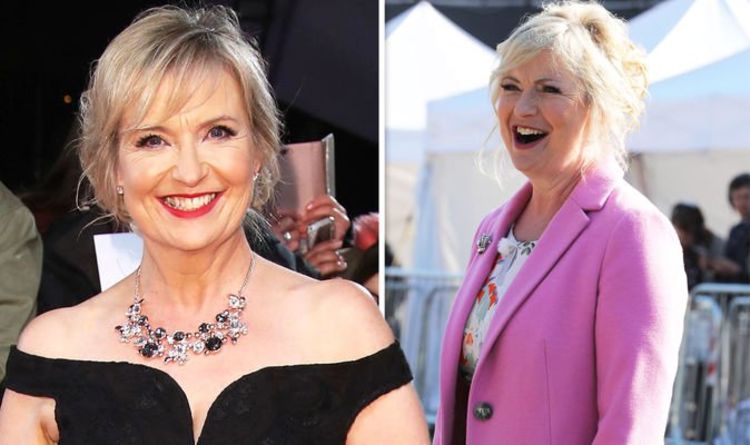 Carol Kirkwood, 56, showed her cheeky side in view of her 153,000 Twitter followers this week when she responded to a fan’s […]