There’s something inherently alluring about rolling the dice on a new Minecraft world and seeing what you get. Most of the time, that’s great. But other times, you have a specific adventure in mind. You want conquer a mansion, explore an underwater ruin, or find a truly strange mountaintop to live on. Minecraft world seeds exist to speed that process along, if you want.

Simply put, seeds are a string of numbers that determine exactly what kind of Minecraft world you’ll load into. Before creating a new world, you can punch these numbers in to drum up the particular place you’re after. We’ve gathered a list of our favorites below. Just be sure you’re running the right version of Minecraft, or the world might not load as advertised.

The only thing you need to keep in mind when it comes to seeds is to make sure you’re running the correct version of Minecraft, otherwise your seed has a chance of not spawning exactly what you want.

Thankfully, it’s pretty painless to run legacy versions of Minecraft. All you need to do is open the launcher, click on “Launch Options” then “Add New.” From here you can name it, and below that is a drop-down box with all the previous editions. Just click on the one you need, head back to the “News” section, and load up the version you need.

Shipwreck seeds are popular because they give you that wonderful little head start that we all crave. This one is particularly potent thanks to the collection of different enchanted items, some TNT, and even a diamond, among other things. Not only that, but this can all be found incredibly close to your spawn point. If you want a strong start, this is a great choice.

On the subject of Shipwrecks, we have no idea how this ended up here, but there seems to be a ship parked in the middle of this village. We feel as though having a gigantic ship in the centre of town might be a cause for alarm, but nobody else seems all that bothered by it. Well, there’s also another ship underwater nearby and even an ocean ruin to explore. You had better start learning to hold your breath.

What if we put a temple, right inside a jungle, and then plonked that near a pillager outpost? Sounds good, right? Well, that’s exactly what this seed does. It’s a great choice for players looking for a nice challenge that stays within sight, but it’s also just a lot of fun starting so close to a temple.

This seed places you within spitting distance of a blacksmith village, but one that is more than it seems. Just underneath the village is a great ravine and a complex system of mines. It’s all very dramatic and feels like you’ve discovered some hidden mythical cave complex, especially if you accidentally fall into the lava below.

Sometimes you just want to lay siege to an island. This is the seed that lets you live out that dream. It spawns a pillager outpost on a small island, which lets you watch from afar as they go about their business. There’s ocean on all sides too, which means your only real option is to go over and introduce yourself. Just, take something with a bit of clout if you fancy staying in one piece.

What’s better than coming across a desolate shipwreck? Finding two within spitting distance of each other, of course. If you fancy a wee break from searching the world in search of booty, this seed spawns you on a small island. Look to the left and you’ll find a floating ruined ship, and to the right, another one. What more could you ask for?

Okay. So. Iceberg biomes are cool. Not only do they carry this weird foreboding feeling, but they’re great to build a home in. Who doesn’t want to live in an ice castle? What makes this seed so special is, like many seeds, you spawn on an island. Only with this seed, turn in any direction and all you see is ice spikes. You better think fast because surviving this seed isn’t going to be easy.

That sheep’s name is Clarence, and he’s here to sell you car insurance. Don’t buy anything from him. Sheep are notorious for lying.

Should you decide to avoid his great deals you’ll find yourself yet another neat little starter island, and, venture out some and you’ll come across a mostly submerged shipwreck that looks like it’s seen better days.

As you’ve probably already spotted, just right of the spawn is a slightly buried ocean ruin. After you’ve looted up that one, head into the water for yet another ocean ruin to explore.

Dive into the reefs

It’s been said a million times already but it bears repeating: Minecraft can be beautiful, and since the introduction of coral, it’s never looked better. What this seed is all about is seeing the beauty that lurks beneath.

From the spawn, kick off your shoes and take a plunge. Just be sure to have your screencap key at the ready because this one’s quite the sightseeing diving adventure.

An ample village can make or break a run. This village in particular isn’t your usual wheat and wooden swords affair. Oh no. This village has a blacksmith forge which contains seven blocks of obsidian, nine steel ingots, two gold ingots, a steel helm and chestplate, a steel pickaxe, and a super-useful three diamonds. And better yet, it’s technically not classed as cheating. What’s not to love?

Check out everything we know about Minecraft Dungeons including its release date, trailers, and all the multiplayer details you need.

I’ve gotta be honest with you, I have no idea what’s going on with this world. Why is there a mountain on top of a mountain? Why is the village built up that high? How are the villagers even able to reach their crops? Why is there a small shack on the side of the mountain to the right? Although that last one would make a pretty decent place to store your loot. Let’s see a skeleton try to snipe you up there.

To get this one working, just create a new world, input the seed, and turn amplified worlds on. You’ll spawn right near the village, meaning setting up before you go hunting should be a breeze.

Sometimes Minecraft doesn’t spawn buildings as it should, which leads to exciting anomalies such as this one; a Temple that’s been reclaimed by the desert. Not only do you have a handy village next door, you’ll also be able to explore this submerged temple as you would any other. And for your troubles you’ll be treated to a wealth of emeralds, gold, a selection of golden apples, saddles, and horse armour, meaning you’ve got a kitted-out horse right out of the gate.

Fancy moving to a seaside town with a gorgeous view? Then look no further! Villages often spawn in small groups. You may have seen images online of hundreds of villager houses smushed together. They’re fake, and in most cases, from a mod. In actual fact, getting multiple villages to spawn next to each other is really quite rare. That is, with the exception of this seed where an absolutely gigantic village has spawned just off the coast.

Do you see it? Just to the right of the island, the shadowy structure below the water’s surface? If you’re looking to explore the depths and battle an Elder Guardian, then this is the seed for you. The island to the left of the Ocean Monument is pretty useful, too. It’s far enough away to avoid being cursed (and having your mining speed greatly reduced—URGH!), and it’s got a decent amount of space and materials to get you started. Plus there’s land a short swim away should you need any supplies.

Commandeer Your Own Mansion

Nothing beats charging headfirst into a mansion with the intention of besting every Illager (not to be confused with Villager) that moves. But finding a mansion in survival is no easy feat. It’ll take hours of scouring every forest hoping that one day you’ll come face-to-face with that foreboding wooden structure. So instead of wasting countless hours, how about you just type this seed in and spawn directly in front of the mansion?

Live Life Above the Clouds

Turn directly right from the spawn area and keep heading in that direction. You’ll eventually come to a host of islands, only they won’t be out at sea, they’ll be floating in the air like they’re being held up by some sort of invisible marionette. Magic, you say? Yeah, lets go with ‘magic’. As sky islands take a fair amount of time to build, this seed is great for those who want to skip the building part and head straight to building a new life up in the sky.

Who doesn’t love a good ravine? With this seed you’ll spawn just behind this whacking great big slice in the ground. But journey North of the spawn and that’s where the real fun begins. Around 100 metres away is a village. It’s a pretty standard affair—villagers shouting “Hurgh?” and getting stuck on even ground, you know, the usual—so just loot it and head to the well. Climb inside, mine straight down, and you’ll find yourself in an abandoned mineshaft that’s just begging to be explored.

Finding Survival too easy? Turn Minecraft into The Walking Dead and that’ll surely solve it. This seed puts the zombies front and centre. For some strange, unexplained reason, all that remains of this forgotten settlement are zombie villagers. Maybe the regular zombies didn’t like their prices, formed a union and rebelled? Who knows… Either way, it’s your job to sort this mess out. Just make sure you set the time to night (“/time set night”) before they all burn to smithereens in the sunlight.

The Ice Plains Spikes biome is a rare variant of the Tundra biome, featuring huge sculptural pillars of Packed Ice and, er… not a lot else, actually. It doesn’t half make a lovely backdrop though—which is why this seed is so spectacular. You spawn in a picturesque flower forest, the ocean lapping at one side and a frigid paradise skirting the other. The perfect setting for an Adventure Time tribute build, perhaps.

Paradisiacal islands are all well and good, but if you fancy something a little more existential, why not try this highly improbable seed? A gigantic grassy landmass hovers in the air with a flagrant disregard for the laws of physics, overlooking the dark, hopeless maw of a perversely alluring ravine… But before you go flinging yourself in in search of treasure, we should mention there’s a jungle temple just across the river. Slightly less drastic.

Normally, I’d deem throwing all your favourite things into a blender and mixing them together madness (step away from your cat, please). With this particular seed, however, the Frankenstein fusion of biomes really works. A vast desert setting; an Extreme Hills mountain; a high-altitude forest; an inexplicably-lush base camp area; a village; a desert temple… It all comes together to produce endless potential for a variety of adventures. 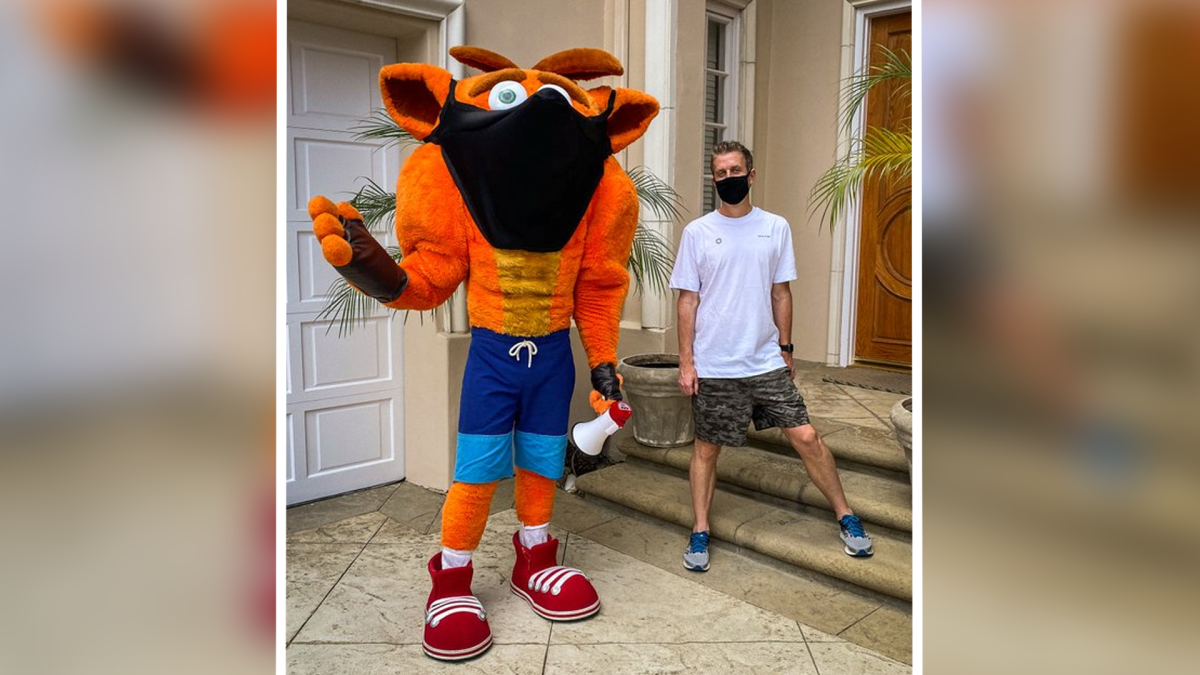 As today was wrapping up, video game hype man Geoff Keighley posted a photo of him and a giant Crash Bandicoot mascot […] 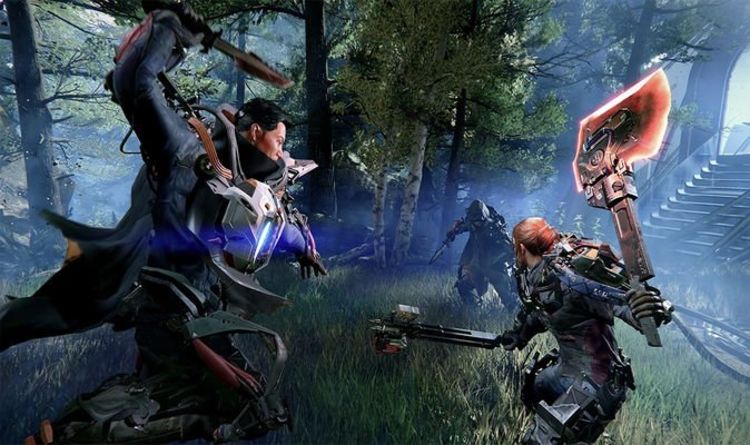 The Surge 2 is unlikely to get an easy mode when it launches for PS4, Xbox One and PC. The recent release […] 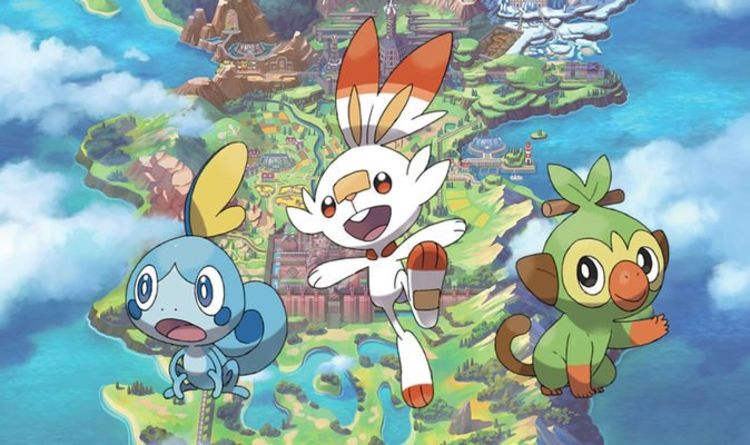 Pokemon Sword and Shield is attracting its fair share of negativity, despite not launching until November. The upcoming Pokemon sequel was recently […] 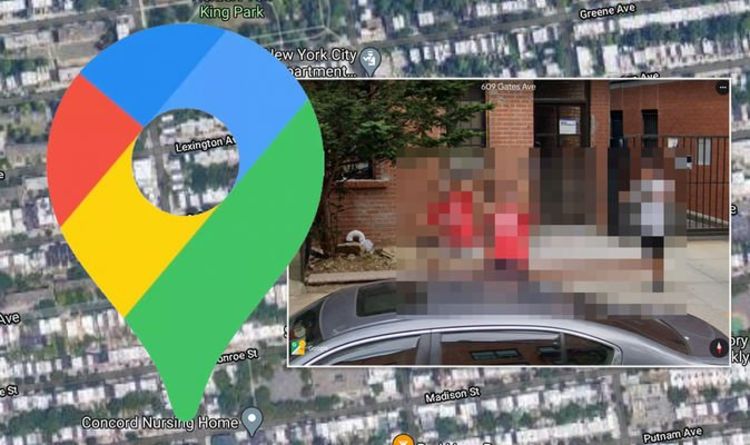