‘Hopefully we can go one step further’

Liverpool defender Trent Alexander-Arnold on Sky Sports: “We got a bit of luck with the deflection but a goal’s a goal and nobody will complain. We managed to get a clean sheet which is the most important thing for us. We have done what we wanted to do, we shut them out.

“They invite crosses into the box, that’s the way they like to defend so I was trying to find a different angle in behind. Luckily it got a deflection, I’m not too fussed it’s an own goal.

“We want to be setting records, doing good things. It’s an unbelievable side we’ve got. Hopefully we can keep that rhythm up and stay injury free. We pushed City all the way last season and hopefully we can go one step further.”

Salah is a selfish player. Mane and Firmino have been free in the box but he always want to dribble more players.
The talent of Messi and Ronaldo is not contagious, you have to earn it. pic.twitter.com/adGRDicptr

Kloppaholic: Doesn’t matter now, but Mané has the right to be slightly annoyed. Twice this game Salah should have played through both him/Firmino. Both unmarked at the time too. But like I said, doesn’t really matter now. We won the game, that’s all that counts.

AOTK: Mane’s has enough of Salah’s greed in those situations. And I don’t blame him.

Alan: I can understand why Mane is frustrated. Substituted instead of Salah, despite Salah playing poorly and selfishly refusing to pass to him on multiple occasions. But his reaction was unbelievably childish!

Mango: Mane and Salah are both great players and work brilliantly in the system together, but it’s clear that there’s a rivalry there too. It can be healthy but Mane clearly fuming at not being slipped in there.

Callum: Here’s hoping the Mane/Salah frustration doesn’t affect us when we comeback after the international break.

FT: And that’s it! Liverpool maintain their perfect start to the season with a comfortable 3-0 victory over Burnley. The opener was a touch fortuitous – but Jurgen Klopp’s side never looked back.

Liverpool win 13 consecutive league games for the first time in the club’s history.

92: Liverpool fans signing YNWA at the top of their voices. It’s been a rather nice evening in the sun for the travelling Reds.

88: Chance! Jay Rodriguez puts it through Virgil Van Dijk’s legs on the charge but he dithers, dithers and dithers some more – allowing Adrian to finally get a claw to the ball.

Oh… bit of drama here! Mane is livid on the bench. I think he’s furious with Mohamed Salah for refusing to pass to him for a certain goal a few minutes ago. Sky Sports commentator Alan Smith and most of twitter think the same.

83: Liverpool fans enjoying themselves now. As are the players actually, who look up for making this four or five.

80: GOAL! Done and dusted! Mohamed Salah feeds Roberto Firmino on the edge of the area and the Brazilian drives it past Nick Pope. Clinical stuff from Jurgen Klopp’s side – who are going to make it 13 Premier League wins on the spin!

80: The Ox has his first effort on target with an effort from distance but that’s easily gathered by Pope. McNeil has a shot of his own at the other end but it’s high, high over the crossbar.

78: Wood slides the ball through for Rodriguez but the offside flag is raised. Flag went up late and the forward was thwarted by Adrian anyway.

75: That’ll rank as one of Burnley’s best chances. Tarkowski rises highest but can’t direct the ball on target from McNeil’s free kick. Barnes off, Jay Rodriguez on.

73: Jurgen Klopp does eventually bring Alex Oxlade-Chamberlain into the action and he replaces Jordan Henderson for the closing stages.

The UEFA men’s player of the year decides to channel his inner Lionel Messi with a crack from distance… and it turns out that a 35-yard pile diver isn’t in Virgil Van Dijk’s locker.

70: Just 20 minutes left at Turf Moor. No change in the scoreline and very little change in the pattern of play. Liverpool in charge.

69: Alex Oxlade-Chamberlain was told to get ready and then told to sit back down again as Jordan Henderson is able to continue after a collision with Aaron Lennon.

66: Scissor kick from Roberto Firmino! Jordan Henderson drifts it over to the Brazilian, whose spectacular effort is blocked by Mee. Pope would have gathered it anyway. Liverpool comfortable here. Very comfortable indeed.

63: Jurgen Klopp is livid on the sidelines. He’s just watched Mohamed Salah ignore the totally unmarked Sadio Mane to his left and Roberto Firmino to his right. Instead, the attacker twists and turns before tamely firing at the goalkeeper.

60: Danger! Liverpool have a free-kick just outside the penalty area. Trent powers it across to the unmarked Salah, whose first-time effort is blocked by Mee.

It’s weird. The whole pitch is in shadow – except for Nick Pope’s goal. Sun is right in his eyes.

57: Burnley proving their worst enemies at the back. Tarkowski doesn’t clear – and that allows Trent Alexander-Arnold to steam in a flick a ball through to Mohamed Salah. The Egyptian crashes the ball into the side-netting.

51: No fluency whatsoever since the resumption. Foul, whistle, foul, whistle every 30 seconds – no chances and not a very good watch.

48: Early corner for Liverpool. Salah tries a little routine by popping it off for Robertson to deliver but the whistle goes for a foul. Joel Matip was the culprit.

45: And we’re back underway folks. No changes for either side.

HT: And that’s the break. Liverpool head in with a two-goal advantage thanks to that freakish Chris Wood own goal and a clinical finish from Sadio Mane.

45: Jack Cork tees up Ashley Barnes just outside the Liverpool penalty area but the forward drags it wide. One minute of added time.

43: Since the start of the 2016-17 season, Burnley have scored eight own goals in the Premier League; only Bournemouth (nine) have scored more. Freak.

39: “After review, the Premier League Match Centre has confirmed the goal as a Chris Wood OG after Trent Alexander-Arnold’s cross was deflected in,” says the Premier League’s official Twitter account. It takes the slightest deflection of the Burnley forward’s back.

37: GOAL! Liverpool have doubled their advantage – in a rather more conventional manner.

Ben Mee makes a catastrophic error when gifting the ball to Roberto Firmino. He doesn’t need a second invitation to slip it through to Sadio Mane, who tucks it past the diving Nick Pope.

33: GOAL! What?! Well I don’t think we’ll be seeing a goal like this again for a while. Liverpool have the advantage in the most unlikely of circumstances.

Trent Alexander-Arnold’s attempts to cross towards the far post but the ball sails over Nick Pope and into the back of the net.

31: Ashley Westwood attempt a crafty quick free-kick but it’s so crafty that none of the Burnley players knew it was going to happen. Cleared.

29: Everything Burnley do is being applauded by this fantastic home support. Pieters is latest to receive an ovation as the left-back prevents Salah from cutting in and firing towards goal.

26: Aaron Lennon back with a bang! The former Everton winger sends a fine, dipping cross right into the six-yard box where Trent does enough to scoop it clear.

23: Blocked! Liverpool turning up the heat at Turf Moor. Mohamed Salah wins the initial ball and feeds Roberto Firmino in the middle. His effort deflects off two defenders and Aaron Lennon arrives to hoof clear.

20: What has happened there?! Jordan Henderson plays a beautiful flicked ball over the Burnley defence for Mohamed Salah to collect. He looks to tuck it past Nick Pope, but the ball bounces off the goalkeeper — back on to Salah’s leg and inches wide for a goal kick.

17: Deja vu. Liverpool concede another foul in a similar position and again, Westwood’s delivery is poor with nobody in Claret able to connect. Goal kick Liverpool.

Nice and bright from the hosts – just lacking that killer instinct in the final third.

14: Liverpool looking to get in down the channels but it’s a bit too predictable at the moment with Lowton & Pieters doing a good job of stopping Salah and Mane.

Virgil Van Dijk concedes the foul against Ashley Barnes and Burnley have a free-kick in a decent enough position on the right. Westwood delivers but Tarkowski can’t find the target.

11: Great play from Dwight McNeil, who was called up to the England Under-21 squad this week. He manages to get away from Trent Alexander-Arnold down the left before winning a corner for his side.

Virgil van Dijk clears the initial delivery for another corner and Adrian punches the second away. Nervy moments for Jurgen Klopp’s team.

8: Liverpool are in the mood today. They’re pinging it around from left to right with Burnley forced into a few last ditch blocks to stop Mane and Trent.

5: This is going to be eventful, no doubt in my mind. Woodwork! Mohamed Salah collects a pass from Sadio Mane before lashing one against the post.

3: Woosh! 90mph start from both sides here at Turf Moor! Firstly Fabinho blazes one high into the stands from distance but the better one goes the way of Burnley.

Liverpool are gazumpd by a long ball through the middle. Chris Wood spins Joel Matip and he’s through on goal only for Adrian to block the effort and Virgil van Dijk arrives to prod it behind for a corner.

1: Hello folks, apologies for my late arrival – I’ve been busy covering Chelsea’s 2-2 draw with Sheffield United at Stamford Bridge. The promoted side somehow overturned a two-goal deficit to take a point. Frank Lampard will be raging.

Anyway, you’re not here to talk about that – you want to see whether Liverpool are able to maintain their perfect start to the campaign – or is Ashley Barnes and Co can pull off a mega upset.

What happens when the maelstrom of Formula One gives way to quietude and contemplation? When the absence of relentless competition, pressure and […] 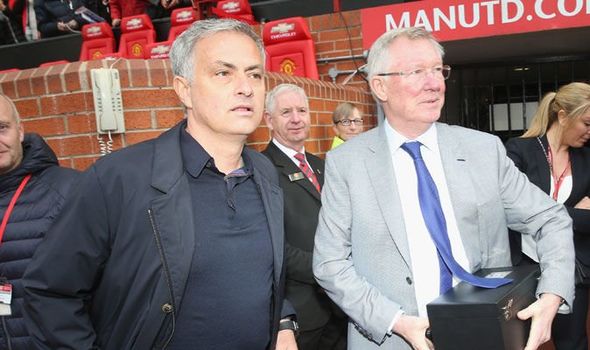 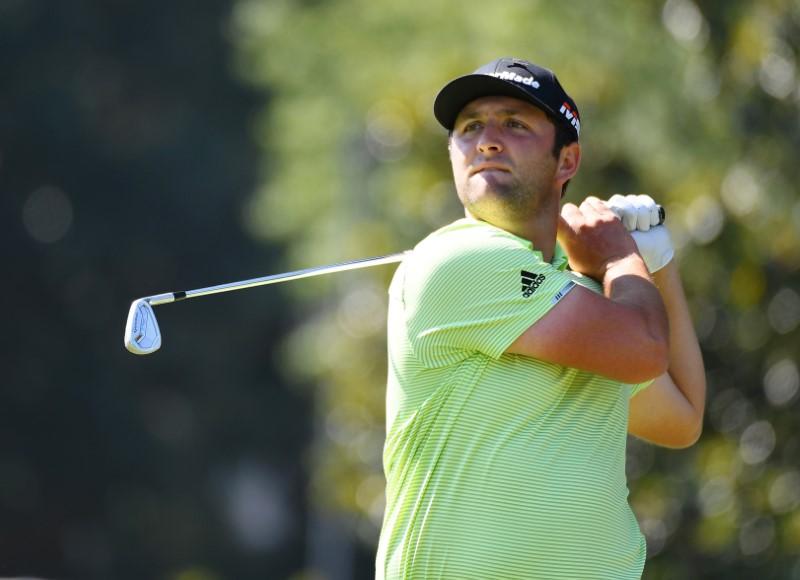