Even before his first suspected suicide try last month, Jeffrey Epstein was perhaps the most vulnerable man in the federal jail system: a wealthy and well-known financier accused of sexually abusing dozens of underage girls. He was, by all accounts, the kind of inmate who should have been under the closest possible supervision.

Instead, Epstein was taken off suicide watch in the days before he apparently took his own life, officials told NBC News, a decision that baffled former wardens and veterans of the federal prison system.

“For them to pull him off suicide watch is shocking,” Cameron Lindsay, a former warden who worked at three federal facilities, told NBC News. “For someone this high-profile, with these allegations and this many victims, who has had a suicide attempt in the last few weeks, you can take absolutely no chances.”

Epstein, 66, was placed on suicide watch after he was found passed out in his jail cell with marks on his neck inside the Metropolitan Correctional Center on July 23, according to sources familiar with the matter.

The conditions would have required him to be moved to a special bare-bones cell where he would be outfitted in a tear-resistant one-piece smock and receive stepped-up observation from a staffer or inmate posted outside, according to Lindsay and sources familiar with Epstein’s case.

But Epstein’s status was changed sometime in the last two weeks for reasons that remain unknown, officials told NBC News. Sources familiar with the case say Epstein underwent a psychiatric evaluation and the decision was made to clear him from suicide watch on or around July 29 and returned to a cell in the Special Housing Unit (SHU.) The decision would normally have to have been authorized by the jail’s suicide prevention program coordinator, who is ordinarily the institution’s chief psychologist, and approved by the warden.

“Once an inmate has been placed on watch, the watch may not be terminated, under any circumstance, without the program coordinator or designee performing a face-to-face evaluation,” according to the federal Bureau of Prisons official guidelines issued in 2007.

Epstein was discovered inside his cell about 6:30 a.m., and some union officials noted that many facilities operate with limited staffing overnight. The local federal prison union head in New York has previously complained about staffing shortages at the Metropolitan Correctional Center.

The FBI is investigating the case, law enforcement officials told NBC News. The Bureau of Prisons will also launch an internal “after-action” probe, according to department veterans.

Multiple people briefed on the investigation say that officials will want to know if correction officers conducted routine checks on inmates including Epstein as required. Checks on inmates are supposed to take place every 30 minutes or so, but there are questions if there was a delay the night Epstein died. It is still unclear how long a gap there was from the time of the last check of Epstein and when he was found dying.

“It’s too early to say what I think should happen, but if this did occur as we believe that it did, some staff are going to have some hard questions to answer,” said Lindsay, who served as warden at the nearby Metropolitan Detention Center from 2007 to 2009.

Bob Hood, a former federal Bureau of Prisons chief of internal affairs and former warden at the ADX Florence “supermax” prison in Colorado, said he also was perplexed by the decision to remove the suicide safeguards.

“Under the circumstances, I would have a staff member sitting there or have a camera on him 24/7 while he was in my custody, purely to cover my butt,” Hood said. “I know that sounds tacky, but this is not your average inmate.”

Attorney General William Barr issued a statement expressing concern over the case, saying he was appalled and that Epstein’s death “raises serious questions that must be answered.”

“Every single person in the Justice Department — from your main Justice headquarters staff all the way to the night-shift jailer — knew that this man was a suicide risk, and that his dark secrets couldn’t be allowed to die with him,” Sasse said.

“Given Epstein’s previous attempted suicide, he should have been locked in a padded room under unbroken, 24/7, constant surveillance. Obviously, heads must roll.”

Epstein has been held at the Metropolitan Correctional Center since July 6, when he was arrested on charges of trafficking and sexually abusing girls as young as 14 in the early 2000s. He was facing up to 45 years in prison if convicted on two counts of sex trafficking and conspiracy.

Epstein’s lawyers requested that he be allowed to await trial under house arrest at his $77 million Manhattan mansion, but a judge denied the request.

The MCC, as the facility is known, houses 763 inmates and is considered one of the harshest federal detention centers in the country. Epstein paid his lawyers to visit him nearly every day, allowing him to leave his cell and spend much of the day at a room designated for attorney meetings, according to sources familiar with his case.

Jack Donson, a former longtime federal Bureau of Prisons case manager, told NBC News that suicide watch in federal lockup “usually only lasts a few days to a week” due to the amount of manpower the 24-hour surveillance entails.

“It requires staff to do overtime shifts,” Donson said, and is “not considered a good use of resources.”

Federal staff members will “make an assessment” about when they believe that “imminent danger” to the inmate has passed, and then the warden and chief psychologist make a determination about what to do with the inmate, Donson said.

Epstein had been placed in the MCC’s Special Housing Unit instead of general population for his own safety, given his notoriety, and Donson noted that incidents of suicide are higher in the SHU.

“You’re isolated with your own thoughts,” he said, “and it’s not as monitored and supervised.”

Guards are supposed to check on prisoners every 30 minutes, but sometimes aren’t diligent about doing so, Donson said, and regardless, inmates “can do themselves a lot of harm in 30 minutes.”

He also raised the question of whether Epstein was in a cell with a camera, because some cells in the MCC have them. Officials will also review the range camera outside the cell to make sure guards had indeed been checking on him.

Joe Rojas, a union leader and guard at a federal correctional center in Florida, told NBC News he was shocked to learn that Epstein was not on a 24-hour suicide watch given his previous attempt and high-profile status.

“You don’t have to be a psychologist,” Rojas said. “It’s commonsense.”

Epstein’s suicide has led some involved in his case to wonder whether he received outside help.

Epstein’s death marks the second high-profile black eye for the Bureau of Prisons in less than a year. James “Whitey” Bulger, the notorious Boston gangster, was beaten to death last October within hours of being transferred to the general population unit of a West Virginia penitentiary.

“This reminds me of the Bulger thing,” Hood, the former Colorado supermax prison warden, said. “Is there a way this could have been avoided? The answer is yes.”

Until last month, Mexican cartel chief Joaquin “El Chapo” Guzman was also held at the Metropolitan Correctional Center. Guzman’s lawyer Jeffrey Lichtman told NBC News that he was leaving the facility after a visit in July when he spotted “a flash of silver” in the room reserved for attorney meetings.

“I looked over and there was Epstein,” said Lichtman, who had caught a glimpse of the accused child sex predator’s silver hair.

“It was pathetic. It was sad. He looked like an animal trapped in a cage.”

Pyongyang fired the first missiles on Wednesday, sending two into waters off the east coast of the Korean Peninsula five minutes apart, […] 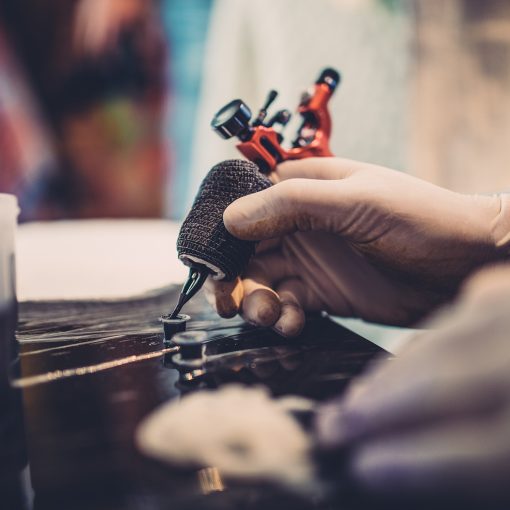 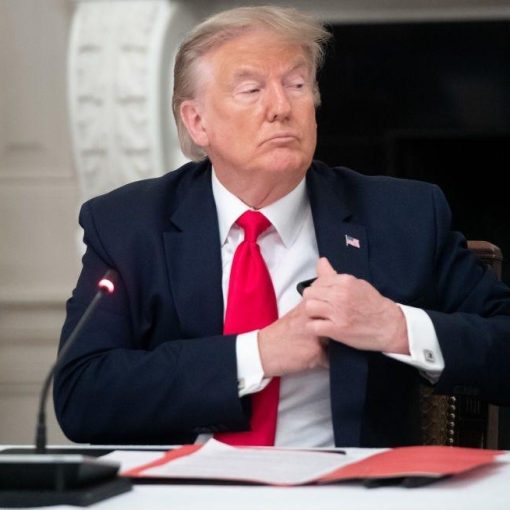 President Donald J. Trump uses his cellphone at the White House on Thursday, June 18, 2020 in Washington, DC.SAUL LOEB/AFP via Getty […] 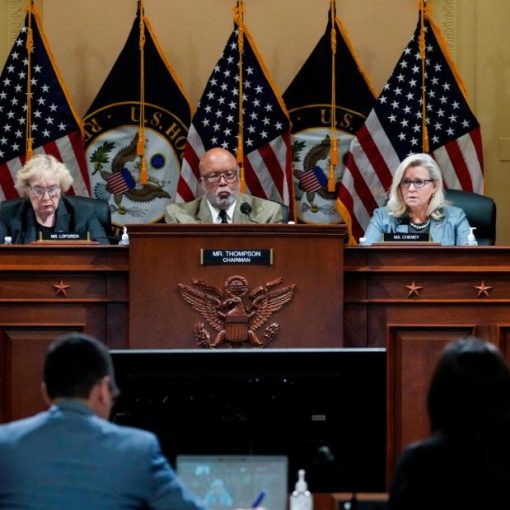 With that in mind, here are five suggestions — borne largely of my experience as a federal and state prosecutor — that […]