Marisa Rivas never felt comfortable living as a woman, but doesn’t identify as a man either.

Last year, Rivas, 30, a college admissions coordinator in Los Angeles, had a mastectomy. This year, Rivas started using gender-neutral “they” and “them” pronouns.

Then, at the end of June, Rivas went to the Los Angeles LGBT Center in West Hollywood to talk to a doctor about going on “low-dose” testosterone, known colloquially as “microdosing.” Rivas hopes to achieve a sharper jawline and a more androgynous physique without overtly masculine features like facial hair. The goal is an appearance that is not clearly male or female.

“I still want to be somewhere in the middle,” Rivas said.

Hormone microdosing is of growing interest to some nonbinary people like Rivas who want to masculinize or feminize their bodies in subtle ways. There is little research on the technique’s prevalence, but doctors who treat transgender and nonbinary people say the medical community should consider the needs of those who want to change their bodies without medically transitioning fully to the opposite gender.

“There’s this kind of assumption with transgender individuals that everyone should get surgery and everyone should get hormones to become as ‘male’ or ‘female’ as possible — and that’s simply not true,” said Dr. Tri Do, an internist and assistant professor of medicine at the University of California, San Francisco.

Nonbinary advocates are calling for a broader definition of medical transition as more Americans identify outside the gender binary. Fifty-six percent of “Generation Zers” — those born between the mid-1990s and the early 2000s — report knowing someone who uses gender-neutral pronouns. And more than a third of almost 28,000 adult respondents to the 2015 U.S. Transgender Survey, the largest survey devoted to the experiences of trans people, reported that they were nonbinary or genderqueer.

Not all nonbinary people seek medical transition, and it’s unclear how many do, since medical systems in the United States typically only track sex assigned at birth. But for those who want to move toward a more gender-neutral appearance, microdosing is an increasingly discussed option. Several YouTube videos describing the experience have received thousands of views.

Do, who has been treating transgender patients since 2001, said he starts all his patients on lower hormone dosages to give them time to adjust and to find a comfortable dose. Low doses have the same effects as higher ones, but it takes longer for those effects — bulky muscles and facial hair in the case of testosterone and increased body fat in the case of estrogen — to develop. The results of a particular dose can vary greatly by person due to genetics, he said, and patients often ask to switch to higher or lower doses as they see changes to their bodies — or, in rare cases, may choose to stop taking hormones entirely.

For Rivas, the appeal is simple: a sense of control.

“The thing about microdosing is that it’s such a little bit at a time that if it’s not something I like doing, I can always stop taking it,” said Rivas, who learned about microdosing through an essay published on Vice in April. “And if it’s something that I feel like at some point I may need more of, then that’s an option.”

In 1979, when the first international transgender health care guidelines were published, trans people who sought treatment were under pressure to identify as either male or female to be taken seriously by providers, according to Dr. Asa Radix, senior director of research and education at the Callen-Lorde Community Health Center, which provides health care to LGBTQ people in New York City.

Since then, attitudes about gender and sexuality have radically evolved. In the 1980s and the ’90s, words such as “nonbinary,” “genderqueer” and “genderfluid,” which describe identities outside “male” and “female,” started to appear in academic and activist discourse, and have since made their way into mainstream culture.

Over the past decade, some health professionals have shifted away from treating gender identity as a disorder and are focusing instead on dysphoria, which is the distress a person feels as a result of their gender not being recognized. This distress decreases or disappears for many people who take masculinizing or feminizing hormones, according to the American Psychiatric Association. Microdosing hormones is just the latest evolution of this treatment.

Doctors and therapists who specialize in transgender care say nonbinary people have been coming to them for years, though they’ve only recently had the language to explain it.

Dr. Leandro Mena, medical director of Open Arms Healthcare Center in Jackson, Mississippi, estimated that about 100 of his 250 transgender patients are nonbinary, a number that has increased since he opened the clinic in 2013, though the number who take hormones, and dosages, vary.

“In retrospect, if you ask me, I probably gave hormones to my first nonbinary patient probably about 10 years ago,” he said. “I just didn’t recognize it or I just didn’t ask the questions that I should have asked at that time to recognize that that person was nonbinary.”

Micah Rajunov, 33, editor of the book “Nonbinary: Memoirs of Gender and Identity,” began transitioning in 2010, before ever hearing the word “nonbinary.” Back then, Rajunov, a doctoral student at Boston University, had little understanding of what it meant to be transgender but didn’t see themselves as male or female.

After having a mastectomy in 2011, Rajunov watched a few YouTube videos made by people who were on low-dose testosterone, and decided to give it a try.

Rajunov described the journey to finding the right testosterone dose as “turbulent.” Rajunov’s physician was unsure what dosage to put them on, and prescribed a higher amount than Rajunov expected. Rajunov liked some of the effects — including a deeper voice — but didn’t like the growth of facial hair.

Everything seemed to be happening too fast, Rajunov said.

“I stopped for a while, I felt like I had masculinized as far as I wanted to, and I picked it back up again,” Rajunov said.

Rajunov switched to a new doctor in 2013 who helped Rajunov find a dose that worked — about a quarter of what would be considered standard.

“If I end up experiencing more masculinizing changes that I’m uncomfortable with, then I would stop, but it hasn’t gotten to that point,” Rajunov said.

Rajunov, who runs a resource blog for nonbinary people called “genderqueer.me,” has responded to thousands of emails from nonbinary people who are looking for support related to transition. About a third of the people who write in have been interested in learning about microdosing and how to find knowledgeable health care providers, Rajunov said.

When trans and nonbinary people who were assigned male at birth begin to transition, they are usually prescribed hormone blockers to suppress natural testosterone levels. But not everyone is interested in taking blockers, and some may prefer to be on lower doses, to achieve a more nonbinary appearance.

William Crook, 32, who is nonbinary and lives in Phoenix, takes a standard dose of estrogen pills daily but is not taking drugs to block natural testosterone production, which Crook feared would diminish sexual function.

Crook is more confident now and has no desire for surgery.

“I personally much prefer the feel and the experience of this way of doing it,” Crook said, “because it’s just giving my body this chemical that it didn’t produce enough of on its own.”

While the medical community’s understanding of trans and nonbinary people has evolved, most primary care physicians in the United States are still not trained on how to treat them, said Dr. Alex Keuroghlian, director of the National LGBT Health Education Center, which educates health care organizations on how to care for lesbian, gay, bisexual, transgender and queer people.

This is a particular issue for nonbinary people who may not fit a doctor’s or insurance company’s understanding of gender. A nonbinary person who wants to go on hormones or have surgery may still be denied care because they do not present a desire to be clearly male or female, according to health professionals. The 2015 U.S. Transgender Survey found that 31 percent of nonbinary respondents had experienced an issue with their insurance coverage for hormone therapy in the previous year, compared to 24 percent of the general transgender population.

Mere Abrams, 31, a licensed clinical social worker in Palm Desert, California, who identifies as transgender and nonbinary, underwent a mastectomy in 2015 and has been on low-dose testosterone since 2014. Abrams said their therapist had to write in referral letters to their surgeon that Abrams was masculine-identified, rather than nonbinary, so Abrams wouldn’t be denied treatment.

Abrams, who connects nonbinary people with health care providers through the website onlinegendercare.com, said many doctors don’t know how to work with this population because they are not included in the current international transgender treatment guidelines, known as the World Professional Association for Transgender Health Standards of Care.

“The guidelines do not provide medical providers with any framework for understanding the pathway a nonbinary person may want to take medically,” Abrams said.

Radix, a co-chair of the committee that is revising the guidelines, said the next version will contain a chapter on nonbinary care, but the specifics are still under review.

“One of the reasons why we need to have a chapter is because insurance companies and clinicians are sometimes reluctant to provide care for people who are nonbinary identified,” Radix said.

For Rivas, the biggest obstacle in accessing care was the five weeks it took to get an appointment at the Los Angeles LGBT Center, because of a long wait list.

Rivas was nervous before the appointment, but the doctor was familiar with microdosing and explained the possible risks and side effects, which put Rivas at ease. Rivas left the center with a small tube of testosterone ointment that can be rubbed directly into the skin. Rivas, who is currently a part-time student without insurance and between jobs, received the hormones at a discount through a program at the center.

In time, Rivas’ body will slowly masculinize — something Rivas is both nervous and excited about.

“I’m searching for whatever it means to be aligned with myself internally and externally,” Rivas said, “and I think the day I see that that matches, I’ll feel like a lot of things will have made sense.”

US and Russian diplomats have emerged from a day of negotiations in Geneva over the fate of Ukraine, describing the talks as […]

An explosive wildfire that erupted in California on Fourth of July more than doubled in size overnight, quickly consuming more than 3,000 […] 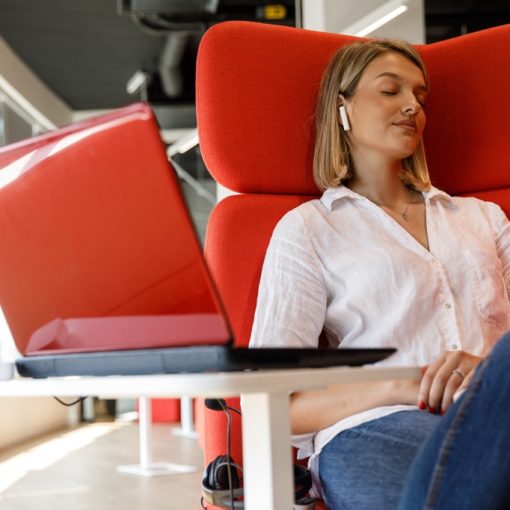 Having a nap usually goes on of two ways. Either you wake up feeling refreshed and ready to get on with the […] 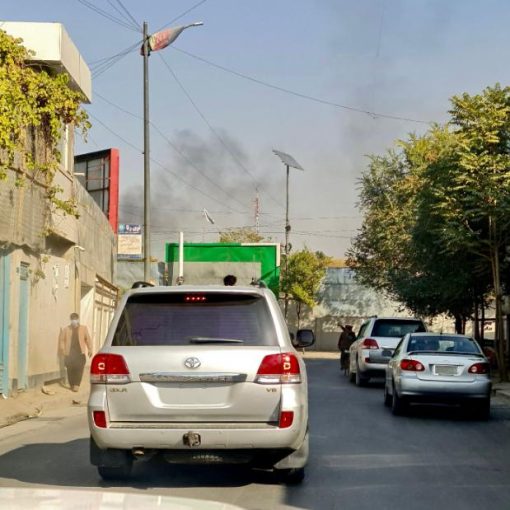 It was unclear if there were fatalities in the blasts at the Daoud Khan Military hospital, a teaching facility near the Afghan […]