Russian President Vladimir Putin has made headlines with an interview during which he said that liberalism had “become obsolete”.

Liberal ideas about refugees, migration and LGBT issues were now opposed by “the overwhelming majority of the population”, he told the FT.

Even some Western powers had privately admitted that multiculturalism was “no longer tenable”, he said.

So why is Mr Putin saying this now – and is he right?

It’s complicated, because it means different things to different people – but broadly, there are three definitions.

There’s economic liberalism, which, according to the Merriam-Webster dictionary, emphasises “free competition” and “the self-regulating market” – it’s associated with globalisation and less government intervention in the economy.

There’s political liberalism, which the dictionary defines as “based on belief in progress, the essential goodness of the human race and the autonomy of the individual and standing for the protection of political and civil liberties”.

And there’s social liberalism, which, according to the Encyclopaedia Britannica, is linked to the protection of minority groups, and promoting such issues as LGBT rights and same-sex marriage.

The term “liberal” is also used by some as an insult – although again its meaning varies.

In this case, Mr Putin criticised the approach of some Western governments, and specifically mentioned immigration, multiculturalism, and LGBT issues – so he seems to be focusing on social and political liberalism.

He’s not the only world leader who doesn’t like the term either – Hungary’s Prime Minister Viktor Orban has specifically said he wants to create an “illiberal state” because he believes authoritarian systems, like those in China and Russia, work better than Western liberal democracies.

So… is liberalism out of date?

Liberalism had been seen as the “norm” in many countries until recently.

The FT has described liberalism as “the dominant Western ideology since the end of the Second World War”.

However, a lot of people do believe it could be in decline – as evidenced by support for Brexit in the UK, or support for populist leaders including Donald Trump in the US, or Matteo Salvini in Italy.

“Clearly the kind of liberal order we had until 2008 is in trouble,” Michael Cox, a professor of international relations at LSE, tells the BBC.

He says that the financial downturn in 2008 was a “major turning point”, and globalisation and the fact that “markets were allowed to determine everything” also brought about “larger questions of identity and culture, with people feeling that their country is no longer their own”.

But he argues that overall “we still live in a liberal world economy”, and “most countries in the world are liberal democracies, not authoritarian ones” – although he believes liberalism does need to work to address issues like wage stagnation and a loss of a sense of community.

Is Putin right about immigration?

Mr Putin said that German Chancellor Angela Merkel made a “cardinal mistake” by admitting more than one million refugees, primarily from Syria.

“This liberal idea presupposes that nothing needs to be done. That migrants can kill, plunder and rape with impunity because their rights as migrants have to be protected.

“It has come into conflict with the interests of the overwhelming majority of the population,” he said.

According to the Pew Research Centre, a majority of people in the EU countries they surveyed – including Germany, Sweden, France, the UK, Greece and Italy, favoured taking in refugees fleeing violence and war – although Poland and Hungary were exceptions.

Another survey suggests that a majority of people in the countries receiving the most migrants see immigrants as a strength rather than a burden.

However, a majority in many of the same countries – including Germany, Sweden and Greece – also believed that immigrants increased the risk of terrorism or crime.

And all the European countries that Pew surveyed disapproved of how the EU had handled the refugee issue.

So it seems like there’s a lot of dissatisfaction with the EU’s political establishment – and some of the practical issues related to immigration – but most surveyed still support the principle of taking in refugees.

What about LGBT issues?

“We have no problem with LGBT persons… but some things do appear excessive to us. They claim now that children can play five or sex gender roles,” Mr Putin said.

Public opinion on LGBT issues varies greatly depending on which country you look at.

Meanwhile, an Ipsos Mori survey of 16 countries, including France, Germany, the UK, Hungary, Poland, Italy, Spain, and the US, found that a majority of people felt people should be allowed “to dress and live as one sex even though they were born another”.

The survey also said “a strong majority of people around the world would like their country to do more to support and protect transgender people” – although Hungary and Poland were among the exceptions.

Are liberal parties losing to populist ones?

It depends – the whole picture’s kind of messy.

In the latest European Parliament elections, populist and nationalist parties did well in Italy, France and Hungary, but did worse than expected in other countries, including Denmark and Germany.

In the UK, the Eurosceptic Brexit Party won the most seats – but overall, anti-Brexit parties had a higher vote share than pro-Brexit ones.

There has been a rise in voter support for right-wing and populist parties in many countries – including in Spain, Italy, Austria and Hungary.

But other countries have bucked the trend – including Slovakia, which elected a liberal president, Zuzana Caputova, in March.

Scandinavia also seems to have followed a different pattern – with Denmark, Sweden and Finland all electing leftist governments in the past year.

The rise of populism “is a phenomenon – nobody can doubt that”, says Prof Cox. “But the idea of populism taking over the whole of Europe and the world is overdone, I think.”

Why is Putin saying this now?

“Putin’s position is that Russia has a specific and different kind of civilisation, where sovereignty trumps democracy, and national unity and stability trumps rule of law and human rights,” says Prof Cox.

“Not surprisingly, he’s not keen on Western-style liberalism, which he’ll see as a fundamental challenge to his style of government.

“More broadly, he’s also trying to send the message that there’s an alternative to the liberal-style, capitalist, democratic model of society.”

All leaders, of course, have an interest in pushing their world views – and speaking out just ahead of the G20 summit, at a time when liberal systems are seen to be under pressure, is probably as good a time as any for Mr Putin to make his case. 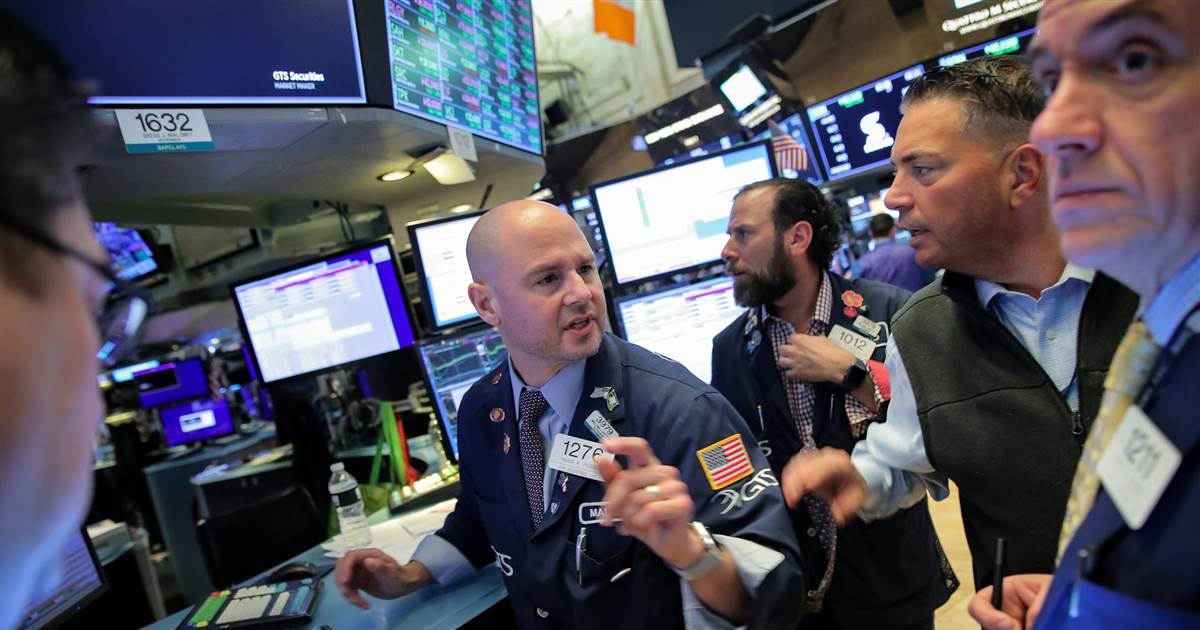 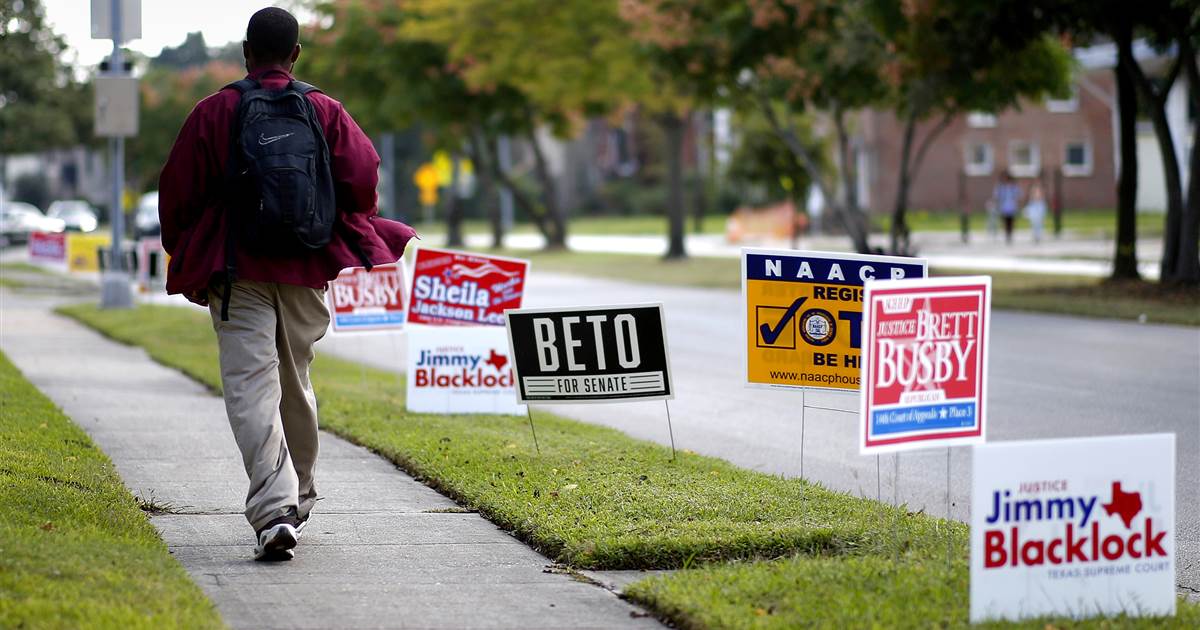 Keep Texas red? Republicans may have a new law for that. Age- and race-related demographic changes, as well as a statewide blue-wave […] 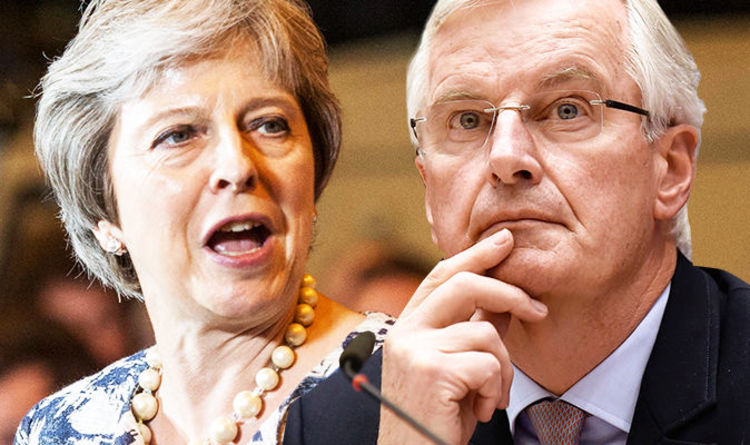 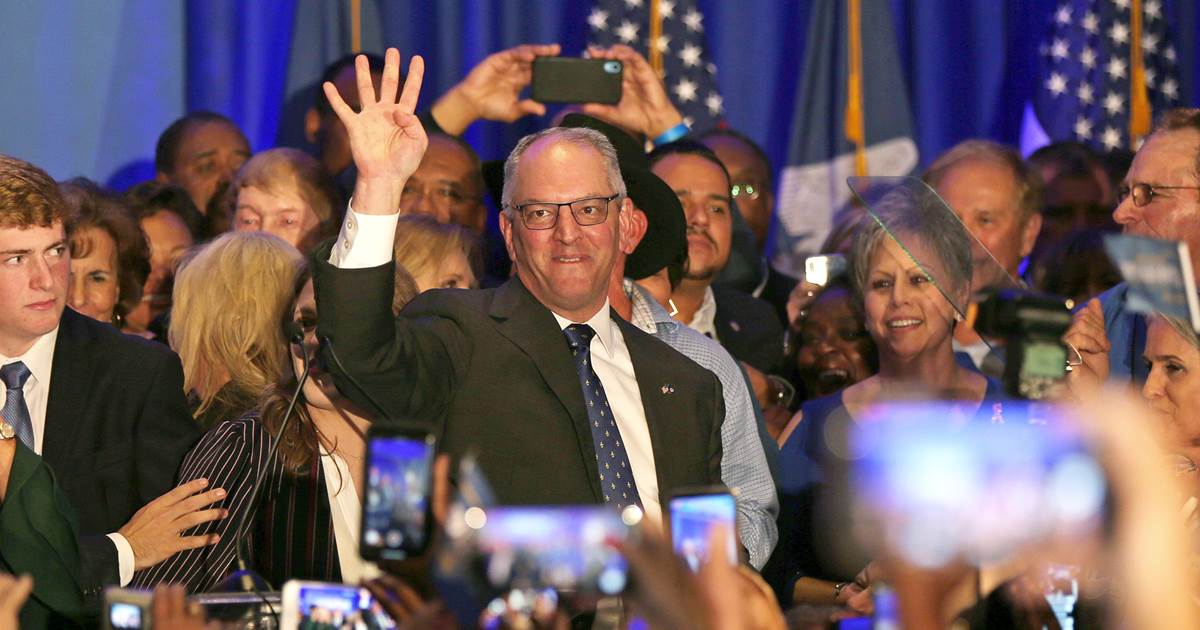 The re-election victory by Louisiana Gov. John Bel Edwards over the weekend has assured Democrats of an all-important place at the table […]