LONDON — In the seven days that Richard Ratcliffe has been camped outside the front door of the Iranian Embassy in west London, workmen there have embarked on a curious flurry of do-it-yourself projects.

They washed and sanded down the railings using power tools, erected large metal barriers and even called police several times to complain that Ratcliffe’s tent was blocking the sidewalk for passing strollers, he said.

He’s certain this sudden spike in activity is no coincidence. He believes the Iranians — even in a free, democratic city such as London — are trying to harass him into silence.

Far away from the regional tensions that preceded President Donald Trump’s aborted military strike on Iran, Ratcliffe represents perhaps the most potent international demonstration against the well-documented human rights abuses of the country’s semi-theocratic regime.

On June 16, he constructed a small encampment of tents and folding chairs outside the embassy. Occasionally joined by the odd supporter or activist, he is protesting against Iran’s three-year imprisonment of his wife, Nazanin Zaghari-Ratcliffe.

Since then he has refused to eat in solidarity with her own hunger strike, which started at the same time. While his wife remains hidden from the world in Iran’s judicial system, Ratcliffe told NBC News last week that his “job is just to be the visible face of her suffering.”

The embassy has responded by “trying to harass us off the street,” he said, trying to make life as difficult, uncomfortable and noisy as possible for the one-man demonstration on their doorstep.

“This a free country, do they not understand that?” said Alison Richardson, 61, one supporter who came to visit Ratcliffe when he was speaking with NBC News this week. “It made me feel absolutely outraged. How dare they do that?” she asked, pointing to the large metal fence. “It’s absolutely shocking.”

Zaghari-Ratcliffe is a British-Iranian aid worker who was detained at Tehran’s airport in 2016 while about to fly back to London. She was sentenced to five years in prison on what the United Nations, activists and her family say are trumped-up allegations of trying to overthrow the Iranian regime.

The British government has given her diplomatic immunity, while its foreign secretary, Jeremey Hunt, has pleaded with Iran to release “an innocent woman” who is “vulnerable, unwell and scared.”

The Iranian Embassy in London did not return NBC News’ request for comment. But this month the ambassador defended the actions of staff and workers at the building, tweeting that the entrance needed to be “cleared of persons and media to ensure security and peace of mind for diplomats.”

Entrance and the pavement are the essential parts of the Iran Embassy building and needs to be cleared of persons and media to ensure security and peace of mind for diplomats entering the Embassy. Civil protest should be organized at other side of street under Police supervision.

Though she’s now been moved to a communal women’s block, Zaghari-Ratcliffe, 40, spent months in solitary confinement, sleeping in a tiny, squalid cell and subjected to what her husband calls “psychological torture.” He says this involved being told her family had abandoned her case and having no human contact for days.

Their daughter, Gabriella Ratcliffe, was with her mother on vacation at the time and has been unable to leave the country. Staying with her grandparents, she celebrated her fifth birthday last Saturday, the same day her parents stopped eating.

Zaghari-Ratcliffe is just one of several detainees in Iran who have dual nationalities or Western links. Earlier this month, Nizar Zakka, a Lebanese citizen and American resident, held on allegations of spying for the U.S., was freed after four years.

For a short time, he was in the same building as Zaghari-Ratcliffe, and said following his release that he was subjected to physical and mental torture.

Richard Ratcliffe called Zakka’s release a “good sign” and wants “more of the same” from Trump, adding, “I always feel the Trump administration should make the U.S. hostages a higher priority” than it does.

Ratcliffe, 44, is an accountant from the sylvan London neighborhood of West Hampstead. He bears the graying stubble of a man who has slept in a tent on the sidewalk for four nights, enduring the gray skies and drizzly showers that pass for a British summer.

He spoke in an almost hushed voice, perhaps conscious of being overheard by the people watching him through the windows of the embassy, a grand, stucco-fronted terrace built on the fringes of Hyde Park in the 1850s.

The building has a dramatic past. In the spring of 1980, a year after Iran’s Islamic Revolution, it was stormed by Iranian separatists. They held 26 people hostage and sparked a six-day siege that only finished with a dramatic, televised raid by British special forces.

On Wednesday last week, three officers with London’s Metropolitan Police were stationed nearby, and Ratcliffe appeared remarkably calm and together. He had spoken with his wife that morning in the eight-minute call permitted by Tehran’s Evin Prison, where she’s detained.

It’s the same prison sanctioned by the Treasury Department in May last year for deploying “brutal tactics … including sexual assaults, physical assaults, and electric shock.” While Ratcliffe made no suggestion his wife has been subjected to similar practices, he says her time in detention has taken its toll mentally.

“She’s much more traumatized and volatile in her moods, and she has lots of panic attacks,” he says. “That’s a direct result of being in solitary confinement and the psychological torture and abuse she suffered.”

The Metropolitan Police would not confirm whether staff at the London embassy had called the police on Ratcliffe. A spokesman would only say that it is regularly in contact with several embassies in London to “routinely discuss any particular security concerns they may have,” adding that during demonstrations near these buildings, the Met’s policy was to “facilitate protest ensuring security is not compromised.”

Global attention concerning Iran has recently centered 3,500 miles from London, in the Gulf of Oman, where the United States has accused the Iranian regime of sabotaging oil tankers and shooting down one of its surveillance drones.

On Friday, Trump confirmed that he had been within 10 minutes of striking three targets in Iran, but refrained after being advised the operation would likely kill 150 people, a toll he said was disproportionate to the downing of the unmanned drone.

While the facts precipitating these tensions are being debated, Ratcliffe’s protest concerns something far less controversial among Western countries �— Iran’s “rampant violations” of human rights.

During his short tenure as British foreign secretary, Boris Johnson made what he later admitted was a blunder, telling a parliamentary committee Zaghari-Ratcliffe was in Iran to train journalists.

Backed by the British government, her family vehemently denies this, saying she was merely in the country on vacation. But Johnson’s remarks were seized upon by an Iranian court and the country’s state-run media as proof Zaghari-Ratcliffe was engaged in propaganda and espionage.

In particular, Iran’s Press TV network quoted Johnson’s remarks as evidence Zaghari-Ratcliffe was in the country to recruit for BBC Persian Television, a network it sees as “an extension of Britain’s anti-Iran propaganda machine” and tantamount to “espionage.”

Johnson’s gaffe caused widespread consternation in the U.K., viewed by some as evidence he could not be trusted with the responsibilities of high office.

In a televised leadership debate last week, Johnson claimed the statement “didn’t make any difference” to the case.

“It didn’t make any difference? How dare he,” Ratcliffe shot back the next morning.

For now, Ratcliffe hopes the renewed interest might gain his wife some traction.

“Before all this she was a very light-spirited, joyful person,” he says, “and she will be again, but it will take time for us both to journey back to ourselves.” 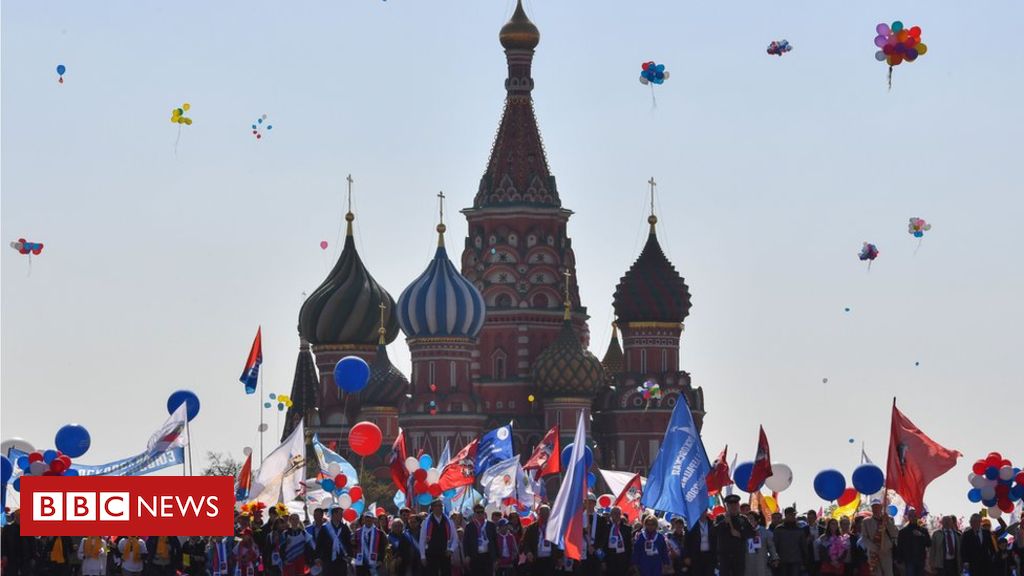 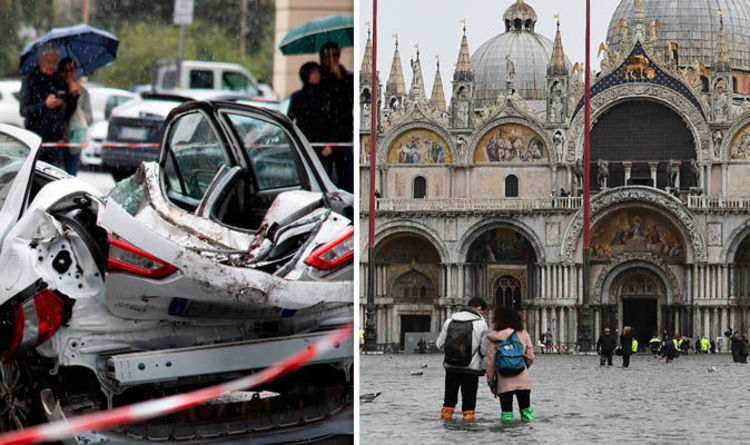 A total of 15 people fell victims of the weather in Italy within the past days. Just this week four people died, […] 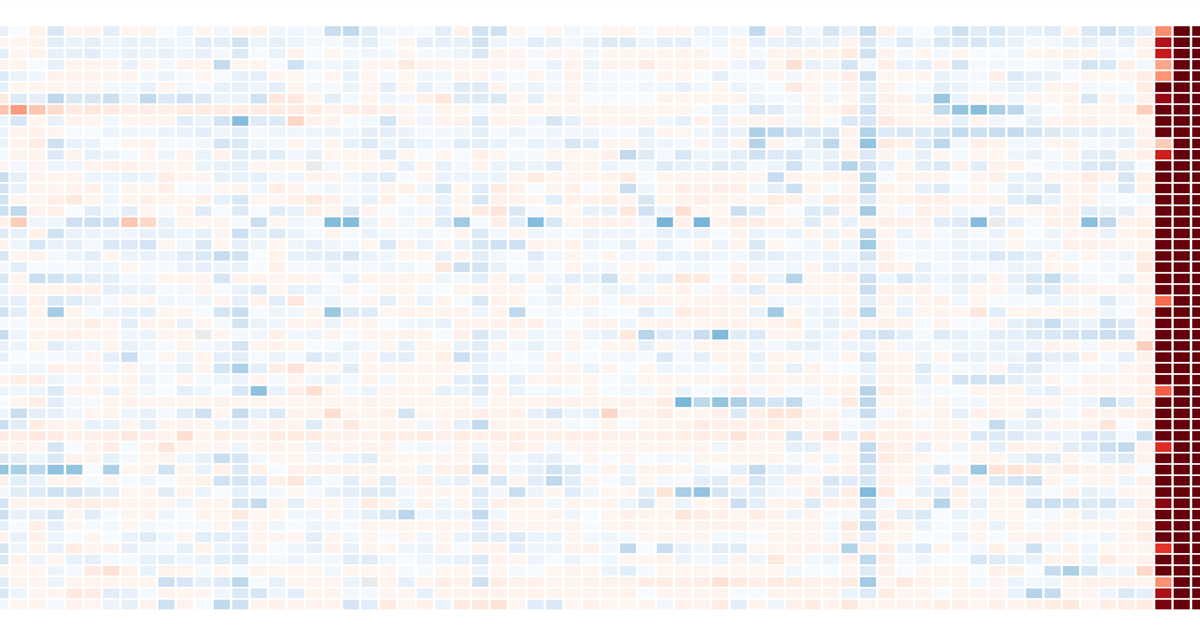